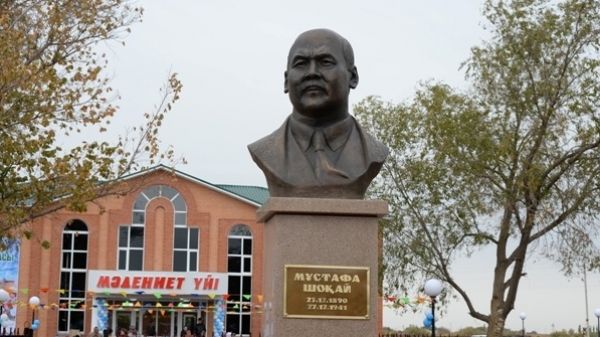 — Mustafa Shokay — the personality which is not yielded to the one-sided characteristics and not entering habitual framework. Being at the epicenter of the events of that time, he tried to defend the interests of the left at the periphery nation. That is why it is difficult to give him a decisive assessment as the proponent of white, red or other political forces. Along with that, for the sake of the freedom of his countrymen Mustafa was ready to fight with anyone“, said by opening the forum K. Kusherbayev underlying that, unfortunately, even the name of Mustafa Shokay was left under prohibition.

The head of the region reminded that after gaining independence the Head of the state commissioned to collect information about meaningful historical personalities of the Kazakh people. M. Shokay’s heritage left abroad was returned to his homeland. In particular, from the book fund of the library of Eastern languages of Paris III New Sorbonne University and other sources the majority, including very valuable evidence and copies of documents filling the funds of the National archive and Kyzylorda regional archive, was taken. The published memories of his spouse, political counterparts shed light on M. Shokay’s personality. Nowadays, Kazakhstani streets hold his name, it entered the textbooks in history, the films about him were shot. The akim of region indicated the importance of continuation of fundamental research of activities and scientific works of M. Shokay, especially for the younger generation.

— Before us the task not to let our youth lose their national roots, national identity and national traditions is set, K. Kusherbayev said. The archive record with M. Shokay’s voice was demonstrated to the conference participants. “The unity and togetherness are necessary. And then you will be able to conquer any enemy, you will be able to accomplish any deeds”, was his appeal to Turkestani youth. Within the framework of the forum about a half and a hundred scientific reports, in which the speakers presented the deep analysis of creative and political activities of the opponent to the totalitarian regime of Stalin and fighter for the independence of Turkestan, were heard. They also told about the carried out large research work on the search of the creative heritage of M. Shokay in the USA, France, Germany, Poland, Turkey.

The celebrations continued in the native settlement of the hero of anniversary — Sulutobe of Shieliysky district. Here, the House of Culture and bust of Mustafa Shokay were opened. Then, the multiple guests headed by the Akim of the region visited the regional competition of akyns “Kornekty tulga — Mustafa Shokay”, held in the concert hall of the new club, and in the village school they became familiar with the rich exposition of M. Shokay museum.