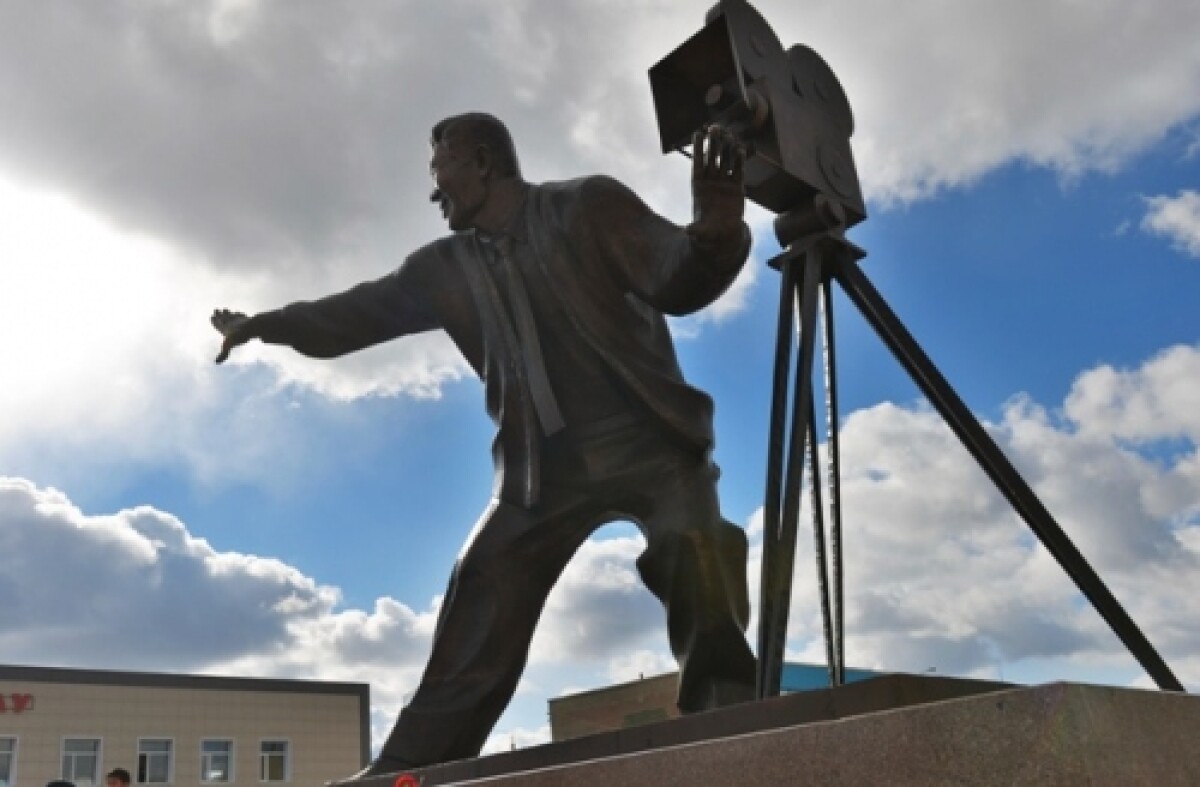 The opening of the monument to the people’s artist of the USSR, a prominent film director Shaken Aimanov was opened in Bayanaul

The founder of Kazakhstan’s cinematography was born and raised in the family of peasant-herder in the Irtysh region. He graduated from the secondary school here and studied at Kazakh Pedagogical College in Semipalatinsk. Shaken Aimanov liked to shoot films in Bayanaul and use scenic shots of those places.

The bronze composition with the height of 4 meters clearly imparts the character and image of the person whom it was devoted. Shaken aga is depicted with a cinematic camera, which was used during his life and as he is giving the command «Action!» and directing the film-making process. As the head of the region Kanat Bozumbayev noted, Shaken Aimanov was a genius and his name would always stay in the history of Kazakhstan.

The author of the sculpture is Askar Nardov, the monument with the cost of 64 million KZT was established for the patrons’ resources. The whole village gathered for the opening ceremony. A granddaughter of the famous film director — a musician Dina Aimanova arrived from Almaty.

She expressed gratitude to all the participants of the event: «Today I have met with people who remember by grandad and can tell a lot about his character. They all consider, that Aimanov in bronze is very similar to the person they used to work», — said Dina Aimanov. The granddaughter of the legendary actor and film director dreams that the surname of the Aimanov will appear on the screens soon.

-I have no relation to the cinematography, — she said, — But my son might continue the work of his great —grandfather. People remember my grandfather with great love and warmth and I am very pleased. I am very grateful to everyone that they have preserved this love for long years,- said the granddaughter of the public’s favorite.

Akim of Pavlodar region Kanat Bozumbayev, press-secretary of Kazakhfilm Almas Zhumagulov attended the ceremony of the monument’s opening, in addition, former Deputy akim of Pavlodar region, a member of the Mazhilis Aliya Galimova said her congratulations. The teachers who played in his films many years ago came to honor the memory of the fellow countryman. After the monument’s opening in the local Culture Center, the footage from Aimanov’s films were demonstrated on the screen and the singers from Bayanaul performed songs from these films at the same time. It should be noted that there was no monument devoted to the great countryman in his homeland, only native streets were in honor of him.