The caravan from Xian arrived in Taraz 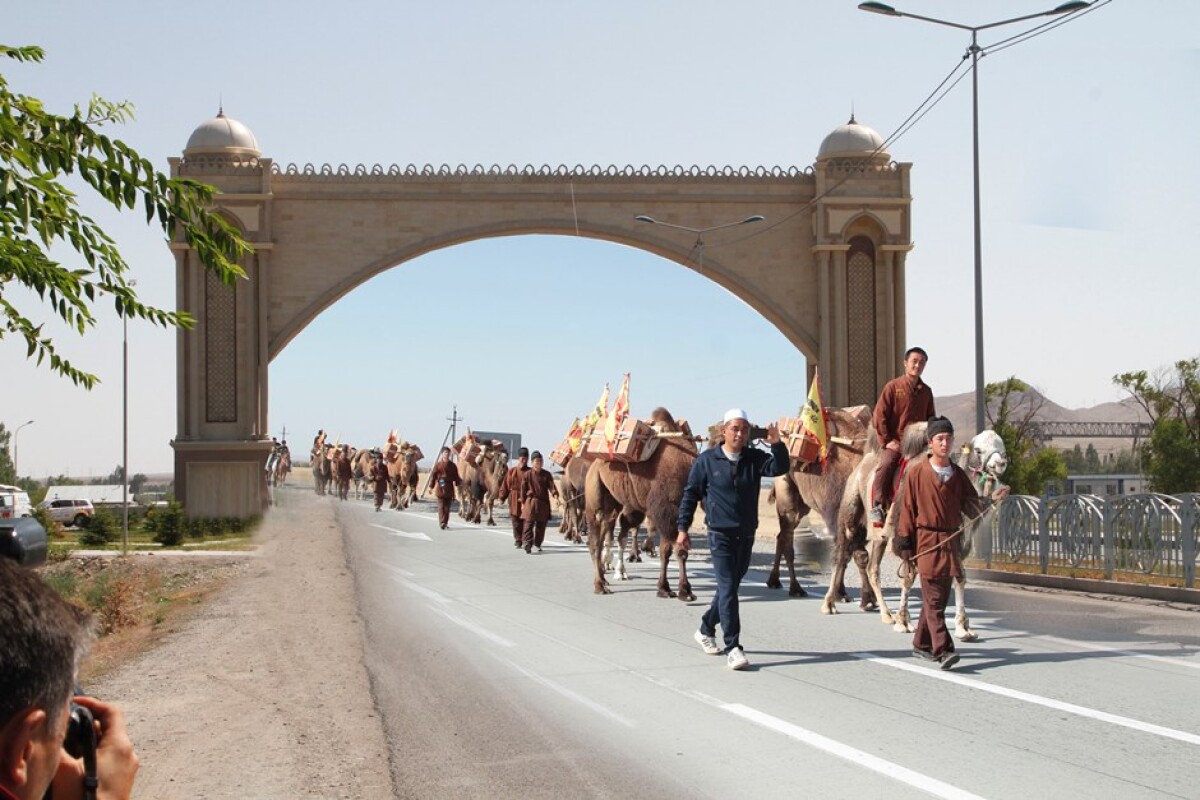 The Caravan “China and Kazakhstan: Tea culture of the Great Silk Road” has embodied the idea of the Heads of Kazakhstan and China on the establishment of the economic zone of the Silk Road

A year ago walking caravan of friendship and cooperation «China — Kazakhstan: Tea culture of the Great Silk Road» directed from Xian to ancient trade routes. The caravan carried valuable Deyang treating tea Fuca grown in Shaanxi province and arrived in Taraz by the beginning of the 550th anniversary of the Kazakh statehood. 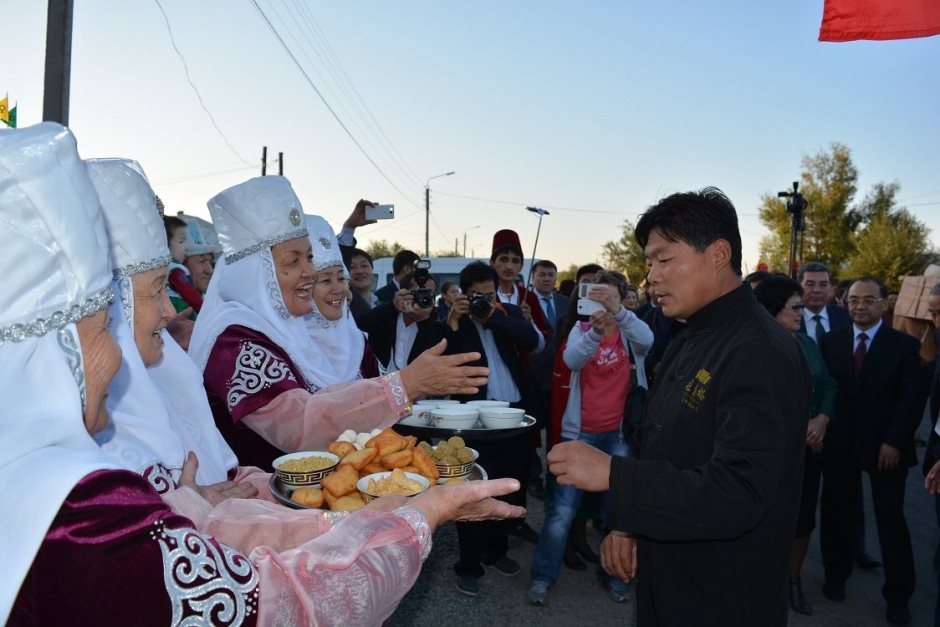 «Dear farmers of this picturesque zhailyau who hosted us so gladly! —the project manager said. On behalf of all the organizers and participants of the caravan, I express gratitude for such warm meeting. Our caravan took the road September 19, 2014. The road was not so easy. We walked through the snowy mountain passes, desert sands of the Gobi, the sultry steppes of Kazakhstan, passed the territory of five provinces and two regions while arrived at your wonderful land. We are pleased to have such warm welcome. We feel welcomed guests and brothers».

He noted that in 2013 the chairman of PRC XI Jinping expressed the hope to revive the Great Silk Road with joint efforts and proposed a new economic concept of the project. 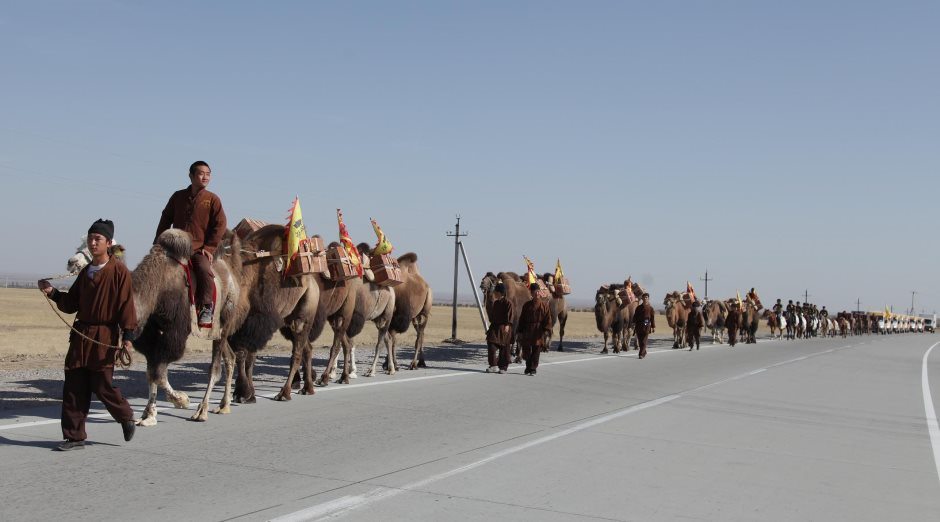 «President Nursultan Nazarbayev accepted the offer. Recently during the visit to Beijing in honor of the 70th anniversary of the Great Victory your President has noticed that Kazakh section of the route is ready. Chinese people warmly welcomed this message. It was the fourth meeting of our leaders this year, which proves the friendly relations of our people and states» — said Joe.

The Chinese company «I-Ze Fuca» intends to embody the ideas of the Head of friendly states through this project. «By the caravan of friendship and cooperation we unite two important dates — the 550th anniversary of Kazakh Khanate and the 66th anniversary of the formation of the People’s Republic of China» — he emphasized.

The caravan of 22 camels and five carts loaded with tea is slowly moving leaving the dust behind through the alley decorated with banners of tribes united 550 years ago into the first Kazakh state. The caravan of friendship arrived in Zhambyl region. 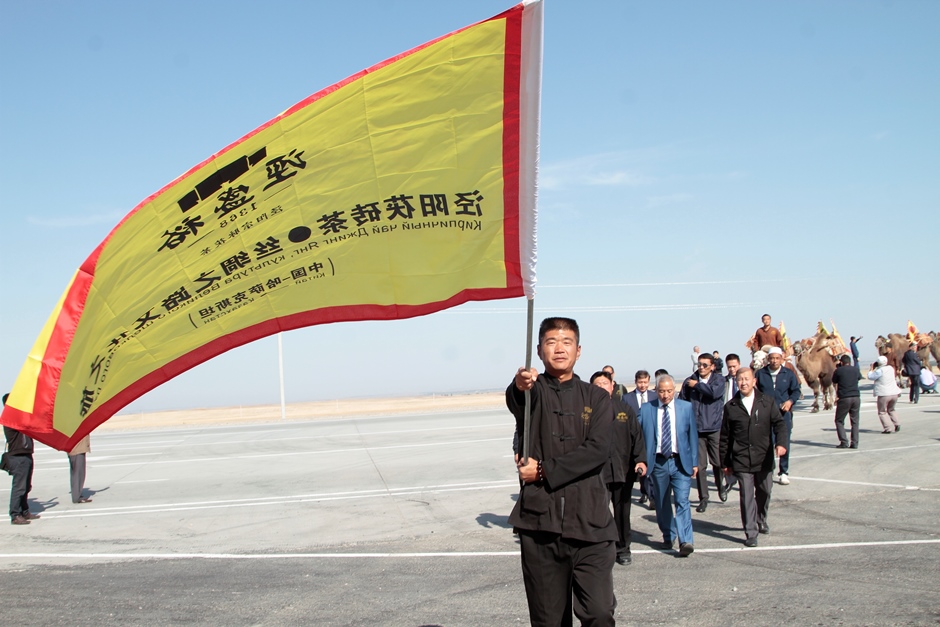 The organizers of the trip with length over 5 thousand km were Association of the Dungans of Kazakhstan and «I-Ze Fuca» company (Xian, the PRC). The main operator of Kazakhstan’s part of the international expedition is the Chamber of entrepreneurs of Almaty region and Public fund «International Academy of cultural and economic cooperation «New Silk Road». The organizers of the event are the administration of Saran, akimats of Almaty and Zhambyl regions, Almaty. 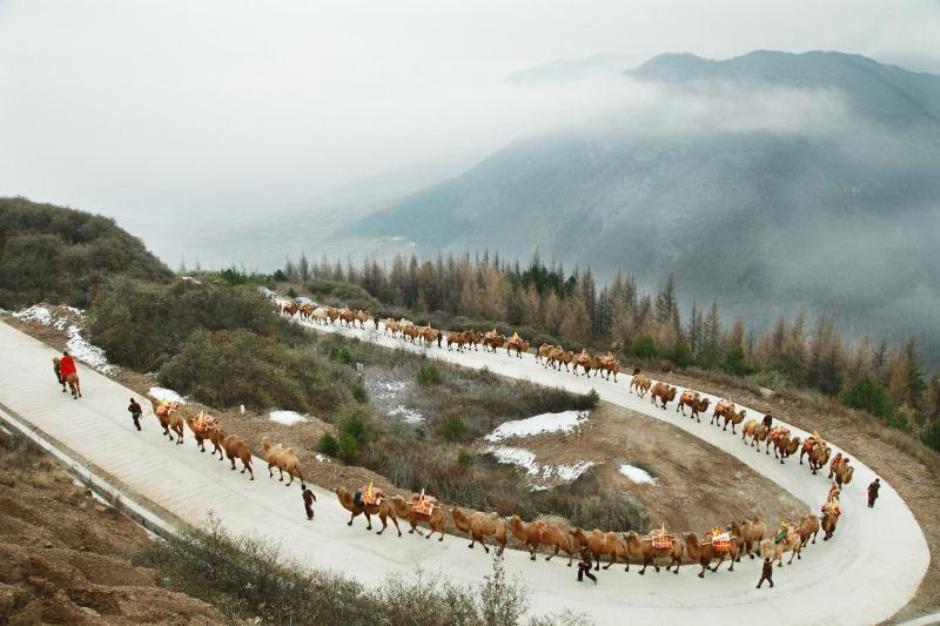 The President of the Association of Dungans of Kazakhstan Khussey Daurov also mentioned the importance of the ongoing campaign.

-The Great Silk Road was forgotten for hundreds of years, the voices of the caravan were not heard, caravan-barns were empty. Now the caravan of friendship and cooperation again passed through it. It is a symbolic event,- he noticed. —Of course, the caravans of camels will not pass it, but heavy vehicles probably will. Transit potential of Kazakhstan will increase. I will give impact to the development of economic cooperation. The Great Silk Road will be filled with new content, new projects and bring together neighboring countries.