Gifts to the 550th anniversary of the Kazakh khanate 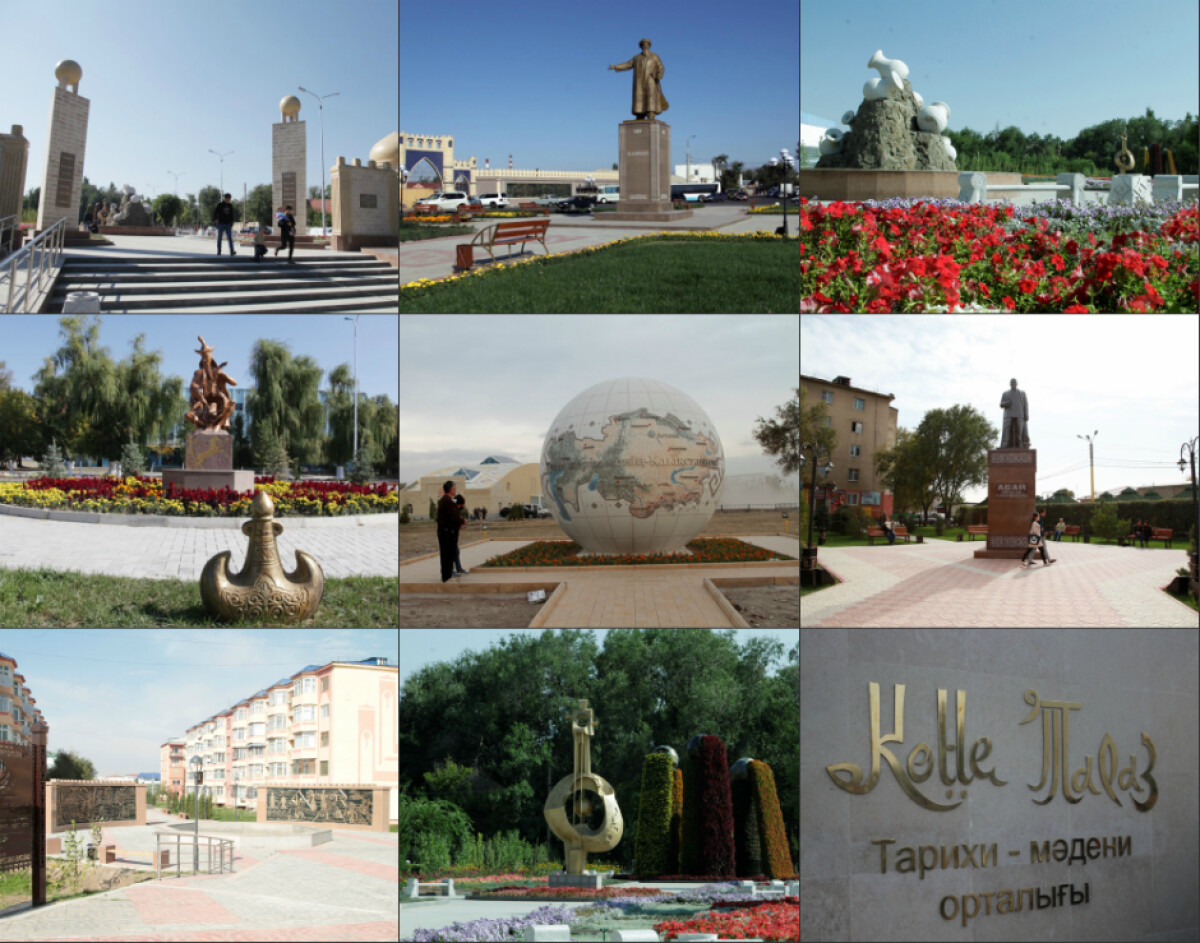 In different parts of the city of Taraz the concerts of the artists of Almata, Kyzylorda, South Kazakhstan regions, Almaty and districts of Zhambyl region were held.
During three days the best on-stage performance groups from various regions of the country and districts of Zhambyl region were performing for the residents and guests of Taraz. Also, guests could see the theatre performances and become the spectators of the Gala Concert with the participation of the local stars. 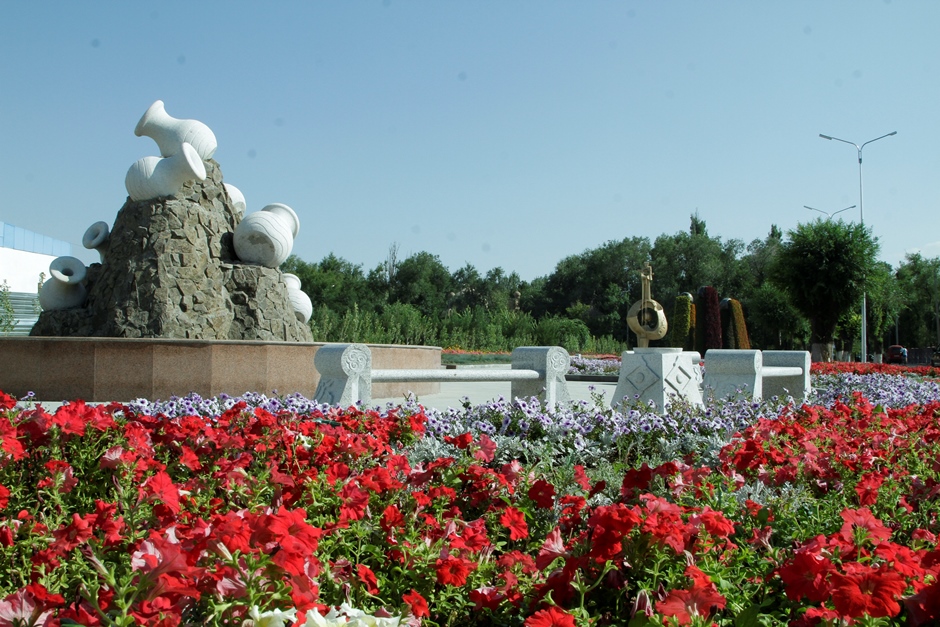 In different parts of the city of Taraz the concerts of the artists of Almata, Kyzylorda, South Kazakhstan regions, Almaty and districts of Zhambyl region were held. The stages were set up at the central square “Dostyk”, stadiums “Ulan” and “Zhastar”, also in May grove. Each region, besides the concert program with the participation of the best dance troupes, ensembles, soloists of folk and pop genres, presented the video-presentation about the history of Kazakhstan and it social-economical development. 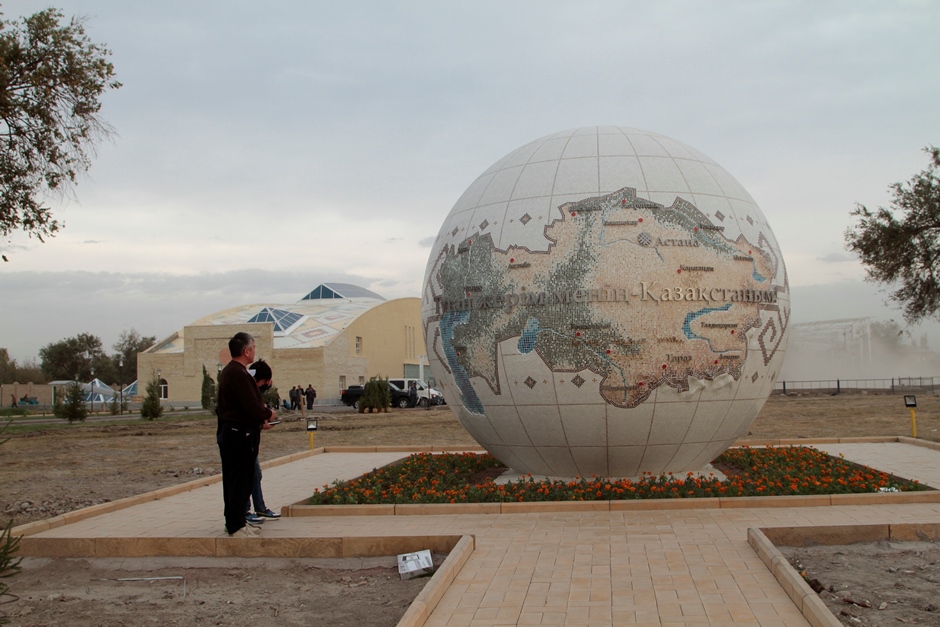 From a single Almata region 150 people came to Taraz, the same number from South-Kazakhstan, and 50 – from Kyzylorda and hundreds of artists from the regions of Zhambyl region.

The part of festive events stood out to be the exhibition of artisans. There could be seen the items and adornments made of wood, jewelry, ceramics, musical instruments, pictures and national clothes. 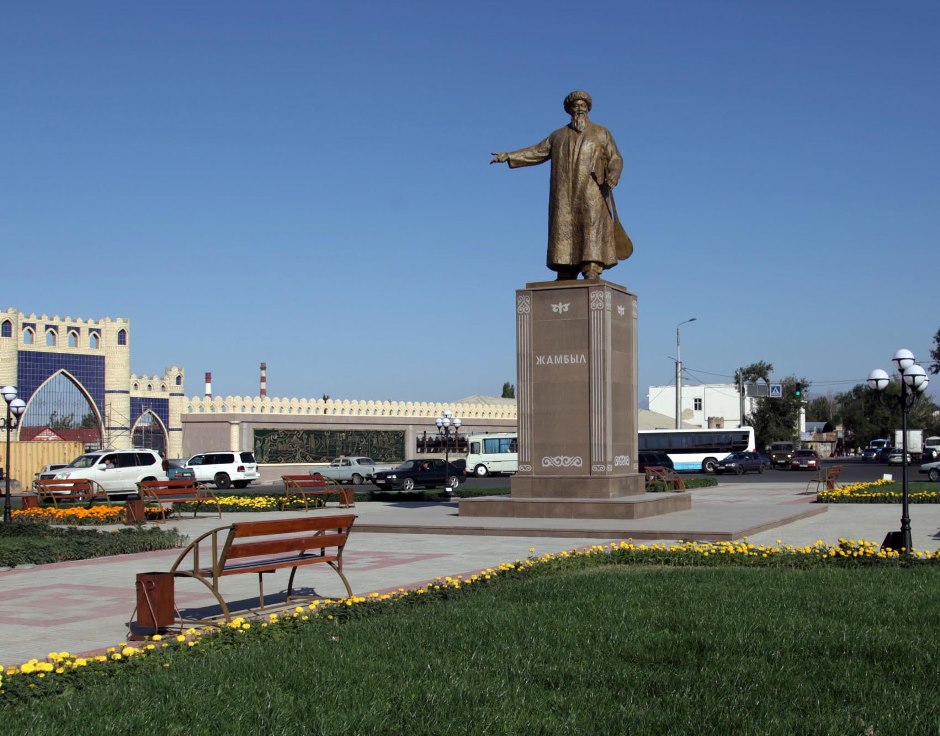 Also, during the year Taraz as the main orginazer of celebrations accepted the gifts from all the regions of the republic.
Almata region contributed to the celebration of the 550th anniversary of the Kazakh khanate in Taraz. The first unusual present for the citizens of Taraz was the major repair of the monument to akyn Zhambyl Zbabayev. All the works were accomplished by the art group of architects and builders of the region under the supervision of the honoured architect, cultural figure of the Republic of Kazakhstan Kazbek Zharylgapov. 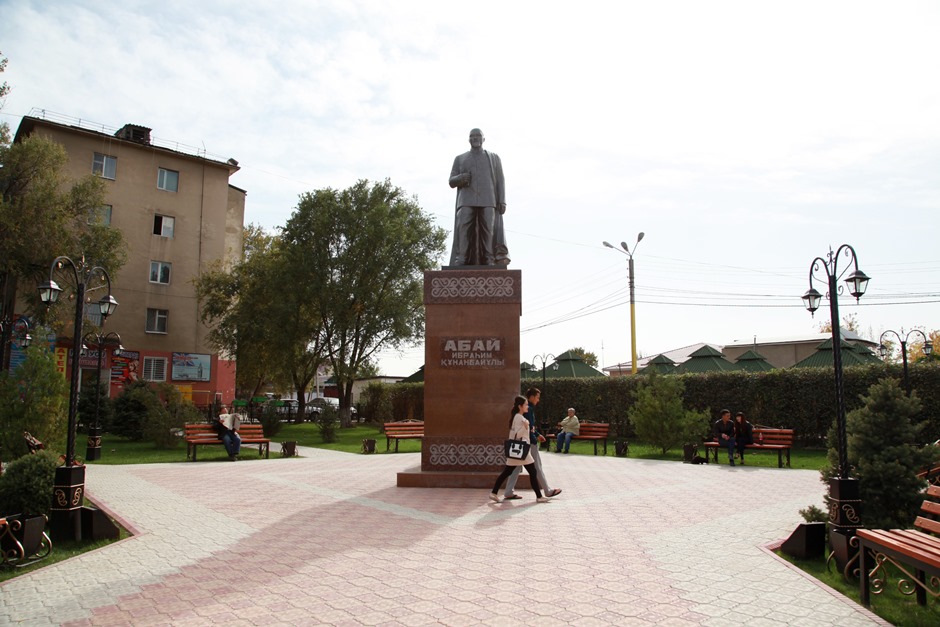 And the second present became the setting of two-meter bas-relief from both sides the acre of the market “Shakhristan”. As it was reported in the Press service of the akim of Almata region, in the celebrations in honour of the 550th anniversary of the Kazakh khanate the best solo artists and art groups of the regional philharmonic named after Suyunbay, actors of the Drama theatre named after B.Rimova, masters of arts and crafts, artists, musicians, social activists and journalists of Almata region took part. The bright concert program, yurt town, various workshops and exhibitions became one more present for the citizens of Taraz and guests of the city. Moreover, the presents from other regions of Kazakhstan were made. 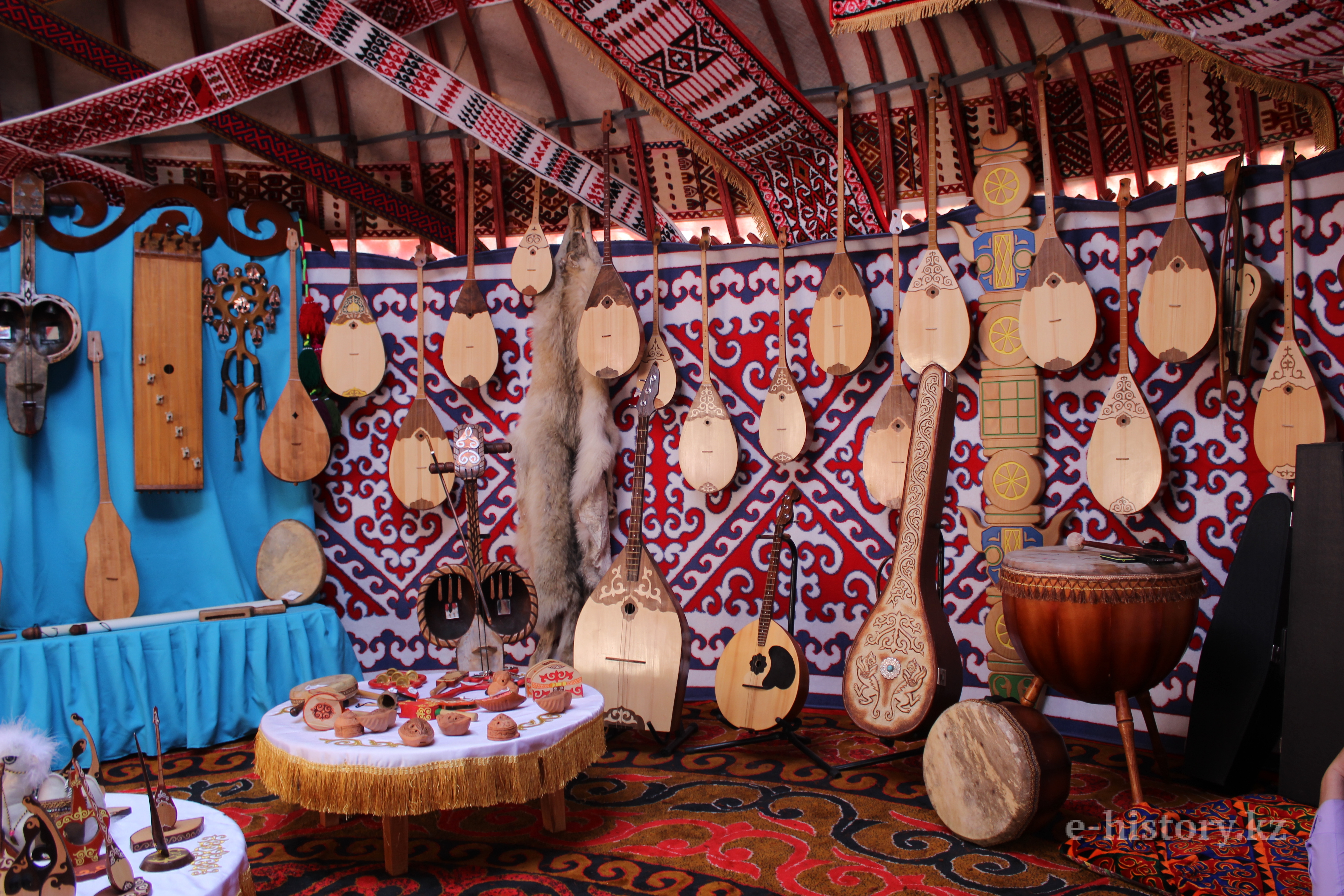 Even in Washington they made a gift to the 550th anniversary of the Kazakh khanate. In the embassy of Kazakhstan the “Illustrated history of Kazakhstan” was presented in the English language. The author of the work Jeremy Tredinnik tried to show the past and present of the people of the Great steppe through illustrations and maps. Over here, the book by Berdibek Sokpakbayev “My name is Kozha” and collection of compositions by Mukagali Makatayev were presented in the English language to American readership. 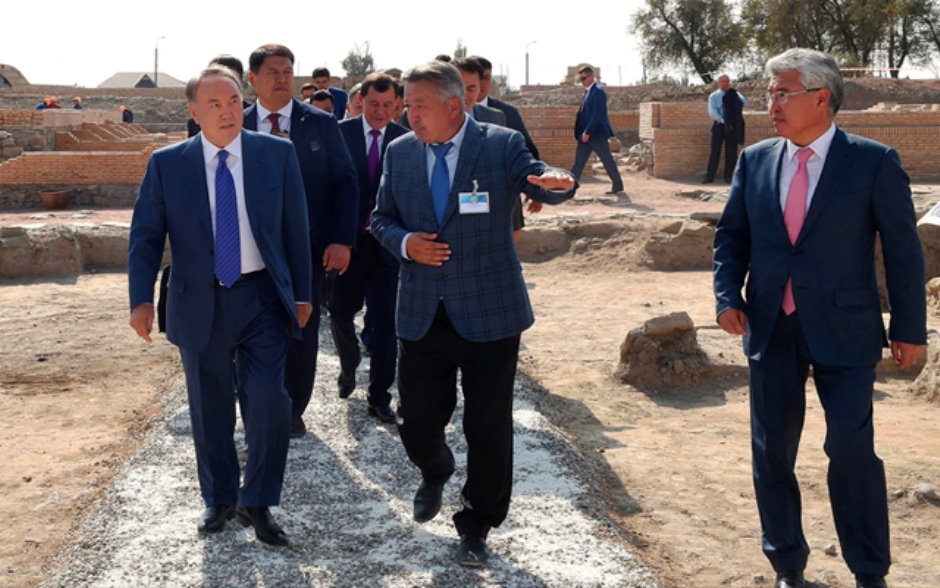 To remind, it is worthy to say that the President of Kazakhstan Nursultan Nazarbayev participated in the festive celebrations in Taraz. He opened the monument in honour of the celebration of the 550th anniversary of the Kazakh khanate. Also, the Head of the state visited the museum “Ancient Taraz”, viewed its exposition, conducted the meeting with the representatives of clerisy, residents and guests of Zhambyl region. Besides, Nursultan Nazarbayev visited the Archeological park (Museum under the open sky), where he saw the archeological diggings. As a whole, nearly 5000 guests visited the celebration. 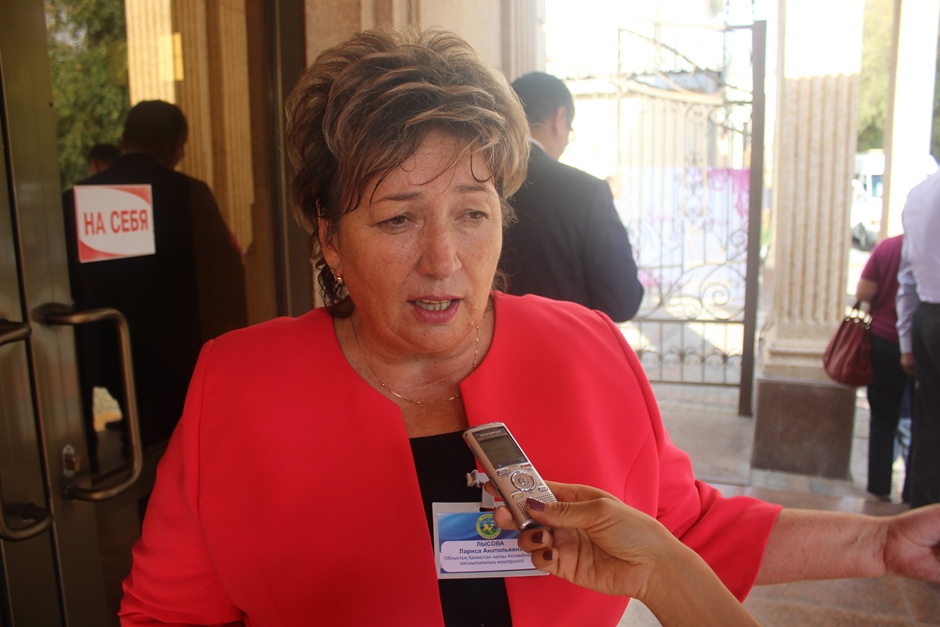 “The city of Taraz was attired to the celebration, got the new second birth and a certain gloss. Everything that was created in this city, among which are the Monument “Mangilik El” and archeological park “Kone Taraz” would induce to the education of the patriotism of the people of Kazakhstan, namely, love for the motherland and devotion to those ideals of ancient times which were advocated by Zhanibek and Kerey. While talking about the celebration of the 550th anniversary of the Kazakh khanate, for the members of the Assembly of people it is, first of all, the unique possibility to demonstrate to the whole world the truth that the people of Kazakhstan is the integral whole. At the territory of Zhambyl region more than 80 ethnical groups live, and in the given case each ethnical group is mutually enriched by consolidating around the Kazakh ethnos. In the expedition “Uly Dala Eli”, meeting of the caravan from the city of Siayn, foremost, our youth of different ethnic groups participated. It is important to know for them that the history of the creation of the Kazakh khanate was based on the principal values: unification, peace and accord. From the earliest times, we were the intersection of the Great Silk ways and cultures, which imposed their unique print”, Larisa Lysova, a Head of the Secretariat of Assembly of People of Zhambyl region, said.