The game of Kazakh khans – polo has revived 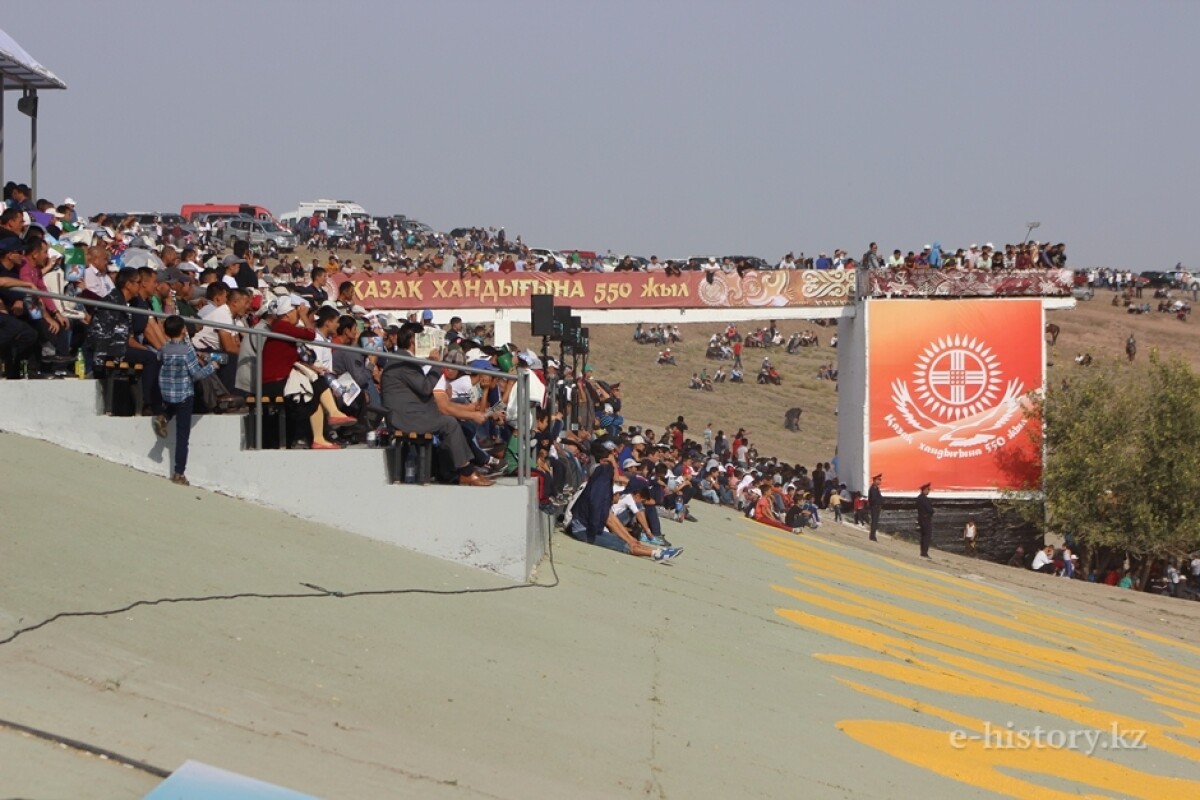 Polo on horseback has a Kazakh name “shogen”, the founders of this game is the nomads, the Turks, who formed this game on Kazakh land
Within the framework of the celebration of anniversary events, residents of Taraz were presented a new kind of sport for the region — polo. Also derby, top and alaman baiga were held. 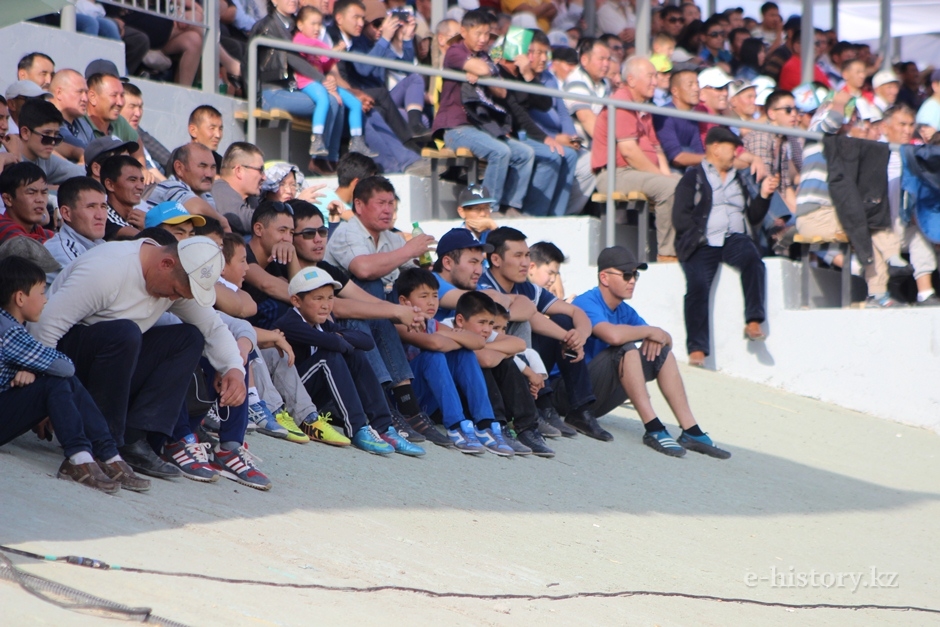 The Minister of Agriculture, the President of Polo Federation of Kazakhstan Asylzhan Mamytbekov, deputy akim of Zhambyl region Abdaly Nuraliyev and head of Department of Physical Culture and Sport of Zhambyl region Gamlet Kainarbekov greeted the guests. 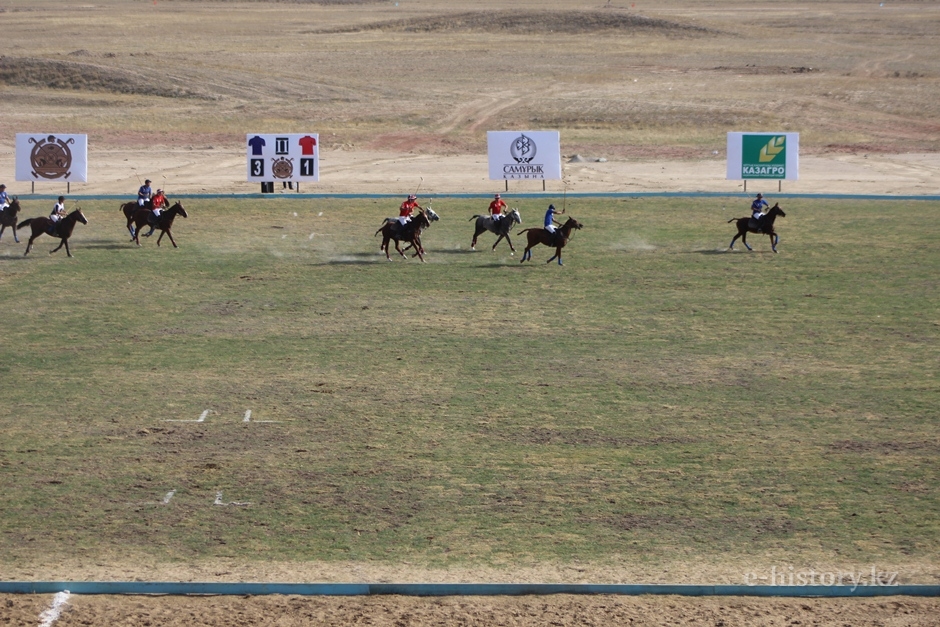 Polo is a phenomenon with a thousand years history and the most ancient team game. This game was brought by British officers to Europe in late 19 century. After a few decades, polo received a big popularity and was included in the program of Olympic Games. 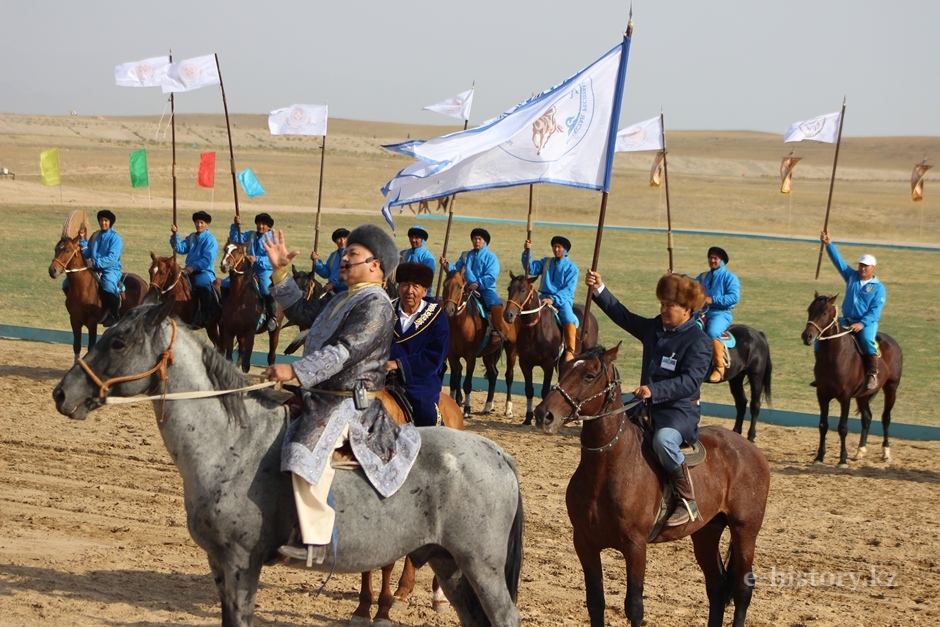 The guests of the event got acquainted with the rules of polo, and then they held a demonstration game. Four people play in one team. The game lasts for two halves of 7 seven minutes. Each player in the match changes the horse several times. Sportsmen do not have such titles as master of sport, there are handicaps. The highest is the tenth handicap and the beginners have minus two. The President of Polo Federation of Kazakhstan Asylzhan Mamytbekov will comment the game on the field. 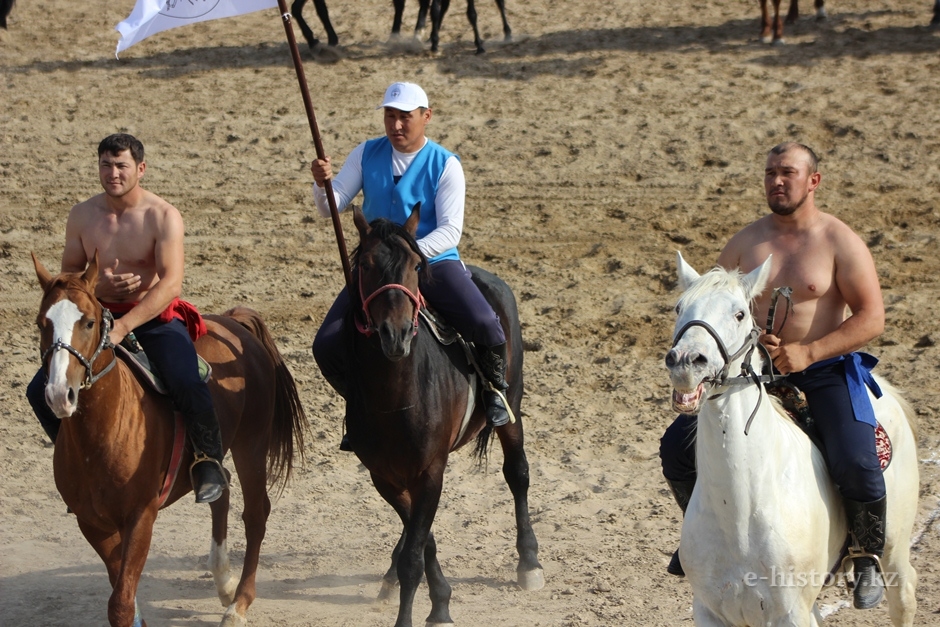 Derby (a horse race at a distance of 2,4 kilometers), top baiga (21 kilometers) and alaman baiga (31 kilometers) were held. All competitions were held on the raceway «Atshabar». 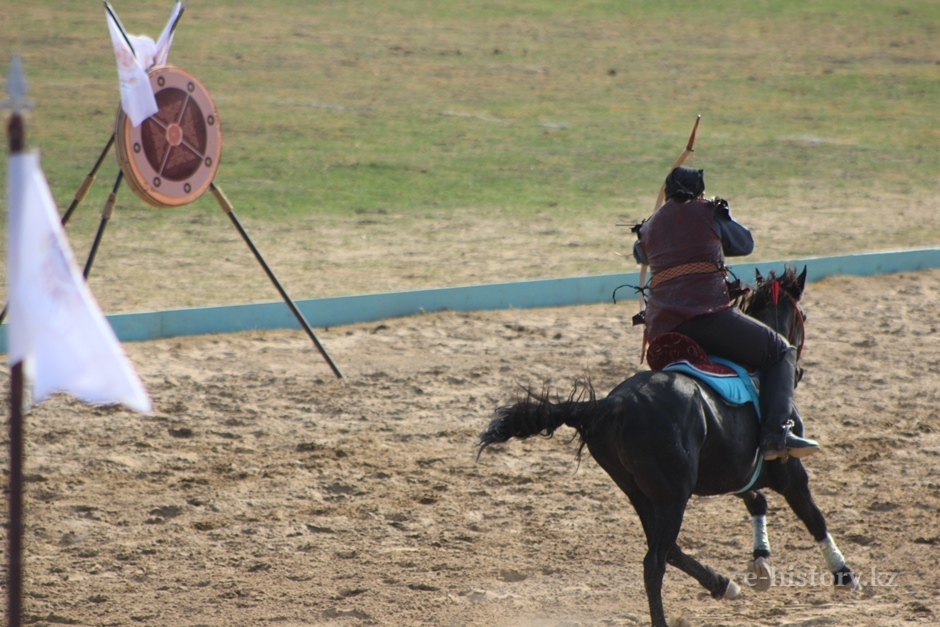 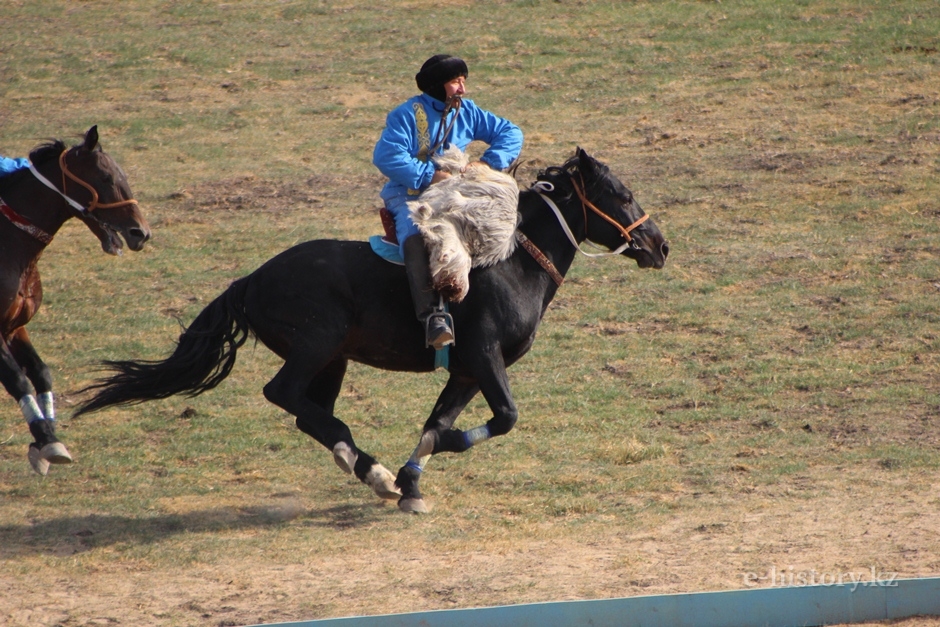 Moreover, performances of Kokpar participants and archers were held on the racetrack «Atshabar». 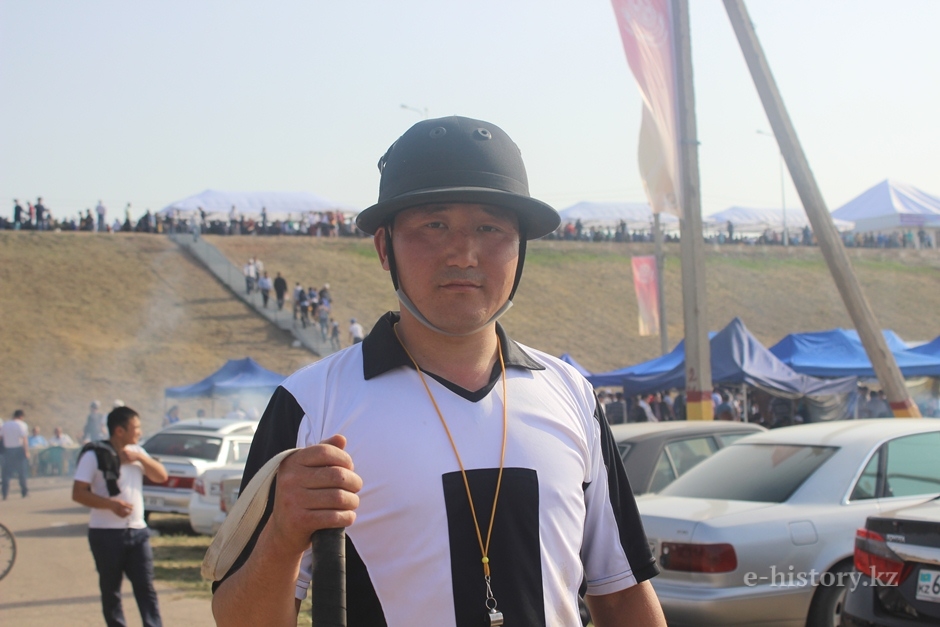 -This event is held for the first time in Kazakhstan in the honor of the 550th anniversary of the Kazakh Khanate. This kind of sport is played in the Unites States and Europe, but it was founded on our land. I am glad that this kind of sport is reviving and I hope that it will require a national level in Kazakhstan, so we can participate in European Championship. This sport is developing in Almaty, Zhambyl, South Kazakhstan, Kostanay and North Kazakhstan regions, but today only southern regions are taking part. I would like to express gratitude to organizers of this event, I wish this game of kings and gentlemen to be developed in all the regions of Kazakhstan and reach its highest level. 550 years ago our state was formed and the games held today are a significant part of our history,- said Ilyasov Aidar Sarsenbayevich — a judge of Polo from North Kazakhstan region. 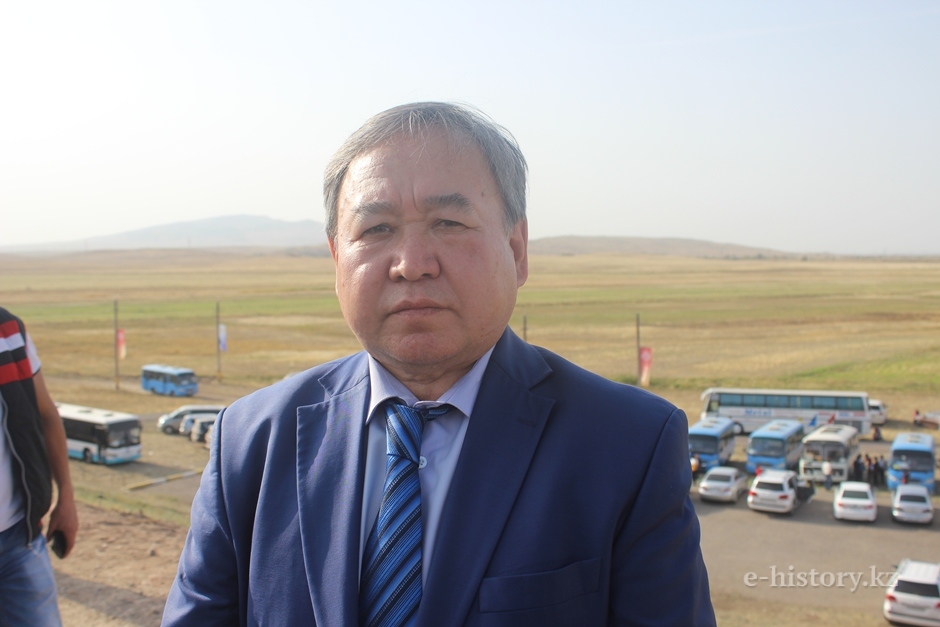 -Polo has a Kazakh name «shogen», the founders of this game is the nomads, the Turks, who formed this game on Kazakh land. It is a Turkic national game, which became popular in Europe and the United States, but unfortunately, it was forgotten in our country due to lack of attention. Today the game was held and it should be supported in the future because we have all opportunities as we a horse nation, a horse state. The game of Kazakh khans has revived on this national holiday, a day of unity, a celebration of the brotherhood of Kazakh people,-said Sadybek Tugeu — an honored worker of the Republic of Kazakhstan.