The IIIrd Congress of the historians of Kazakhstan commenced

Venerable historians from the whole country gathered at Eurasian National University within the large-scale event.
Within the 550th anniversary of the Kazakh khanate today, at the Eurasian National University named after L. N. Gumilev the venerable historians from the whole country gathered within the framework of the IIIrd Congress of the historians of Kazakhstan.
The theme of the congress was “Issues of Constitutional construction and role of the Leader of the Nation”. This year, the occasion contained many bright events, including the deliveries of speech of famous “whales” of the history of Kazakhstan, the reward of the best historians, presentations of new works of outstanding scientists on historical themes, unique exhibitions from the ENU archeologists and representatives of the President’s and state archives.
In the event not only outstanding historians of the Eurasian National University and other regions of the country, but also the representatives of the state structures, deputies of the Parliament of the Republic of Kazakhstan, directors of state archives and museums, scientific-research institutes of history, school teachers and others took part.
At 8 o’clock in the morning the participants of the conference from the ENU named after L. N. Gumilev headed to the cemetery in “Zhastar” micro-district for laying flowers for the sarbazes of Kenesary khan and bright activist of the Alash movement S. Saduakasuly. 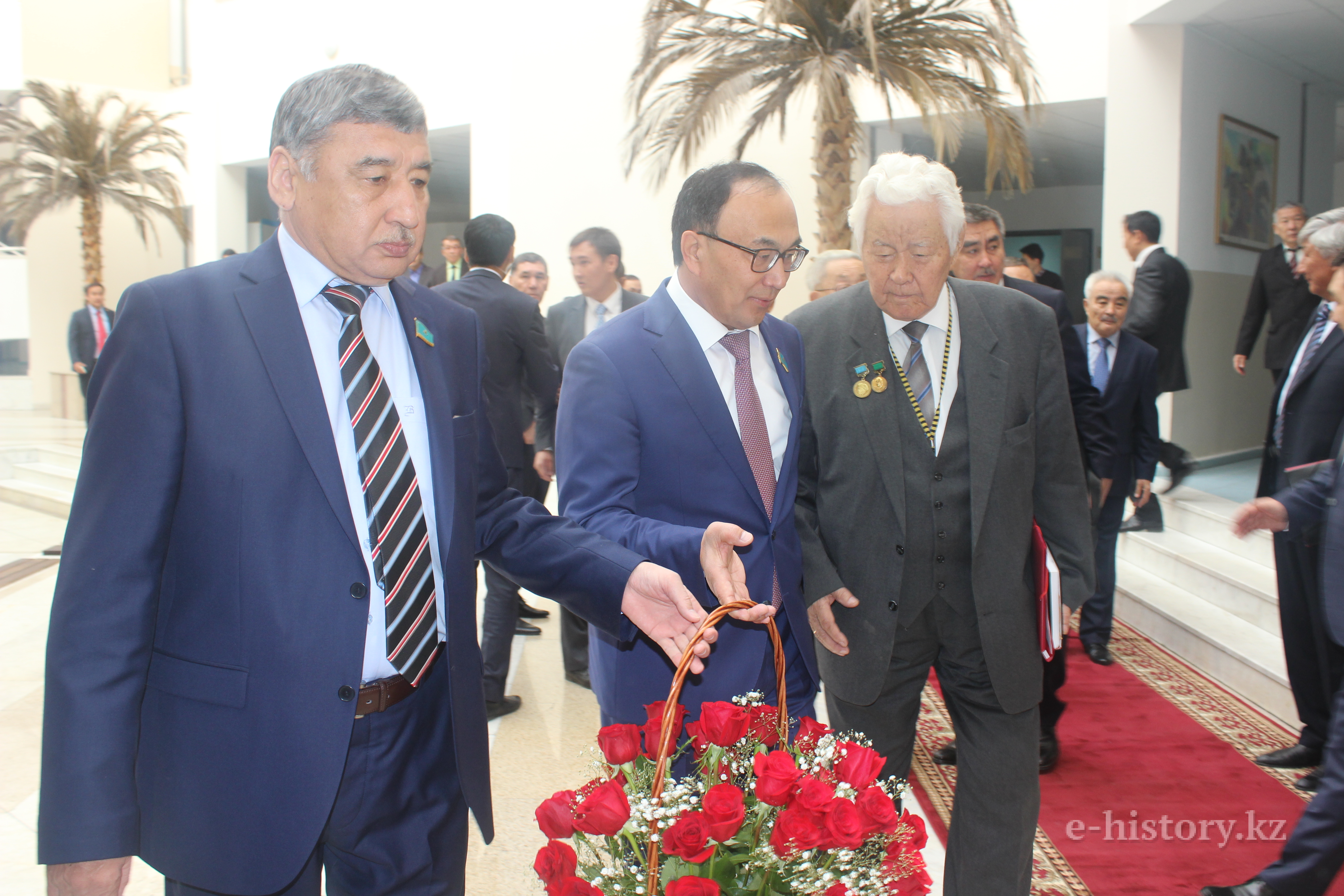 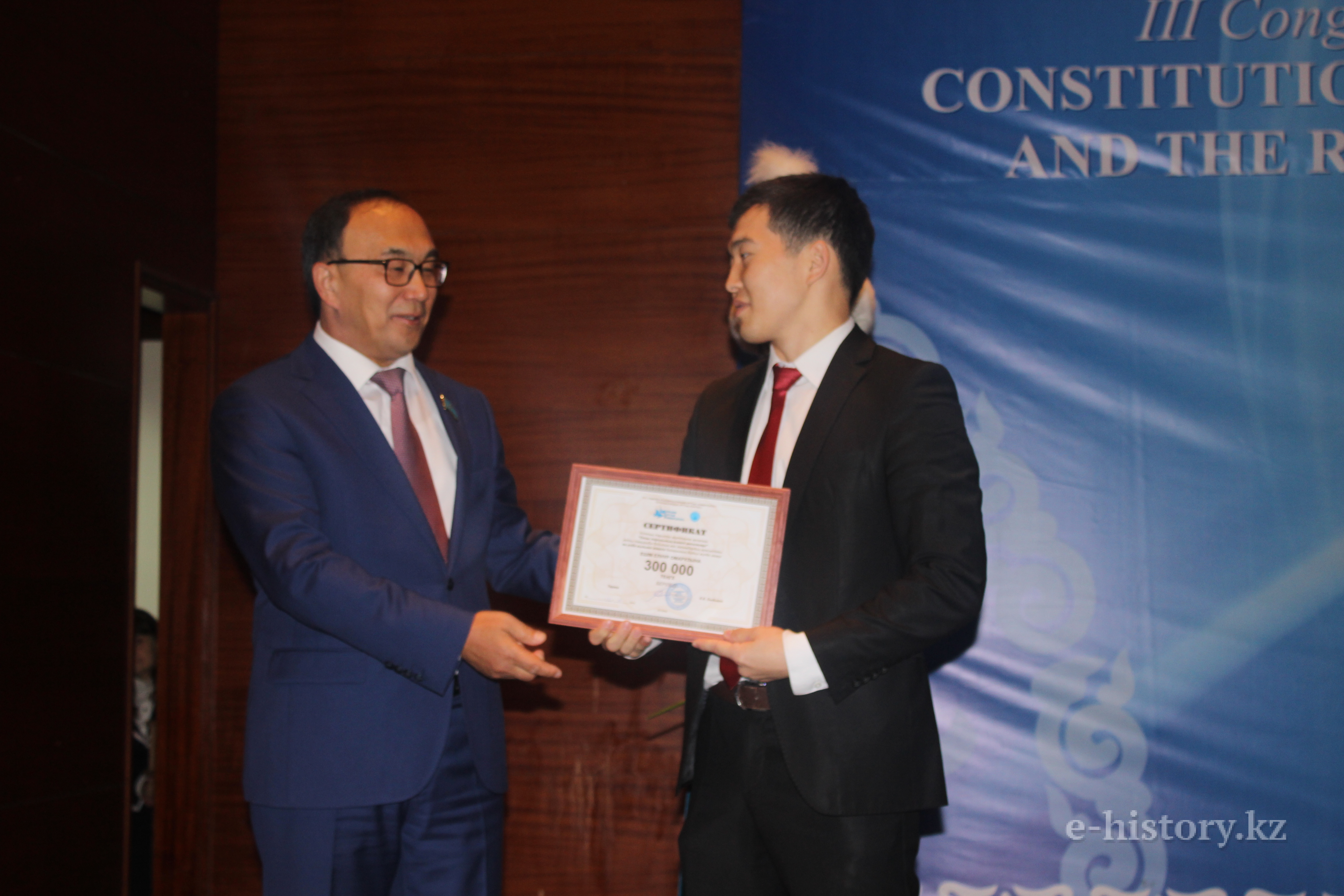 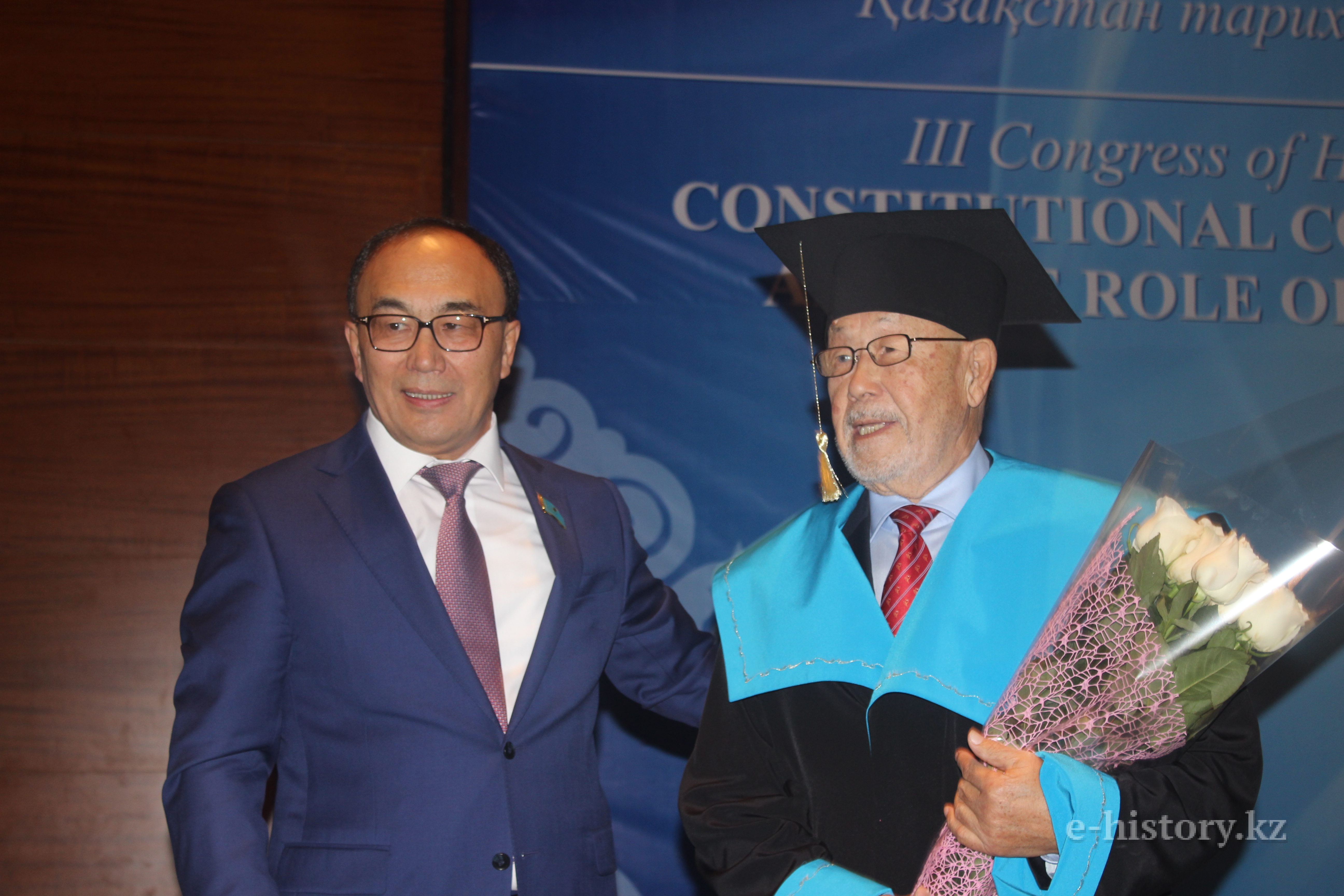 Within the framework of the occasion the ceremony of the award of the medals “550 years of the Kazakh khanate” to the outstanding historians on behalf of the Ministry of culture and sport of the Republic of Kazakhstan was carried out. Moreover, the festive awarding of the winners of the competition “Best young historian of Kazakhstan” would occur. 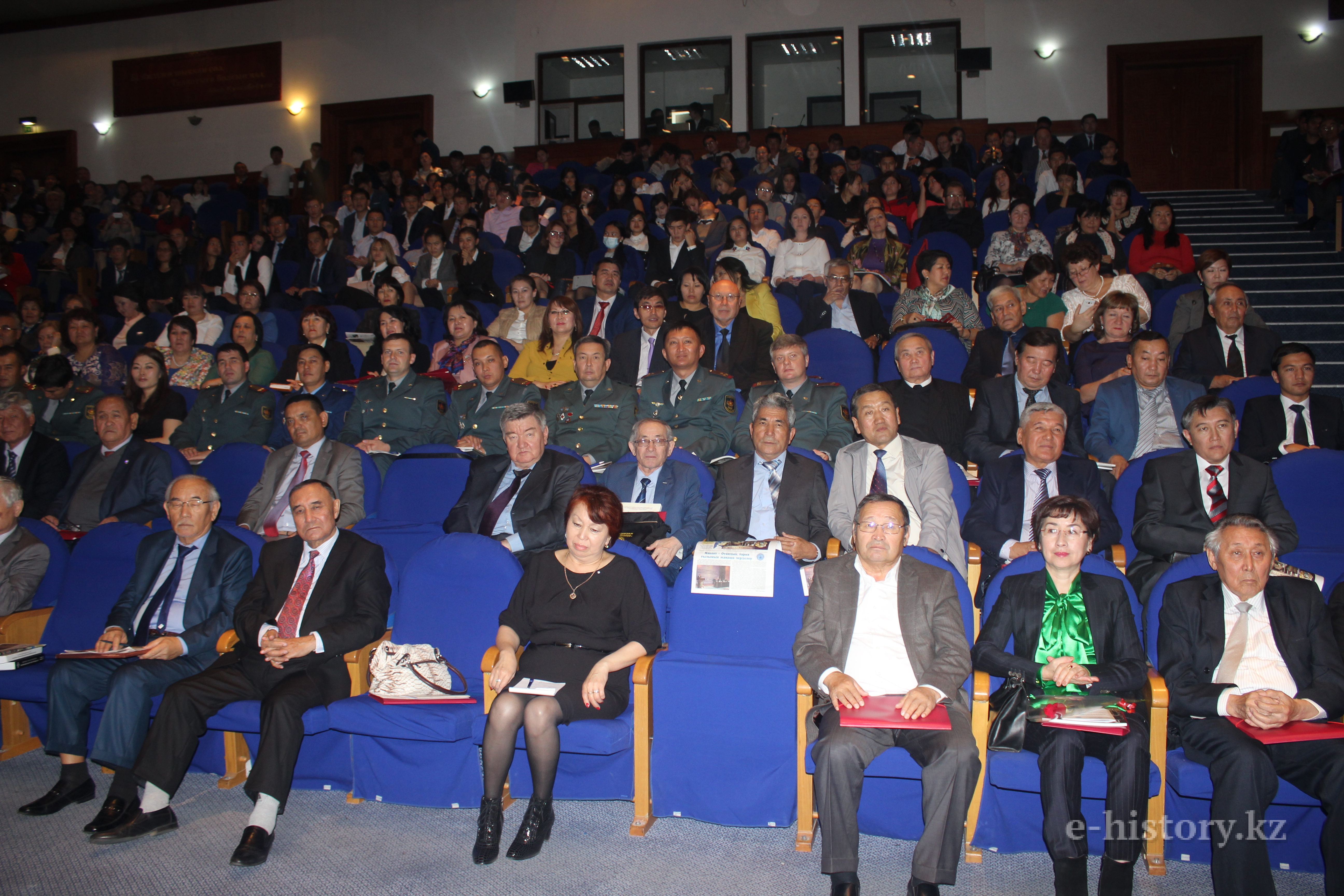 During the congress sitting the presentation of the books from the series “Library of the National Congress of historians”: A. Bukeykhan “Kazakhi”, K. Kemenger “Kazak tarikhynan”, S. Syzdykov “Karlyk-Karakhan memleketi”, “Karkaraly-Kazylyk”, publications of the Institute of History and Ethnology named after Ch. Ch. Valikhanov, series of the books “People in the flow of history”, new editions of the “Mangi El” journal, book by K. Salgarauly “Zher zhahanda argyatynanyn izi bar”.
For the first time ever, the presentation of the site of the National Congress of historians of Kazakhstan was held.
At the university territory the exhibition of the archive materials from the Archive of the President of the Republic of Kazakhstan, State archive of Astana, book exhibition of the artefacts of the expeditions of the department “Archeology and ethnology” of the ENU named after L. N. Gumilev was organized.
Use of materials for publication, commercial use, or distribution requires written or oral permission from the Board of Editors or the author. Hyperlink to Qazaqstan tarihy portal is necessary. All rights reserved by the Law RK “On author’s rights and related rights”. To request authorization email to or call to 8 (7172) 57 14 08 (in - 1164)
Қазақша Русский English
THE MOST WIDELY READ
Year
On How Kazakhstan Ended up as part of Tsarist Russia Recorded history of Kazakhstan. Part 2 The title of “Folk hero” was posthumously awarded to three veterans of the Great Fatherland War Union of the Archives and Library A great son of the Kazakh steppes People who eat horses will kill you Recorded history of Kazakhstan. Part 1 Burial mounds of the southwestern part of the Semirechye region The referendum on the Constitution is a significant stage of democratization Kazakhstan's participation in the Winter Olympics has a long history Rebooting a field of science and education Labels of the Golden Horde khans and Russian clergy
Polls
Materials on the topic
Labels of the Golden Horde khans and Russian clergy
From the story of a blood feud
A role of Buddhism in formation of Central Asian mythologies
The referendum on the Constitution is a significant stage of democratization