Qazaq poet Kuandyk Shangitbaev: is he equal to Alexander Pushkin? 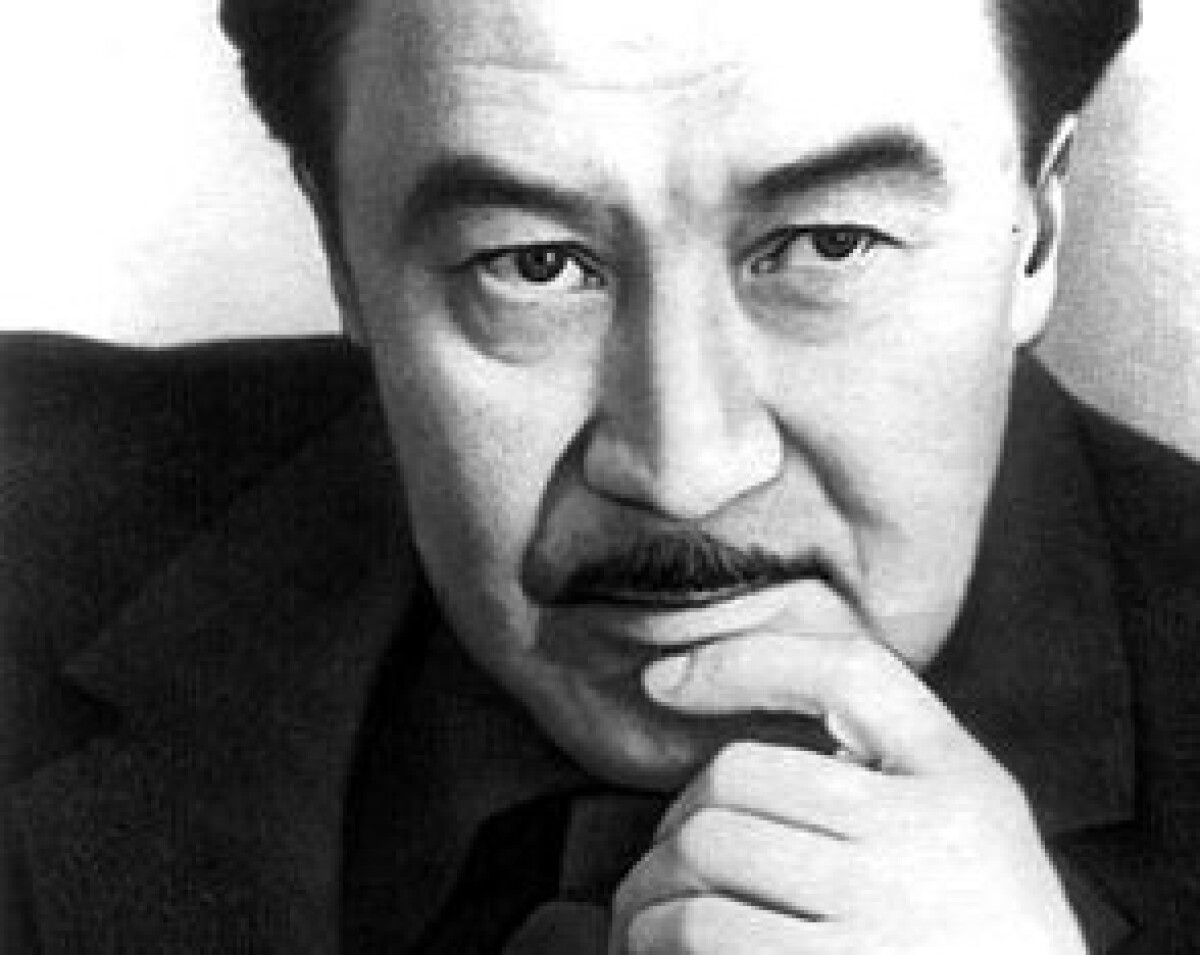 He translated “Rubaiyat” of Omar Khayyam into the Qazaq language, first published in 1964, as well as works by Mikhail Lermontov, Johann Wolfgang von Goethe, Christian Johann Heinrich Heine, Robert Burns, Hafiz and other poets of the East and West.

People usually say, that the translator is a co-author, whose duty is to show respect and empathy for the books and authors they work on, the translator creates a new piece of art, therefore, it is worth to note, that Kuandyk Shangitbaev wrote a new novel in verses about Eugene Onegin, but in the Qazaq language.

At the same time, Kuandyk Shangitbaev is the author of several poetry books, which became classics of Qazaq poetry.

The poet was born on March 21, 1925. The Shangitbay family was a very wealthy one that lived in the village called “Karabutak”, situated in the Aktobe region. Kuandyk Shangitbaev’s father had enough money to undertake the Hajj in the early twentieth century. He owned large herds of horses and other cattle. However, the Soviet government confiscated everything that the Shangitbay family owned in 1928 under a policy called “A Small October”, carried out by the First Secretary of the Qazaq Regional Committee of the Communist Party of the Soviet Union Filipp Goloshchyokin.

In 1937, a new misfortune fell upon the Shangitbay family. The poet’s father, Tolegen Shangitbaev was arrested that year on suspicion of espionage in favor of Japan. He was sentenced to 10 years. In 1941, he died in one of the camps of the Gulag near Rybinsk. Siblings of Tolegen and his wife Batima - Zhunus Shangytbaev and Saud Akhmetov were shot as “enemies of the people”. The orphaned family had a tight time, people tried to avoid any contact with the children of the “enemy of the people” and a “Japanese spy”.

12-year-old Kuandyk Shangitbaev, having excellent marks at a secondary school, was expelled from the Young Pioneers detachment. Nevertheless, in 1940, 15-year-old Kuandyk, already passionate about poetry, entered the Faculty of Philology of the Qazaq State University in Almaty.

As a first-year student, he co-authored with his lecturer Maulen Balakayev (in the future, a corresponding member of the Academy of Sciences of the Qazaq SSR), “A Textbook on the Qazaq Language for Grades III-IV”, published in 1941. The textbook has been reprinted several times. 16-year-old Kuandyk secretly sent his first fee to his father, who was in the Gulag. According to eyewitnesses, Tolegen Shangitbaev made a small feast there for his fellow countrymen.

In December 1941, Kuandyk Shangitbaev became an Editor of the Qazaq United State Publishing house (called “KazOGIZ”), he combined work with study at the University. In “KazOGIZ” the young man translated a lot of material from Qazaq into Russian, mainly it was urgent wartime messages, as well as Stalin's speeches. While working in the Publishing house, he met famous Qazaq writers, among them Mukhtar Auezov, Kassym Amanzholov, Gabdol Slanov, Abu Sarsenbaev and others.

In 1942, Kuandyk Shangitbaev’s first poetic work - a translation into the Qazaq language of the poem by Maxim Gorky “The Girl and The Death” was published.

Beysembay Kenzhebaev, an Editor-in-Chief of the Publishing house encharged Kuandyk Shangitbaev with a task to edit Mukhtar Auezov’s novel “Abai” (the first book of the future famous epic “The Path of Abai”). The work was done by him in secret, since the Central Committee of the Communist Party of Qazaqstan forbade the publication of the novel due to inconsistency with its ideology and political course. That book was published in 1942. Beysembay Kenzhebaev and Kuandyk Shangitbaev jointly wrote the first review to the book and published it in the central republican newspaper “Socialist Qazaqstan”.

It was a daring feat. Its consequences were not long in coming. The editor of the novel Kuandyk Shangitbaev was sent to Aktobe region as the secretary of the national akyn Nurpeis Bayganin, and the Editor-in-Chief of the Publishing house Beysembay Kenzhebaev was dismissed.

The Qazaq intelligentsia had taken initiatives to protect the young poet, the son of the «enemy of the people» and by a resolution of the Bureau of the Presidium of Qazaq branch of the USSR Academy of Sciences dated May 12, 1943, a student Kuandyk Shangitbaev was transferred to the Post Graduate Course on Literature, and Mukhtar Auezov that year wrote the preface to the future poetry book of Kuandyk Shangitbaev.

In Aktyubinsk (at present time Aktobe), Kuandyk Shangitbaev, being the secretary of Nurpeis Bayganin, since September 1943, fulfilled functions of the Head of the Qazaq Language and Literature Department of the Pedagogical Institute. In the premises of the Institute he was informed about the death of his father in the Gulag and met his future wife Maryam, daughter of the People’s Commissar of Education of Qazaqstan Ilyas Temirbekov, who died at that moment. In 1945, 20-year-old Kuandyk Shangitbaev returned to Alma-Ata (at present time Almaty).

Exactly at that time the first poetry collection by Kuandyk Shangitbaev “Ar” (“Honor”) was published with a foreword of Mukhtar Auezov. However, the author was accused of nationalism and subjected to harassment. Republican newspapers criticized his work, they blamed him because there was no even a word in the book related to Stalin and his positive input in the development of the country and moreover it contained a “nationalistic” poem under a title “I am Qazaq”. The authorities first gave an order to remove the preface of the famous Qazaq writer Mukhtar Auezov from the book, and later destroyed all printed books. The surviving copies of the book have become a bibliographic rarity.

Kuandyk Shangitbaev could not find a job anywhere or publish his poems. He decided to come back to Aktyubinsk, where he was hired by the regional newspaper “Socialistik Zhol” (1947-1951). While working at the newspaper “Socialistik Zhol”,  he translated the novel “Eugene Onegin” of Alexander Pushkin on the advice of Mukhtar Auezov. People say that it saved him from a possible arrest. In 1951, he became a correspondent of the regional newspaper “Aktyubinskaya Pravda”, then he was appointed as a Head of the Department of Culture. After the death of Stalin in 1955, Kuandyk Shangitbaev was again invited to work in Alma-Ata. It was a position of a literary critic at the Writers Union of Qazaqstan.

Later Kuandyk Shangitbaev worked as the Chief editor of the “Qazaqfilm” film studio and “Qazaq radio”.