Home News History in 5 minutes The Library of Elbasy opened in Almaty the exhibition "Nursultan Nazarbayev: 30 years of leadership"

The Library of Elbasy opened in Almaty the exhibition "Nursultan Nazarbayev: 30 years of leadership" 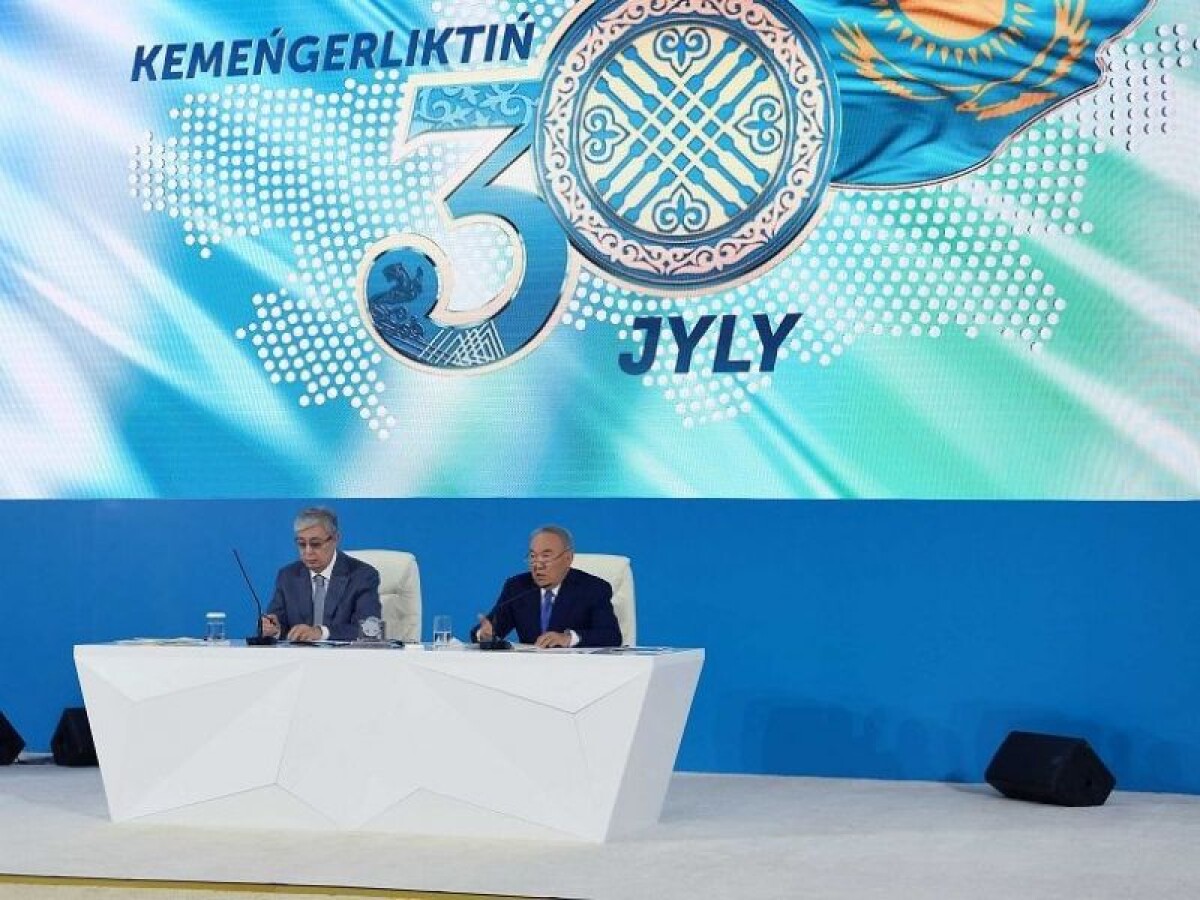 On June 21, 2019 in the building of akimat of Almaty in the framework of the international conference "Nursultan Nazarbayev: 30 years of leadership", a comprehensive thematic exhibition dedicated

the 30th anniversary of stay in the highest office of the First President of the Republic of Kazakhstan – Elbassy N.Nazarbayev was opened. The exhibition chronologically covers the period from the mid-80s of the twentieth century to the modern period, when Kazakhstan, thanks to the policy of Elbassy N.Nazarbayev became widely known in the world.

The central date of the exhibition is June 22, 1989 – the day of taking office of N.Nazarbayev as first Secretary of the Central Committee of the Communist party of Kazakhstan. A set of documents from the Personal archive of Elbassy, reflecting the events of 1989, first introduced into circulation, makes it possible to clearly present the realities from 30 years ago. Documentary and illustrative series, video chronicle materials, exhibits from the museum and library collections will tell about the current events of that time, full of tragic and, at the same time, fateful events that determined for many years the nature of the subsequent development of the Republic of Kazakhstan and all the post-Soviet states.

In a complex and contradictory situation of the 80-ies of XX century N. Nazarbayev, the first head of the Republic, focused on solving the key problems that were on the agenda at that time: the implementation of the program of radical economic reforms, a clear division of powers between the Union center and the Republic, strengthening social stability and inter-ethnic harmony.

N. Nazarbayev took an active part in the development and promotion of the draft law on languages as a supporter of a balanced, centrist approach that equalized the rights of all parties and did not allow the granting of privileges to any of the languages. Thanks to a balanced approach, adopted in September 1989, the Law of the Kazakh SSR "On languages" to some extent reduced the severity of inter-ethnic relations and contributed to the strengthening of stability in the country.

Since 1989, national cultural centers began to open a prototype of the Assembly of people of Kazakhstan established in 1995. Kazakhstan began to collect the Kazakh diaspora dispersed all over the world, whose central organization became the World Association of Kazakhs, established in 1992. The historical panorama of the first steps of independent Kazakhstan is developed also from the moment of closing of Semipalatinsk Test Site – the event which defined subsequently the strategy of state development, involving nuclear disarmament and the transition to the concept of a nuclear-free world. On 29 August, 1991 N.Nazarbayev signed a Decree on the closure of the Semipalatinsk nuclear test site.

In 1989-1991 persistent activity of N. Nazarbayev to ensure sovereignty, territorial integrity, strengthening the authority of Kazakhstan in the international arena actually laid the foundation for future sovereignty, forming its institutional framework.

A significant part of the exhibition is devoted to the birthplace of the state sovereignty of Kazakhstan – Almaty. The adoption of the Declaration of state sovereignty (October 25, 1990), the establishment of the presidency (April 24, 1990) and the closure of the Semipalatinsk nuclear test site (August 29, 1991) are the key events that determined the vectors of the formation and development of Kazakhstan's foreign policy. All of them are reflected in the materials of the exhibition section.

A special place is occupied by a unique collection of the highest state awards of Elbassy N. Nazarbayev from around the world with more than 50 items. This collection is a backbone, as it reflects a wide range of outstanding achievements of the President in promoting the ideas of a nuclear-free world, peacekeeping initiatives, global security, integration processes. Also of great interest is the topic of the capital Nur-Sultan, which in a short time became an effective international dialogue platform.