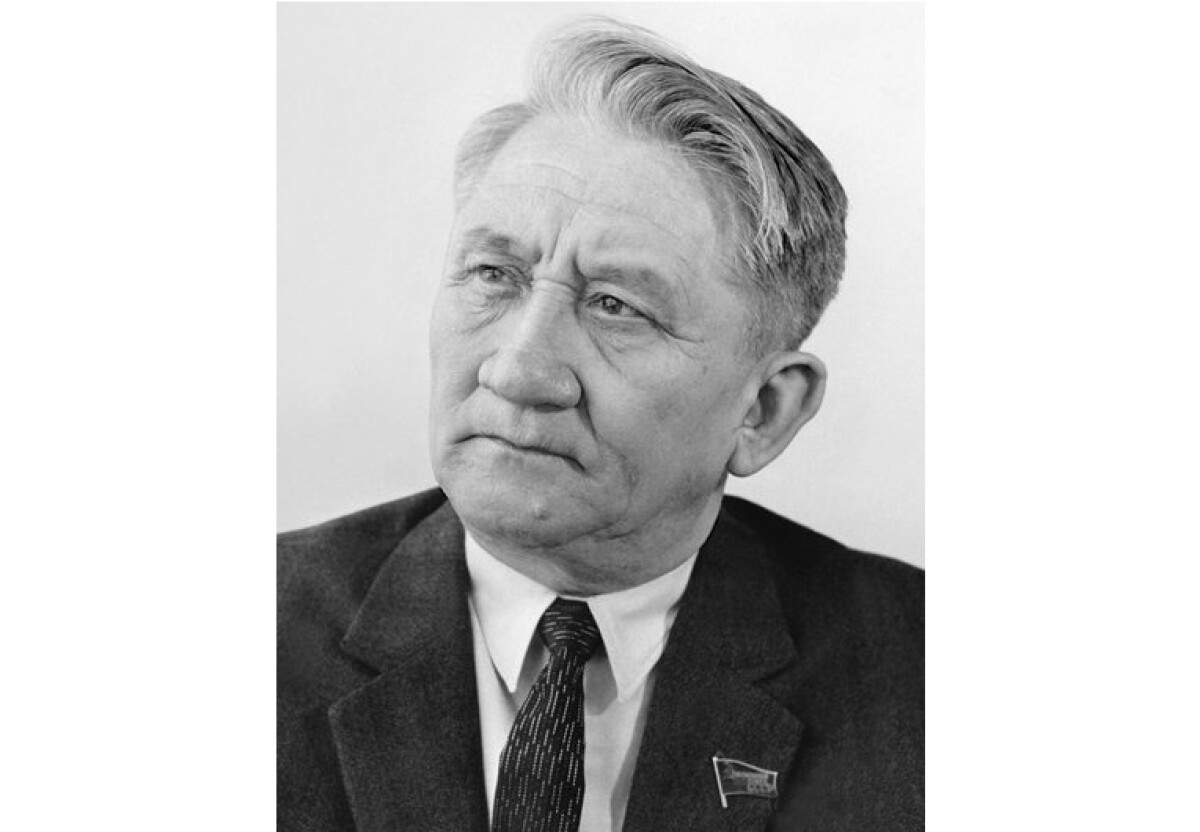 November 26, 1902, People's Writer of the Republic of Kazakhstan, Gabiden Mustafin was born

Gabiden Mustafin - a famous Kazakh writer who created in the Soviet era. His works reflect the fate of his people, filled with dramatic events, at a difficult time.

The books of Gabiden Mustafin included rich pictures depicting the ups and downs of life of an individual, the artist's subtle observations on the psychological portrait of personality; on the other hand one can not help noticing the influence of the ideology that the author conducts in his works.

Gabiden Mustafin was born in Sartobe, which is located on the bank of the Nura River, in the Karaganda region. The boy was lucky, and besides the Kazakh language he learned Russian. But access to this knowledge appeared only after severe tests for the inhabitants of Sartobe. In connection with the resettlement of peasants from Russia, the Kazakhs were also forced to leave their homes - in 1907, sixty families of the Elibay family left their homes. They moved to Koktalzharyk, which was east of the Spassky Plant, which later played a role in the writer's life.

Mustafin mastered reading and writing thanks to the aul mullah. He also got acquainted with the timekeeper at the Spassky factory, who helped him learn the Russian language. Thanks to this, the boy got an opportunity to study at the Russian-Kazakh school. Mustafin was a diligent and capable pupil, but at the same time he managed to make friends with other students of different nationalities. At school appeared his great craving for knowledge, love of books. Mustafin spent his whole life engaged in self-education.

When Mustafin grew older, they remembered that even in his childhood, the daughter of Uzbek Aubakir Seytkamalov - Patima, was proposed him as a wife. The bride's father used to be very poor, but then he became rich at commerce, was conceited and refused to give his daughter for Mustafin. This greatly offended the writer and his family. Yesterday's poor man did not notice them!

Approximately at this time, the class consciousness of Mustafin begins to form or become strained against the backdrop of the fact that Seytkamalov increasingly burdened the poor. Between them there were often conflicts. But in 1919 the situation changed, and Seytkamalov agreed to the wedding of Patima and Gabiden. This marriage did not last long; the young wife died a year after the wedding.

In 1925, Gabiden marries Zeynel and goes to Kyzylorda to continue his studies. But his hopes were not justified; it was not immediately possible to enroll in an educational institution. Yet the writer received a rich life experience in another way. He becomes the registrar to the Supreme Court, where he not only fulfills his basic duties, but also observes different people, comprehends the book of life through the stories of various fates.

His creative career began with short journalistic genres: notes, feuilletons, essays. Soon he writes his first story "Sarsen and Bokash", which was published in 1927; two years later he releases the first collection of short stories.

Mustafin's ideas did not disagree with the practical embodiment - he did not shun any work, had was a digger, a helper, a laborer, and an apprentice to the locksmith.

In 1933, the Karaganda Soviet appointed the turner Mustafin the executive secretary of the editorial board of the newspaper Proletariat of Karaganda. Soon he was transferred to Novosibirsk, where he was engaged in the newspaper Kzyl-Tu in the Kazakh language. Gradually work in journalism contributed to the creation of serious prose works.

In 1938, Mustafin lives in Alma-Ata, where he works in the editorial office of the literary and art magazine and later becomes its editor-in-chief. In this city in 1940, Mustafin published his first novel “Life and Death”, in which the writer reflected the development of industry in Karaganda and its gradual transformation into a large-scale coal stoker. After that, several more novels are published.

Gabiden Mustafin is a prominent Kazakh writer, his works reflect an important stage in the history of our people, therefore his works should be viewed not only from the point of view of literary, but also from the position of historical science.