Post-war education in the Kazakh SSR 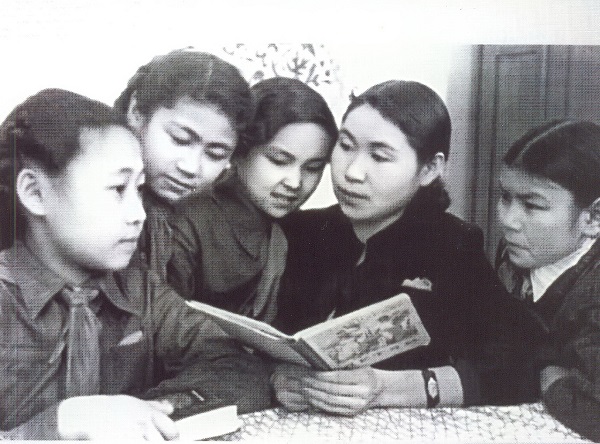 The Second World War brought catastrophic losses to the world. The Kazakh SSR also suffered greatly. This affected the economic and cultural level of the country's development

The most valuable, human resource was in decline. But loss, on the contrary, with a new force inspired people to work hard and hard for the good of their homeland.

1. The development of heavy industry.

4. Raising the cultural level and material well-being of people.

November 16, 1947 the Central Committee of the All-Union Communist Party (b) adopted a resolution "On the measures for the further development of higher and secondary education in the Kazakh SSR."

This was an important decision, since during the war the USSR suspended compulsory seven-year education in rural areas, and ten-year education in the cities. At that time, to achieve victory, there was a need even for young, fragile hands, so school education was given secondary importance.

With the end of the war, the country began to make up for lost time: gradual financing of schools began, providing them with technical equipment and necessary things. Valuable was the polytechnic education, the basics of which were taught already in school establishments. 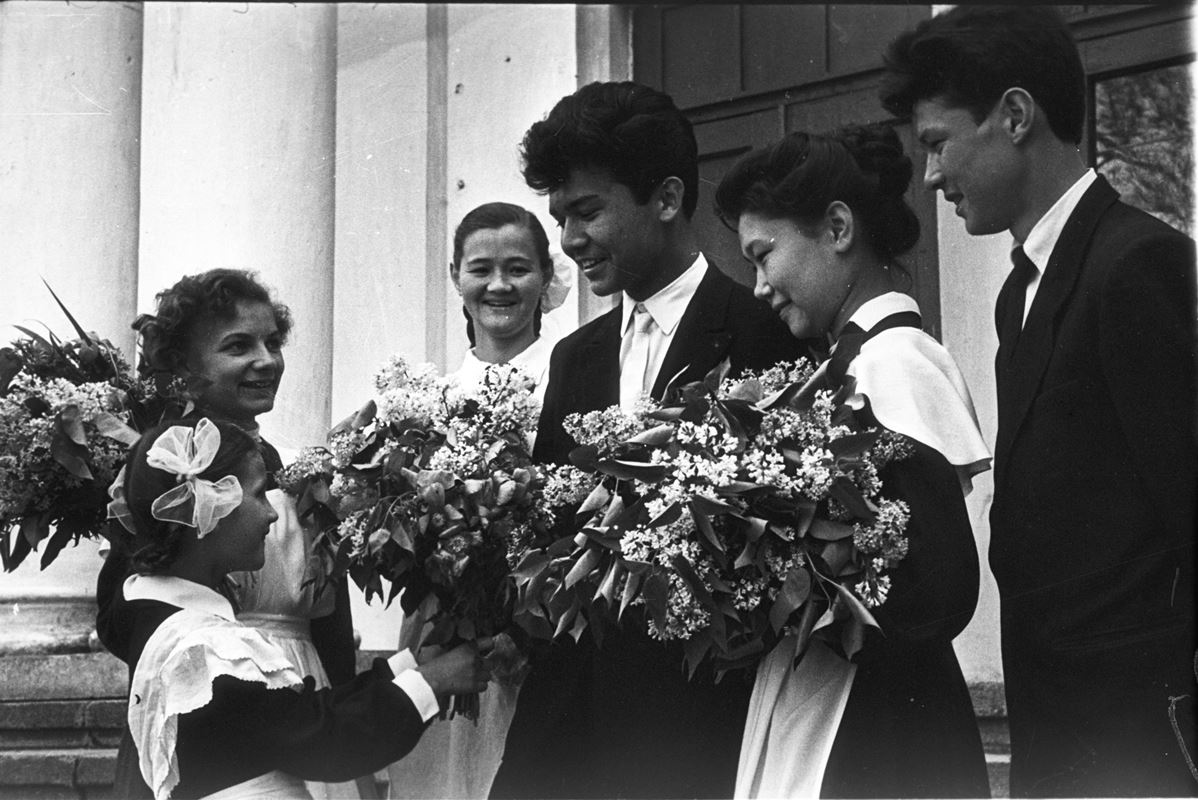 The emphasis on the educational sphere has paid off: if in 1948 the number of children who did not attend school was 200,000, then in the next decade this figure dropped to 16,000.

In 1959, the Supreme Council of the Kazakh SSR adopted the Law "On Strengthening the School's Connection to Life and the Further Development of the Public Education System in the Kazakh SSR". In accordance with it, schools from 1962-1963 began to move to 8-year period of study. Labor polytechnic schools have switched to 11-year training.

Matriculation to those specialties, which the Soviet state needed, was encouraged. The schools of working youth were opened. In this period pedagogical education became popular, the status of a teacher in the USSR was very high, and teachers were treated with great respect. In the postwar 20 years, the number of specialists graduating from higher education has increased almost 11 times.

During the development of virgin lands in the USSR, the system of agricultural and technical education functioned successfully. In addition, people from all parts of the Soviet Union came to Kazakhstan to develop virgin lands - education aimed at training personnel for work in agriculture, was highly quoted and actively promoted.

In 1984, the new school reform focused on the quality of the material and technical base; schoolchildren began to attend the 1st grades from the age of six.

In the second half of the 20th century, schools with the Russian language of instruction prevailed in Kazakhstan. The number of Kazakh schools has significantly decreased. In small villages and auls, schools began to close or unite. Some schools combined Russian and Kazakh languages ​​of instruction.

In the mid-1980s, there were 55 higher education institutions in Kazakhstan and 246 secondary specialized schools. Educational institutions represented about 200 different specialties.

After the war, the Kazakh SSR was weakened, but by the enormous efforts of the common people, on whose account there were many labor exploits, the standard of living began to grow. Much attention was paid to schools, secondary special educational institutions and universities, since the country’s future fate was depended on the younger generation.

Author: Altynzer Dauletbayeva
Use of materials for publication, commercial use, or distribution requires written or oral permission from the Board of Editors or the author. Hyperlink to Qazaqstan tarihy portal is necessary. All rights reserved by the Law RK “On author’s rights and related rights”. To request authorization email to mail@e-history.kz or call to 8 (7172) 57 60 13 (in - 1163)
Қазақша Русский English
MOST READ
Month Year
Kazakh historical drama Tomiris premiered in Istanbul
ALASH IDEA IS THE PROTECTION OF KAZAKH STATEHOOD
Stolypin about the worries and hopes of immigrants to the Kazakh steppes
A tireless explorer of the Kazakh land
SWITCHING TO THE LATIN ALPHABET – UNITE ALL KAZAKH PEOPLE
Kunaev Dinmukhamed Akhmedovich
People who eat horses will kill you
Kazakhstan's participation in the Winter Olympics has a long history
Rebooting a field of science and education
Recorded history of Kazakhstan. Part 1
Historical Dates on the Bosphorus
Recorded history of Kazakhstan. Part 2
Materials on theme
Reforms of Kenesary-khan towards the creation of an independent state
Akmola Regional Museum has reconstruction of Abylaykhan’s ring
Archival documents about the fate of Zhumabek Smailov
On the Legendary Turksib railway