Home News History in 5 minutes Because of him, the Soviet Union and Saudi Arabia quarreled

Because of him, the Soviet Union and Saudi Arabia quarreled 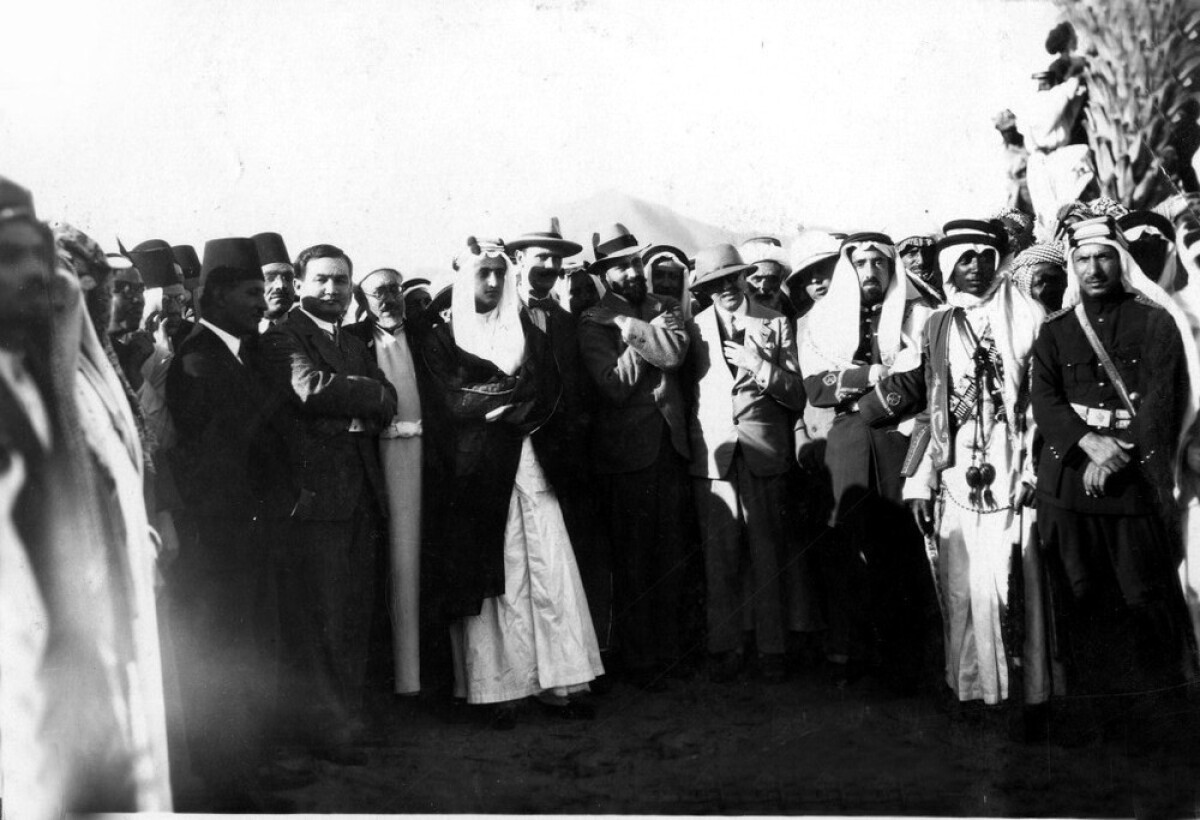 80 years have passed since the death of an outstanding man, statesman, and plenipotentiary representative of the USSR in Saudi Arabia

He deserved great authority and sincere love of the ruling elite. When he was shot on charges of a political crime, this news greatly shook Abdul-Aziz al-Saud - he conveyed by his diplomatic channels to Moscow that from now on he does not want to see other Soviet ambassadors.

Nazir Tyuryakulov (1892-1937) - Kazakh by origin, but he was born in Kokand. His father was a wealthy cotton trader. He was trained in a madrasah; perhaps this also served the religious education of Nazir. Another feature that brought the Kazakh diplomat and the Saudi King closer together was a spiritual unity, a common denomination. In Saudi Arabia by 1930 there were representatives of other countries and nationalities: the British, the French, the Persian, but it was Tyuryakulov who became the "dean", that is, the head of the diplomatic corps in the Hejaz. 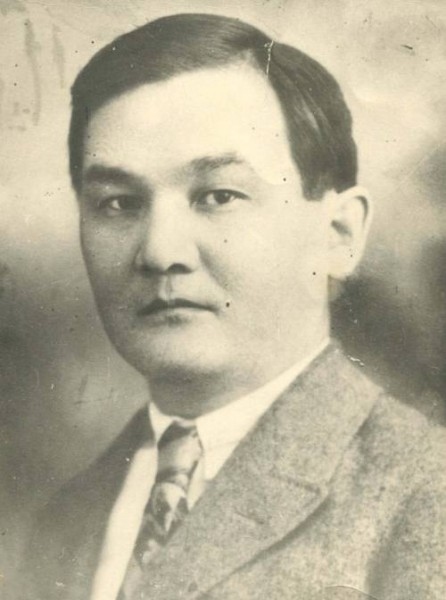 In addition to religious education, Nazir Tyuryakulov received secular education in the Turkestan Governor General, and then continued his studies at the Moscow Commercial Institute. There he revealed his talent for learning new languages.

In 1914, the First World War begins, and in 1916 Nicholas II signed a decree according to which the indigenous inhabitants of Turkestan should be involved in military-rear work. Tyuryakulov, interrupting his studies at the university, joins the All-Russian Territorial Union, where he becomes an instructor to work with the mobilized Turkestans. In parallel, he creates an underground organization called "Free Steppe", which fights for the idea of ​​national freedom and independence of Turkestan.

The February and October Revolutions inspired Tyuryakulov, he joined the Red Army, where his fruitful work as a member of the Revolutionary Military Council of Turkestan front, a secretary of the Central Committee of the All-Union Communist Party (B.) of Turkestan, a member of the Central Asian Bureau of the All-Union Communist Party (B.) was paid off. At the age of 29 Nazir Tyuryakulov became chairman of the Central Executive Committee of the Turkestan ASSR. On this post he became the successor of another well-known Kazakh figure Turar Ryskulov.

Nazir Tyuryakulov managed to realize many large projects for his short life. But the brightest was his activity in Saudi Arabia. First, Umar Aliyev was recommended for this post, he was fluent in Arabic. But there was something more in Tyuryakulov than knowledge of the language, something suitable for carrying out a political mission in the Kingdom of Hejaz, Najd and the adjoining regions. The head of the People’s Commissariat for Foreign Affairs saw a greater potential in him and addressed a letter to the General Secretary of the Central Committee, Josef Stalin, in which he said why Nazir Tyuryakulov would cope better with this work. It is this candidate who can represent the USSR in the Kingdom as effectively as possible, and because his outstanding abilities allow him to survey the entire Muslim world from Morocco to Indonesia; and his high level of intelligence and close acquaintance with the Muslim culture, the world outlook is reinforced by the belief that he will be able to fully perform the functions of the ambassador of the USSR.

And Nazir Tyuryakulov did not deceive the expectations of his leaders.

The diplomat's mission was of enormous national importance. The Kingdom of Saudi Arabia, formerly known as the Kingdom of the Hejaz, soon merged with the Hejaz, Nejd and other areas, fell under the sphere of influence of Great Britain. At the beginning of the formation of Saudi Arabia, England provided financial assistance to the future King Abdul-Aziz, due to which he was able to finally defeat his most important opponent in the person of the Rashidi dynasty.

Thus, the USSR and the United Kingdom became rivals in their plans for the Middle East. Nazir Tyuryakulov's actions certainly contributed to strengthening ties between the USSR and the KSA.

The loudest victory of Tyuryakulov can be called making of the "gasoline deal". Only in one supply did Moscow fulfill the norm in Saudi Arabia's oil import, which has not yet discovered hydrocarbon wealth on its territory. 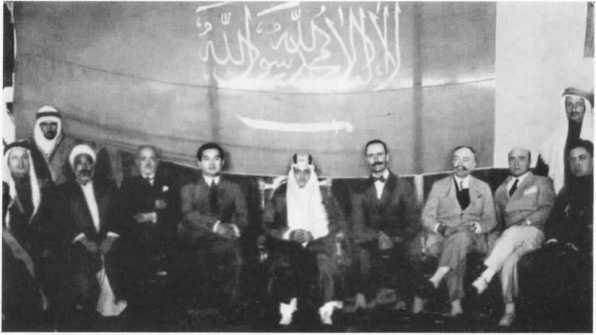 After the "gasoline deal", the ambassador had to set sail for another annual leave, when the Finance Minister of the KSA, Abdulla Suleiman, unexpectedly appeared on the quay with his retinue. This gesture signified the personal disposition of the King. Sincere friendly feelings for Tyuryakulov were extrapolated to the homeland of the diplomat.

The Soviet ambassador had the advantage that he, being a Muslim, could visit Mecca, where the King's court was most often located. Undoubtedly, Tyuryakulov had personal meetings with the first persons of the state in the holy city. True, in 1930, British John Philby also gained access to the sacral land by accepting Islam. But there are versions that it was purely for practical reasons to use the attention of the King to obtain a concession in Saudi Arabia.

During the work of Tyuryakulov, the ban on the official trade representation with respect to the USSR was lifted.

In 1931, for the first time, was a visit of an important state official, the main candidate for the successors of Abdul-Aziz al-Saud, his son, Prince Faisal. 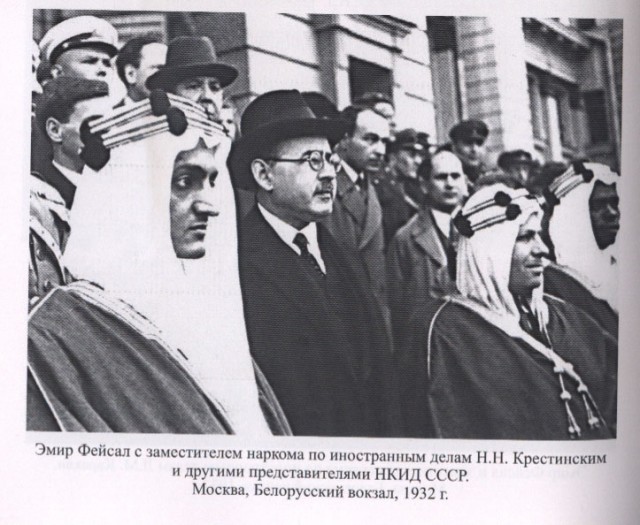 In 1936 Tyuryakulov was urgently summoned to Moscow. Soon the NKVD begins an investigation against him. In the autumn of 1937 Nazir Tyuryakulov was sentenced to death and shot.

The relationship between the Kingdom of Saudi Arabia and the Soviet Union froze for the next fifty years.

In 1958, Nazir Tyuryakulov was rehabilitated.

At the end of the 20th century, thanks to the work of E. Primakov who was then at the head of the Ministry of Foreign Affairs of the Russian Federation, with the cooperation of T. Mansurov, a Kazakh scientist who was then Kazakhstan's ambassador to Russia, the archives of the diplomat were transferred to Kazakhstan. Tair Mansurov created works dedicated to Nazir Tyuryakulov's personality.

In 2006, on the initiative of Saudi Foreign Minister Saud al-Faisal, Mansurov's book about Tyuryakulov was translated into Arabic and published in the Kingdom in 10,000 copies. 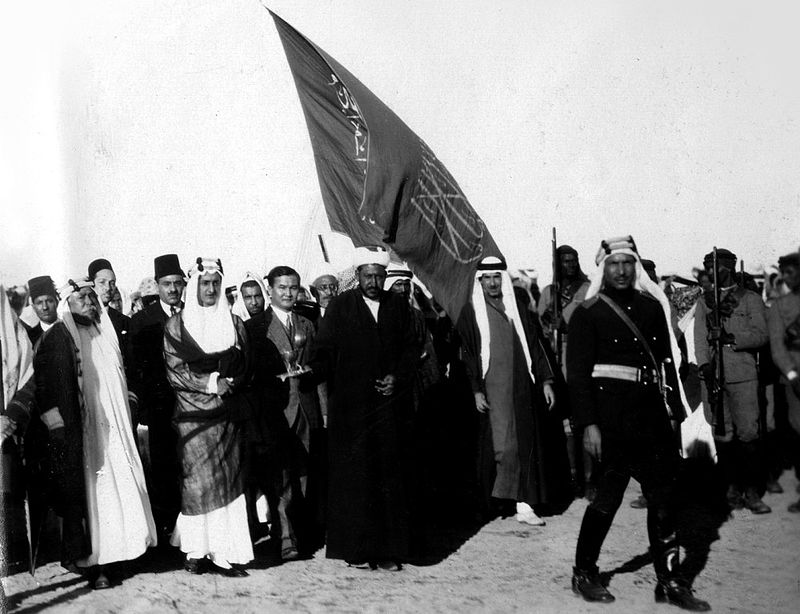 In 2014 in the ENU named after L.N. Gumilyov the Center of the diplomat Nazir Tyuryakulov and Arab studies was opened. In Kazakhstan, various events are held, dedicated to the personality of the Kazakh diplomat, studying his heritage. Nazir Tyuryakulov is also awe-inspiring in Russia and Uzbekistan. Russian and Uzbek researchers are studying the activities and works of the Soviet ambassador.