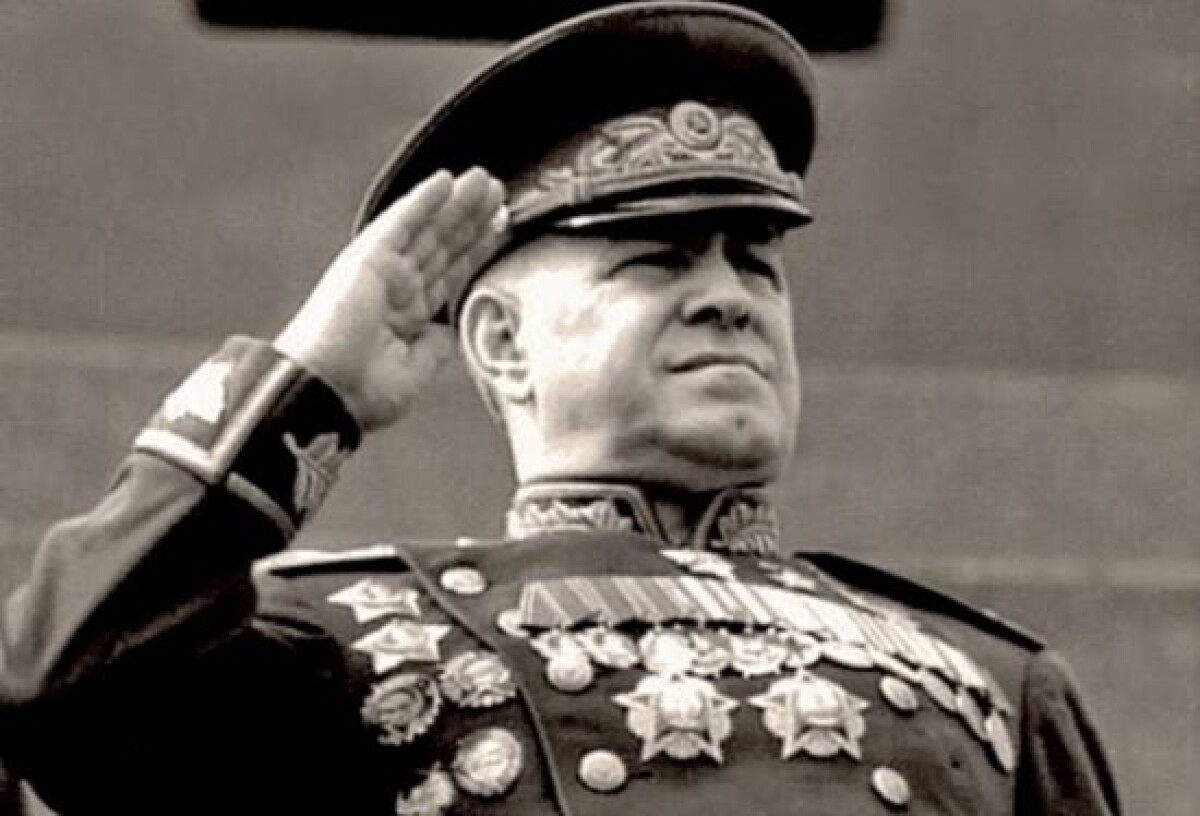 In October 1957, a member of the Presidium of the Central Committee and Minister of Defense Marshal G.K. Zhukov was deprived of his posts and removed from office, and also convicted of "adventurism"

Career of Zhukov knew a lot of ups and downs. When it seemed that Zhukov held a high office and had practically unlimited powers, fate presented him with unexpected surprises. For his startling successes in military operations, he received the nickname "Marshal of Victory". On the other hand, he was accused of cruelty, Bonapartism, while others spoke of him as a wise military leader, a real hero who sought to serve his people. In his memoirs, he wrote: "I lived my life with the consciousness that I benefit the people, and this is important for any life."

He was called one of the few who dared to argue with Stalin and express his opinion directly. His popularity among the masses irritated and frightened Khrushchev, and Zhukov paid for it with prolonged disgrace. Both General Secretaries of the Central Committee of the CPSU alienated Zhukov from them fearing his authority; these procedures took extremely humiliating forms. In 1946, Stalin publicly insulted the marshal, deprived him of the post of Commander-in-Chief of the Army and Deputy Minister of the Armed Forces, and sent him to serve in a secondary military district. At the plenum he was removed from the Central Committee. A search was conducted at his dacha. Zhukov had a heart attack. 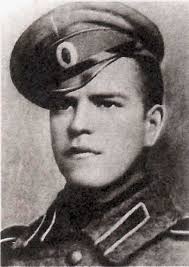 Already in his childhood Zhukov showed such traits as hard work and a desire for knowledge. Despite the fact that he was later accused of not completing full training, Zhukov was engaged in self-education. He made wise decisions, sometimes based on intuition, which gave him inner confidence in the actions taken more than major treatises on military art. In addition, Zhukov went always to the end, sparing neither himself nor his soldiers. He saw the ultimate goal that had to be achieved, neglecting the notions of "good" and "bad" means.

In October 1957, Defense Minister Marshal Zhukov was removed from all positions and deprived of his post. Khrushchev saw in his recent defender a threat, and wanted to alienate himself. Events half a century ago unfolded in the absence of the marshal, he was sent to Yugoslavia and Albania.

But there was a more important reason for Zhukov's dismissal, apart from Khrushchev's personal phobias. By the wicked irony of fate, just before the dismissal, undertaken by the First Secretary of the CPSU Central Committee, Zhukov in the same year spoke in defense of his accuser at the June plenum, when Malenkov, Kaganovich, Molotov and others wanted to dislodge Khrushchev. At that moment, Khrushchev felt grief with gratitude, and the main party elite had already made sure that Zhukov would not allow them to use the army as an instrument of obtaining and retaining power at their discretion. They had different views on the mission of the army, and the power stratum aspired to use it in its own way. 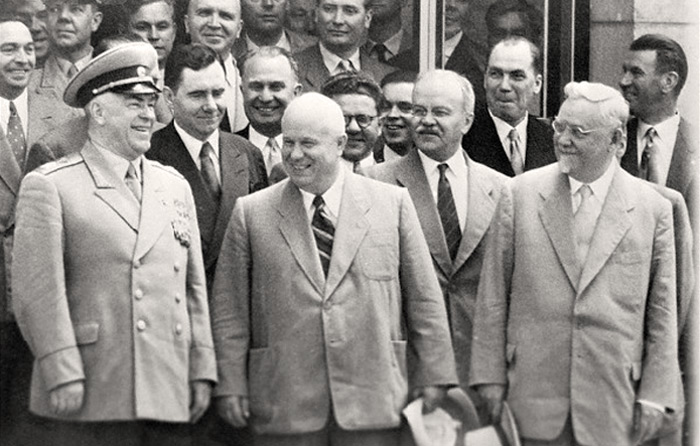 Georgy Zhukov was a member of the highest party body, so his removal from the cases could not take place behind the scenes, only by an arbitrary decision of the presidium of the Central Committee. To give the process the appearance of legality and validity, several meetings of the party were held, the military men were also "processed", instilling them the danger and guilt of the marshal. Members and candidates for members of the Presidium of the Central Committee purposely informed the Communists about false information about Zhukov, without disdaining any insinuations.

The famous October plenum was preceded by a meeting of the party activists of the Central Directorates of the USSR Ministry of Defense, the Moscow Military District and the Moscow Air Defense District as of October 22-23, where Khrushchev tried to probe the ground for the forthcoming plan, in other words, it was a dress rehearsal for the decision already made. Khrushchev then decided to finally accuse the Minister of Defense, since the latent work was carried out. Zhukov was accused of plans to tear down the army from the party, for which he sought to place himself among the servicemen and the Central Committee. Nikita Sergeyevich actually forced, if not to believe, but to admit the guilt of the marshal.

The discussion was closed without the main culprit, as the political elite knew that public discussions about Zhukov would reveal the artificiality and absurdity of the accusations.

When Zhukov returned to Moscow, they waited for him at the airfield. There he heard about the process against him. Zhukov denied his plans to destroy the influence of the party on military infrastructure, but admitted that he made mistakes, thereby belittling the role of party political work. The Marshal recalled how he was withdrawn from the Central Committee under Stalin, but he called the accusations completely unfounded, whereas he promised Khrushchev to correct his mistakes. But this "repentance" did not help him. They were afraid of Zhukov; he interfered with the self-will of the party leaders of the Central Committee of the CPSU. Especially on his fault insisted Bulganin, Suslov, Brezhnev and Ignatov. The decree was issued to remove Zhukov from the post of Minister of Defense - the text of the decree was prepared in advance.

For obvious evidence of the crime, the Special Forces established by Zhukov personally, which represented a school of saboteurs with about two thousand wards, were taken.

The school was considered a personal reserve of Zhukov, which he could use for anti-Party purposes. Marshal said that it was not a secret enterprise, he verbally informed Khrushchev about the creation of the school. According to the shorthand report of the meeting, Khrushchev could not refute this statement.

Members of the Central Committee of the CPSU were indignant: "It turns out that the tanks will not go when the Central Committee says, but when the Minister of Defense says." Zhukov's words, which directly spoke of his vast, almost absolute influence on military forces and people, were regarded as a manifestation of the "Bonapartist" moods and plans of the Marshal. But in that case, what prevented Zhukov at that moment to take power into his own hands, if he had such plans?

Participants of the Plenum did not allow the former defense minister to transfer to the academy of the General Staff - he retired.

Only seven years later, when Khrushchev needed Zhukov's support, he telephoned the marshal, acknowledging that they tar his character. But, of course, this call was not made only in order to rehabilitate Georgy Konstantinovich. Khrushchev lost his authority in the party and he again needed support and protection of the national hero, popular among the masses. But the process was already launched, if Zhukov remained the Minister of Defense, Khrushchev's opponents could not count on the army's help. 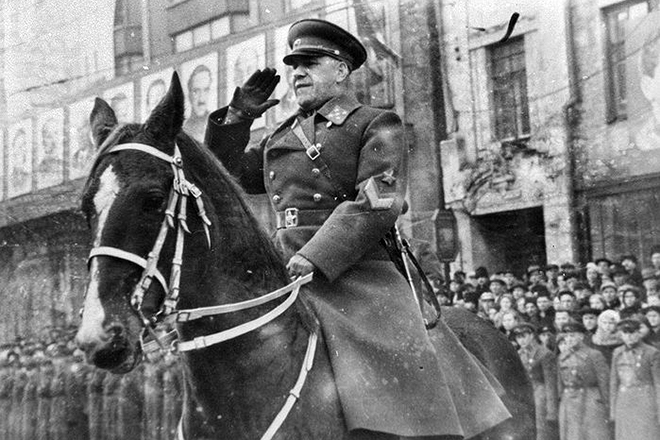 History was repeated - the plot was made when Khrushchev left Moscow.

October 12, Brezhnev called Khrushchev and demanded his urgent return for allegedly discussing agriculture. The first secretary of the CPSU Central Committee was forced to retire. Under Brezhnev, Zhukov remained in disgrace.