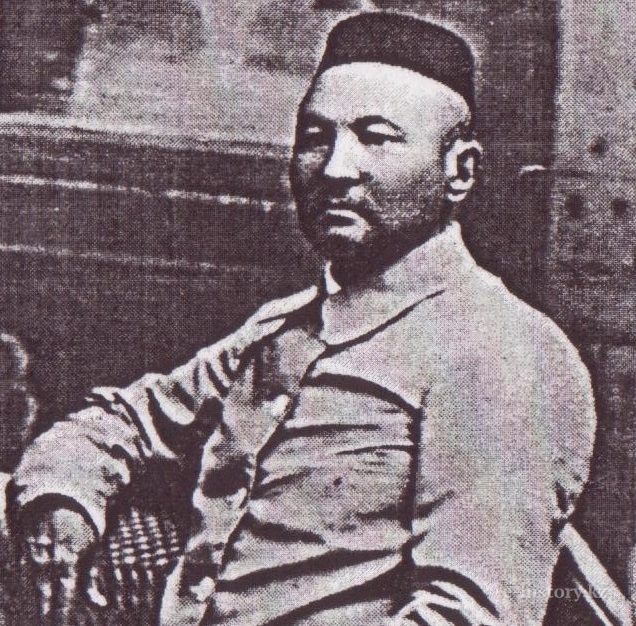 The name of Bidakhmet Bobkin who satisfied the needs of the steppe people, undoubtedly should be in line with the names of representatives of the national intelligentsia of the early twentieth century

Despite the fact that the Zaisan region is in the depths of the Kazakh steppe, on the border with China, local histories and fates keep pace with the time caravan. Learning from the memoirs of contemporaries about the historical events taking place in the region, we really admired the determination, and the exemplary life of personalities.

With the attainment of independence, the issue of open coverage of the activity of the rich, their role in the Kazakh national history was raised. Bidakhmet Bobkin lived in the difficult times of the beginning of the twentieth century, and then his life led him into exile. The name "Bobkin" raises doubts whether he is Kazakh. In fact, Bidakhmet comes from the family of Bobegen; Bobkin called him the Russian merchants who moved to Zaisan. Even his name Bidakhmet was changed, he was called "Fida Akhmetovich." 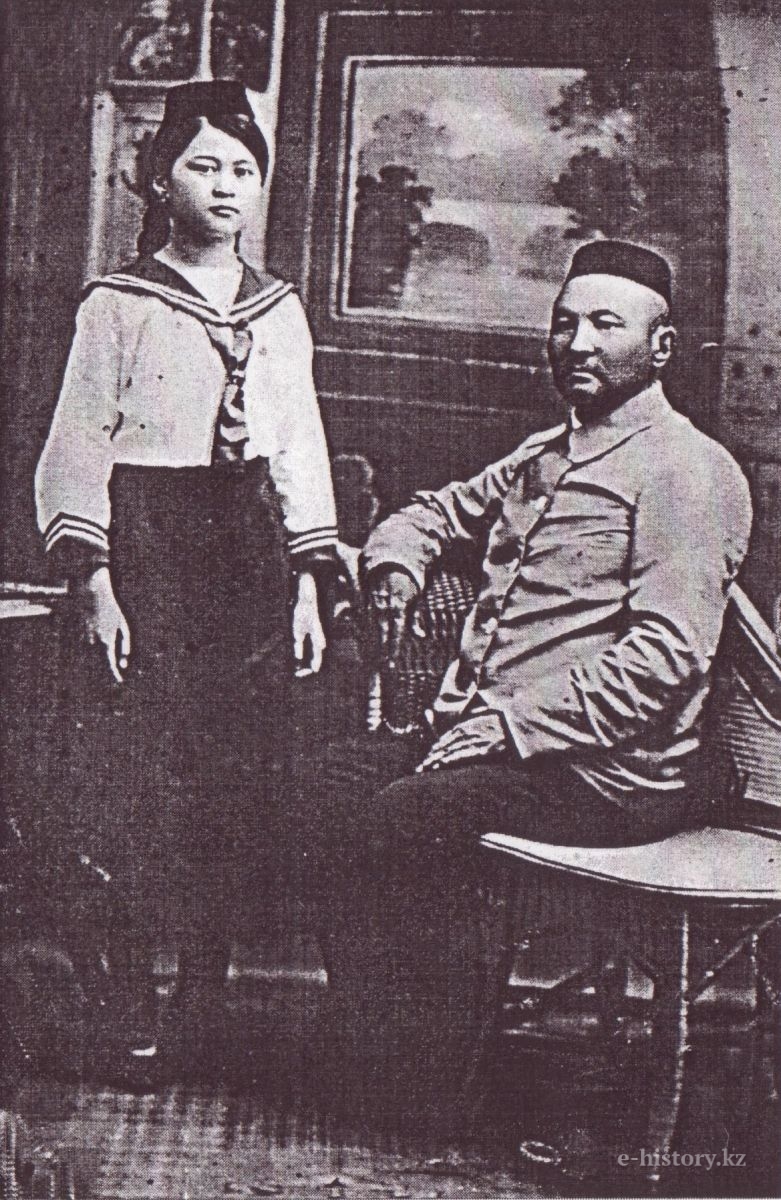 Bidakhmet Bobkin was born exactly 150 years ago in 1867 in the Zaisan Territory. His parents were of medium income and died early. He had a sister, Batima, and Bidakhmet, as the eldest of two children, had labored from the rich in his early years, doing hard work. Conscientious and sharp-witted by nature, the boy honestly and unconditionally fulfilled the requirements of the owners, thereby deserving their trust. The owner, trusting him, entrusted all sorts of affairs that Bidakhmet performed in good faith and honestly. In a short time he was able to raise some money and opened his first trading house, a store. His contemporaries said that unlike other traders Bidakhmet did not seek to entice customers of other traders to his side. His distinctive feature was that in the sphere of trade, which is the medium of cunning and deceit, he never committed villainy.

Thanks to this quality, he was respected in his circle. And influential people especially appreciated him for these qualities, in every way favoring his trade.

Bidakhmet Bobkin was a handsome, slender man. Native niece, born from his daughter Aisha, Khalima Adamovna, wrote that he was chubby, with the characteristic features of an oriental person. He dressed in a European way, and at first glance seemed a creative person, an intellectual. But Bidakhmet always wore a Muslim headdress.

The trade of Bobkin Bidakhmet was not limited to the Zaisan region; he participated in the annual Nizhny Novgorod fair. The dynasty of the Russian merchants Morozovs bought valuable furs from him, and Bidakhmet purchased from them goods of daily necessity, and loaded them into the steamer. When it happened that he did not have enough money to buy goods, the Morozovs provided him with the necessary goods without collateral. This is the power of trust and faith in honesty. The Morozovs believed his word. Surprisingly strong mutual trust between merchants and industrialists of the time, because in our days they say: "There is no friendship in trade". And in his next visit B. Bobkin did not forget about the debt, even returned with interest, and never changed his habit.

Returning from the fair which turned into mass festivities was a real holiday for the townspeople. It is said that Bidakhmet was not only a merchant, but he was also a generous man who performed zakah, one of the five requirements of Islam. For this, the townspeople loved him in particular. Some received boots, the second - shoes, the third – a kind of moccasins, the fourth-fifth ... he also handed out gifts to children. His was happy when people rejoiced. 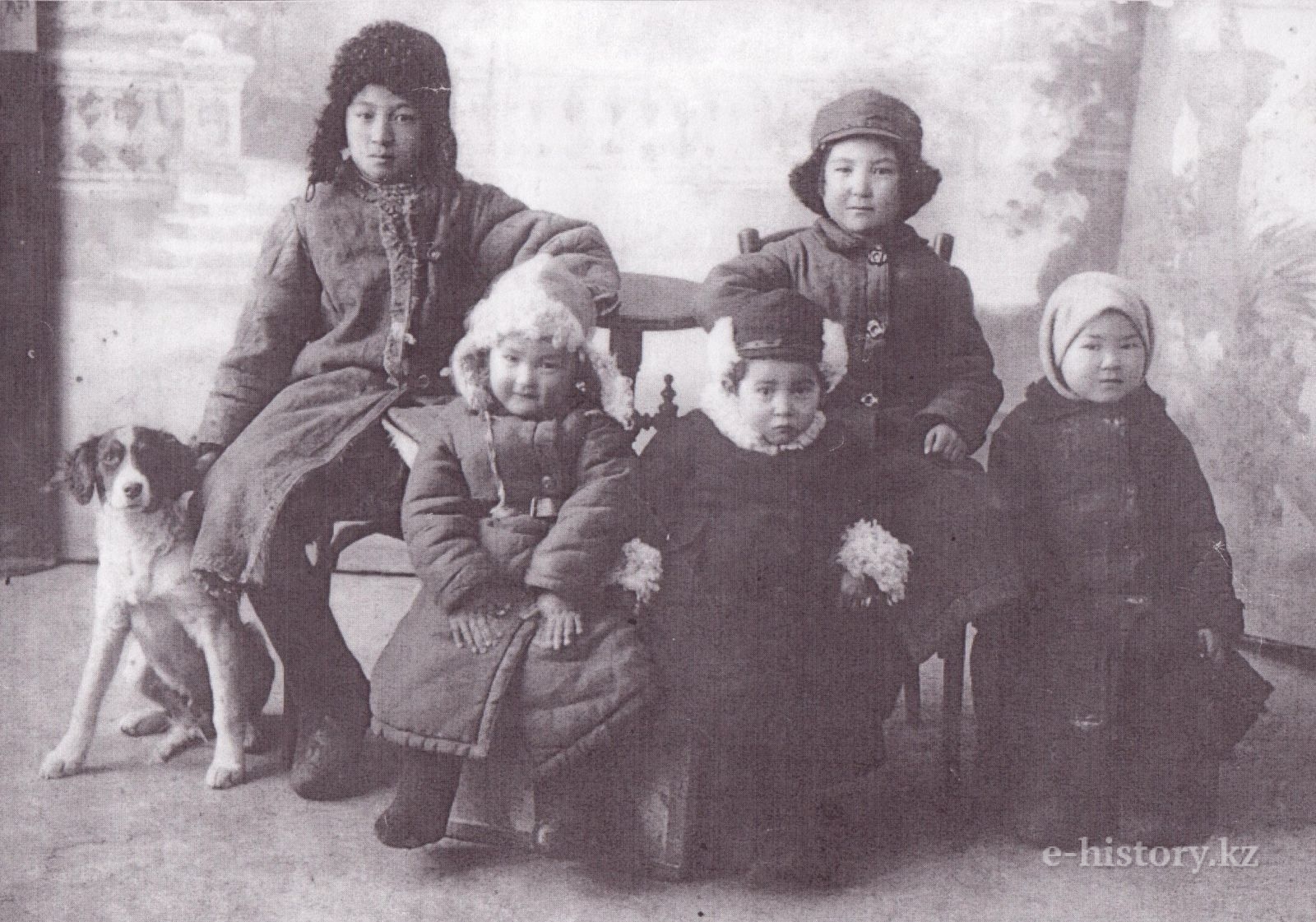 It is known that Bidakhmet employed only reliable people, gave them specific assignments, tried to improve their life and condition. According to Khalima Bekmakhanova, his faithful relatives served him faithfully and truthfully, never stole. Well, Bobkin appreciated their work and paid a high salary. And therefore, they were able to become wealthy people of their time.

And in support of this we quote the words of his co-mother-in-law Maria from the memoirs of Zh. Zhumakhanuly: "He was kind to his employees, three times a day his family shared a table with them."

Thanks to his honest work in his childhood, Bidakhmet Bobkin became a big entrepreneur. He did not study anywhere, but he was not illiterate either. He himself learned to write and read in Kazakh and Russian languages, perfectly mastered the arithmetic actions that were so necessary in the trade business. He wanted his children be educated and literate. He aspired so that the children of the steppe people and peasants could also get an education. This is evidenced by the fourteenth issue of the magazine "Aykap" from 1912: "Zaisan Kazakhs organized measures to raise funds for building a school. 500 rubles were allocated by Bidakhmet Bobkin". 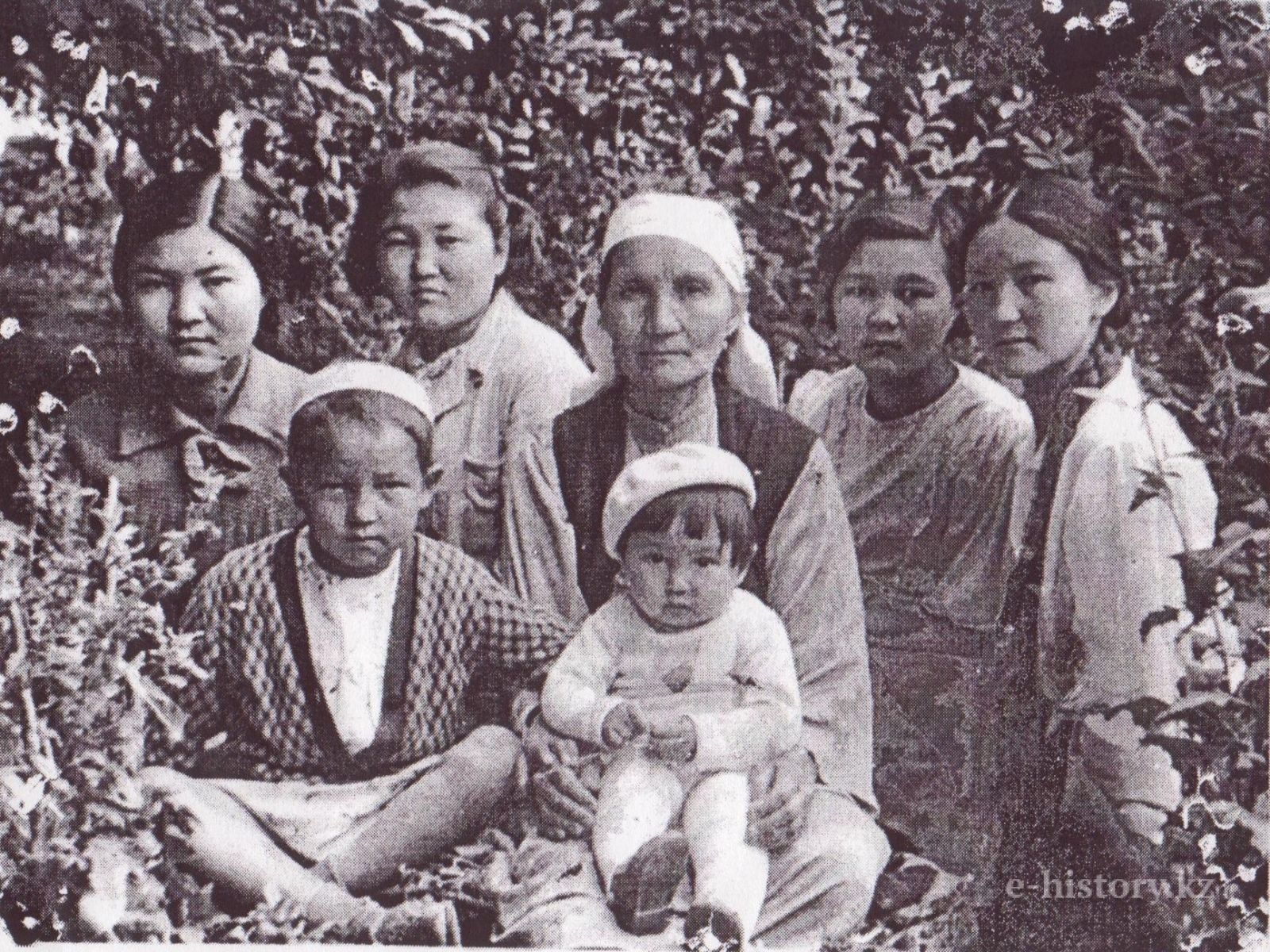 The desire to learn has not faded in him ever. He invited a famous writer of his time, one of the first teachers of the Semey region, Tair Jomartbayev, to Zaisan. Tair closely communicated with the progressive intelligentsia of Alash Alikhan Bukeikhanov, Akhmet Baitursynov, Mir-Yakub Dulatuly, Rayimzhan Marsekuly, and his arrival in Zaisan was a big event. Having moved to Zaisan in 1916, he and his wife, thanks to Bobkin, got a job in a madrasah. This means that a good person always goes well. "He never refused help to the needy," Khalima Bekmakhanova recalled about his maternal grandfather. "He paid someone for schooling, or paid for travel by steamer from Zaisan to Semipalatinsk, another he gave money to buy necessary things for children and a lot another good did this kind man. Therefore Bidakhmet Bobkin enjoyed great respect among the people." 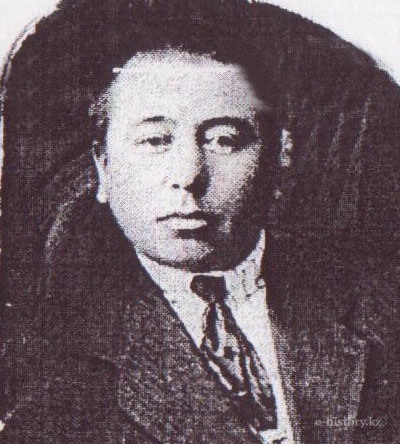 Thanks to wealth, he visited many regions of Russia, such as: St. Petersburg, the Caucasus, Kazan, Ufa, and Tyumen. In his travels, he took with him and daughter Aisha. By the way, about the children of a famous rich man, from his first wife Khalima, were born two daughters – Aisha and Khadisha. From the second wife Gulsum Mussina (she was the daughter of a merchant of the first guild) he had eight children. Aisha was a bright girl, she studied at the local Zaisan school, knew Russian, later, working for a typewriter, helped his father to conduct his office work. Having reached adulthood, she married Adambek, the son of Bekmukhammed, known throughout the county as a "local mullah." Bekmukhammed Satypaldyuly was also a competent person at the time, had a keen mind, and was one of those who were rooting for the country with his soul. In the school for Kazakh children was one of the leaders of the Alash Horde - Mir-Yakub Dulatuly. The son of the "local mullah" Adambek, also was a difficult person, he was the first Zaisan officer, commander of the Alash regiment. And in this harmonious family was born Khalima Adamkyzy, the wife of a famous historian Yermukhan Bekmakhanov.

A terrible year of 1920 was approaching. Like many other merchants, Bidakhmet Bobkin was exiled. In 1920, a detachment of General Denikin, one of the generals of the Kolchak army, invaded Zaisan. This campaign, the White-guard general, retreating under the onslaught of the Reds, was the reason for the departure of the Bobkin family to Mongolia. After living there for a while, they returned to Zaisan again, and during this period Soviet power was established in Zaisan. In those troubled times in the yard of his own house merchant Zhunis Tatanov was killed, Bidakhmet Bobkin was forced to leave for Uzbekistan, and then for Karakalpakia. In the end, he settled in Tashkent. But he was not able to survive the repression of 1937, he was accused and arrested. "He died on the road, during the stage in the Far Eastern Voroshilovgrad," says Khalima Adamkyzy. Nagashy ata (grandfather on the maternal lines) bequeathed to her: "After my death, do not forget to give alms to the poor."

One of the old buildings in the city is the house of Bidakhmet Bobkin.

The construction of the house was started in 1891 and finished in 1894. Here lived the family of Bidakhmet. The area of ​​the house is very large; it has several rooms and a large hall. The house has two heating ovens. The building is U-shaped. The facades are decorated with rustled blades, interrupted by relief traction, patterns of the cornice and the top of the pilasters. Windows are rectangular with curvilinear completion, in contrast to the eaves, decorated brickwork is rather sparingly. In general, the building is kept well, only the cornice is slightly damaged. The building was built by the people's architect Bayazit Satpayev and, despite the age-old boundary, did not lose its original appearance.

With the establishment of the power of the Bolsheviks, the county and district party committee was located in the building, and in the 1960s and 1970s the newspaper Dostyk was located. Since the 80s there was a district department of education. Currently, the building is located Zaisan regional museum of local lore.

Bidakhmet Bobkin, the owner of the enterprises for the processing of valuable fur, was known throughout the Semipalatinsk and Ust-Kamenogorsk districts; from the 1890s to the 1920s he supplied his raw materials to the southern regions of Russia and conducted active trade. The name of the figure that satisfied the needs of the steppe people must undoubtedly be in line with the names of representatives of the national intelligentsia of the early twentieth century.