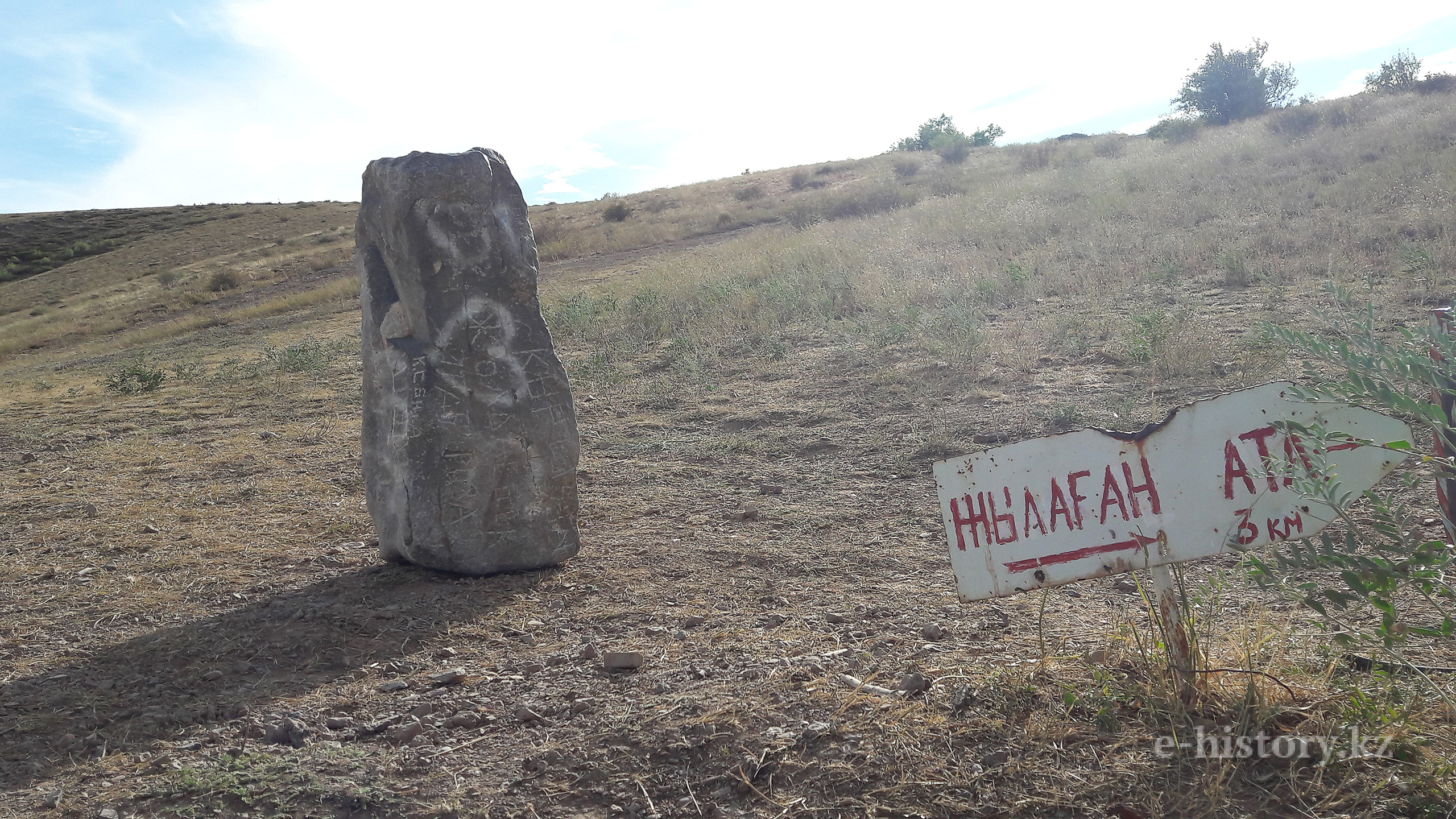 The land, about which people form legends, today is the place where they come in search of a panacea for diseases, where desires and prayers are fulfilled. But no one knows the mystery of a waterfall

On the request of the Ministry of Culture and Sports of the Republic of Kazakhstan, the film crew of the documentary "Sacred Kazakhstan" visited the southern regions of the country, plunged into the mysterious history of the sacred sites of three regions (Almaty, Zhambyl and South Kazakhstan regions). During the trip we noticed that all the sacred places that we visited have their own history and legend. The emotions that we received by visiting these places are indescribable. The cave "Zhylagan Ata" is located at the foot of Karatau, not far from Kentau in South Kazakhstan Oblast. Zhylagan Ata lived around the 6th-7th century. According to the legend, the rich, elderly family had no children, and they asked the Almighty for a child, their prayers were heard and a year later a boy appeared. From this moment begins the history of this area, full of legends and truths. 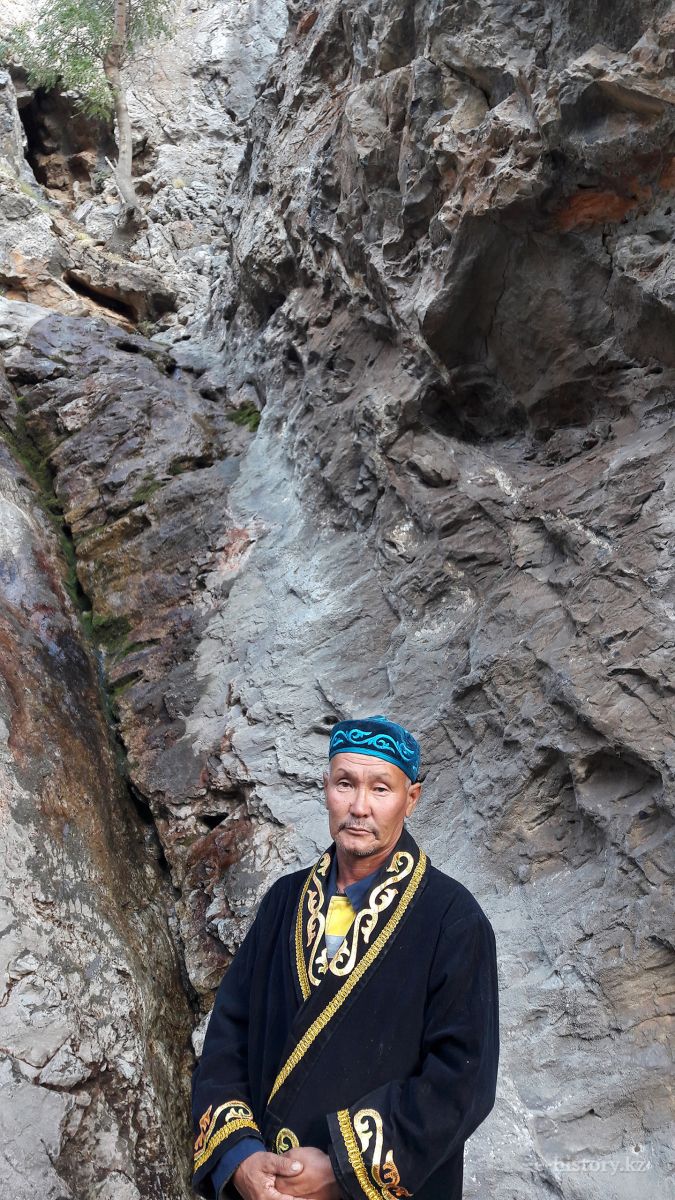 According to legend, there lived a rich man named Gurzu Khan; he had a wife named Shash-Ana. Having enjoyed the delights of a rich life, they in old age began to dream of a son who would manage all this wealth. This was the period when Islam was spreading on the territory of Kazakhstan. Gurzu Khan, on the path of Islam, asks Allah for a son. The Almighty fulfilled his desire and Shash-Ana became pregnant, at the right time she gave birth to a child. The child was born "in a shirt", wrapped in a shell, as if he was in a wineskin. And at that moment Kydyr Ata foretells him: "This is not a simple, but a sacred child, and in any case do not rip out the wineskin - a sign of grace. The time will come, and he will come out himself, and until then, carry him in your arms," said the elder. The spouses have heeded the old man's words, and for some time wore a wineskin on their hands, but the child does not talk, does not laugh, and does not cry. 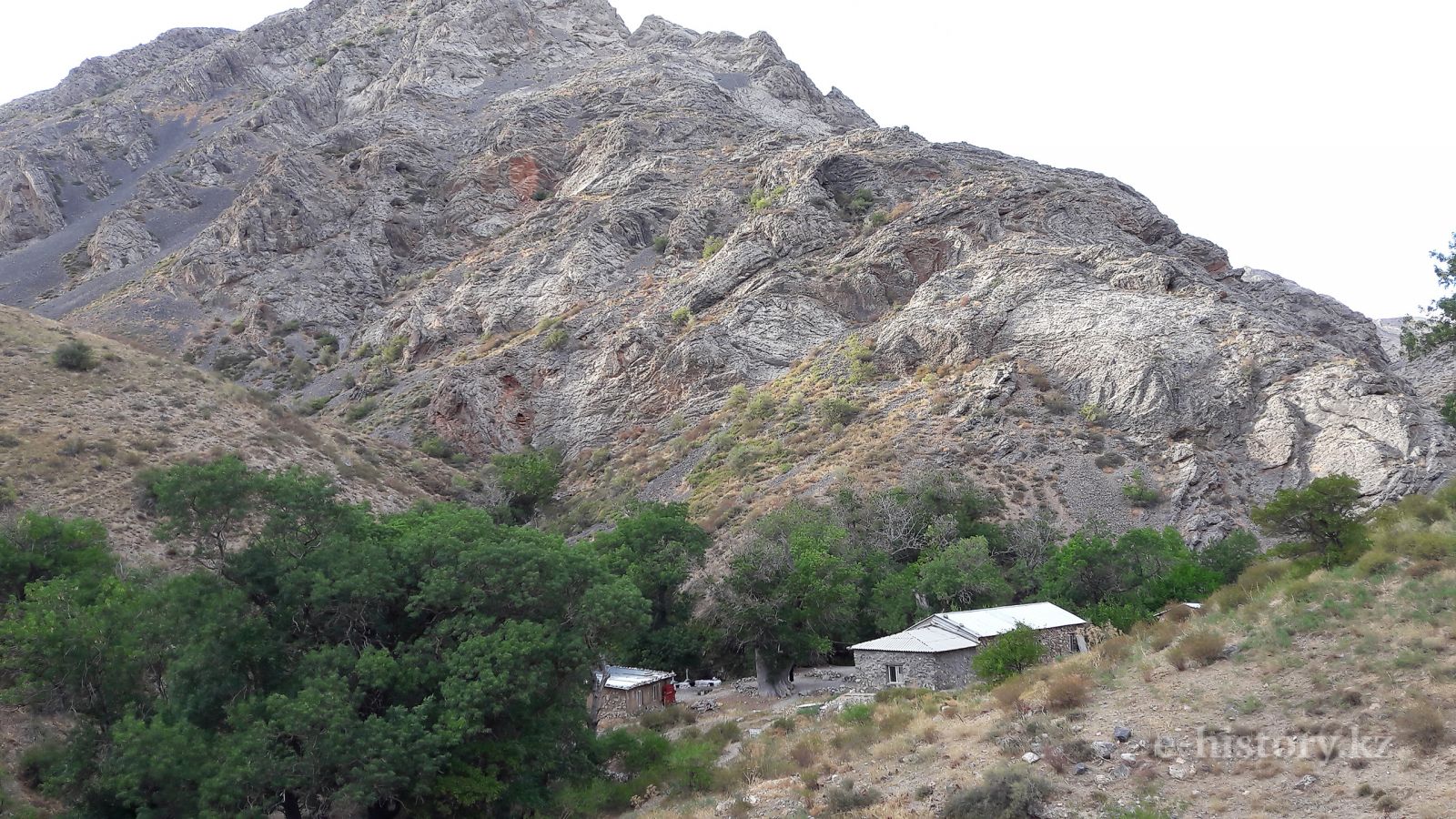 One day, a mother, tired of wearing the wineskin, stopped at the lake, which is located near the village of Igilik (a settlement near the cave of “Zhylagan Ata”). "How much we can carry you in our arms, you do not talk, you do not laugh, you do not cry," she said, and at this time the wineskin falls from her hands, and from it rushes a radiant boy and runs off to the side of the mountain. Parents rushed to catch up with him, in the direction where the boy ran. Playing along the road, with the words "my parents want to drink", he struck his pikestaff on the ground and a well appeared on that place (on the way to the cave there is a well of Taskuduk, this well is also considered sacred). At this place he (Zhylagan Ata) sat and played Alshee, and the cobblestones served as Alshee, and when the parents had already reached him, he turned over from side to side and went on. At this place there is a cavity of “Ana Zhatyry”, where he waited for his parents. When they reached him, he disappeared into the cave. His parents asked him, and the boy replied: "We will not meet with you in this world, but in the afterlife. Do not worry about me, and when you return to the aul do not turn back. I will do my best so that wherever you are, there is prosperity and harmony, kindness and joy." 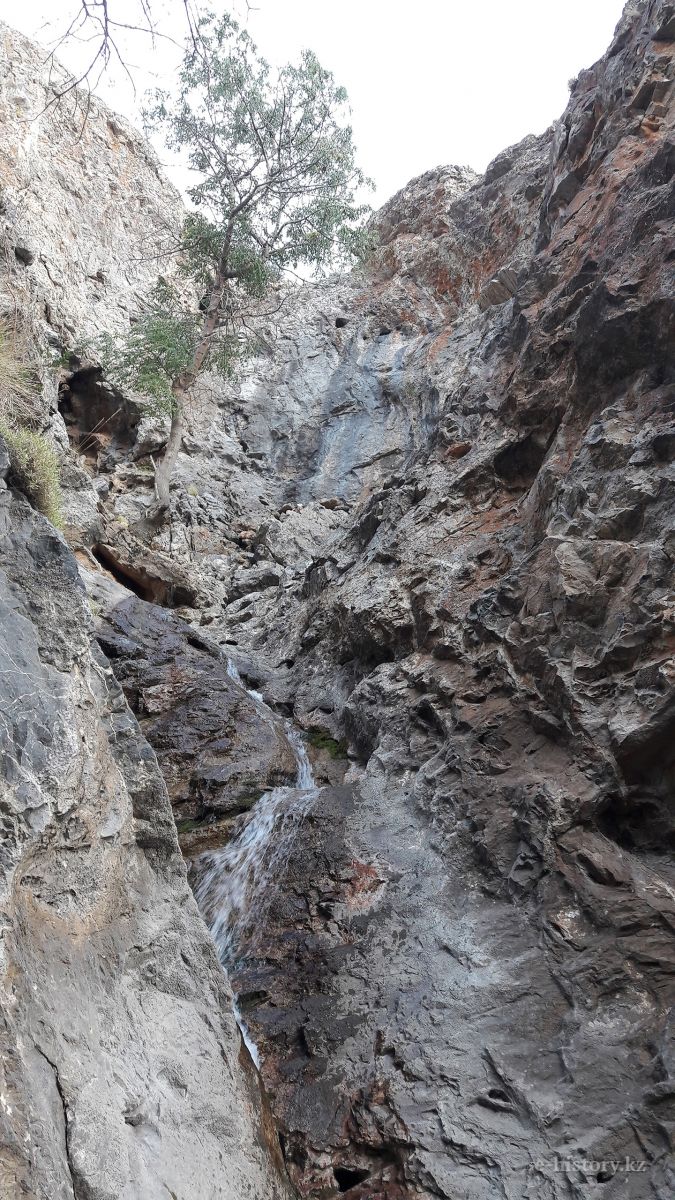 There was nowhere to go, sad parents returned home. Having reached the territory of Esekkol, unable to stand it, they turned back, hoping to see their son. But they saw a radiant river that flowed behind them and at the same moment disappeared. The same river appeared in 5-6 kilometers, but no one knows about it for certain. In that huge cave there are three large apertures. The first opening is at the top, from where the water is beating the fountain. The second opening appeared when the sad parents looked back. During the Soviet era, geologists wanted to study this place in order to uncover the mystery, and to enter the cave they wanted to roll huge stones with special devices, and at that moment snakes and camels suddenly appeared. So there was a third opening. This expresses the sanctity of this place. 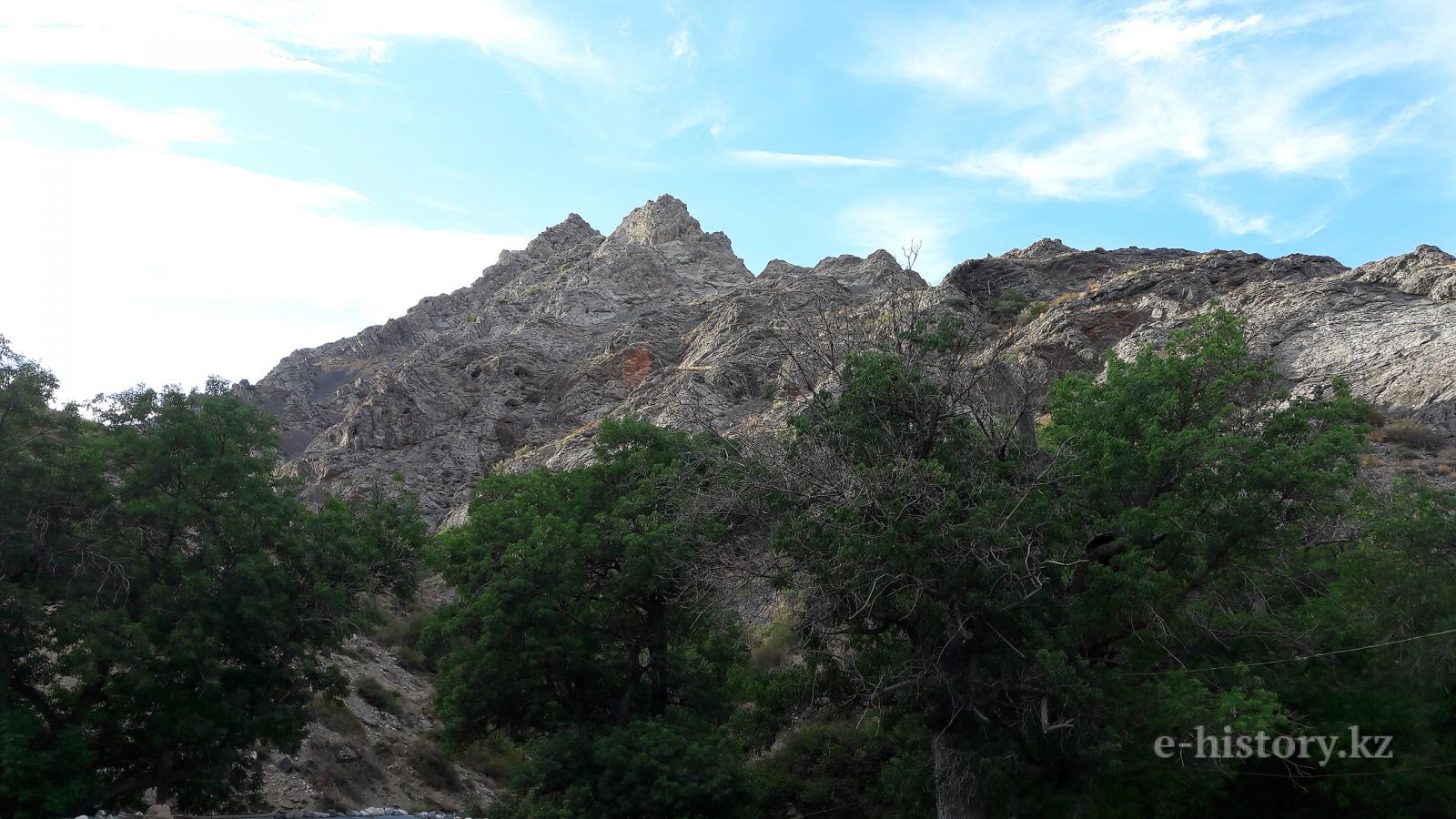 Now the area of ​​Zhylagan Ata is sacred and mysterious because of its water that flows from a mountain cave, because water appears only when the Koran is read. It is not easy: it appears and flows, it appears unexpectedly, suddenly and aggressively, like a waterfall, no one knows when it will appear, it happens that it does not appear for a couple of days. People who specially came to see this miracle sometimes wait for a week to see it. The main thing is that intentions are good, if intentions are pure, then what is meant to be will happen. 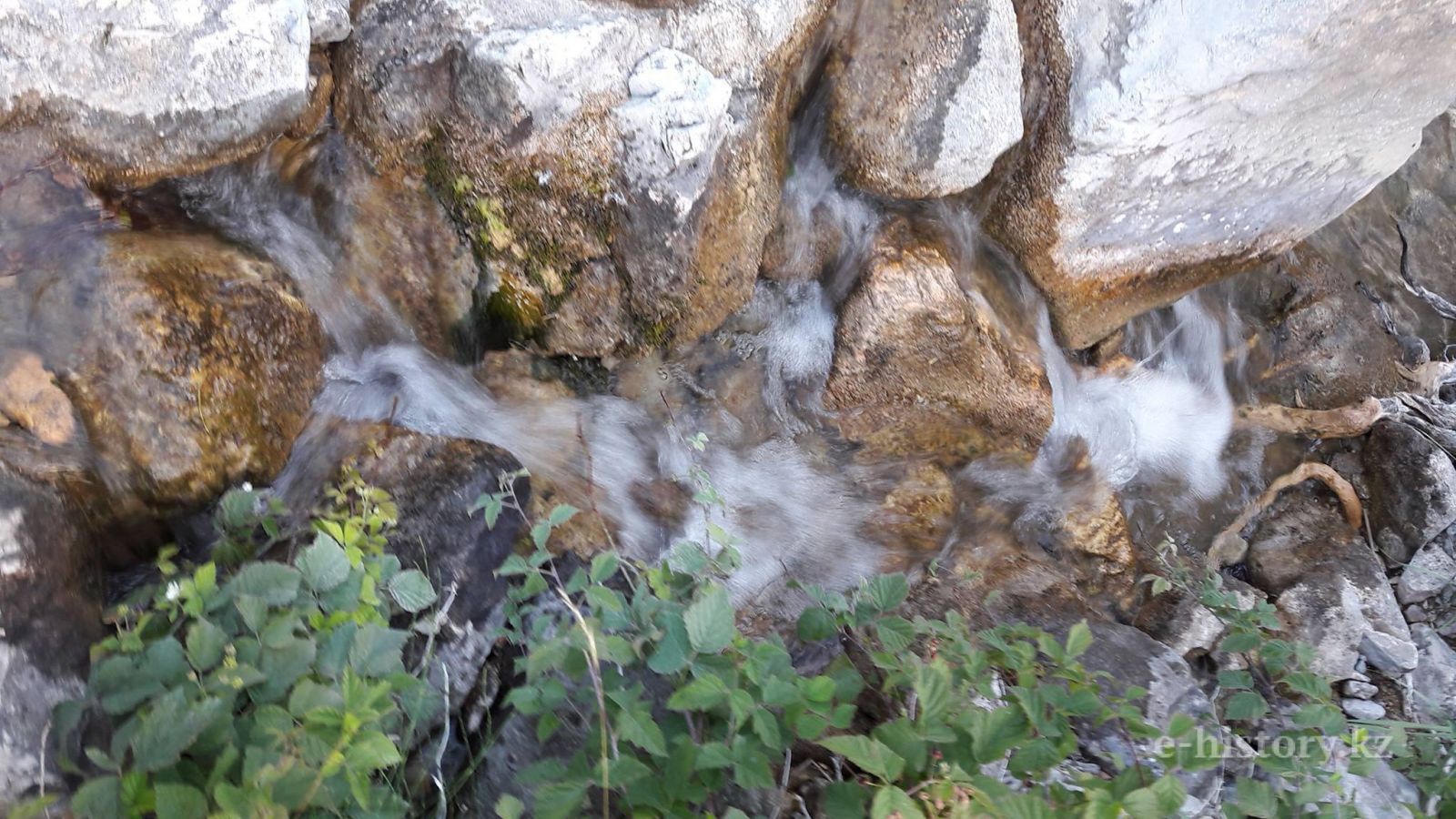 As mentioned above, any equipment that domestic and foreign scientists brought here for studying the area, simply did not work here, went out of order. Is not this holiness? 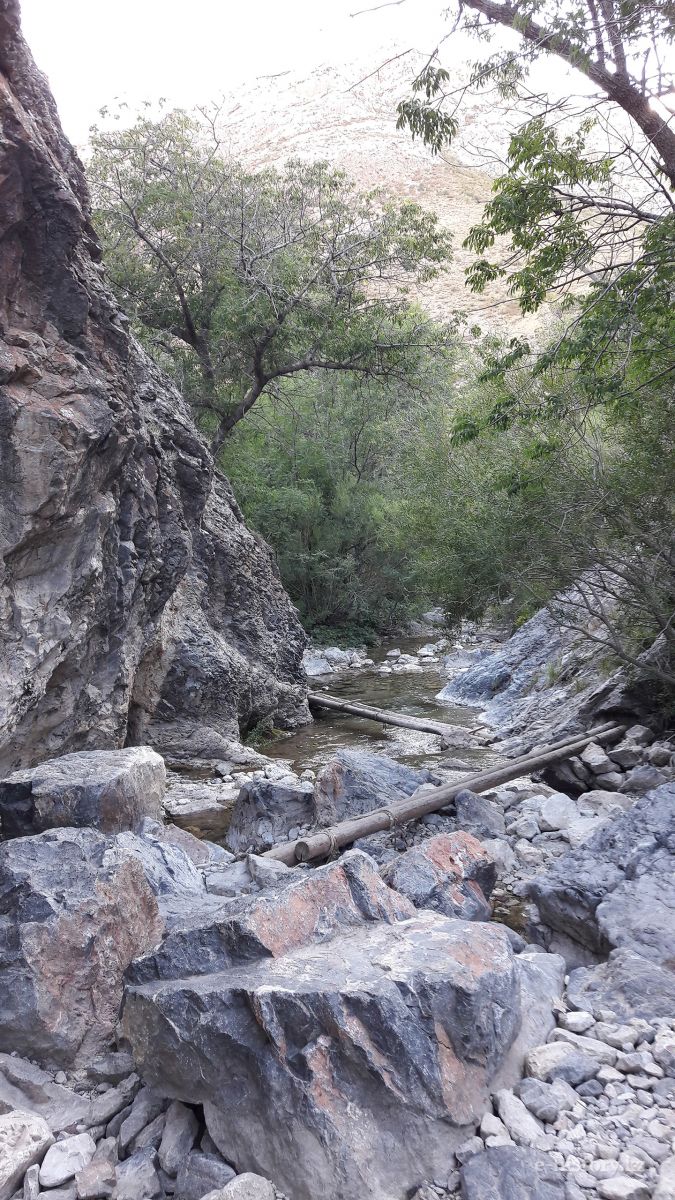 I've been working as warder here for a year and a half. And during this time, tourists came here, and just interested people, all had different goals, some came to be healed of the ailment. Some were healed, and in this is the main holiness of the cave of “Zhylagan Ata”. 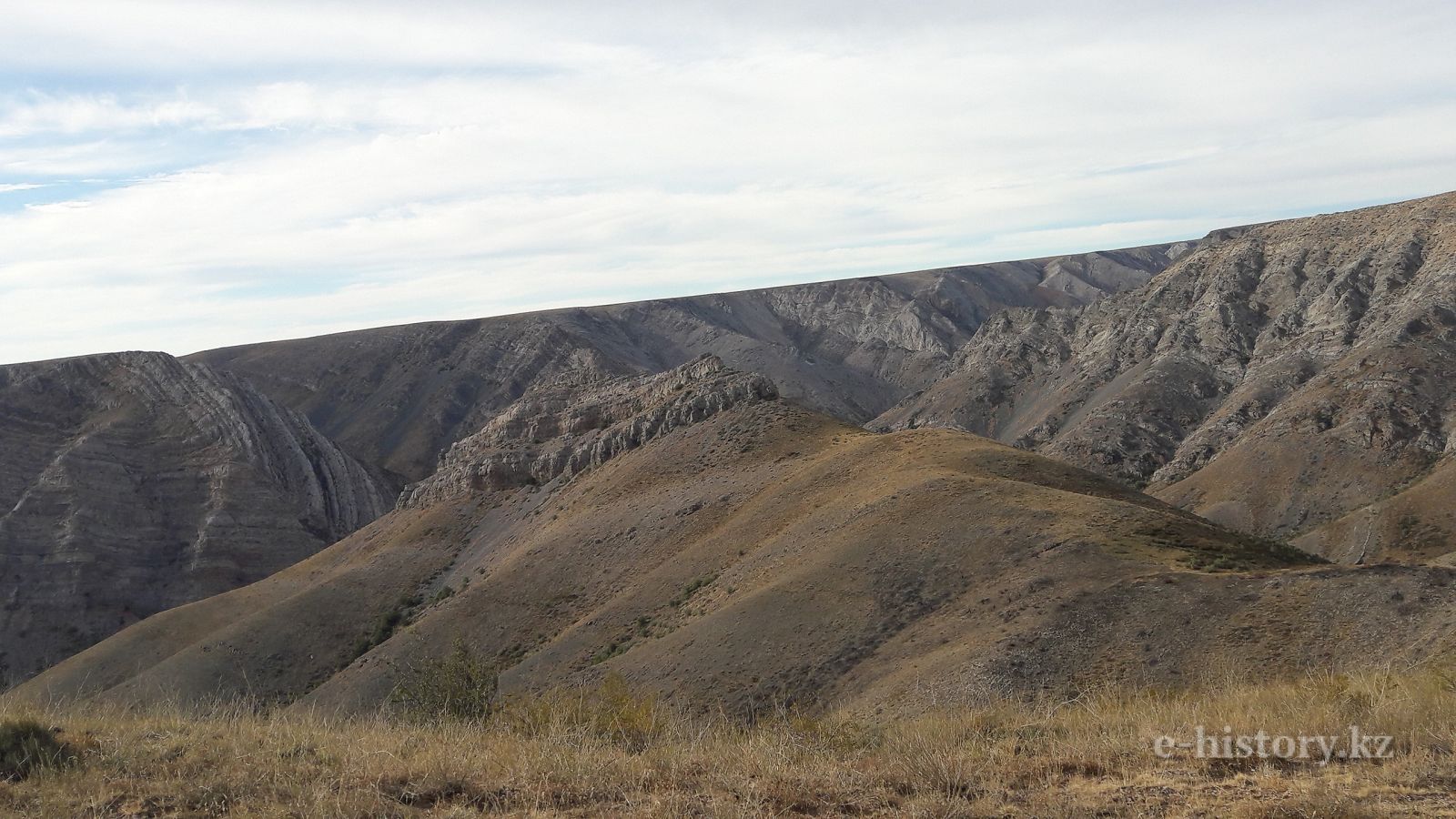 The story of Zhylagan Ata and its location impressed us, and in support of the warder’s words, there are a lot of people here. They have a hope in their eyes. In turn, we also read the prayer to the spirit of our ancestors, prayed and continued our journey.

Materials on theme
Che Guevara - a fighter for justice or a cruel fanatic?
How Were Kazakh National Ideologies Promoted in the Past Century?
Nursultan Nazarbayev and Kazakhstan model of world and accord
The History of Semey