Home News History in 5 minutes HISTORY OF ONE SCHOOL

HISTORY OF ONE SCHOOL

In the framework of the "Tugan Zher" program, the NDH portal publishes an article by A. Dairbekov on his native school, which has its own amazing history

The secondary school named after Sapargali Begalin in the village of Kaynar in the territory subordinated to the maslikhat of Semey city of East Kazakhstan region is only one of thousands of schools of cities and villages of Kazakhstan, each of which has its own history. But this is one of the oldest schools in Kazakhstan; its creation is associated with the name of a local resident who opened a school in his own house. Between the village of Kaynar and directly to the city of Semey - 290 kilometers, but the village belongs to the territory within the city boundaries. Often villagers are jokingly called the Semey-Kaynar route the longest street in the city of Semey.

The history of the school begins in 1922, when the Soviet government took a course on eliminating illiteracy. Resident of the village Tursynbay Dairbekov responded to the state's appeal. Without waiting for the government to create a school, he decided to contribute to the state program of education. 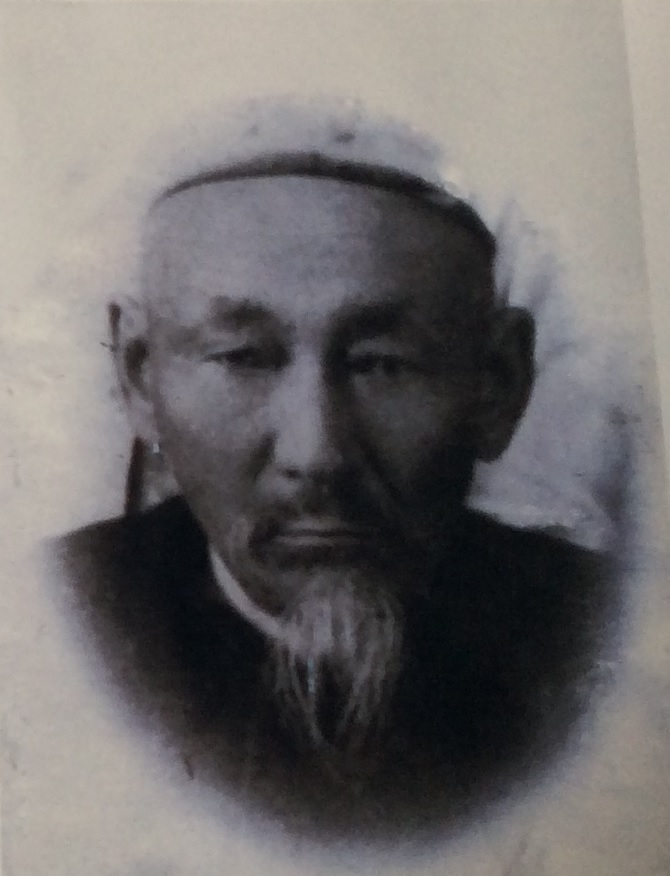 The popular Kyrgyz writer Chingiz Aitmatov in Kazakhstan has the story "The First Teacher", in which the state sends a young Komsomol member to the village who builds a school with his own strength and strength of guys, receives no support from either the rich or from the local population, experiences many trials, ridicule, before he can establish the educational process. The story describes the events of those years when the Kaynar School was created. Only residents of the Abraly region were more fortunate. Local resident Tursynbay Dairbekov took matters into his own hands and allocated two rooms of his house for the school in the wintering of Karatumsyk.

Tursynbay Dairbekov was a middle-class man, a medium-wealthy owner of hundreds of horses and sheep; he was neither a fabulously wealthy cattle owner nor a poor horseless. In addition, he was a clerk and worked for a rich man, a large merchant Abdrakhman Zhussupov (Yussupov) who owned a large number of livestock in Abraly and traded, mainly cloth, in Semipalatinsk. Abdrakhman Zhussupov was a shareholder of the Siberian Trade Bank, in his 7-room (according to other information, 10-room) brick house in the Zarechnaya Sloboda of Semipalatinsk, Alash-Orda figures often stopped and frequently gathered.

Zhussupov's house was one of the government buildings of Alash-Orda, and the merchant himself was elected a member of the regional committee at the Semipalatinsk regional congress after the February Revolution in the spring of 1917, preceding the two All-Kazakh Congresses. Abdrakhman Zhussupov and Tursynbay Dairbekov were distant relatives, descendants of Olzhashy-batyr, commander of the times of Essim Khan. However, the merchant valued the smart, intelligent, enterprising, progressive, strict, but fair, economic Tursynbay and trusted him more than all the rest, even his closest relatives. For many years Tursynbay Dairbekov was an assistant, right-hand man, served to a merchant as the clerk and conducted his business affairs, was the manager of the Zhussupov household.

In 1923, he himself took up small business, created a cooperative "Altay", which began to receive skins and wool from the population, rent them in the city and provide local residents with tea, sugar, salt, kerosene and other necessary goods in the household. The opportunity for this was created by the government's new economic policy (NEP), which allowed every citizen to create industrial and commercial enterprises. There was a short era of cooperatives, and the cooperative "Altay" of Tursynbay Dairbekov was one of them.

To train children, Tursynbay Dairbekov went to Karkaralinsk, where he invited a teacher named Botov. The merchant dynasty of the Botovs was famous not only in Karkaralinsk, but also in the whole steppe, thanks to the Koyandy fair, which is also often called Koyandy-Botov, by the name of its organizers. One of the representatives of the Botov family and became the first teacher of the primary school in the Karatumsyk wintering. The first teachers were also Mustash Iskakov, Toleugali Musapirov. The first director was Kapan Musainov. The first students were Shrakbek Kabylbayev, later lieutenant general of militsiya, interior minister of Kazakh SSR, scientist-linguist academician Akhmedi Iskakov, future director of Kaynar secondary school Arin Imanakishev.

The cooperative "Altay" spent most of its profits, 60-70% of the income for the needs of the school. 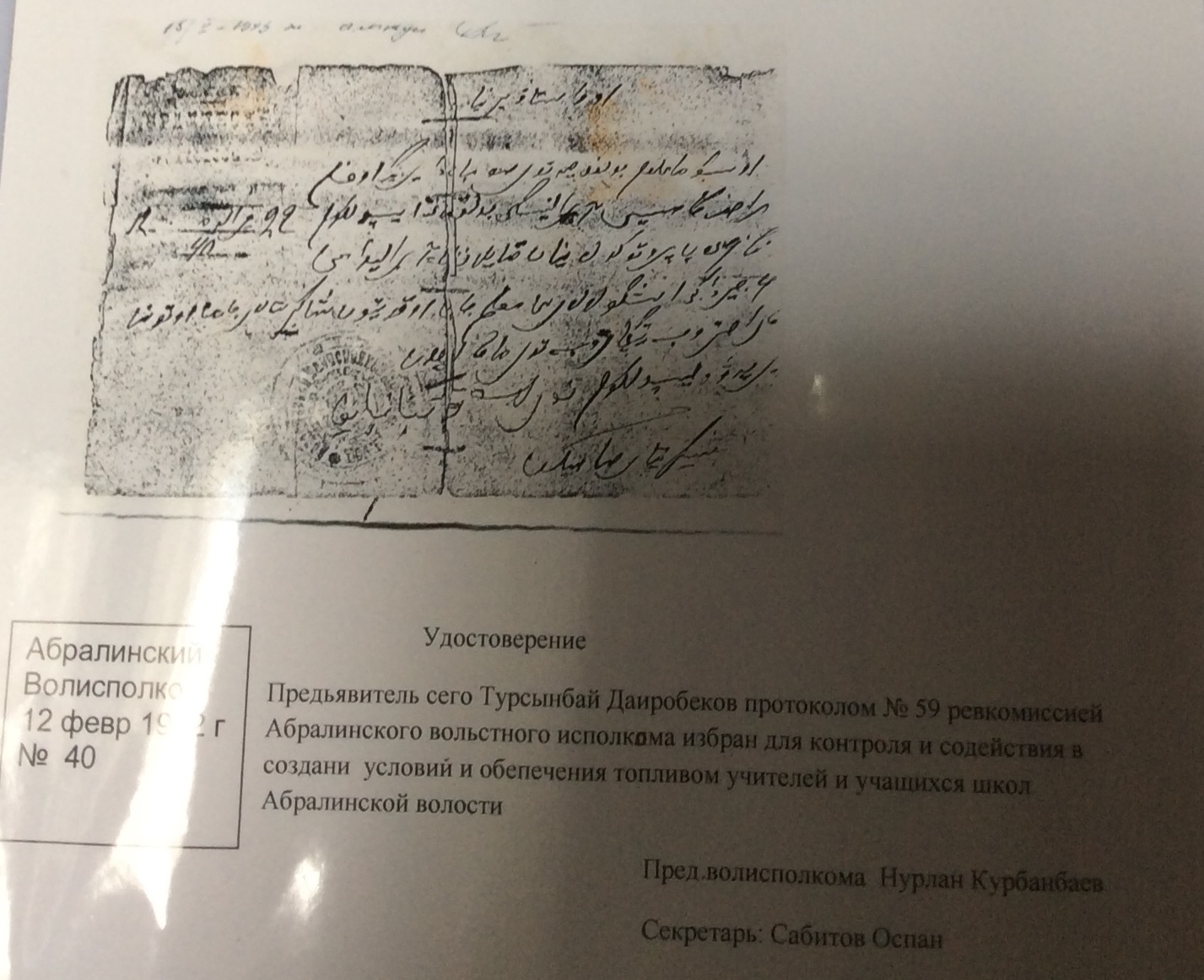 Protocol No. 59 by the Revcom of the Abraly Volost Executive Committee Tursynbay Dairbekov was elected to monitor and assist in creating conditions and supplying fuel to teachers and schoolchildren of Abraly Volost schools. During the expansion, the school was transferred to the Kiikkashkan wintering. Skeptical ignoramuses often expressed bewilderment at the desire of Tursynbay Dairbekov to open a school.

"You have only 2-3 children, you can learn them and not build a school, what do you care about other people's children?" any were surprised.

Someone even expressed discontent with the provision of education to girls, saying that equality of men and women is dangerous for the traditional family way of life.

And one rich man mocked at Tursynbay: "I congratulate you on the fact that you extinguished your hearth and squeezed the families of your brothers." To which Tursynbay Dairbekov answered: “I did not extinguish my hearth, but on the contrary lit, unless the educated children are not my pupils?” he explained the opening of the school in his house.

"The wide path that in the darkness does not let you get lost, may Olzhashy-batyr spirit be with you," the poet Zhaksylyk Tolenov wrote to Tursynbay Dairbekov.

Tursynbay Dairbekov's son, Aitkazy Dairbekov, worked for 40 years in the banking and financial system, headed the regional office of the bank in Semipalatinsk. One of his hobbies was folk songs, a student of Zhussupbek Yelebekov, he was the successor of the song traditions of Saryarka.

Another fascination was the collection and compilation of a genealogy. Aitkazy Tursynbayevich who knows a lot about the past of his ancestors and the native land, told and provided a lot of information, evidence, materials on the history of past to researchers Medeu Sarseke, Bolatbek Nasenov, Aigul Abeshova when they wrote books. In 1928, the Abraly district was established with a center in the village of Kaynar, where in 1931 the school was transferred. In 1934, it became the main, and since 1936 - the secondary school. The school's director was Arin Imanakishev, its first pupil. It was built under the guidance of the district school inspector Nasen Zharylgasynov. Zanggar Karimkhan already wrote about this on an Internet portal "NDH".

On July 8, 1938, he was charged with allegedly being an enemy of the people and Japanese spy. The reason for this was allegedly the wrong building of the school, its location, in which they saw the wrecking. Nasen Zharylgasynov was arrested, convicted and sent to Sakhalin, where he died. 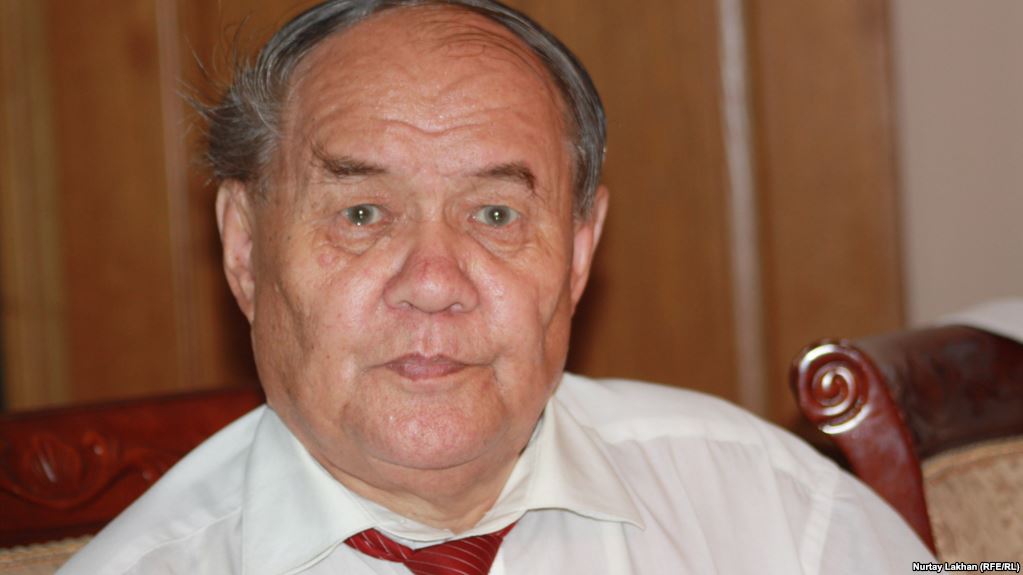 His son Bolatbek Nasenov was born the year before his father's arrest and this year marks his 80th birthday. Bolatbek Nasenov is a graduate of the Kaynar Secondary School, an economist by training, worked in the Ministry of Finance and in the management of the “Ken Dala” joint-stock company engaged in farming. For more than a quarter of a century Bolatbek Nasenov has been studying history, archival materials. He managed to publish many previously unknown facts from the history of Kazakhstan, collect information from archival documents related to the names of Abylay-khan, Kenessary, Abay, materials on the national liberation uprising of 1916, collectivization, famine, and repression. He is the author of a multivolume encyclopedia dedicated to the Abraly region. However, it reflects the history of neighboring regions of East Kazakhstan and Karaganda region, inextricably linked with Abraly. 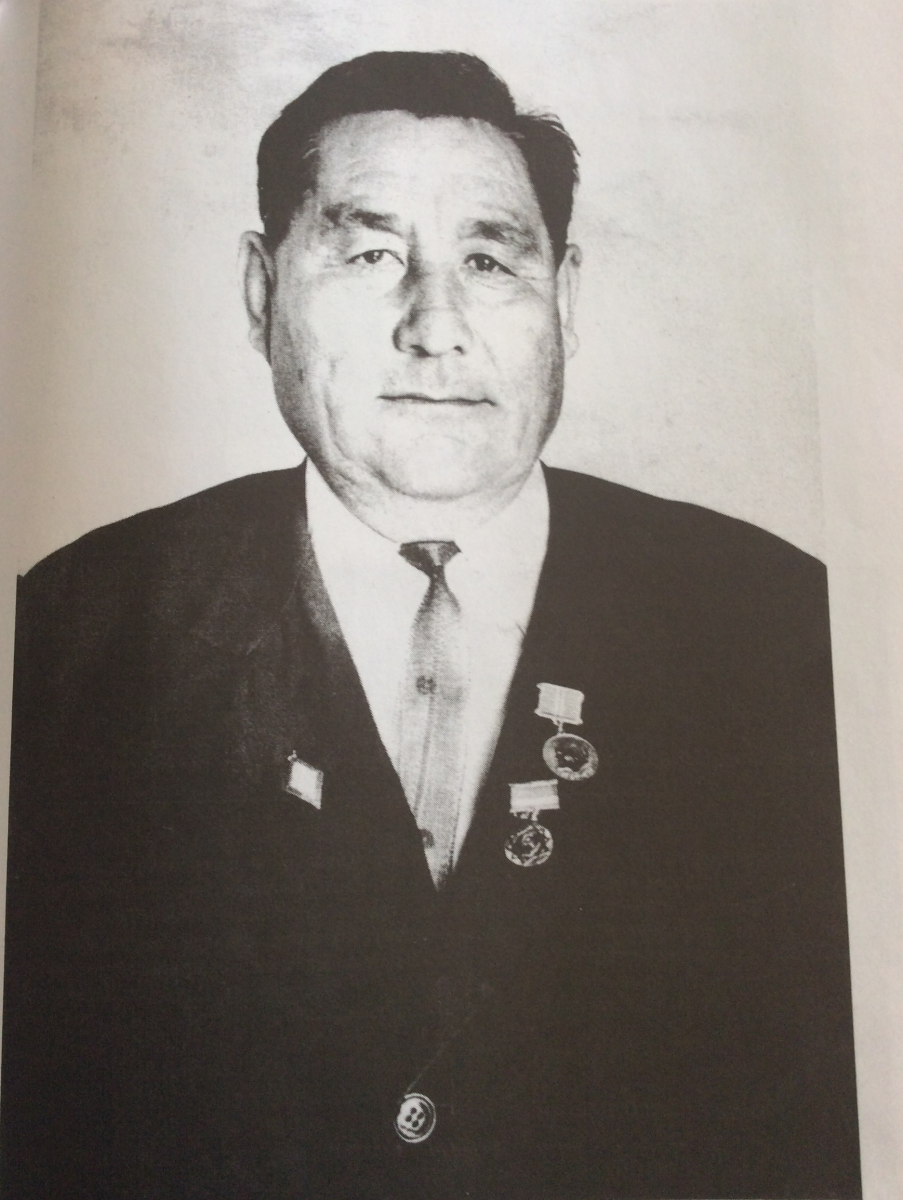 Convicted for the construction of the school was Arin Imanakishev. However, later he was rehabilitated and even awarded the badge of the honored teacher of the republic.

And Zhappar Imanakishev was the director of the school. He perfectly taught chemistry, and literature, and astronomy, he knew the psychology of children well; he was a teacher by the vocation of the soul.

For many years, the representative of the Imanakishev family, Kaben Aytkazin, was also a teacher.

Beisen Imanakishev, a graduate of the school, worked as a livestock specialist and an economist in various state farms in the East Kazakhstan and Karaganda regions, was an activist of the anti-nuclear movement "Nevada-Semey", took an active part in actions to close the nuclear test site, and headed the environmental committee of the polygon district. Beisen Imanakishev also studied history and genealogy, the activities of Essim Khan and his commander Olzhashy-batyr. The tragic accident that claimed his life did not allow him to implement a plan to publish a book on local history. This year he would be 80 years old.

On the eve of the war, Aimukhamet Mansurov was the school's director. This year marks the 100th anniversary of Mansurov who for more than 25 years headed a number of districts in the Almaty region.

This year marks 100th anniversary of Oralbek Kudyshov who for more than 40 years was a teacher with a single break for the war in which he participated. One of the first graduates of the school, he taught physics in it before the war, and then became a primary school teacher and was the first teacher for many generations of Kaynaris. He completed his activities at the school of the Zhambyl state farm (the village of Akterek) in the neighboring region. 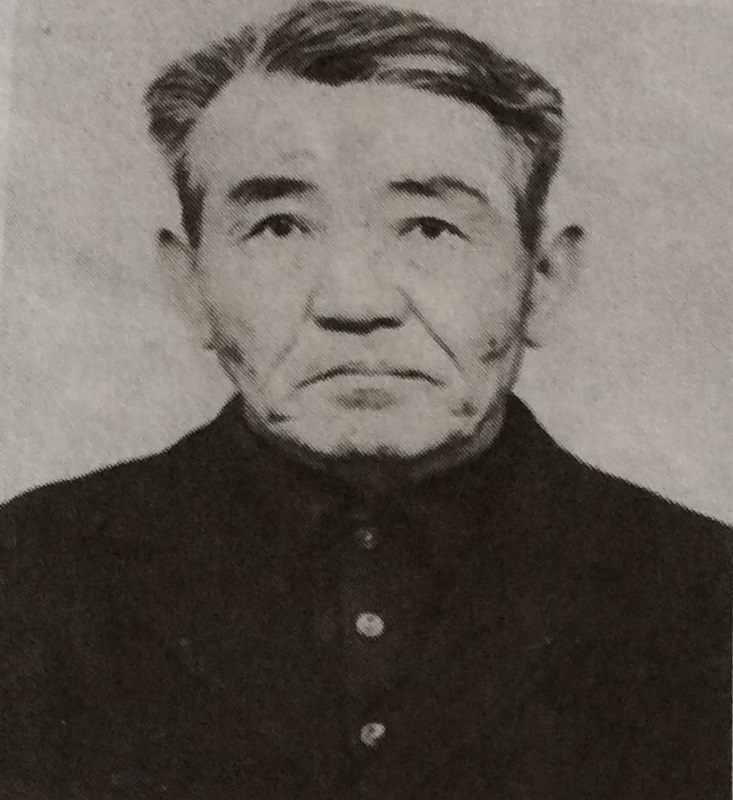 However, the twentieth century was a test for the region. Collectivization, the Holodomor, repression, the test site - all this caused the population to leave their native lands. But many were sent to other regions, to work with their families. Although academicians Zhabagy Takibayev, Seit Kaskabasov and Rymgali Nurgaliyev, singer Bibigul Tulegenova studied in other regions, in other schools, the Abraly and the Kaynar residents are proud of them as their fellow countrymen.

In 1983, the school was named after fellow countryman - child writer Sapargali Begalin, the founder of Kazakh children's literature. 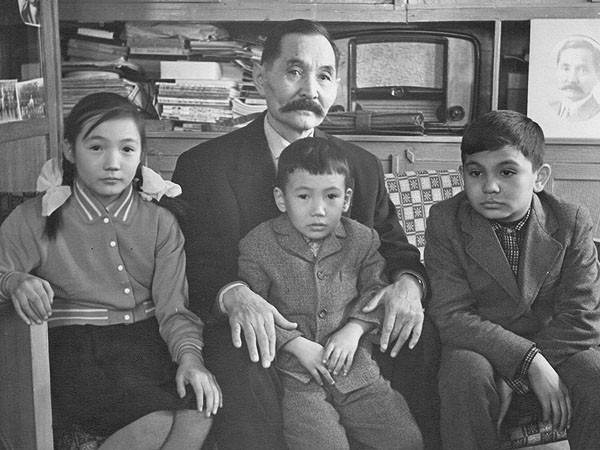 Despite the outflow of the population, the school lives, acts, graduates children into adulthood. We wish the village Kaynar and its school well-being!