Home News History in 5 minutes Was a stanitsa, and now is the capital!

Was a stanitsa, and now is the capital!

It is difficult to tell in a few words the history of your beloved city. Nevertheless, archivist Elena Kulakova tried to describe the history of the capital

Such is the capital on Ishim - a beautiful and peaceful city with an original architectural landscape, unique sculptural symbols, with aspirations for a high-tech future, with a multinational and multi-confessional population that has an exceptional sense of mutual respect, a sense of national dignity and endless pride for their capital and for their country.

The other day the country celebrated the main holiday of our city - the Day of the capital. Celebrating the 20th anniversary, I want to look back, to go slowly along the roads of its history from the source to the revival as the capital of sovereign Kazakhstan - Astana.

If we return to the history of the city itself, the foundation date is 1830, when Russian colonel F.K. Shubin ordered to build an outpost on the bank of the Esil River. There is another version - 187 years ago, on June 18, 1830, delegates from Kazakhstani volosts gathered in the Karaotkel tract, on that day they approved and confirmed the location of the future capital of Kazakhstan - Astana, as it turned out later.

The grand opening of the Akmola external district took place in 1832. Later, by the decision of the Ministry of Internal Affairs of Russia in May 1862, Akmola village was given the status of a city.

There are several versions of the origin of the name of Akmola. The first says that the city of Akmola was named after a limestone hill of white color. The second version belongs to the Byzantine author Procopius. He wrote in his writings that the Huns called a "mole" a high hill or fortress. And the third version - Akmola has always been the main center of the fairs of cattle, a famous abundance and variety of meat and dairy products (koumiss, shubat, kurt, etc.). Hence, the name of the city is translated as a "white holy place" or "white abundance".

Akmola's district order was a small settlement of several adobe and flagstone (wild stone) barracks, a pair of unfinished wooden houses. The barracks were arranged so that they could be both housing and defense - the fortification wisdom that was common in those days. Some of them were empty, even hundreds of people were not gathered in the garrison; some of them accompanied the passing caravans and served in pickets.

In 1840 the first general plan of the city was created. The emergence of Akmolinsk largely determined commercial considerations: located on the trade caravan route, it became an important transit point. 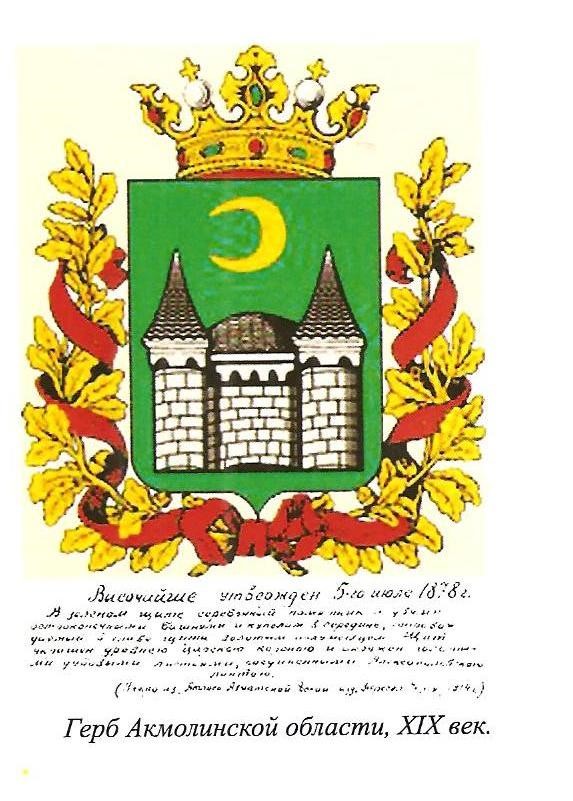 The location of the city at the intersection of trade routes between China, Russia and Central Asia allowed Akmolinsk to become a trade center of Kazakhstan and southern Siberia. Trade contributed to an increase in the number of residents and the city itself. For the first 30 years, the population of the city was just over two thousand people. Over the next 30 years, the city's population has tripled. In a collection published in 1893 in the city of Saint Petersburg "The Populated Places of the Akmola region" it was noted that "Akmolinsk is a county town with a population of 6,428 souls, it has 3 churches, 5 schools, and 3 plants."

But long before the founding of the fortress in 1830, there were settlements in Astana, as evidenced by archaeological finds of the Bronze Age and the Early Iron Age. It is worth noting the ancient settlement of Bozok, which existed in the VII-XVI centuries. Here, graves and mausoleums of different eras and cultures were discovered. All this proves the geographical significance of this region, which became a knot between Europe and Asia.

The most important stage in the development of the city was the development of virgin lands. In 1953 volunteers from all parts of the USSR began to come to North Kazakhstan. Only in the period from 1953 to 1958 in the Akmola region arrived about 270 thousand people. Many of them remained here.

In December 1960, the city with a population of about 100 thousand inhabitants became the center of the virgin land, which included all the northern regions of Kazakhstan.

Soon, in 1961, Akmolinsk was renamed to Tselinograd. With the abolition of the Tselinny Territory in 1971, Tselinograd became the center of the region.

In 1991, the Republic of Kazakhstan gained sovereignty, and as a tribute to history, Tselinograd was returned to the original name - Akmola in 1992. The President of our country as the main initiator of this idea had to convince those who doubted the need for this step. To transfer the capital to a new location there were good reasons. Akmola, as the new capital met all 32 parameters of international standards: socio-economic indicators, climate, landscape, seismic conditions, environment, engineering and transport infrastructure, construction complex, labor resources, etc.

"Each leader should have a certain height, which must be conquered, a dream - to do something significant. And you need to put your authority on the map, your future for the sake of this goal. So it was with the idea of ​​building a new independent state and its new capital,"

wrote President Nursultan Nazarbayev in his book "The Kazakh Way".

The dynamic development of sovereign Kazakhstan and its entry into the world community is of great interest to the scientific and academic community to the phenomenon of the new capital of Kazakhstan - Astana. It is conditioned by the political and administrative role played by the city in different periods of the new and modern history of Kazakhstan. The administrative center of the Akmola district in the XIX century, the Akmola district in the 20s of the XX century, the Akmola region from the late 30's, the Tselinny Territory in the first half of the 60s and finally the capital of independent Kazakhstan since the late 1990s - so briefly it is possible to designate the political and administrative role and significance of the city in the administrative management of the region.

July 6, 1994, the Parliament of the Republic of Kazakhstan approved the decision to move the capital to Akmola.

September 15, 1995 was published the historic decree of President N.A. Nazarbayev "On the capital of the Republic of Kazakhstan", which has the force of law, according to which the capital is Almaty until the move of the Parliament and the Government to Akmola.

By the Decree of the President of the Republic of Kazakhstan dated October 20, 1997, Akmola was declared the capital of the Republic of Kazakhstan since December 10, 1997, which opened up to the city grandiose prospects for growth and development. The decree determined concrete measures for the transfer of the capital. Undoubtedly, the decision to move the capital was not easy, and the President repeatedly stressed this in his speeches. The decision to move the capital of the republic was of historic significance. The role of President N.A. Nazarbayev in the formation and development of the city as the capital of a young state can not be overestimated.

May 6, 1998 N. Nazarbayev signed a decree renaming the city, which was named Astana, but the name of Akmola region was preserved. The official international presentation of Astana, held on June 10, 1998, marked the completion of the transfer of the capital to Astana and opened a new page in the history of the city and the state. The day of the presentation later became the city's day - the Day of the capital, and its celebration - a new national tradition. 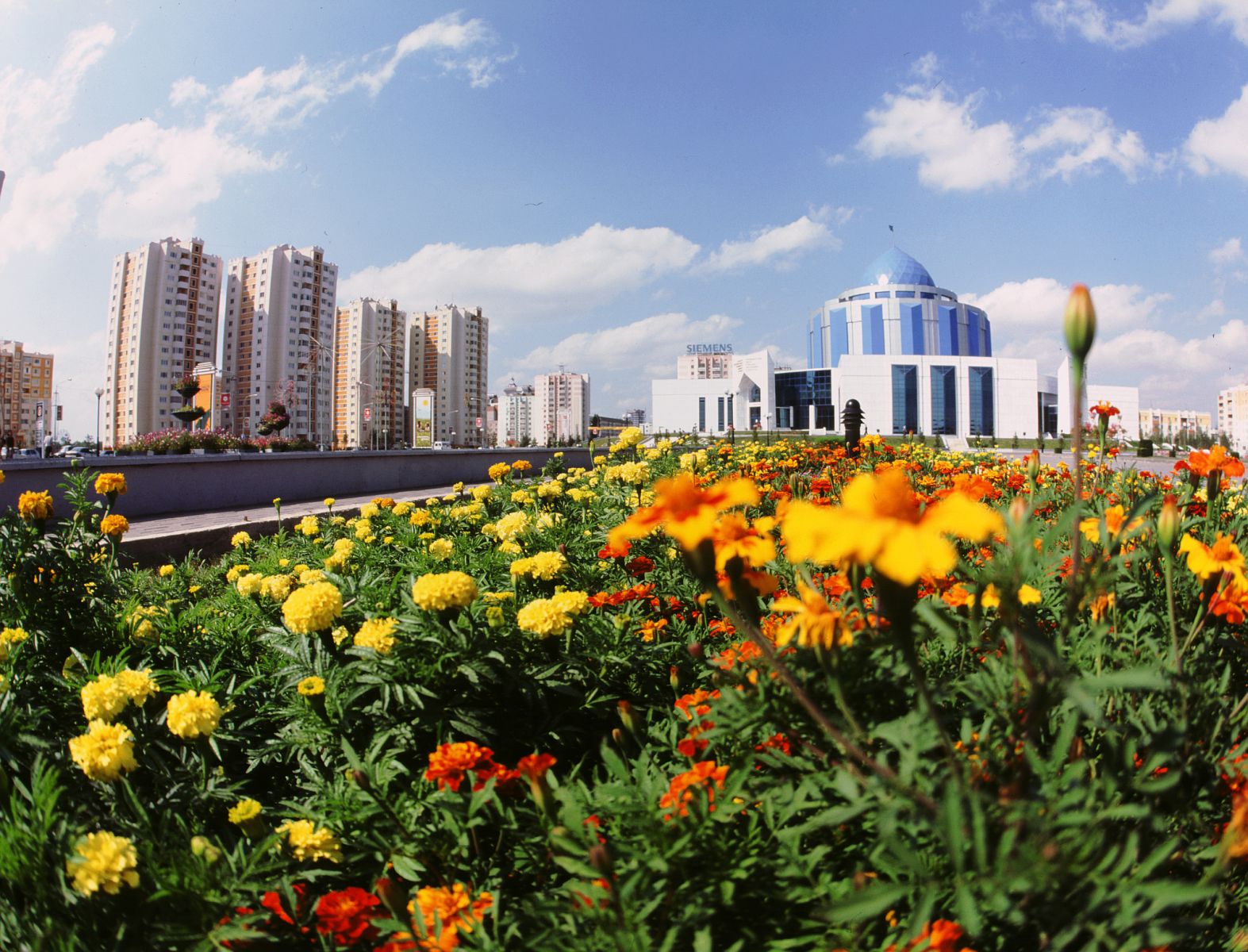 Every year, Astana is growing and becoming more beautiful. The main idea of ​​building the city is the embodiment in architecture of the combination of the rationality of the West and the elegance of the East, the grandeur of Europe and the originality of Asia. In the construction of the city, in changing its appearance, the most advanced technologies and innovative methods of town planning art of the 21st century were applied. World-famous architects embodied their best projects here. The bridgehead for this was the left bank of the Esil River, which until recently was empty. On a completely uninhabited territory, where the high steppe grass used to be pricking, began to erect magnificent buildings of the new capital. Unique architectural objects appeared in the city. The capital has become a bright, strong and prosperous city. Now here live representatives of more than one hundred nationalities. Friendship of the people, spiritual tolerance, mutual understanding - this is the basis on which Astana and the new Kazakhstan are built.

For 20 years, Astana has become the spiritual, economic and political center of the Eurasian continent, a synthesis of Eastern and European cultures. Astana is the heart of our Motherland, a reflection of Kazakhstan's statehood. Astana is a city of peace and harmony!