FLESH AND BLOOD OF HIS PEOPLE 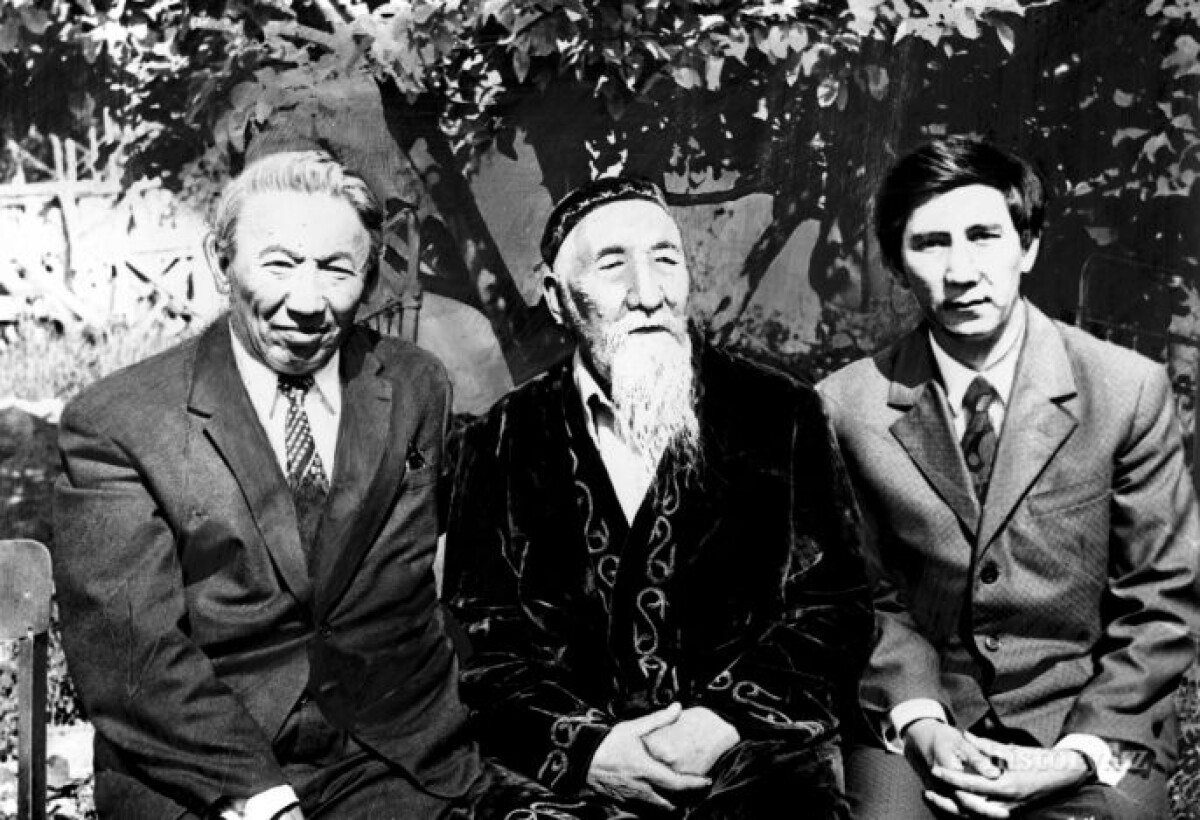 Myrzatai Zholdasbekov - in difficult, decisive times in the history of the country, did not change his humanity, upbringing, he always had a weighty word, he managed to win the respect of his people

Myrzatai Zholdasbekov is a scientist-turcologist, a prominent state and public figure, who deeply worried about national spirituality and Kazakh culture. He was born on May 27, 1937 in the village of Aktobe, Talas district, Zhambyl region.

The war forced Myrzatai to enter adulthood early. Like other children he did not play from morning till evening, extreme need - that's what he saw during the war. 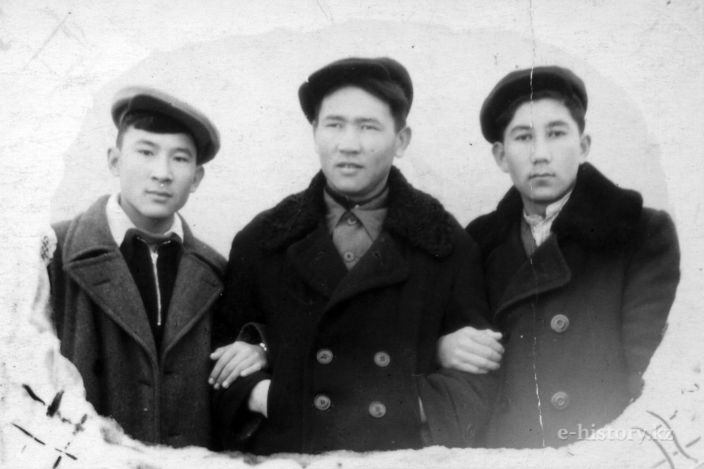 Father Zholdasbek said: "There is no child who plays enough, better listen to the stories of the elders, will be good," and always took his son with him. "You always carry him with you," his relatives said, and he smiled and replied: "If something happens, it will come out of him." Since childhood, listening to the stories of old people, Myrzatai loved books, was clever, had a good memory.

Excellent finishes five classes of school in his native village, then goes to the present Taraz, where he takes a job in a boarding school. Here he spent school evening dancing, was an excellent student, grasping. 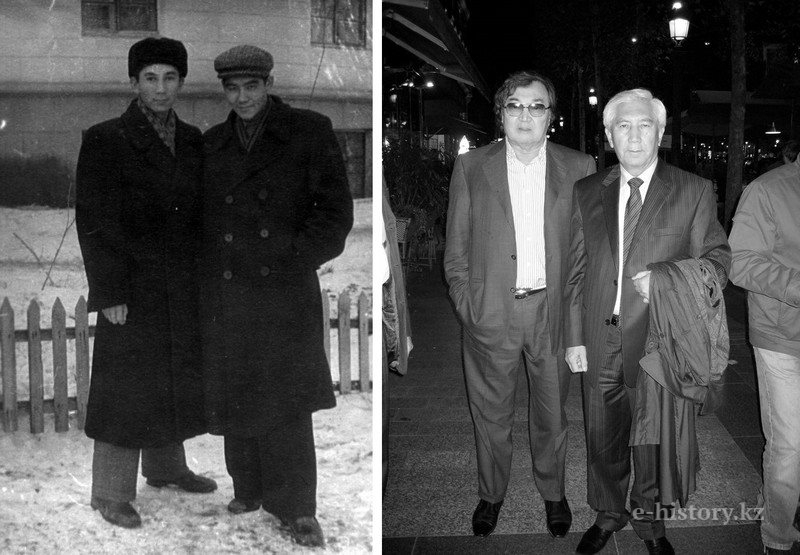 His father - Zholdasbek Akbotauly – he was handsome, literate, humane, enjoyed authority among relatives.

His mother - Kaldykul Yryskulkyzy - was a beautiful, kind, respected woman, she had poetic talent.

At one time, his ancestor Temir bi did not recognize the authority of the Governor-General of Akmechet, disobeyed the Russians and left the Terenozek to Talas. Close and distant relatives always came to the house of Zholdasbek as a "senior (big) house, Shanyrak of Temir bi." 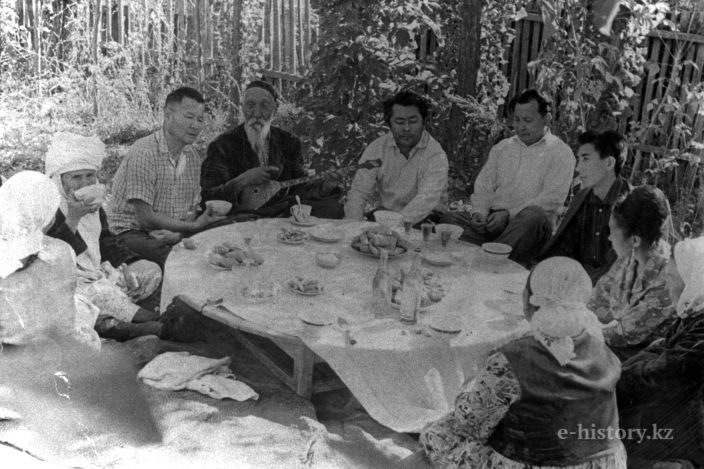 The youth of Myrzatai, who had adapted early to life, remained in his memory with bright memories. After school, he began working as secretary of the Akkul Village Council of the Talas District. So began his public service. A year later, in 1955, he entered the philological faculty of the Kazakh State University, where he was taught such great minds as Mukhtar Auezov, Nygmet Sauranbayev, Esmagambet Ismailov, Beysenbai Kenzhebayev, Maulen Balakayev, Mukhametzhan Karatayev, Zeynolla Kabdolov, met the giants of Kazakh literature such as Sabit Mukanov, Gabit Musrepov, Gabiden Mustafin, Abdilda Tazhibayev, Abdizhamil Nurpeissov, Shakhmet Kussainov and others. Particularly influenced the formation of the future scientist lectures of Mukhtar Auezov, which he read three years in a row.

In 1960, after completing his studies perfectly, on the recommendation of M. Auezov, he remained at the university as a teacher, for about four years he gave lectures on "Kazakh oral literature". In 1964 he enrolled in graduate school, under the leadership of Professor Beisenbai Kenzhebayev, the first among the researchers of Kazakh literature began to study the literature of the ancient world. In 1967 he wrote the chapters of the reading book "Samples of ancient literature" dedicated to the ancient world. 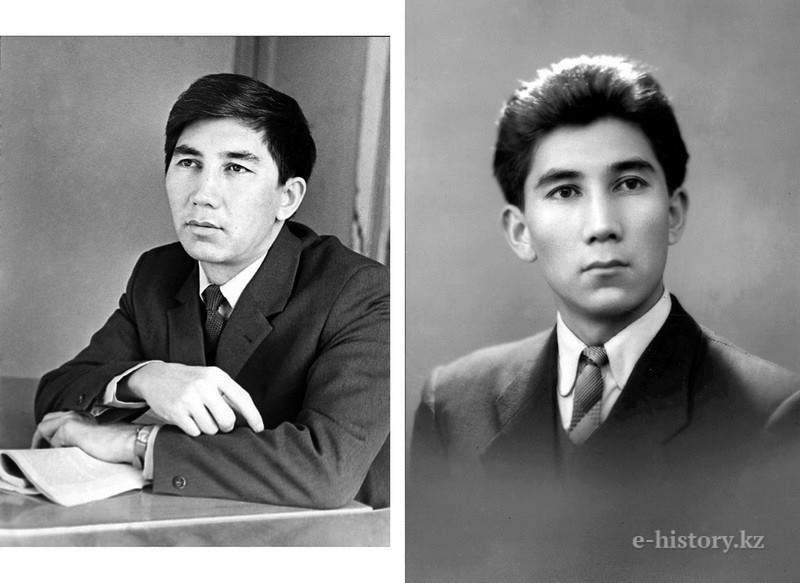 In postgraduate study Myrzatai Zholdasbekov deeply studied the influence of Orkhon monuments of the VIII century on Kazakh literature, Orkhon's monuments - the cradle of many Turkic-speaking peoples, evidence of the existence of powerful state entities created by the Turks.

At a time when the science of Marxism-Leninism was booming, in 1969 he defended his thesis on "Samples of ancient Turkic literature and their relation to Kazakh literature". This was a great scientific discovery, filling in the gaps and achievements of scientists such as V. Radlov, S. Malov, I. Stebleva and the world-famous monuments of the ancient Turkic writing. The official chairman of the dissertation council, academician Alkei Margulan at that scientific council said: "The value of Myrzatai Zholdasbekov's thesis is that he discovered the ancient sources of Kazakh literature, so this work should be given a doctorate", and therefore gave a very high opinion to the thesis.

After graduation from 1960 to January 1977 he worked as an assistant, senior lecturer, associate professor of the Kazakh Literature Department. In 1974 he was elected dean of the philological faculty of KazGU. From that moment on he entered the path of a real scientist. He wrote a curriculum substantiating the lecture courses on the theme "The ancient era of Kazakh literature", "Dzhambul and folk poetry", "Ancient Turkic literary monuments and their relation to Kazakh literature".

In 1977 Myrzatai Zholdasbekov was appointed rector of the Taldykurgan Pedagogical Institute. In those years the institute was given the name of Ilyas Zhansugurov, the museum of the poet was opened, the ensemble "Zhetisu" was formed, the kobyz of Molykbai, the dombra of Bakhtybai, the piano of Mukan Tulebayev, on which he created the opera "Birzhan-Sara" were found. For a short time, the institute became one of the leading educational institutions of the Union. Wherever he was, whatever position he occupied, Myrzatai Zholdasbekov never forgot about the interests of the state, the history of the country, and during those eleven years that he spent in Taldykurgan he did a lot of useful things. 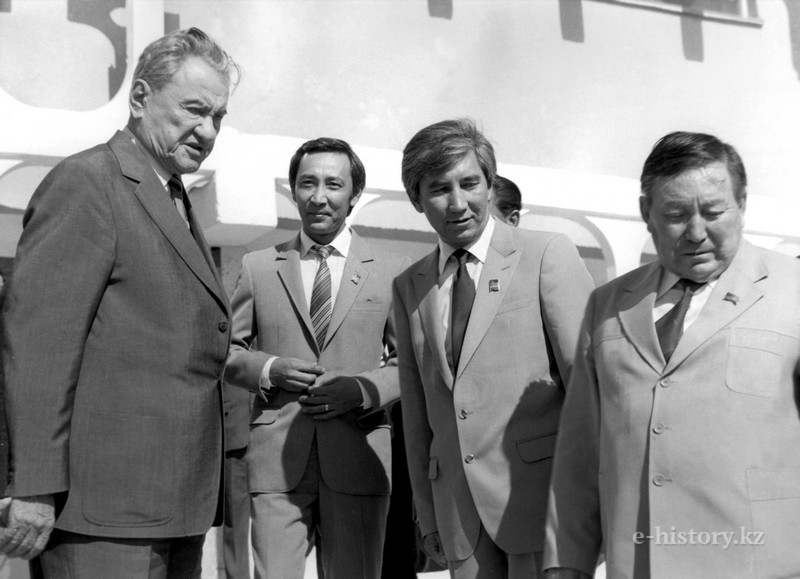 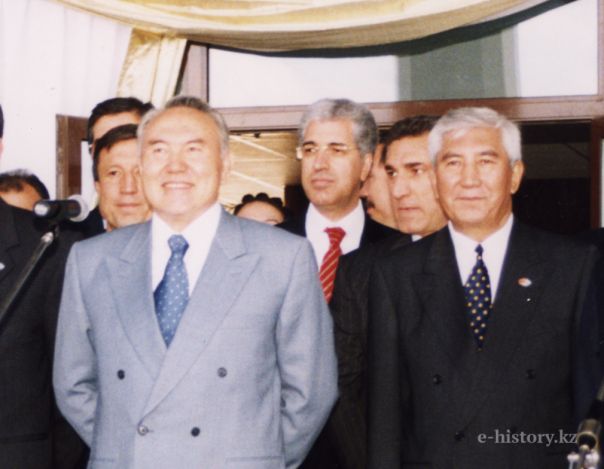 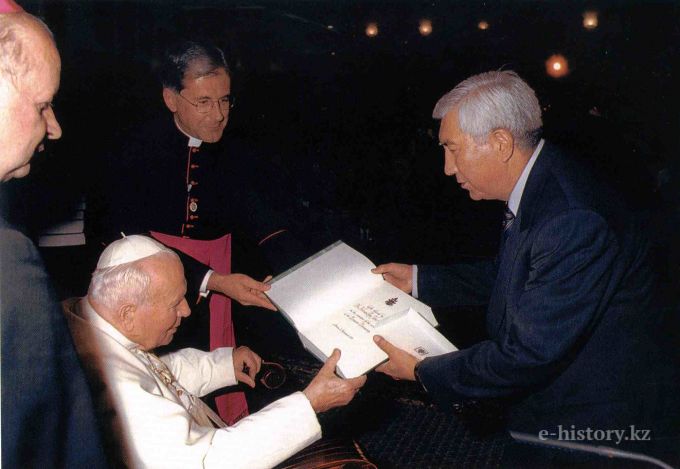 In the formation of an independent state, Myrzatai Zholdasbekov worked tirelessly. In this decisive period for the history of the country, he went to the political stage with his thoughts. In this difficult period, the great experience of the teacher and deep scientific knowledge came in handy. From the end of 1987 to the middle of 1993 he was Minister of Education, Head of the ideology department of the Central Committee of the Communist Party of Kazakhstan, a member of the Presidential Council, State Advisor, Deputy Prime Minister, Advisor to the President. After the arrival of Myrzatai Zholdasbekov, the department of ideology began to work in the interests of the Kazakhs, their national idea. There was a surge of national consciousness. The national spirit of the people rose. The books that propagandize the national idea were published. 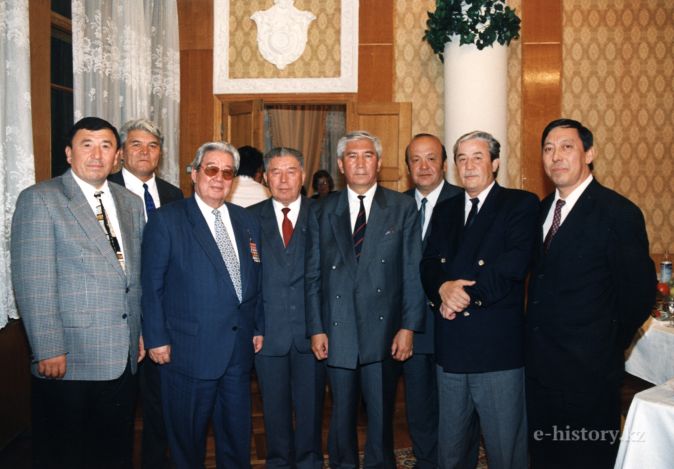 From August 1993 to December 1996 Myrzatai Zholdasbekov was the Ambassador Extraordinary and Plenipotentiary of the Republic of Kazakhstan to Iran, with dignity carried out the work of the diplomat. Upon his return to his homeland he was appointed the first rector of the newly opened Diplomatic Academy. He was Deputy Minister of Foreign Affairs of the Republic of Kazakhstan. 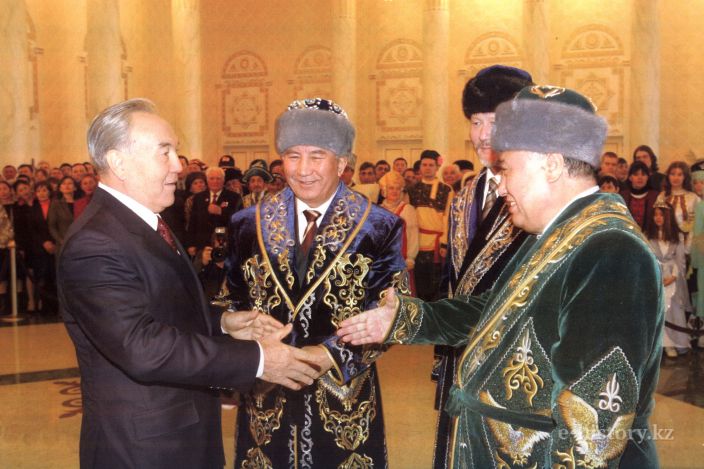 At a wise age

In 2000, Myrzatai Zholdasbekov, at the suggestion of Nursultan Nazarbayev, was appointed rector of the Eurasian National University named after L.N. Gumilyov. Myrzatai Zholdasbekov made an invaluable contribution to the organization and strengthening of the new higher educational institution. He was able to effectively implement the ideas of the President, invested a lot of work in the opening of a branch of Moscow State University.

2004-2006 he was director of the scientific center for humanitarian research "Eurasia". 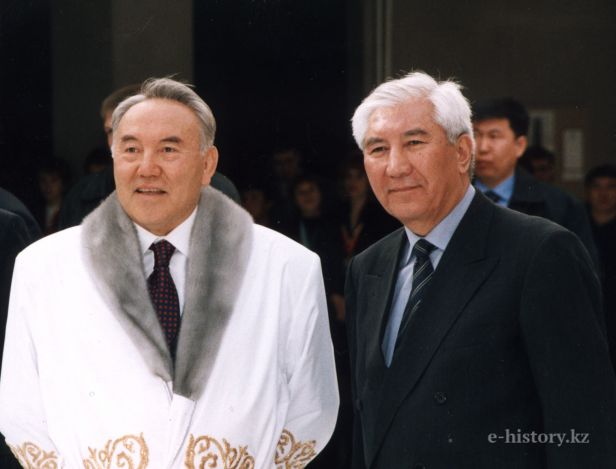 Myrzatai Zholdasbekov in difficult times, decisive in the history of the country, did not change his humanity, upbringing, he always had a weighty word, he managed to win the respect of the people. Thanks to this, his merits were marked by the diplomatic degree "Extraordinary and Plenipotentiary Ambassador of the Republic of Kazakhstan", the Orders “Friendship of Peoples” (1986), “Kurmet” (1996), “Parasat” (2005), “Barys” III degree (2011). For his contribution to the development of national consciousness, spirituality, culture and science in 2006, he was recognized as the "Golden Man", for his achievements in the field of Turkic studies he was awarded the Kul-Tegin Prize.

We are happy descendants who have received knowledge from our great scientists. We listened to lectures of: M. Auezov - for three years he gave lectures on "Oral Kazakh Literature", "Abai Studies", and also on the epos "Manas", "Literature of the Peoples of the USSR; Z. Kabdolov - "Literary criticism", "Theory of Literature"; E. Ismayilov - "Kazakh poets", B. Kenzhebayev - "Kazakh literature of the beginning of the twentieth century", M. Karatayev - "Literary criticism", T. Nurtazin - "Kazakh Soviet Literature". N. Sauranbayev, S. Kenesbayev taught the Kazakh language. Even the gait and behavior of our teachers were a legend. We looked at them with interest, listened to them with passion, as if we were thirsty. 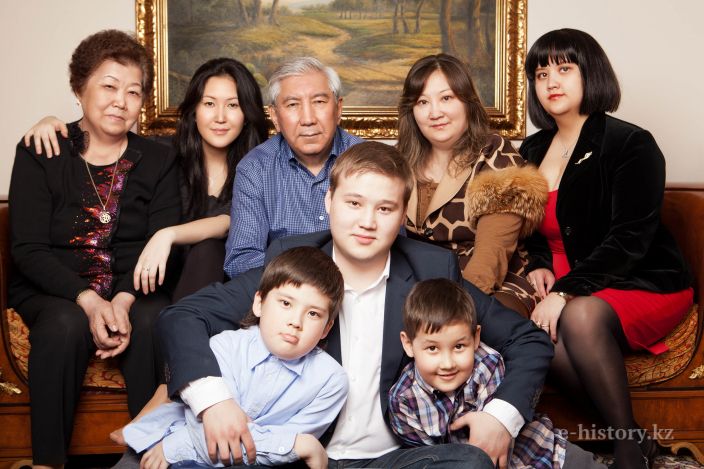 From the diary of the author

THE OWNER OF RARE TALENT

Myrzatai and the name is beautiful, and he himself is a handsome, beautiful dzhigit, engaged in good deeds. One of the prominent experts of the figures of Alash. Dzhigit, who lives in the name of the people we are proud of, treat him like my own son, my brother, a rare talent owner. They said that twenty-five years - this is the age of the man (before), now we are saying that the age of the man is sixty years. Most interesting, sixty is the age of both the brother, father, and grandfather. So Myrzatai came to this age. He is considered a smart brother for many young people, for many a grandfather. This is not only my concept and my words. These are words, thoughts of Kazakh scientists, Kazakh intelligentsia. I'm glad he's sixty. These sixty - this is the life of a good dzhigit, the life of a brother, the life of a grandfather, the place where these three lives outgrow. So you came to this place. I congratulate you on this life. I want to say: “Live, live my brother.” 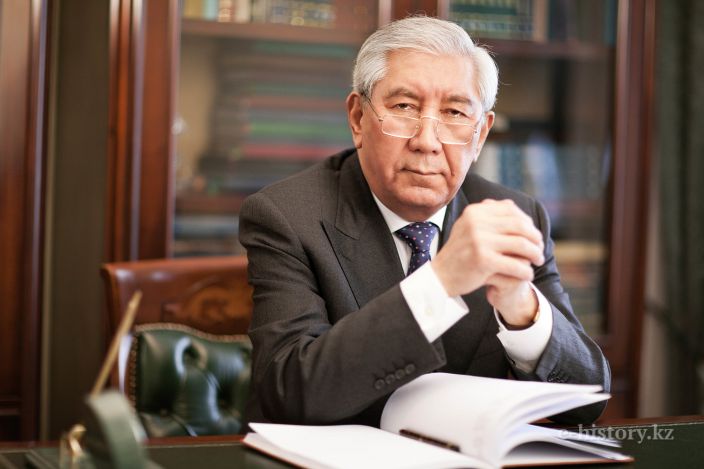 You are a devoted, kind, heartfelt brother coming after me. You have done a lot for the people. A person who has passed a certain line of life, climbing a high hill, will look back and forth. Will remember those who passed before him. Give parting words to the younger brothers who follow him. You were able to withstand all the difficulties, and did not make a sound like a Kazakh karanar, able to overcome a long road. My eyes are satisfied with your behavior; the soul is pleased with your words.

Who in public, on that much criticism. When you worked in Taldykurgan - blossomed your footprints, was an Ambassador in Iran - brought the two countries closer together, was the rector of the Eurasian University - made it a big karashanyrak of Astana, around you always were advanced, progressive-minded dzhigits, you were surrounded by positive, good people. I am pleased with you. Long years of life my good-natured brother! Almaty, “Ritz Palace” 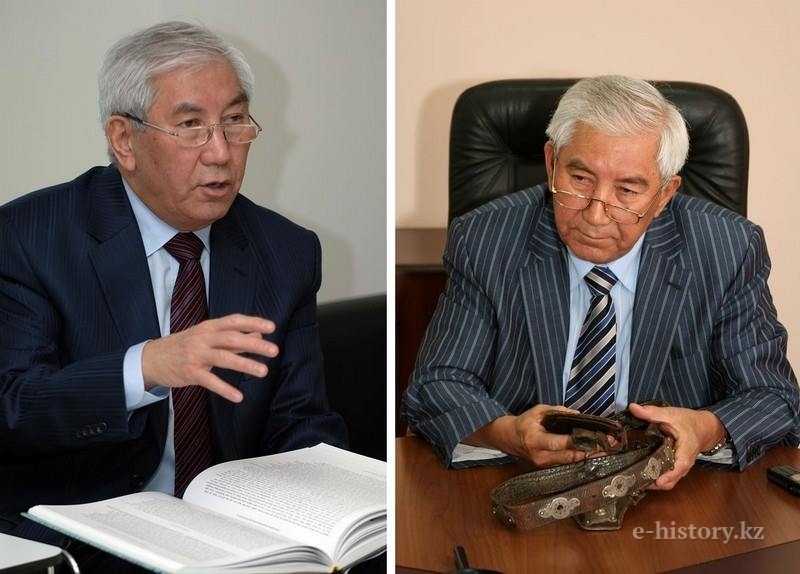 We all know Myrzatai well. Character as if silk, beautiful from all sides, dzhigit with strong essence and content. More than 25-30 years we read the ancient history of Kazakh literature. Myrzatai, the one who formed the very ancient history of Kazakh literature, who developed its great channel and connected it with today's Orkhon-Yenisei letters. He is a man who follows national traditions. In his doctoral dissertation, which he defended in Kyrgyzstan, he proved that he is a true scientist. Only those who possess an innate talent, a creative personality, whom God Tengri created special people are able to be a scientist, a figure. Myrzatai, at his sixty years, is at the peak of his whole career, one of those who can speak from his height, who cares about the good of the people. By the sixties he had come fully satisfied in terms of creativity, and in terms of education and science. We wish our brother a long life and happiness.