Home News History in 5 minutes Her name is a legend

Her name is a legend 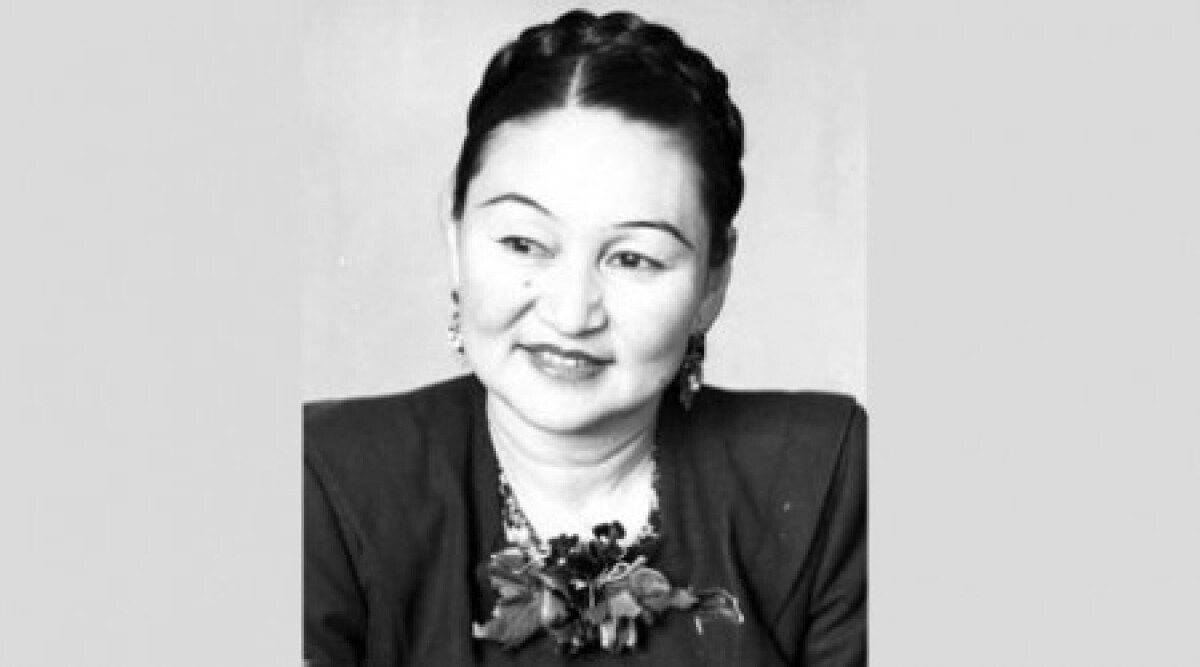 Kulyash Baiseitova is the first Kazakh opera singer. The youngest, at the time of the performance, the People's Artist of the USSR

Little is known about the legendary Kulyash Baiseitova - her life was and remains a mystery. Even with regard to the birthday of the opera diva, there are some nuances. Earlier it was celebrated on June 6; later this information was refuted, saying that the singer was born on January 12. Now it is considered that Kulyash Baiseitova's birthday falls on April 19 (according to some sources - on May 2). They say that Kulyash chose this date herself, because she adored spring.

The real name of the star is Gulbakhram Beisova. As a child, she was nicknamed Kulya, hence the name Kulyash. Baiseitova she became, when she married an actor, director, one of the founders of the Kazakh musical theater Kanabek Baiseitov. 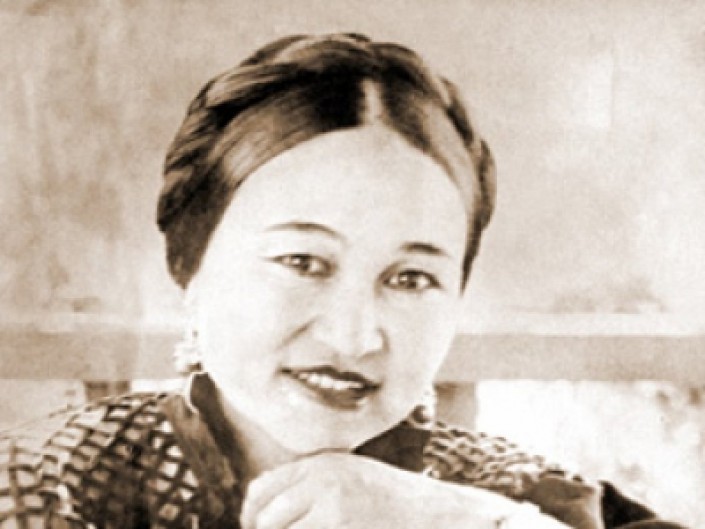 She was born in the city of Verny, now Almaty. But according to other sources she was born in the steppes of Sary-Arka in the village of Aktogay district of the Karaganda region. In Almaty Kulyash was brought at the age of twelve years and for some time she lived in a boarding school.

Baiseitova's natural musical talent appeared early. She memorized and sang songs heard from her father Zhasyn. In 1925-1928 she studied at the Almaty Pedagogical Technical School, participated in musical amateur performances. In 1930, she entered the studio created in 1926 in Kyzyl-Orda and in 1929 transferred to Alma-Ata Theater, known today as the Kazakh State Academic Drama Theater named after M. Auezov. Here Baiseitova plays the roles of Agafia Tikhonovna (“The Marriage” by Nikolai Gogol), Claudia (“The Submarine” by M. Ya. Triger), Pulish (“The Front” by B. Mailin), Zaure (“Zaure” by Kanybek Baiseitov and Zh. Shanin), and Enlik ("Enlik-Kebek" of M. O. Auezov).

At the beginning of her career, the diva sang in a low voice, in accordance with the national traditions of female singing. However, later it turned out that her talent was to perform compositions with a high coloratura soprano - a peculiar, light and transparent voice with a unique silvery timbre. 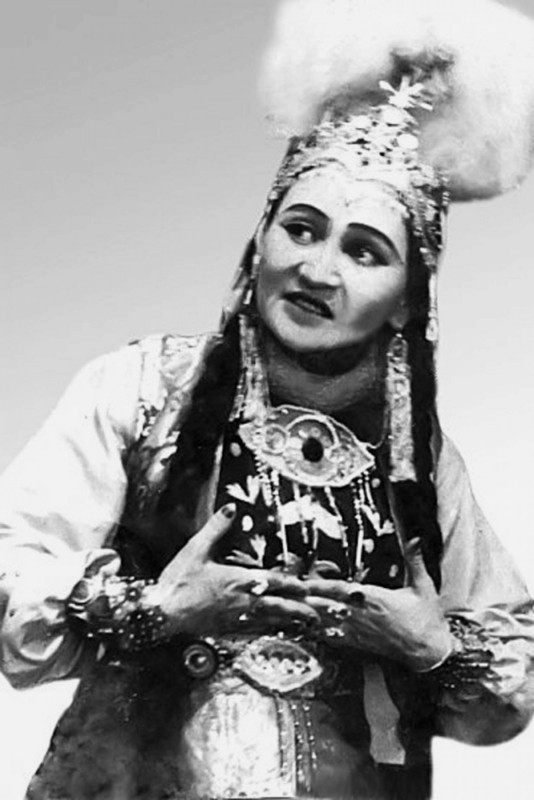 In 1933, Kulyash joined the troupe of the Musical Theater (now the State Academic Opera and Ballet Theater named after Abai), where she performed for the rest of her life. Baiseitova's musical and stage talent was clearly manifested in the creation of the image of Aiman in the musical comedy of M.O. Auezov (libretto) and I.V. Kotsyk (music) "Aiman-Sholpan". The images created by her in the operas of Russian and Kazakh composers made up a whole gallery of opposite characters. Baiseitova sang the roles of Kadisha, Akzhunus, Aisha, Saira, Zere, and Raushan in the operas “Zhalbyr”, “Er Targyn”, “Golden Grain”, “Guards, forward!” by E.G. Brussilovsky, “Beket” by Zilber and “Deep Lake" by Nadirov. The singer skillfully transferred the complex hypocritical, volatile nature of Akzhunus, who resorted to sophisticated methods of revenge for the person who caused her hatred. The images of Azhar ("Abai" by A. Zhubanov and L. Khamidi) and Sarah ("Birzhan and Sarah" by M. Tulebaev) are the highest in Baiseitova's work. For the first time in the Kazakh opera scene, Baiseitova performed parts from classical operas: Butterfly ("Cio-Cio-san" by G. Puccini), Tatyana ("Eugene Onegin" by P. Tchaikovsky), Tamara ("The Demon" by A. G. Rubinstein), Maro ("Daishi" by Paliashvili) and Altynshash ("Altynshash" by N. Zhiganov).

She shone in the starry sky of opera not only in the Union, but also far beyond its borders, when she was awarded the title of People's Artist of the Soviet Union in just 24 years (1936). Such an honor was given to individuals, but at such a young age - no one at all. And then she awarded the honorable Stalin Prize.

Kulyash was part of an important historical event - the appearance of the first Kazakh opera "Kyz Zhibek", whose author, Eugene Brussilovsky, created specially for her wonderful voice. With this musical masterpiece she conquered Moscow. In his memoirs the composer wrote, as once Kulyash, her husband Kanabek and he was on a cart loaded with hay, returning from the village where they gave a concert. Kulyash, as always, hummed something. At one point, she hummed "ga-a", and then the cart jumped on a bump. Singer, almost biting her tongue, breathed out "k-ku-u". Brussilovsky, tormented at this time over the final aria of the heroine, instantly ignited. So the famous "Gakku" - the song-lament of Zhibek for the deceased Tulegen, appeared. The audience, listening to her, cried, and Kulyash admitted that every performance cost her a year of life. 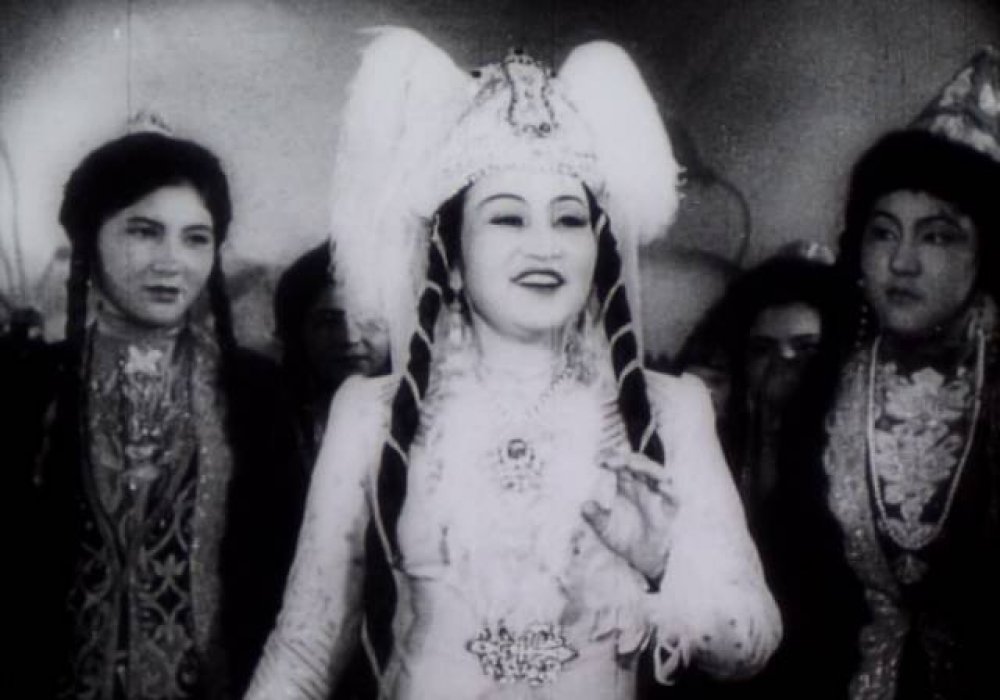 Kulyash Baiseitova sang in different languages, but mostly, of course, she sang in her native Kazakh, and it does not matter that during the tour many spectators did not own it, because in her performance the language became clear to everyone. From the manuscript of the director A. Troitsky, "The Legacy of Kulyash Baiseitova":

"When we listened to the role of “Cio-Cio-san” performed by Kulyash, we were not at all affected by ignorance of the Kazakh language. It seemed that we understand not only the general thought expressed by the artist, but every word she uttered. The state of “Cio-Cio-san” in the mimicry and intonations of the actress was so clearly expressed ..."

In the war years, the singer with her performances tried at least somehow to brighten up the everyday life of soldiers and backup folks, more than once leaving with concerts to the front.

The diva had three daughters: Kuralay, Karlygash and Karshyga. Unfortunately, the youngest, Karshyga, died as a child from poisoning with sausage in the kindergarten. After her death, Kulyash, like any mother, was beside herself with grief and only the birth of her niece Raushan in the same year helped her to drown the loss of her loss. When the baby was growing up, Kulyash, with the permission of her sister, took her to her home. So, Raushan, who, subsequently, was awarded the title People's Artist of the Kazakh SSR for her merits in ballet, became a member of the Baiseitovs family. 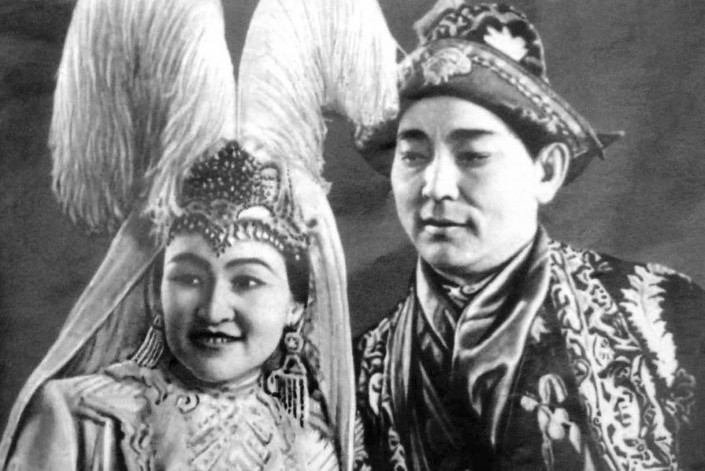 Like many truly talented people, she died early. The singer died in incomplete 45 years - this happened in 1957 during a tour in Moscow. Since then, more than half a century has passed, ages have changed, and the memory of her is still alive among the people.

Streets in Almaty, Astana and the National Opera and Ballet Theater of Kazakhstan in Astana are named after her. In the name of Kulyash Baiseitova is named the famous music school in Almaty. Since 1948 more than 20 thousand graduates have been educated at this music school, more than a thousand of them are laureates and diploma winners of international and republican competitions (including dombrist and conductor Nurgissa Tlendiyev, pianist Zhaniya Aubakirova, conductor Bazargali Zhamanbayev, violinists Aiman Musahodzhayeva, Marat Bisengaliyev, Gaukhar Murzabekova, Aida Ayupova, Zhamilya Serkebayeva and many others).

In 2004, the Kazakhfilm studio produced a musical film "Aul Kulyash" (directed by Murat Musin). In 2011, in the park near this music school on the eve of the 100th anniversary of the singer, a bronze statue of Kulyash Baiseitova was installed. In 2012, the Kazakhstani television channel “Madeniet” (Culture) produced the film “Legends and Myths of the Opera: Kulyash Baiseitova” (special prize of the TEFI-2012 festival) and in 2013, the Kazakh television series “Kulyash” about the life of the singer was released.