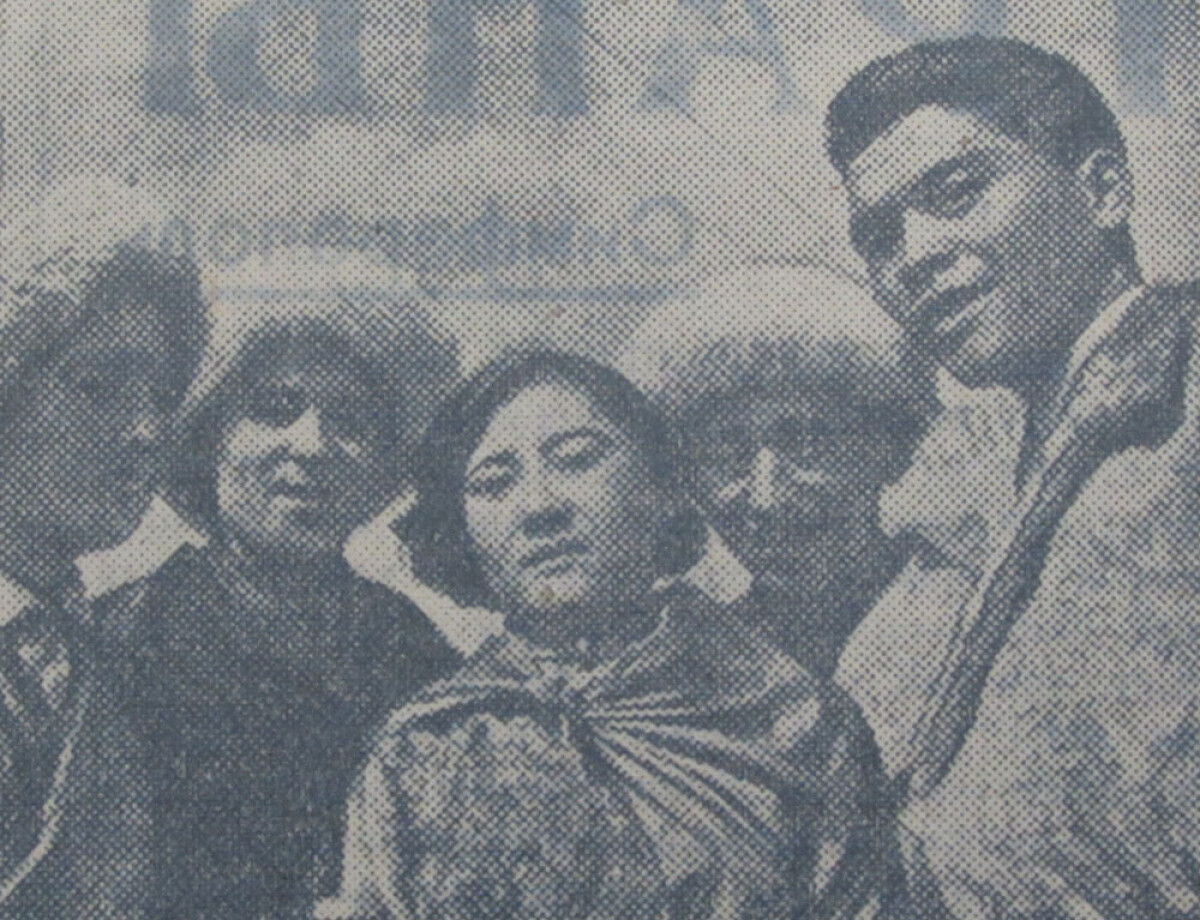 The history of the May Day holiday has deep roots and wide geography. Rallies and demonstrations of workers in Chicago on May 1, 1886, demanding an 8-hour working day ended in clashes with the police

In July 1889, the Paris Congress of the Second International, in solidarity with the Chicago workers, decided to hold annual workers' demonstrations on May 1. May 1, 1890 the feast was first held in Austria-Hungary, Belgium, Germany, Denmark, Spain, Italy, USA, Norway, France and Sweden. Since 1918, the holiday has become the official Day of the International.

In the USSR, the celebration of May 1 was characterized by traditional demonstrations and processions of workers, rallies and concerts, and reviews of successes in building socialism.

Another classic feature of the celebration of the May Day was the annual parade of athletes. 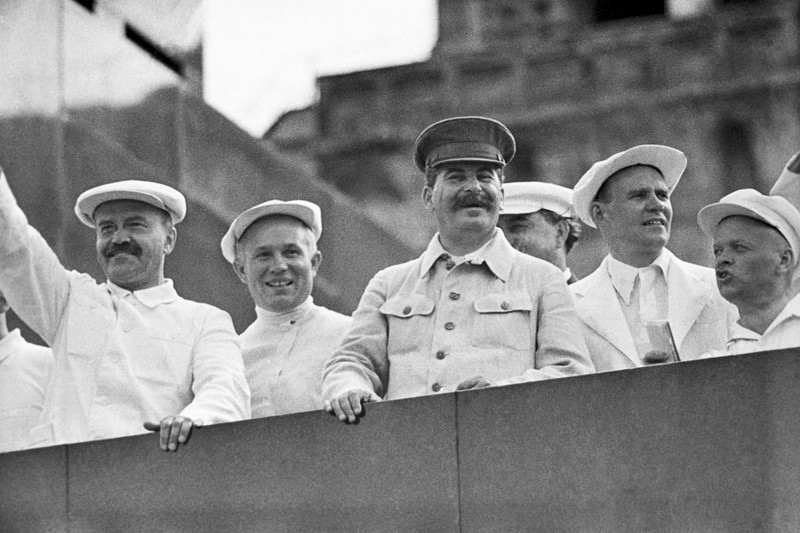 Stalin takes the parade of athletes

The newspaper "Izvestia" for May 1, 1936 left us with rich material of that era. At a historical distance of 80 years, many things look completely different than they imagined. 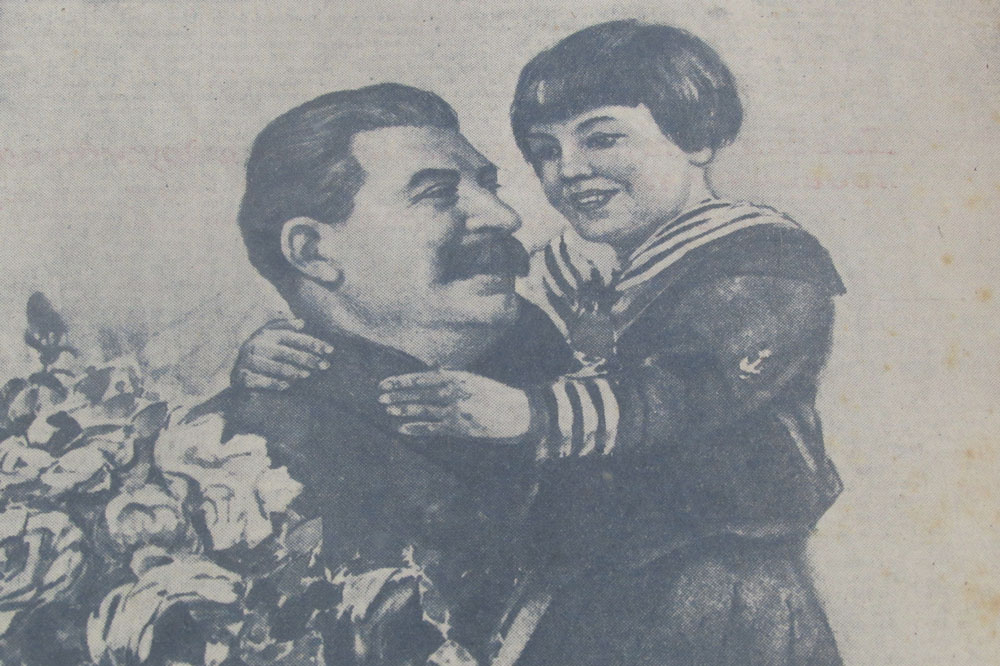 On the front page of the newspaper, the editorial board posted a huge portrait of “Stalin with the six-year-old Gelya Markizova who came to Moscow with the delegation of the Buryat-Mongolian Autonomous Republic”, the watercolor of the artist A. Gerasimov. 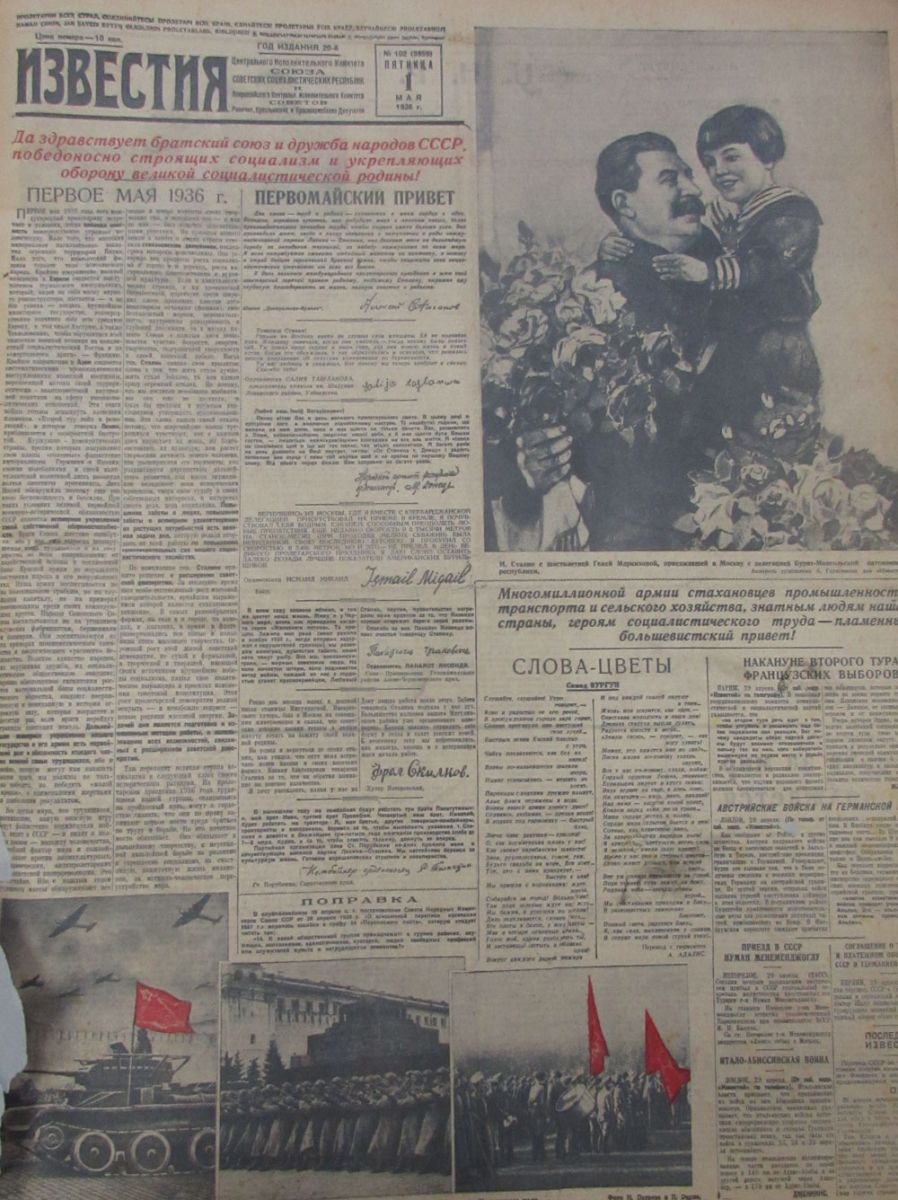 The history of the picture is as follows. In January 1936, Ardan Markizov, the father of Gelya (Engelsina Ardanovna Markizova), the People's Commissar of Agriculture of the Buryat-Mongolian ASSR, was one of the leaders of the delegation from the Buryat-Mongolian ASSR, at the all-Union meeting of collective farmers in Moscow. January 27, 1936, together with her father and a mother, Gelya attended the meeting with the leadership of the All-Union Communist Party (b) and the USSR in the Kremlin. Violating the protocol, she went to Stalin and handed two bouquets of flowers with the words: "This is greetings from the children of Buryat-Mongolia." Gelya kissed Stalin and this moment was captured by the many present photographers. Engelsina recalled: "I remember the feeling of happiness when I was in Stalin's hands." This picture has become a cult. It flew over not only the Soviet Union, but the whole world, having found a slogan: "Thanks to Comrade Stalin for our happy childhood!"

But this did not save her family from political repression. In November 1937, the People's Commissar of Agriculture of the Buryat-Mongolian ASSR was arrested on charges of participating in a counter-revolutionary Pan-Mongol organization and conducting counter-revolutionary espionage and sabotage work. Gelya's mother was soon arrested, imprisoned and a year later was exiled to the city of Turkestan of the Kazakh SSR with her daughter and a son. In exile, Dominika Markizova worked in the city hospital as a children's doctor. Two years after their move, Gelya's mother, who was then 32 years old, was found dead on one night watch; her body on one of the rounds was found by the hospital nurse. According to one version, Gelya's mother was "killed under mysterious circumstances, the authorities did not investigate this crime".

In the May Day greetings of 1936 a special place was assigned to workers who were building a new Soviet life. A. Stakhanov opened the column "May Day greetings" with his address.

"Two words - Labor and Motherland - merged for me into one big, great feeling; it prompted me to search for new, more productive ways of labor, so that the country had more coal. It guided me when I wrote a statement on joining the ranks of the Communist Party of Lenin-Stalin; it moves me to a further struggle for mastering technology, for the victory of communism throughout the world. On the day of the Great International Proletarian Holiday, I send my miner's warmest greetings to my beloved Stalin, expressing my deep gratitude for a life full of happiness and joy.

The well-known Ukrainian singer, People's Artist of the USSR Mikhail Ivanovich Donets, leading soloist of the Kiev Opera and Ballet Theater congratulated Stalin with a holiday. Contemporaries called him Ukrainian Chaliapin. He was the first among the opera singers of the republic who was awarded the honorary title of People's Artist of Ukraine.

But in July 1941, the artist of the opera theater Donets M.I. was arrested, accused of counter-revolutionary-nationalist activities and suspicion of espionage. Fame and glory did not save him from the NKVD's punishment ... It is unfortunate that his life was tragically cut short. In Kiev on the street with his name, people often remember him with a kind word.

The slogans called for the completion of the country's technological revolution in the name of the Fatherland, the continuation of the Stakhanov movement in factories, plants, mines and the transport industry. In another slogan, a call was made to raise the level of professionalism of the workers. The purpose of these slogans was clear. Soviet industry, and in particular such industries as ferrous metallurgy, metallurgical machinery and oil production, was to become the world's leading.

“In my garden the apple tree blossomed and our life also blossoms. I live near the Black Sea, near us once passed the "Iron Stream". It's gone. My wound was healed (I was wounded in November 1934, when I first detained the border violator), we plant grapes, fragrant snuff, and our nets pull fish. All of us, collective farmers-Greeks, are peaceful Soviet people. But if the storm begins, if the wind of war rises, each of us will become proudly a Red Army man. Favorite Stalin, the party, the government awarded me the order for the fact that Yakovidi well guarded the coast of his homeland.

Thanks for all. Panayot Yakovidi wishes happiness to Comrade Stalin.

What did the Greek people get for their service? Almost every second Greek passed through the Stalinist camps before the war, few came back. During the war years, as promised by Panayot Yakovidi, the Greeks with weapons in their hands defended their homeland. Nevertheless in the years 1939-1949 about 120 thousand Greeks were deported. Of these, more than 20% died in places of exile in the first years from hunger, disease and distress. For many Greeks, Kazakhstan was forced to become the second homeland. They did not dream of such a life.

"Three brothers of the Palagutins will work on combines this year: I, Ivan, and Prokofy. Our fourth brother, Nikolai, will work on a tractor. I, my brothers, other comrade combine operators, tractor drivers and collective farmers, are fighting to fulfill the instructions of Comrade Stalin and bring the annual bread production to 7-8 billion poods in the next 3-4 years, and for mastering the technique.

In the May Day slogans of 1936, the call to put an end to class enemies was accompanied by less harsh comments about national minorities and the status of women in society.

Comrade Stalin! Earlier in the East, no one listened to the woman's words. She was not given a hand. The woman was noticed when she was dying - then there was nobody to serve tea. You understood our heart and our grief, gave us a new life and a new charter. When it was discussed, I was so happy and bold that I decided to make an addition on the leave to the collective farmers on pregnancy. You love and respect us. That's why we are brave now. Thank you!

Chairman of the collective farm of the Lenin district, Uzbekistan

An important step in Moscow's desire to turn the Soviet people into a single cohesive community was the use of such terms as the "working class" and the "entire working class" in relation to both workers and collective farmers. 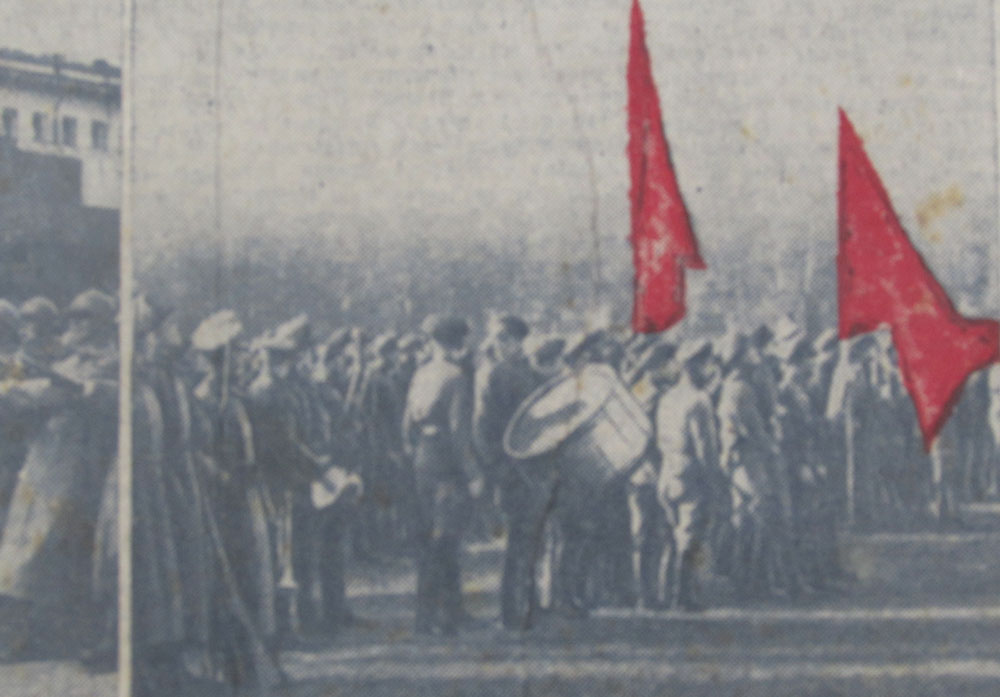 On May 1, 1936, the Party welcomed "all Soviet youth." One of the pages describes the joyful feeling of the holiday of Soviet youth, among who were representatives of the Kazakh SSR.

Merry May 1936 ... with songs and dances it walked through the streets of our cities, decorated with garlands of flowers and ribbons of posters. The songs sounded in different languages. The youth danced differently. But in all parts of the country these were songs of happiness and friendship, dances of freedom and joy.

Hundreds of thousands of people happily welcomed May Day, not suspecting what would happen to them in the near future.

How many destinies were destroyed and warped by the Stalinist regime in the following years, historians still find it difficult to calculate.

On the main photo: Kazakh youth - students of the theater studio at the May Day demonstration in Moscow.