Home News History in 5 minutes How did the 14 regions become?

How did the 14 regions become? 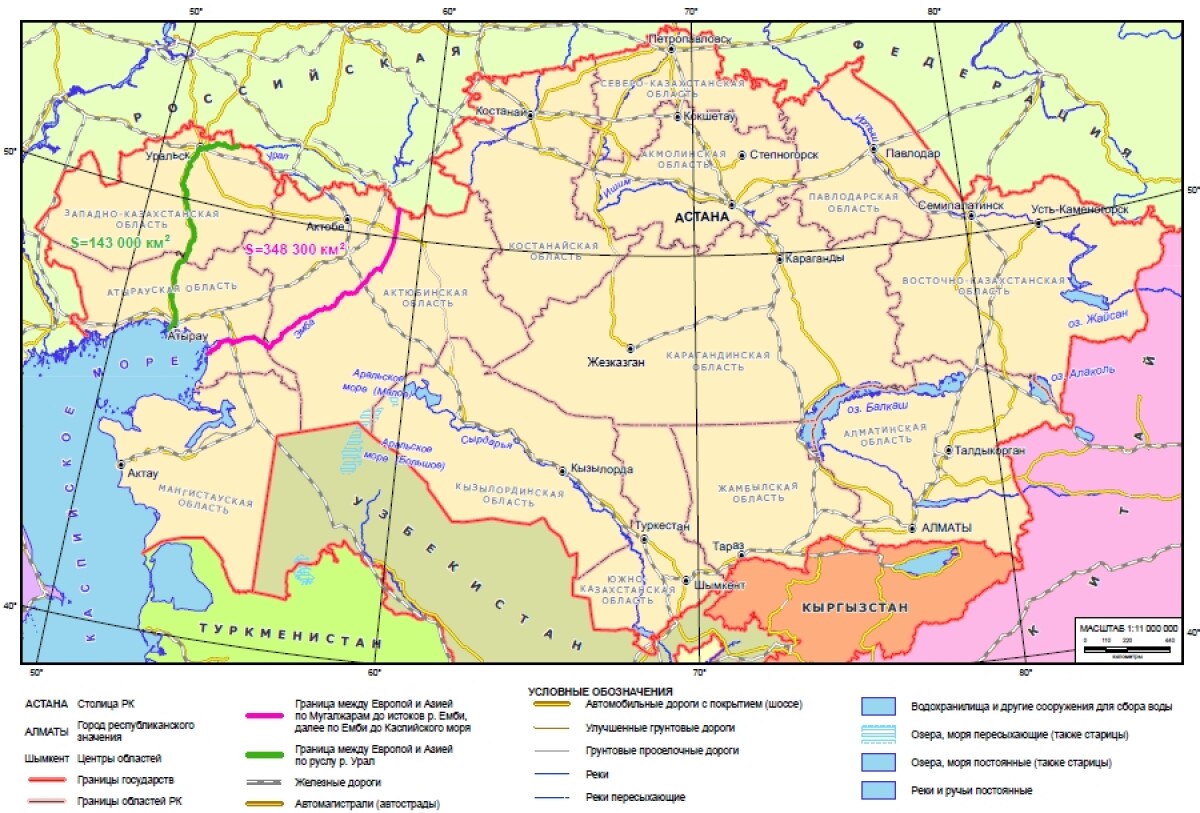 20 years ago, on April 22, 1997, the Taldykorgan and Turgay regions were abolished on the initiative of the President of the RK, the boundaries of the Akmola, Almaty and Kostanay regions were changed

The 1997 administrative-territorial reform was a significant event in the formation of a modern system of the internal territorial system.

The problem of regional governance is one of the most important directions of the policy of any state. In the Republic of Kazakhstan, this is all the more important, since it is at the district-region level that the factors on which the very existence of the state depends are at play.

With the collapse of the Soviet Union and the formation of sovereign states on the site of the former union republics and the proclamation of the sovereignty of the Republic of Kazakhstan, there have been changes in the administrative and territorial structure and in the management system.

As an inheritance from the Soviet power, independent Kazakhstan inherited an administrative and territorial structure, which includes 19 regions, 216 regional administrative-territorial units with a total population of about 16.5 million people.

The existing administrative-territorial division was inefficient and difficult from the economic point of view. The regional borders emphasized the raw material orientation in the development of most areas. As a result, there were exclusively agricultural regions (Kokshetau and Akmola oblasts), regions mainly coal and metallurgical industries (Zhezkazgan, Karaganda, East Kazakhstan regions).

May 3, 1997, the President of Kazakhstan adopted a decree on further measures to improve the administrative and territorial structure of the Republic of Kazakhstan, according to which the Zhezkazgan, Kokshetau and Semipalatinsk oblasts were abolished. In this regard, the boundaries of Karaganda, North Kazakhstan and East Kazakhstan regions were changed. The combination of the Karaganda and Zhezkazgan regions created a great potential for the development of non-ferrous and ferrous metallurgy.

The entry of the Kokshetau region into the North-Kazakhstan region combined the reserves of two territories: for tin, lead, molybdenum, gold, uranium, and diamonds. In addition, significant volumes of grain, buckwheat, wheat and oilseed crops were concentrated here.

Union of East Kazakhstan and Semipalatinsk regions allowed integrating the potential of their industrial production. The total balance reserve of copper was 48% of the total republican, zinc - 48%, 49%, lead - 27%, etc. The big profit was obtained from the united electric power industry, which amounted to 26% of the republican production.

As a result of the implementation of these measures in 1997, the regional management apparatus and the apparatus of state bodies with a population of 4,550-4,800 people were reduced. Direct economic effect amounted to 1210-1270 million tenge, which was aimed at solving social problems.

Currently, there are 14 oblasts, 160 districts, 84 cities, including cities of republican and regional importance, 195 townships, and 2450 aul (rural) districts in the republic. The regions, being objects of state self-government and at the same time were given the right to represent state power in the cities, regions, villages located on their territory.