Home News History in 5 minutes His ideas changed the world

His ideas changed the world 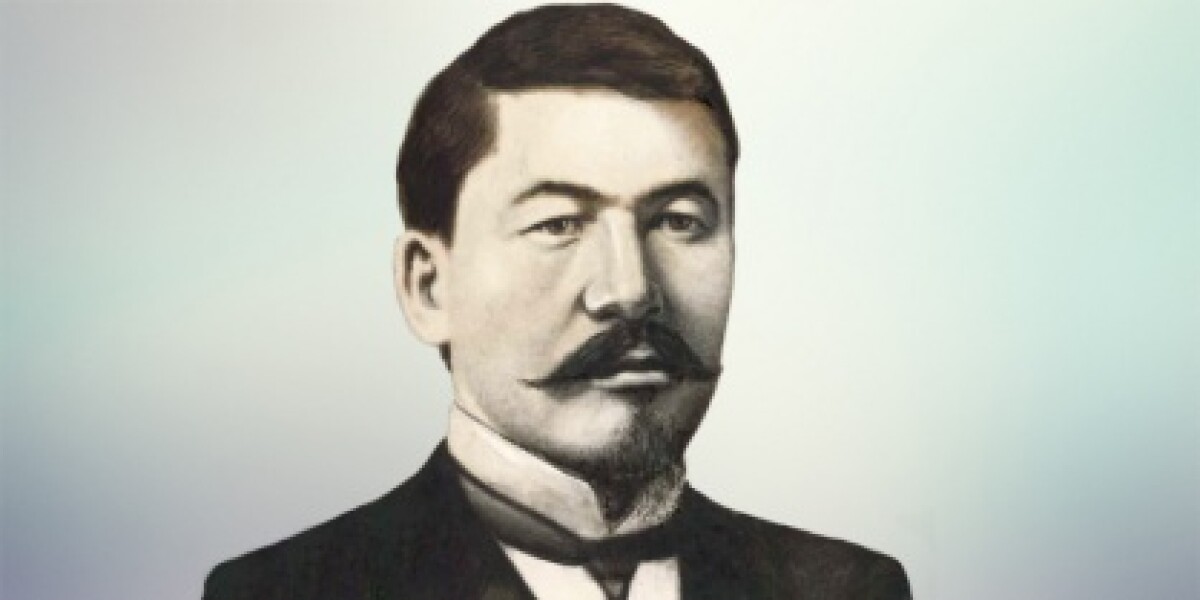 There are figures whose names do not fade with age. Such a bright person was Alikhan Bukeikhanov. And despite the long-standing bans, his ideas helped change the world for the better

History and destiny ordered that Alikhan Bukeikhanov, the leading Kazakh social and political figure, a prominent scientist and encyclopedist, deputy of the First State Duma and the Congress of the Muslim population of the peoples of Russia, became the leader of the spiritual and intellectual elite of Kazakhstan at the beginning of the 20th century. He was a member of the Bureau of the Muslim faction of the Fourth State Duma, the organizer and leader of the Alash Party, the head of the first Kazakh national government of Alash-Orda, a scientist and specialist in the field of forestry, economics, history, ethnography, philology, statistics, and political science.

In his writings there are answers to many questions that have been haunting our contemporaries for decades.

Alikhan Bukeikhanov dedicated his entire conscious life to the struggle for freedom and political independence of the Kazakh people.

He was born on March 5, 1866 in the village No. 7 of Tokraunskaya volost of Karkaralinsk district of Semipalatinsk region (now the territory of Aktogay district of Karaganda region).

Alikhan Nurmukhametovich is a direct descendant of the founder of the Kazakh Khanate - Zhanibek Khan and the first khan who established the state legislation - Kasym Khan. His genealogy originates from the very Genghis Khan.

"The descendants of the khans have an enduring duty to the people and, while I am alive, I will not cease to serve the Kazakhs," Alikhan Bukeikhanov said. This became the life credo of a statesman.

As a child, Alikhan trains with hired mentors, then studies in a three-class Russian-Kazakh school. He continued his education at the Omsk Technical School and the St. Petersburg Imperial Forest Institute. Having successfully graduated from this institute as a forest economist, Alikhan Bukeikhanov taught mathematics at an agricultural school in Omsk. Then he served as an official of the Omsk Migration Department, until 1905.

Since childhood Alikhan lived in an atmosphere of high intellectual life. He was well acquainted with the work of Abay and Shortambay; he knew the history and geography of his native land. At the same time, as a pupil of a three-year school, he was familiar with Russian and world culture. Studying in Omsk, and then in St. Petersburg, Alikhan closely converges with the representatives of the European intelligentsia. Among his friends were such prominent scientists as Grigory Potanin, academicians, professors G.A. Shcherbina, S.P. Shevtsov, V. Bartold and V. Radlov.

Being elected to the I and II State Duma, he had close relations with A.F. Kerensky, V. Shulgin, N.S. Chkheidze and other representatives of Russia, Ukraine, the Caucasus, Finland and Poland.

A crucial role in the life of the young scientist and publicist played his participation in the work of the expedition of F.A. Shcherbina, who explored the nature and economy of the north-eastern and central regions of Kazakhstan. Then he takes part in research of Siberia, publishes articles and monographs.

At the end of the 19th century, being a member of the West Siberian Branch of the Russian Imperial Geographical Society, he published deep scientific research. In particular, his work: "The historical destinies of the Kyrgyz region and its cultural successes" was published in 1903 in St. Petersburg, in a multi-volume almanac: "Russia. The complete geographical relationship of our fatherland". In addition, he publishes a series of articles on the history and ethnography of the Kazakhs. Printed works of A. Bukeikhanov are recognized among the scientific intelligentsia.

The ideas of defending a disenfranchised people from oppression of the colonial authorities, force Alikhan to engage in human rights activities. He begins to engage in active political activity.

The turning point for Bukeikhanov was 1905. The revolutionary events in Russia did not pass by him.

"A prominent propagandist who was the soul of all rallies and petitions and anti-government agitations, the main initiator and leader of the religious and political movement of the Kazakhs, the chief leader who exerts a tremendous influence on the entire Kazakh steppe, of course, is and will be Alikhan Bukeikhanov, an official of the resettlement department", the Omsk gendarmes reported to their metropolitan superiors.

Alikhan Bukeikhanov joined the Cadet Party "People's Freedom" and stood behind the creation of its branches in Omsk, Semey, and Karkaraly.

In the program of the party he was attracted by the following points: ensuring the immunity of the individual, the equality of all citizens, without distinction of nationality, religion, class and sex, and freedoms, the introduction of universal, equal, direct and secret suffrage, without distinction of gender, as in the people's representation, and in local self-government, the legislative resolution of land reform and the satisfaction of just national requirements.

But his paths with the Cadets disappeared in July 1917 after the February revolution, since he ceased to find support among them on the most important issue - granting autonomy to the Kazakh people, and also on other fundamental issues (land use and relations between the state and the church). 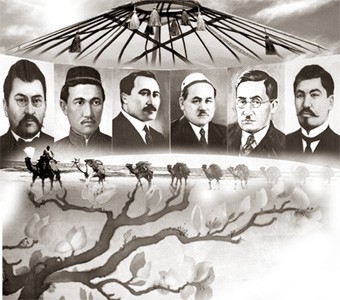 Having self-determined, A.N. Bukeikhanov created the national political party "Alash". In 1917, at his initiative, the All-Kazakh Congress proclaimed the "Alash-Orda", that is, the autonomy of the Kazakhs. He participated in the work of the congress of Siberian autonomists in Tomsk, where it was decided to grant autonomy to the Kazakhs as part of the Siberian republic.

In the Civil War, A.N. Bukeikhanov and Alash-Orda were on the same side as the Siberian rulers until almost the end of 1919, when they were hand to hand with the new power that had consolidated its positions. Alash-Orda had to make the only acceptable, albeit extremely difficult decision, to enter into an agreement with ideological and political opponents in exchange for a declarative promise of preserving national autonomy.

Personally, Bukeikhanov was forced to give up active political and state activity under these conditions. He considered illegal and terrorist action of Lenin and the Bolsheviks on the armed seizure of power.

Alash autonomy did not last long. The establishment of Soviet power, the defeat of the White Guards, before that - the divergence of the Alash-Horde with Kolchak, who advocated a single and indivisible Russia, led to the abolition of autonomy. As of April 4, 1919 a decree of the Soviet authorities was issued on the Alash-Horde people are not subjected to any persecution. Moscow in 1920 granted Kazakhstan the status of an autonomous republic. The issues of its arrangement were discussed in the Kremlin by Lenin with the Alash-Orda member Alimkhan Yermekov. Alikhan Bukeikhanov, who initially did not recognize the October Revolution, spoke of the usurpation of power by the Bolsheviks through an illegal coup.

The last years of his life the leader spent in Moscow, where he was sent with the prohibition of visiting Kazakhstan, working in the Kazakh section of the Central Publishing House, three times he was arrested. The last time it happened as of July 26, 1937. After interrogations and tortures Alikhan Bukeikhanov was shot as of September 27, 1937 as an "enemy of the people" together with the head of the Soviet government in Kazakhstan, Nigmet Nurmakov. The grave of Bukeikhanov is located in the Don Cemetery in Moscow.

The most important in the political legacy of A. Bukeikhanov is the idea of ​​national and state self-determination; it was endured by him and his associates, who gave all their strength to implement it, proclaiming the state "Alash-Orda", and ultimately having paid for it with their own lives.

Alikhan Bukeikhanov, as a matter of fact, has united around himself the national elite, intelligentsia. These were conscious steps towards our today's Independence.