Home News History in 5 minutes What makes you strong, bai?

What makes you strong, bai? 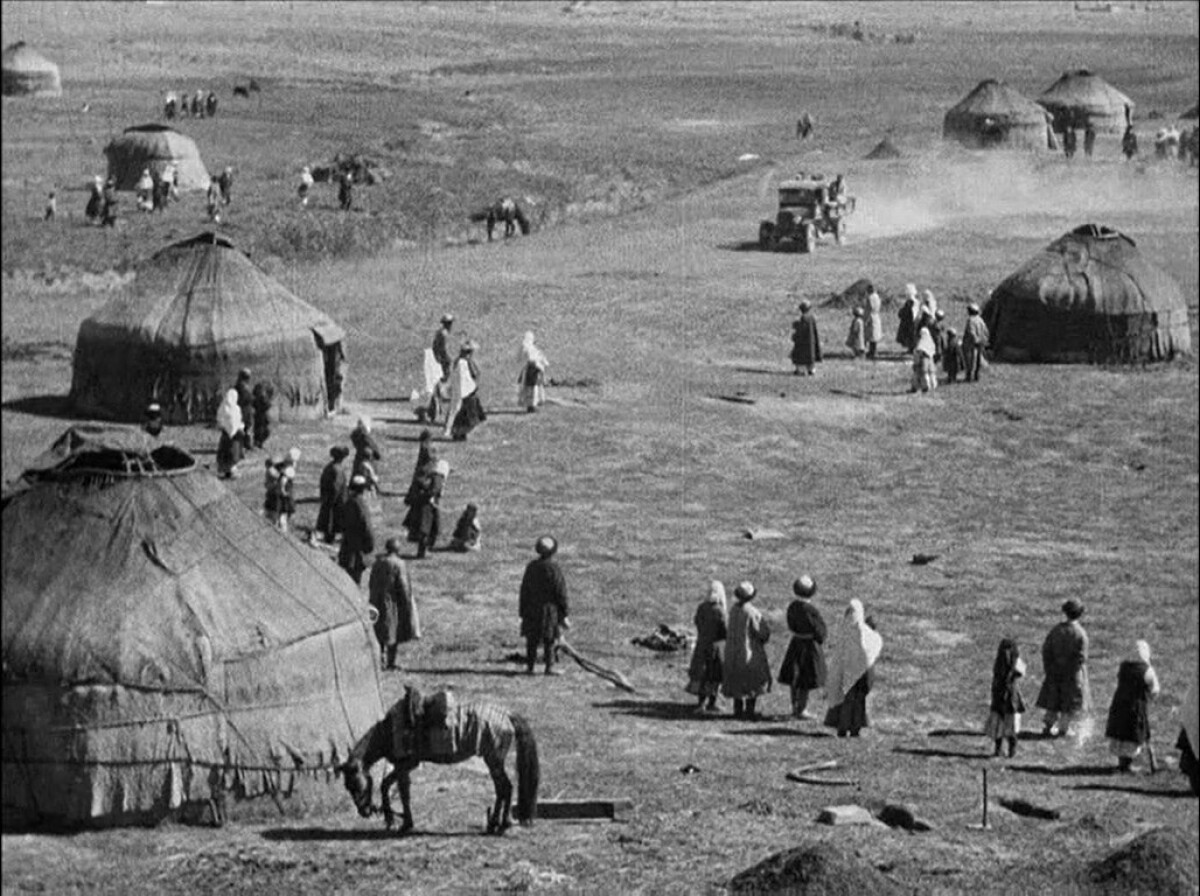 The Central Committee of the All-Union Communist Party of the Bolsheviks sought to liquidate the private property of large and medium-sized livestock owners, i.e. actually the most enterprising nomads in the Kazakh Autonomous Soviet Socialist Republic.

In the period from March 28 to April 3, 1927, the Resolution of the 6th All-Kazakh Congress of Soviets on the redistribution of hay and arable land was adopted. The Congress of Soviets believed that the mandatory redistribution of hay and arable land in auls is timely and necessary in the presence of existing uneven land use in auls.

Historically, land use in auls was formed on the basis of the right of seizure. Hence the dominance in land relations, both on the part of a strong clan, and, in particular, the bai within the clan.

The presence of this unevenness contradicts the principle of nationalization and, on the other hand, leaves the poor in a dependent position from the riches.

Further, the resolution specifies the advantages that will result from the redistribution of lands, aimed at eliminating uneven land use in auls. 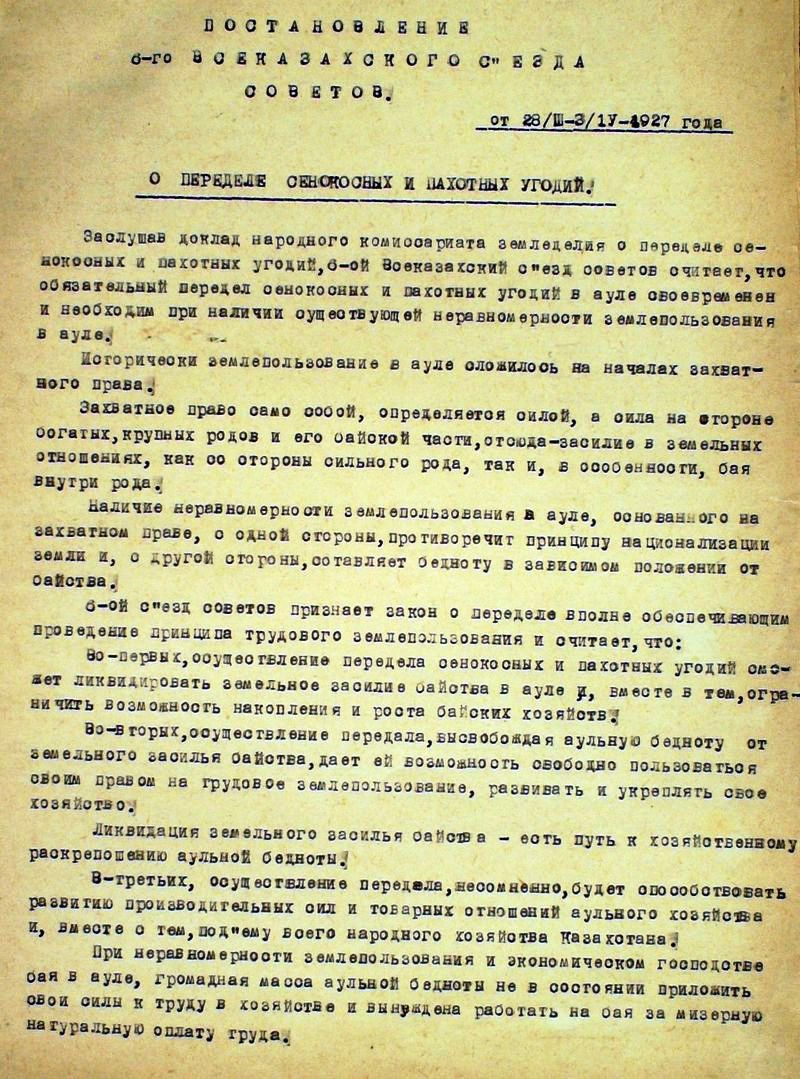 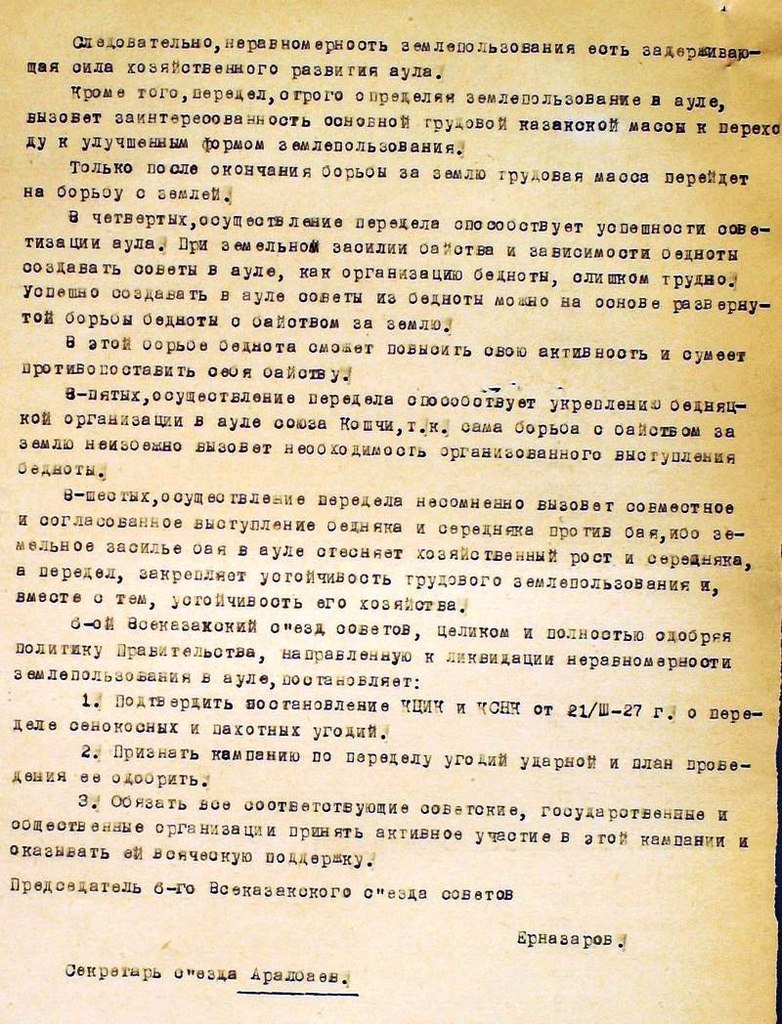 The new document was in fact the beginning of the war against the bais. 2 million 900 hectares of land were forcibly taken away. Revolutionary demarcation in nomadic and semi-nomadic auls became a harbinger of the deployment of a broad campaign for the final liquidation of large farms.

However, this measure did not bring the expected effect. Those who did not have livestock could not use the hayfields and pastures that they had transferred, and in most cases returned it to their former owners.

The next step was the confiscation of property of large bais - cattle owners with their eviction together with their families outside the areas of residence.