Home News History in 5 minutes How was industrialization in Kazakhstan a hundred years ago?

How was industrialization in Kazakhstan a hundred years ago? 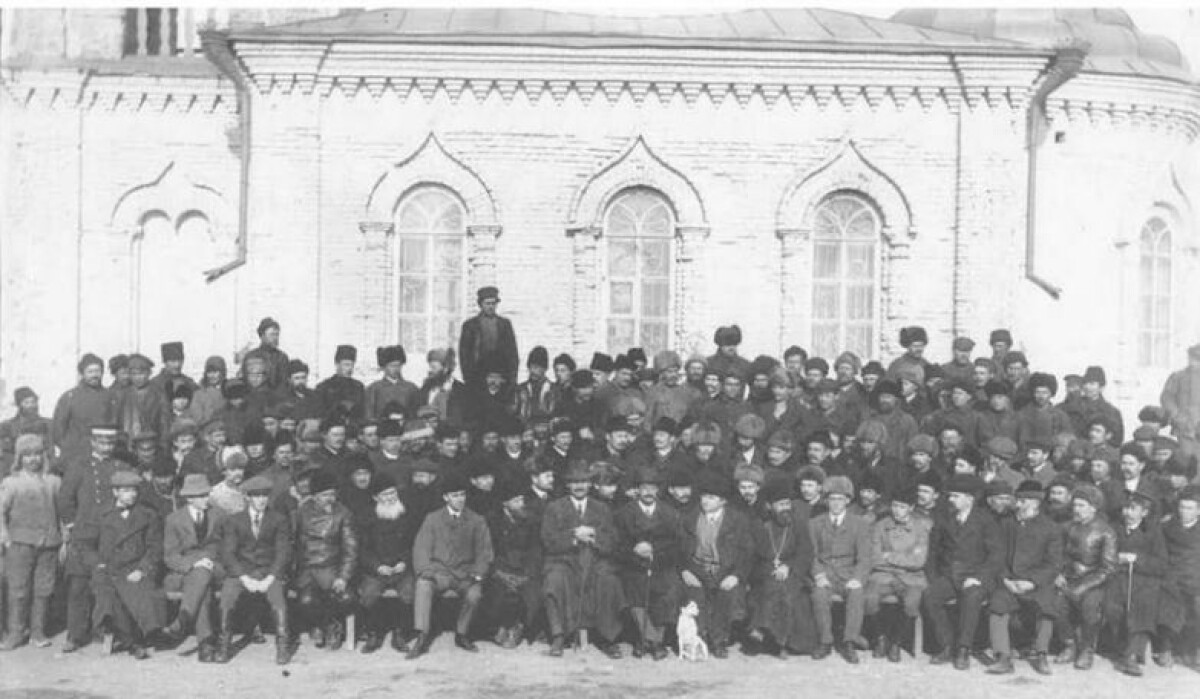 In 1904 in London, the joint-stock company "Spassky copper ores" was formed. This society was engaged in active buying up of deposits from Russian merchants. Thus, the Spassko-Voskresensky and Uspensky copper mines, the Spassky copper-smelting plant, as well as the Saransk and Karaganda coal mines were bought out. And the shareholders were the citizens of England, France, the USA, Germany, Sweden, Spain and other countries.

In 1904, rich deposits of non-ferrous metals from Ridder and Zyryanovsk were purchased by the Austrians.

July 1, 1907 finally formed joint-stock company "Spassky copper ores" with a fixed capital of 3 million pounds sterling. A new period in the life of the Spassky plant, mine and ores began.

In 1908, the plant introduced a new technological process of conversion of matte. For this purpose, two reflecting furnaces and two converters were built. As a result, better rough copper was obtained.

In 1909, 510 workers worked at the Spassky Plant and 311 people worked at the Uspensky mine, and 152 people worked in the coal mines. The total number of workers was 973 people. In 1909, 886 thousand puds of ore and 2 million 76 thousand puds of coal were mined and 141 thousand puds of copper were smelted. The Karaganda deposit caused interest in 1911. During the First World War the Karaganda mine worked stably. In a year 4064 tons of coal was extracted, of which 3,410 tons were sent to the Spassky Plant. By this time, the total number of workers was 453 people. Among them there were 12 employees. 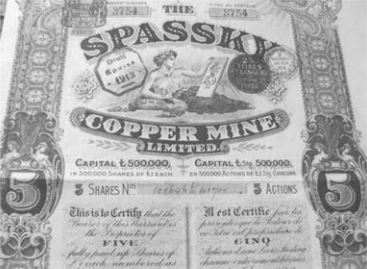 By 1913, the Uspensky mine had developed reserves with a rich copper content. In the process of exploitation at the Uspensky mine area there was a decrease in the copper content in the ore mined by the mines Annenskaya, Vladimirskaya and No. 4. Copper smelters at the Spassky plant could not use low-grade ore. Shareholders purchased equipment for a reflecting furnace. The technological process required the enrichment of ore. Kazakhs of the Kyzyltau volost (aul No. 4) bought a plot of land 2 to 2 versts in size.

Here was built Sarysuysk concentrator. To this end, was invited engineer-designer John Wilford Wardell from the UK to the Kazakh steppes. Later, in the book "In the Kirghiz Steppes," he described in detail the events of the Steppe region. The productivity of the Spassky plant rose to 410 tons of copper per month. The company claimed a plot of 10 to 5 versts. The coal reserves were estimated at 200 million tons. The mines "Carno" and "Herbert" extracted for the company's needs daily up to 80 tons of fuel. Smelt of copper, besides coal, required additives of quartzite. The deposit (2 by 2 versts) was purchased in 1913 through the Omsk Land Department and named Sasyk Karasu. 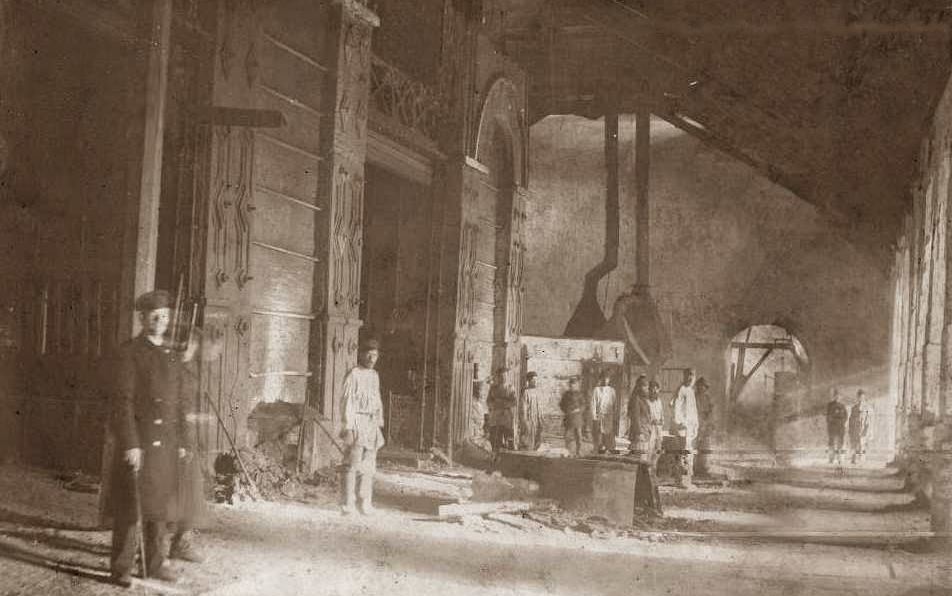 One of the shops of the Spassky Copper Smelting Plant

Spassk was inhabited by 3,000 residents. 1500 Kazakhs and 300 Russians were engaged in various jobs.

Subjects of the British Empire were getting smaller every year. In 1914 - 18, 1915 - 14, 1918 - 10 and in 1919 were 8 people. Foreigners controlled the process of copper smelting. The main metallurgist A. Turner, who worked almost all his life in the Russian Empire, was assisted by Robson, Peleu, Morgan, Farmer, and Stevenson.

At other sites, accountant Boyce, Secretary Barker and clerk Ristoft were employed. All of them submitted to General Manager Bryant. The Karaganda mine was led by Harbottle and Campbell, and the Uspensky mine - Farmer Sr., Quick, Larsen, Farmer and Purvis. Later Horsley, Hall, Svein and Dobby arrived there.

At the Spassky factory, wages depended on the type of work. In May 1914, the copper smelters worked for 8 hours. The salary of the master was 1.80 rubles, his assistant - 1.70 rubles and workers - 0.60 rubles in a day. In the forge and carpentry shops worked for 9 hours. Here the master was paid 2.40 rubles, his assistant - 1.50 rubles and workers - for 0.70 rubles in a day. The special brigade was engaged in ancillary affairs for 10 hours a day. The ten's manager received 2 rubles, and workers - 50 kopecks each.

The professional organization of labor made it possible to reduce the prime cost of smelting one ton of copper from 140 to 118 rubles.

The first copper concentrate was obtained in June 1916. It was sent to the Spassky factory in packing bags. The number of workers reached 120 people.

In November 1916, Herbert Wulmer, the chief managing director of all British crafts in Central Kazakhstan, left his post after six years of work and left for Moscow. In his place came Jim Beldon with new plans for the development of coal and copper-ore business. Foreign experts developed a project to build a large for that time mine with a capacity of 250 thousand tons of coal.