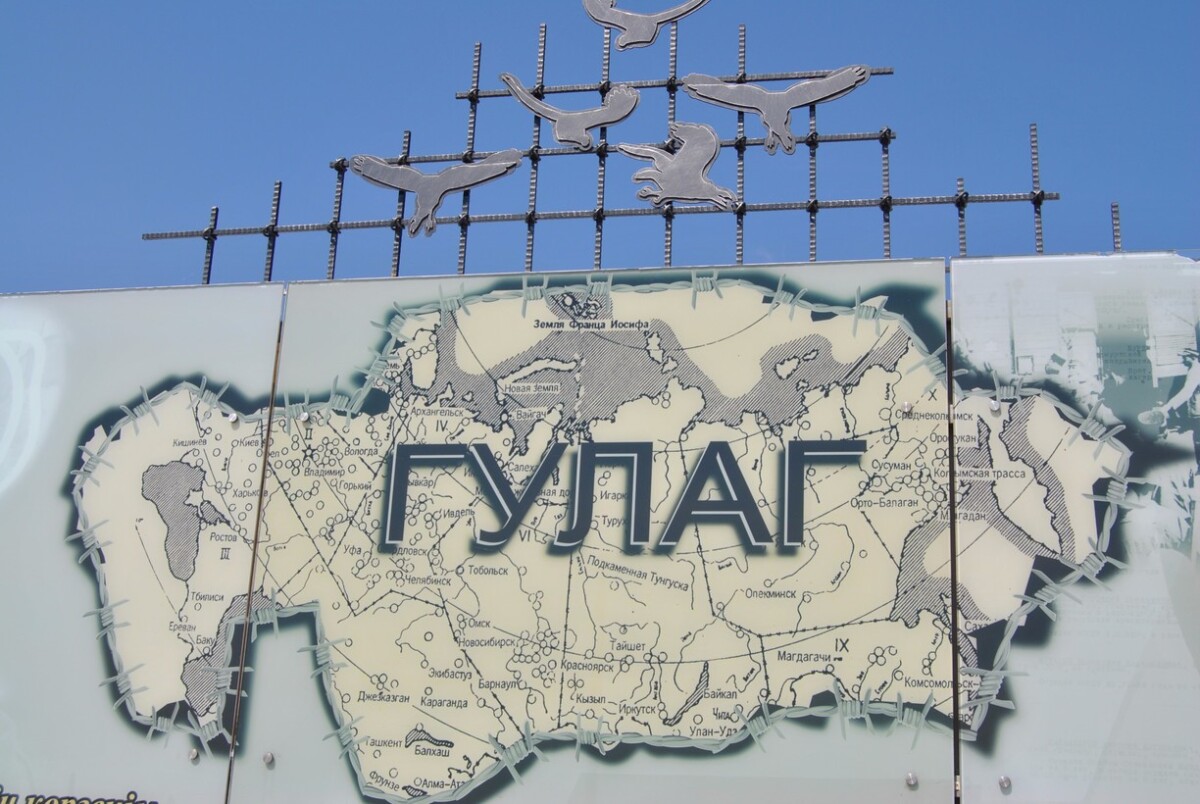 Main headquarters of camps was “the state inside the state”, directly being subject only to Moscow, and on the powers of their instruments it got the name “Hell on land”

In April 1930 the decree of Gulag USPD “On enrolment of volunteers from chekist cadres for the managerial work into newly organizing camps” was released. In the document it is noted that by the decree of Sovnarkom USSR as of 11 July 1929 “On forced labor camps” on USPD was laid the task of economic development of less achievable suburbs of the Soviet Union with the help of usage of labor, isolated social-dangerous elements.

One of the most important conditions of successful execution of that governmental task on the organization of new camps in Siberia, the North, the Far East, Middle Asia is the staffing of the managerial staff of camps by chekist cadres. New camps under the command of chekists, also Solovetsky, had to play the transforming role in the  economy and culture of far surroundings. 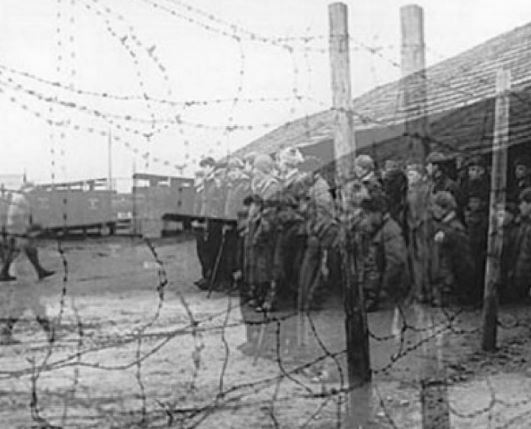 The main incompleteness of cadres in Gulag mainly relates to the private and noncommissioned officer corps. The selection of the private and noncommissioned officer corps of Karlag originated predominantly with the help of recruiting of demobilized officers of the Soviet Army. The recruiting in VOKhR (military guard) of Karlag was conducted through the military departments of party committees locally, through oblast military commissariats, committees of Komsomol, sports societies.

By the Order on the Directorate of Karlag NKVD 1937 into the personal staff of VOKhR of the camp were recruited from the parts of the Red army of the cities of Polotsk, Tyumen, Kamyshlov. In 1938 into each department of the troop of guard of Karlag arrived from 40 to 60 recruited officers of the Red army. At the staff of the VOKhR of Karlag worked the recruiting point on the enrollment of personal staff of militarized infantry guard. The recruiting point supported the connection with oblast and city organizations, being aware of the issues of accounting and distribution of working force.

Hereby, the task was not only to attract new cadres into the VOKhR of Karlag, but also rule the work on the fortification at the service of “being subject to demobilization of rifle shooters of the guard of camp and creation for that appropriate conditions”. The issues of recruiting and preparation of the cadres of the VOKhR did not come off the agenda of part actives, meetings at the head of the Directorate of Karlag and political department, went through the detailed analysis. For instance, the meeting of Political department and staff of the VOKhR Karlag in 1938 analyzed the finals of demobilized officers. 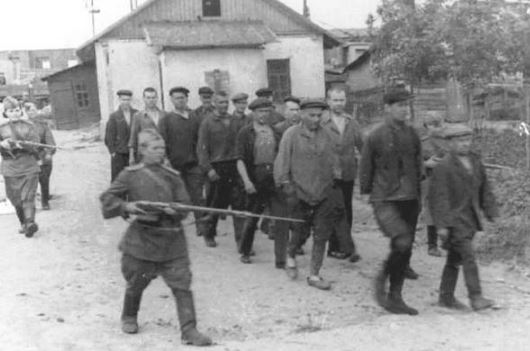 The negative final of recruiting was also marked - among demobilized soldiers there was significant number of illiterate and uneducated people. Junior commanders of the Red army were considered in Gulag “golden fund”, and the army itself the cadre officers called other than “the university for all organizations”, in their opinion, black workers were evaluated more than the junior commanders, because they are true military officers , they thoroughly perform the tasks and themselves bear punishments.

From that it becomes understandable what level military workers came from Karlag. For that aim in the field decree of the Red army 1929 it was directly said that the officer had to be harsh and at the serious disobedience had to shoot his soldier. That is why totalitarian system was confirmed not only in politics, but also in the army. In the Law “On obligatory military service” as of 18 September 1925 was stated that the defence of the USSR is the obligation of all civil people, however, the defence of the country with weapon in hands is realized only by labourers.

The Law defined the class principle of the formation of parts of the Red army. This decree distributed for the VOKhR camps of Gulag. Directives, orders of the Gulag did not allow to let weakening of proletarian and communistic nuclear of the guard of camps. 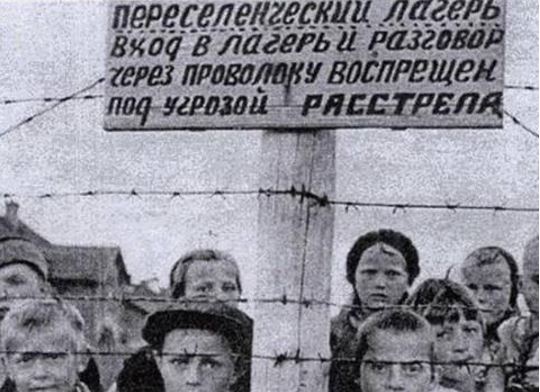 And now let’s stop at statistic data. In 1939 the personal staff of the guard of Karlag comprised 1443 workers, among them are members AUCP (b) – 26 people, candidates AUCP (b) - 78, members  AULYCL  - 559. Party-Comsomol layer of VOKhR Karlag - 46% to the total number of Communist political composition and private staff of guard.

1 September 1939 the Supreme Council of the USSR adopted the new law on the common military obligation. However, the new law could not sufficiently satisfy the demands of Karlag in qualitative and special personnel.

Cadre politics of the party of the Red army based on the statement of V.I.Lenin: “Building the new army , we have to take commanders only among people. Only Red officers will have among soldiers the authority and will be able to consolidate socialism in our army”. This statement is observed in the Decree as of 30 October 1928, but after a while in the 30s started the forced recruiting to the army and started to pay attention not to the quality, but quantity.

Significant deficit of junior commanders, forming at the eve of war, negatively influenced the reserve of this category for the militarized guard of camps.

In early 1938 for managerial positions into camps were directed more than three thousand Communists and more than 1200 specialists recently finished universities. Hundreds of Communists from the apparatus of Central Committee came to work to central apparatus of Gulag. Few people started to serve in the VOKhR Karlag at their own request. Into the guard they did not want to be enrolled, first of all, because of subjectively hard conditions of service and its extremely low prestige value.

A.Solzhenitsyn surviving through the camps of Gulag considers that “into prison-camp system can not go a person capable for any useful activity. Ideal characteristics of the appointee, criteria of his recruiting were defined and proclaimed at February-March Plenary Session of CC AUP (b) 1937.

“The main criterion is the business-like and political qualities of the worker checked practically and being controlled from day to day. Fulfilling Stalin’s direction all the potential cadres entering the service in the VOKhR CLC went through the detailed special checking through the bodies of USPD-NKVD for the subject of safety. 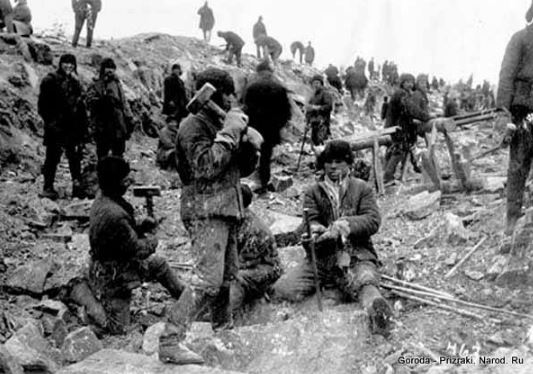 By late 30s in the directory of cadres CC AUP (b), the head of which was G.M.Malenkov, there were the departments of the cadres of punitive agencies including the Gulag. 25 October 1956 the militarized guard of forced labor camps was transformed into the convoy one, completed by military service. Various destinies going through the tortures of Gulag, survived many life difficulties. Besides, the industrialization, collectivization, hunger of the 30s. Not one of these hard disasters could not demolish the spirit of humanity. The hardships continued in the years of the Great Patriotic war, but our heroic people could not be outlived and overpowered.