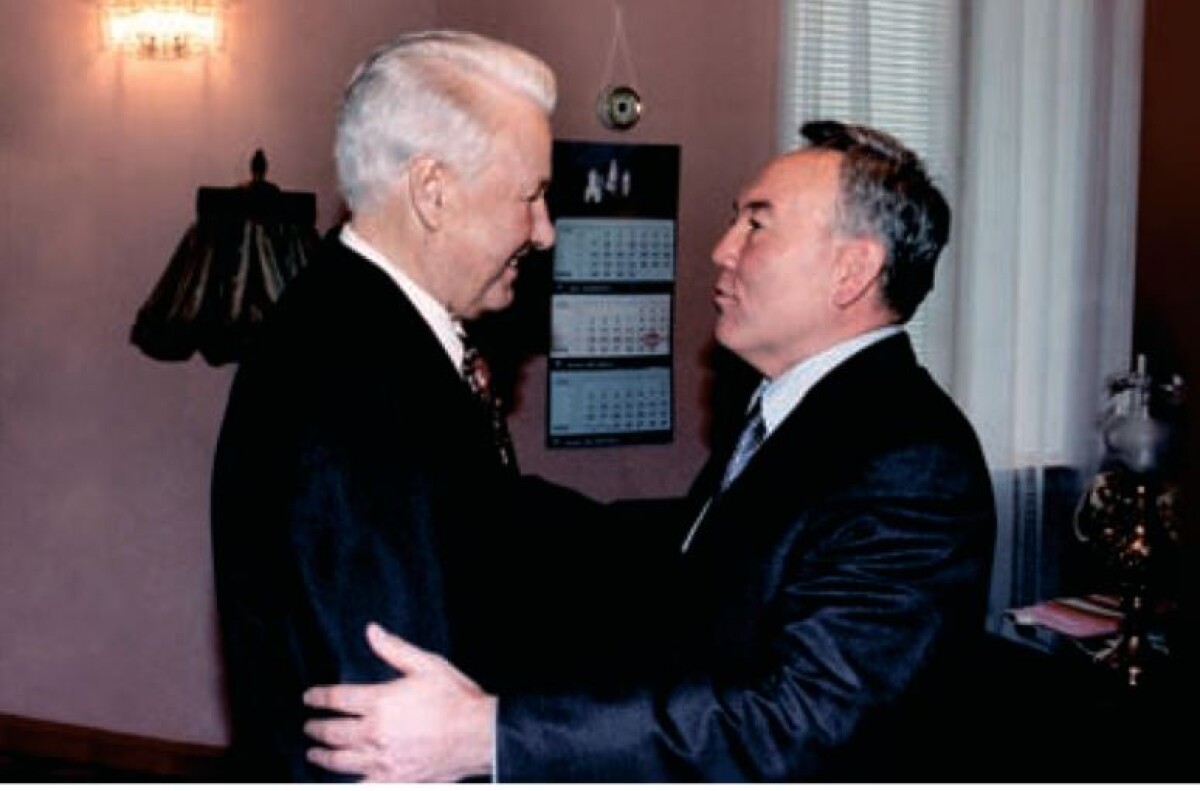 “Prologue of hope”–under such name in August'91 “Kazakhstanskaya Pravda” published the article about the visit of Russian President B.N.Eltsin to Kazakhstan.Countries started to organize new relations

Both presidents cherished great hope for successful development of bilateral relations between fraternal people. And meanwhile in Moscow ripened the plot directed against the Union Contract. About that they did not even guess. “Kazakhstanskaya Pravda” tells about plans of the Presidents, about new Union contract, about the necessity and inevitability of economic reforms. 16 August 1991 the team of the President of Russia B.N.Eltsin arrived in the capital of Kazakhstan. The aim of the visit – ratification of bilateral contract on friendship and cooperation between Russia and Kazakhstan.

The open nature and attention to needs of people – it is exactly the feature of character, organically transferred to its politics and which became its core, unites the leaders of two republics – Russia and Kazakhstan.

Although the President of Kazakhstan – the leader of fairly another nature. Social-political stability, consequent and direct in economy, consolidation on the basis of economic reforms of all sound powers, logic and predictability of decisions and actions – all of that embody the President Nursultan Nazarbayev.

He succeeded the way of politics of centrism, excluding the extremes - both left and right. For many the President Nazarbayev today is the example of the fact how in the most difficult conditions to combine  incompatible - because of the achievement of practical result, conduct serious transformations, saving in the society the atmosphere of accord and working state of mind. Exactly because of that reason his course gains more supporters in the country and abroad. 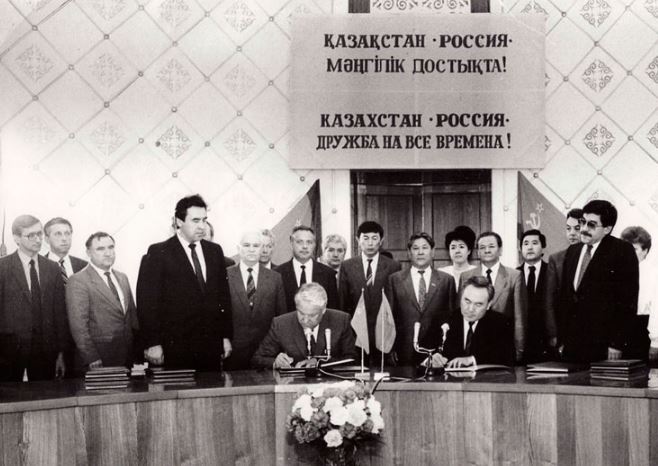 The heads of states during the signing of Kazakhstan-Russian contracts. Almaty, August 1991

Two presidents are united by the main: the aim, in the name of which they work, - welfare of a simple person, and as a result – the prosperity of society. And both of them – supporters of deep economic reforms, genuine sovereignty of their republics. Both of them tell people the truth, often directly, but inducing to actions.

Both of them are ready to bear on their shoulders the whole fullness of responsibility for the state of affairs in the society, these are people, who are responsible for their words and actions.

And of course both of them – people of act, in our time of bloom of political and any other debates, attract. That fact that accents of political life of the country today moved to the side of Alma-Ata – reality. Meeting on Kazakhstan land of two leaders, with the names of whose the major part of population in the country ties hopes for changes, is the good sign in favor of that the hopes are meant to come true.

And ratification of interrepublican contract is the documental confirmation of these hopes. The next step – signing of the Union Treaty. Kazakhstan and Russia will make it among the first. The mission of the first ones is honorable, but extremely responsible. And all that became possible only thanks to the fact that their politics today personifies such leaders as Nazarbayev and Eltsin. So, we have all the reasons to hope that present Alma-Ata meeting will become the noticeable landmark not only in the chronicle of friendship of people in two republics. It will enter the history as the component of complicated, multidimensional process of the formation of the renewed Union. Alma-Ata throws open the doors!