Millenary culture and philosophy of nomads 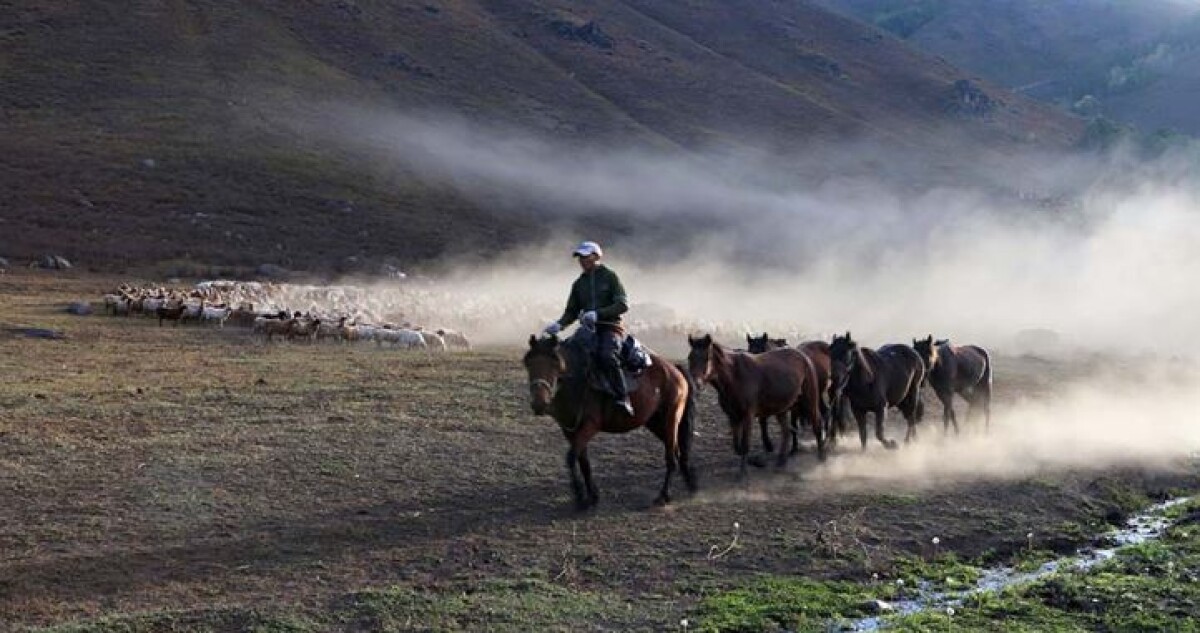 Interconnection of Kazakhs with Altay has deep history, its roots recede far into the past, to the epoch of Andronov culture. Archeological data point at many common features of those tribes and Kazakh culture. For instance, as the researcher M.Mukanov said that if to pay close attention to the monuments of Ancient epoch, ornaments of pottery dishes, then it can be noted that great similarity with today’s Kazakh ornaments.

And in Altay history ancient nomads – Saks performed a huge role. The existence of united economy, basics of animal breeding of nomads created conditions for the development of common culture and close interconnection among regions, inhabited by Saks.

According to anthropological data, found in Altay mounds various items point at the  close connection of culture of that time with the culture of present people in Siberia and Central Asia. For instance, was disclosed huge similarity of Kazakh, Kirgiz and Altay ornaments with shaggy carpets found in Pazyr mounds.

The similarity of the economy, material culture of nomadic tribes inhabiting this location particularly brightly expressed in their arts and crafts, food and items of mode of life. Notwithstanding the fact that passed two and a half thousand years and that they were subject to great changes, they still are left the witnesses of rich cultural heritage and history of those people. In the last time in detail are researched monuments of the Saka epoch. Berel, Ukok and other found monuments are known all around the world. They are our historical monuments and give majority of information about traditions, customs, way of life of Altay Kazakhs. 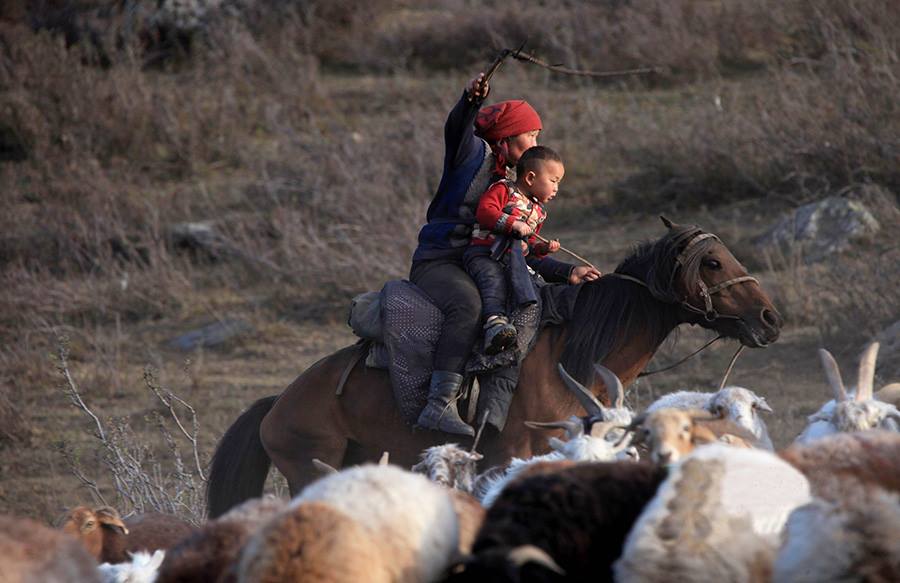 Information on ethno-genetic interconnection of Altay people and Kazakhs exist in vernacular folklore. If to take for instance the legend about brothers Beleut and Teleut who were very early deprived of parents. They inherited only one mare and one rifle. When they divided among themselves this property on the location of Taikesken Shunak, Beleut got a mare, Teleut – a rifle. On this legend, Beleut is the forefather of Kazakhs, who were engaged with the cattle-breeding, and Teleut – research of Russian scientists, Kazakhs started to inhabit Altay only in XVIII-XIX cc. And before that between them was no tie, they confirm.

S.I.Rudenko, who participated in scientific expedition on the research of Altay Kazakhs in 1927 told, “The part of Naimans resided these places since ancient times, and another part moved here in XVIII century, after the fall of Dzhungar state”. A famous historian M.Mukanov studying the origin of Naimans  come to the conclusion, “… for several centuries Naimans were subject to Mongols first, then to Dzhungars. If they only were kin to Mongols then for that time they could become integrated with them to the united wholeness, However, they could keep their language, peculiarities of their culture”. 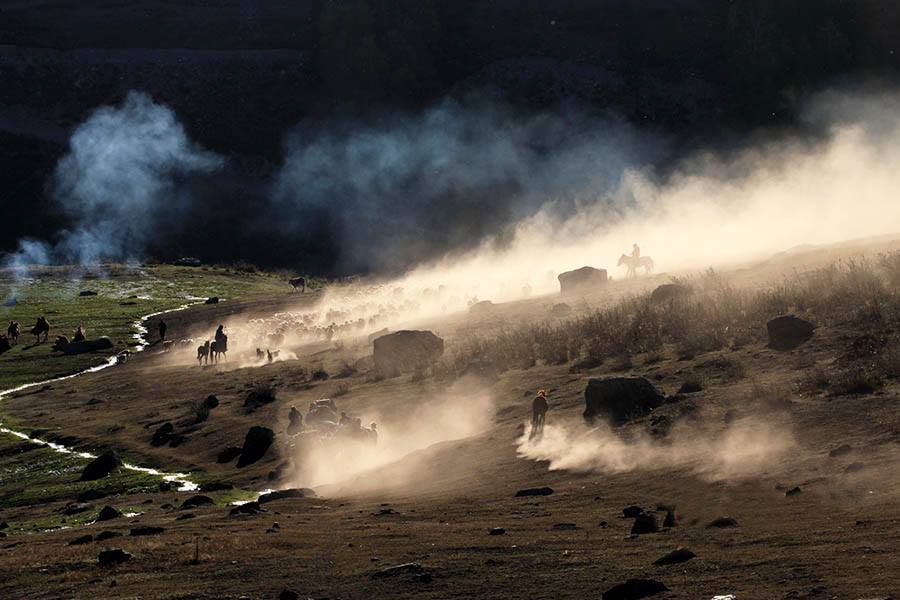 On that basis we can not negate the fact that part of Kazakhs being subject to Dzhungar state could inhabit Altay lands. Historian K.Pischulina came to the conclusion that “in XVIII century Kazakhs and Tolenguts inhabited southern Altay in close communication”. During colonial oppression conducted by Russia regarding Kazakhs many of our compatriots went to Altay and China, in the course of collectivization the majority of Kazakh people were taken away and given to Russian peasants, poor Kazakhs deprived of lands had to leave for foreign lands.

If to believe in static data unveiled as a result of research works S.I.Rudenko that time only from Semirechie moved about 3000 families. It means that our compatriots did not only go from the Motherland, but also were based in other lands. 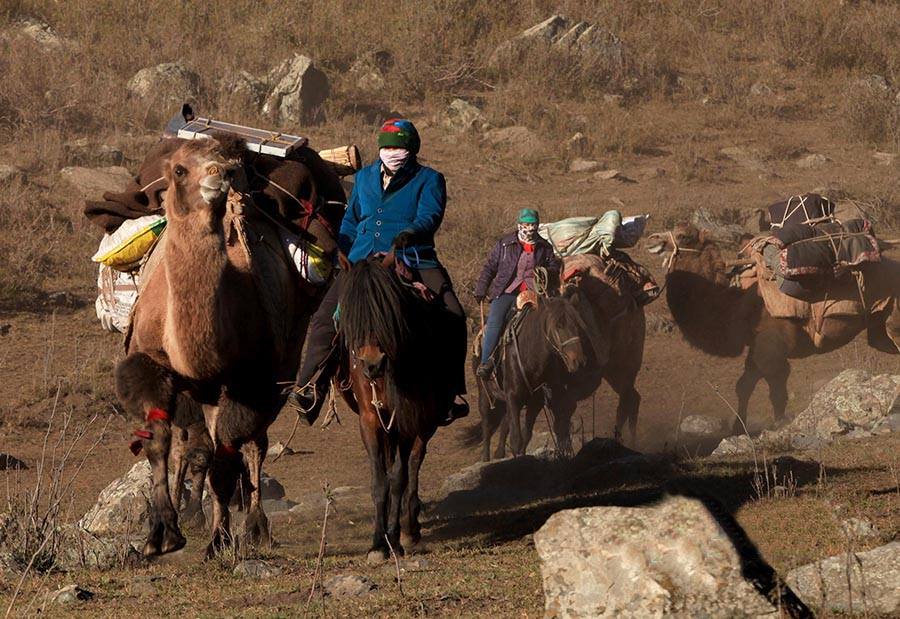 In the last years, within the framework of the program “Cultural heritage” were brought about 500 documents from foreign archives, concerning the history of our country. Among them a special value present the letters of Abylai khan and Qian Luna, written to each other, having hige significance. Many know about the fight of Abylai khan and China in XVIII centurt for Altai, Tarbagatai lands. In his letter addressed to the emperor Tsian Lun, Abylai khan wrote that mass settlement of Kazakhs to the east after the fall of the Dzhungar khanate meant their return to the motherland. And the fact that Qing Lun in one of his letters wrote: “…true is that we deprived of these lands in the past. However, these places now belong to China”, it should be understood that its recognition that Kazakhs inhabited these places for long. One more topical issue on the study of Alatai Kazakhs concerns “Diaspora” and “irredentist”. In the present time more inhabited by Kazakhs location of Altai Mountains is the district of Koshagash. Present Kazakhs are divided into Zhazotyr Kazakhs and Shu Kazakhs.