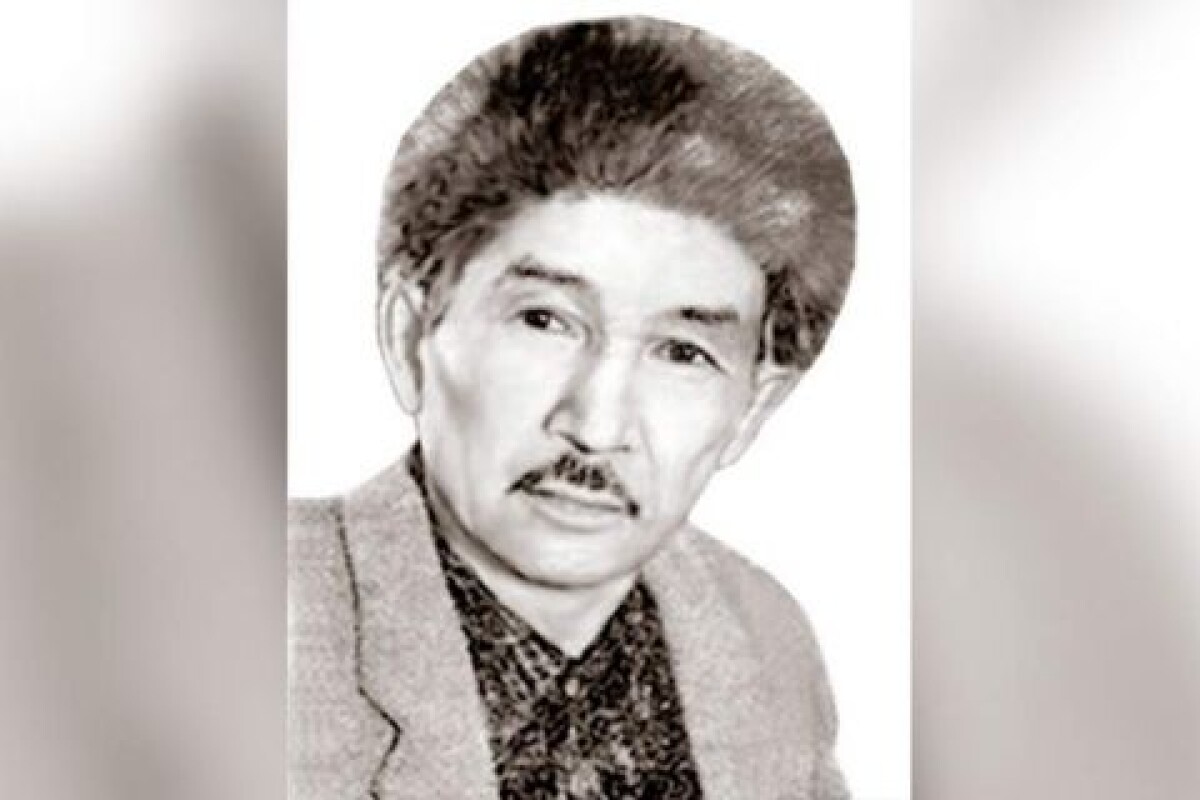 Unknown aspects of Tokash Berdiyarov’s life, his poetry - a reflection of his life. He describes his way as it is, without embellishment. He always stood out among the others

Tokash in his childhood

Name given to Tokash Berdiyarov at his birth was Torkysbek. He was born on September 19 in Keles, in Ushkyn of Saryagash region in South Kazakhstan oblast. According to tokash said AbdisattarAlipuly: "He grew up an orphan, at the age of five he was educated first at the Tashkent orphanage, and then in an orphanage №23».

Tokash Aga recalled: "In the 30 years of the twentieth century, we lived in the city of Tashkent, located not far from our aul. Among the numerous orphans in the orphanage also was me. White shirt, white bed, white bread".

Returning to his native aul, he began to work early: at the age of 13 he was at work of the collective farms, also worked as the timekeeper in the cotton fields and lathe. "The child who experienced an orphan as I was, would be very viable.

When Tokash turned 16, he increased his age and went to the front. "Few people know that after the war, he remained in the army and served for four years in the Baltic Fleet," - writes the author of the book "Koke" Bolat Sharahymbay.

Those days it was rare to opt for Soviet Navy soldiers of Asian ethnicity. There was a policy not to allow the Asians to technology management. Based on the memories of the poet, the author of the book said that Tokash was the only Kazakh served on a submarine. In the scorching submarine atmosphere for weeks, months under tons of water, Tokash’s character was showed - he was adamant to manifestations of superiority, opposed to all injustice, stand up for the weak. These inherent features become the reason for all sorts of clashes between him and other sailors. He was not used to be different, although the army life was in his favor.

B. Sharahymbay writes: "The problem of separation among nationalities was on the agenda. Tokash saw how others look at him from the high. From such contempt for him his blood boiled. All knew about his brave and blusterous character. People were beware to touch him once again. After the war Tokash Berdiyarov was taken to guardhouse in the German city of Ilmenau. The military commander of the city got him out of there, who later became well-known Kazakh writer, Kalmukan Isabay. This case is reminiscent of the story of the famous Kazakh writer and hero Kaysenov Kasim, who was able to return to his homeland from Ukraine only by the poet’s help, partisan Zhumagali Sain. At what points of the Earth they were, our Agalar always supported each other.

The poet, laureate of the State Prize UlugbekEsdaulet has a collection of memories "Abіlhayat". There's a chapter on "Prankish Tokash" - the author reveals the image of the poet Tokash, describes his human qualities.

The poet could not publish his poems in a book, at the most desperate moment his first book was approved for further editing. The book was edited, put into some place, that’s all. Time passed, Tokash decided to learn about the release of his book, and came to his fellow writers’ cabinet responsible for the publication, whether from long wait, whether due to natural explosive character, he became roughly express addressing to the present there - a poet Saga Zhienbaev, Shona Smahanuly satirist and editor Ulugbek Esdaulet. In the east swearing, touching the mother's name, was the worst insult. As a result, Tokash was sent not to remote places, where he left a well-deserved punishment. Over time Tokash understands all, asks forgiveness from the editor. This is just one example of the manifestations of unbridled temperament of poet Tokash.

In another memory U. Esdaulet divided this story. Tokash came somehow to Anuarbek Duisenbiev and began to put punches on him. "Imagine small, compact Tokash, grabbed by the collar several times greater than his dimensions Aneke and repeatedly hit him hard. So, at least, it seemed, judging by the efforts that have been written on the face of a fighter. Mighty Aneke did not even flinch. When he waved from Tokash, as if from a troublesome fly, he flew several meters, but at the same time, miraculously stood on his feet.

After the hustle and bustle subsided, someone asked Duisenbiev what had happened, he simply replied: "A dog knows!" 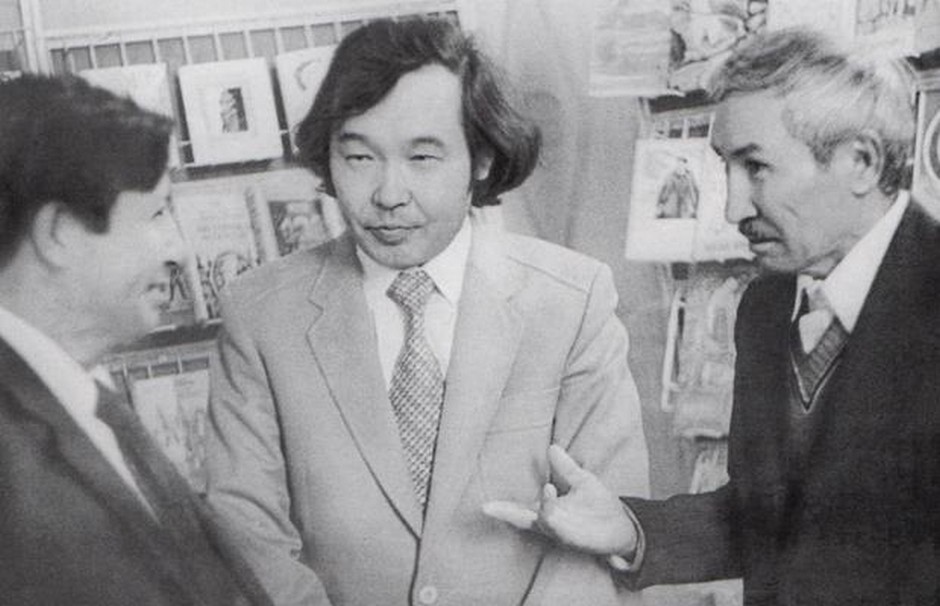 Straight and daring Tokash had not so many friends. His friendship with the great figure of the Kazakh poetry Mukagali legends are made up. According to their contemporaries, both poets were much alike not only by their characters, but also the outlook on life, aspirations in poetry. Mukagali was younger than Tokash to ten years, so saw him as his brother, his support.

The one case where the poet admires the poet Makataev himself says, "So does the poet a conscience". Mukagali could not follow the poet, glorifying truth and justice, moving in the right direction alone.

Because of his contentious nature first years of his creativity Tokash did not really work. In the absence of a permanent job, or rather, lack of communication in the "top", he was satisfied with the fees of books. His innermost thoughts poet wrote in the book of Ulugbek Estaulet: "I hoped that my first worthy book would soon be published. Thanks to you. I have spent pre-payment a few months ago. If the book was published, I would get 60 percent of the fee. Quite a big sum. What else can wish a man who does not receive a salary? What have I done wrong to push the release of my book for next year?"

"Free Tokash"- with this table of contents, we try to look into the soul of the poet, accustomed to free, not bound by the obligations life. In a somewhat unfavorable light before us is a person, rambling without a permanent job, therefore, without stable income. And how do you like a story about being in such a position Tokash once spent his much-anticipated fee for the construction of roads in his aul. Only person independent of money, a free man can do this.

Despite the fact that Tokash Berdiyarov got to literature later than his contemporaries, the first collection of poems "Shalkytenіz" (Raging Sea) came out in 1952. The same year Kasim Amanzholov wrote the collection "Zhastykzhyry" (Song of Youth), in which together with the works of 23 poets, Tokash poems were entered.

Tokash Berdiyarov was honored by very selective literary society and appreciated the sophisticated readers. The novelty of his works in 1952, praised the great teacher Mukhtar Auezov.

Critic Taken Alimkulov in his book "Mysterious Man" wrote: "Researches in the writing of poems in unusual manner traced some followers of Abai: Sirbay Maulenov, Mukagali Makatayev, Tokash Berdiyarov. The new forms are not far from the nature of the native poetry".

About Tokash poetry in his book of memoirs "Iіrіm" mentioned Kadir Mirza Ali: "In 1961, the poet and partisan Zhumagali Sain came to the chief editor of the newspaper "Kazakh adebietі"(Kazakh literature). Getting a new job, he gathered all employees.

-Who are you? - Zhumeken asked someone.

- I do not know the writer or poet of the same name! Starting tomorrow, you're free! You can write an application! - He says.

-And who are you?

- I do not know such a writer, a poet! And you're free! Write a statement!

The meeting ended. It turned out that of the entire apparatus Zhumeken knew and loved only Tokash Berdiyarov. After some time Zhumagali Sain died. You should have seen how Tokash cried!

His life ended sadly. Biographer of his life Abdisattar Alipuly writes: "In one of the holiday homes poet slipped and fell, hitting his crown of." On July 29, 1988 suddenly passed away poet, a veteran of World War II, an extraordinary man Tokash Berdiyarov.