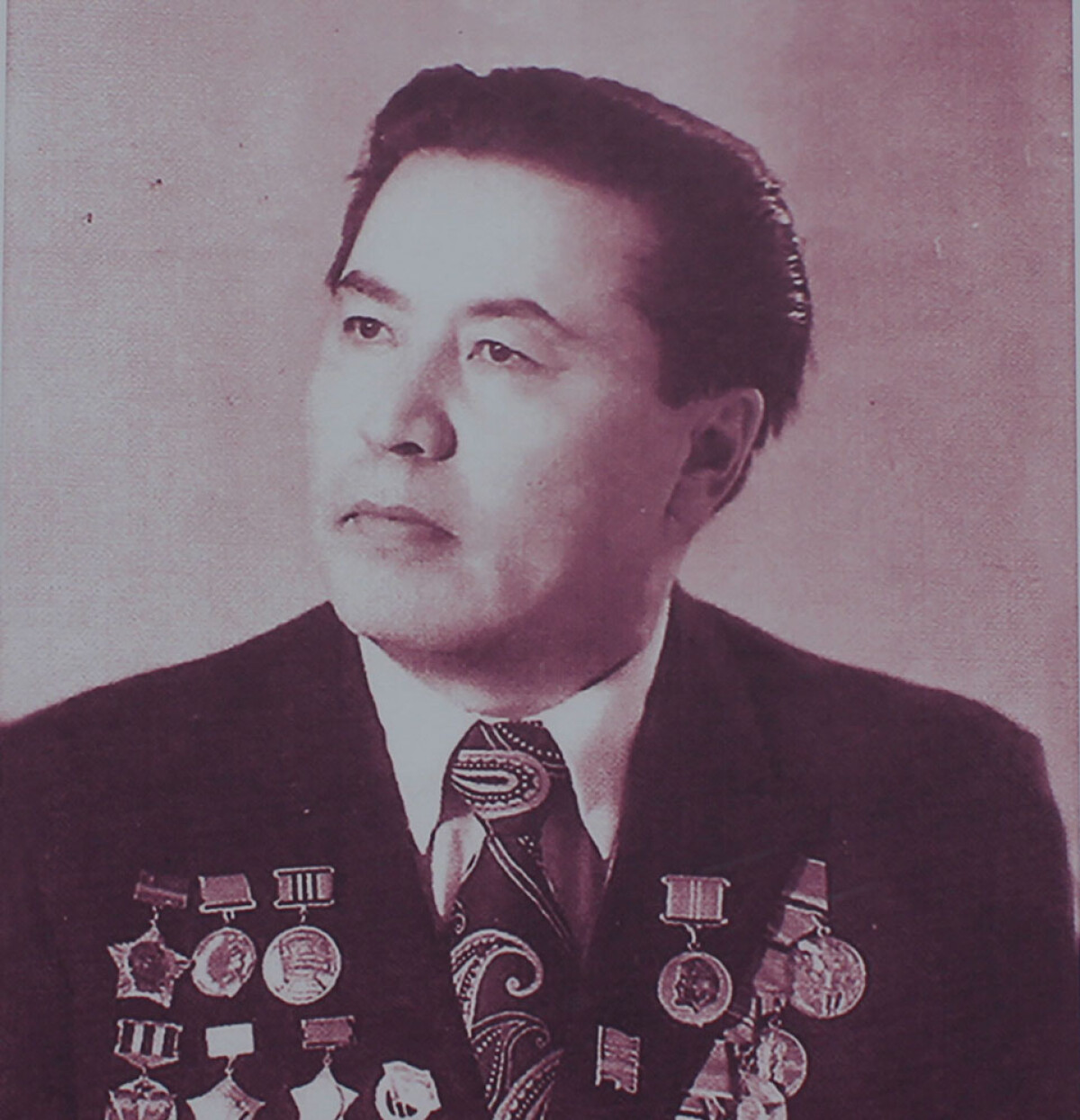 XX century in Kazakhstan - a time of severe trials of the Kazakh people: massive political repressions, famine that killed almost half the population, ideological terror against the individual, nuclear tests at the Semipalatinsk, the environmental tragedy of the Aral Sea. To become once again aware of the poisonous influence of totalitarianism on the fate of the Kazakh people we have to turn to archival documents that contain a lot of information, facts proving the crimes of the Soviet government against its own people.

The time of massive repressions had an impact on all families of Soviet society. The family of Rakhymzhan Koshkarbayev, that survived the horrors of the 30s of the twentieth century, having lost their breadwinner, was not an exception. Rakhymzhan Koshkarbaev was born October 19, 1924 in Telman kolkhoz of Tselinograd region in Tselinograd oblast in the family of Koshkarbai Musin. He was raised in Tai-Tyubin orphanage in Tselinograd oblast. His father Koshkarbai Musin in 1937 became one of the many repressed of the time. This fact had an impact on his son’s fate, which in the Great Patriotic War years showed heroism, courage, valor on the battlefield against the fascist invaders.

In 1942 Rakhymzhan was drafted into the army. After graduating from infantry school in Frunze he was appointed commander of the platoon 647th of rifle regiment at the 1st Belorussian Front. His finest hour came during the storming of Berlin and the Reichstag. In unparalleled battle R.Koshkarbaev and soldier G.Bulatov were the first who hoisted the flag of the assault into the wall of the Reichstag building. After the war he worked at the Soviet farm labor in Akmola oblast, in the apparatus of the Ministry of Public Utilities of the Kazakh SSR. In 1967 he was appointed director of the "Almaty" hotel, which he led for nearly 20 years.

In 1980 he was awarded the title of honorary citizen of Tselinograd. One of the shipyard brigades in Berlin was named after Koshkarbayev. Koshkarbaev - author of several books of military memoirs "Jenis zhalauy" - A.-A., 1978; "Storm" - A.-A., 1983 and others. "Kazakhfilm" producing studio made a documentary "Soldier of Victory" (dir. A. Alpiev) about the combat path of R.Koshkarbayev. He was awarded the Order of Patriotic War I degree, Order of the Red Banner Military and many other orders and medals of the USSR. In 1988, the famous son of the people died in Almaty. 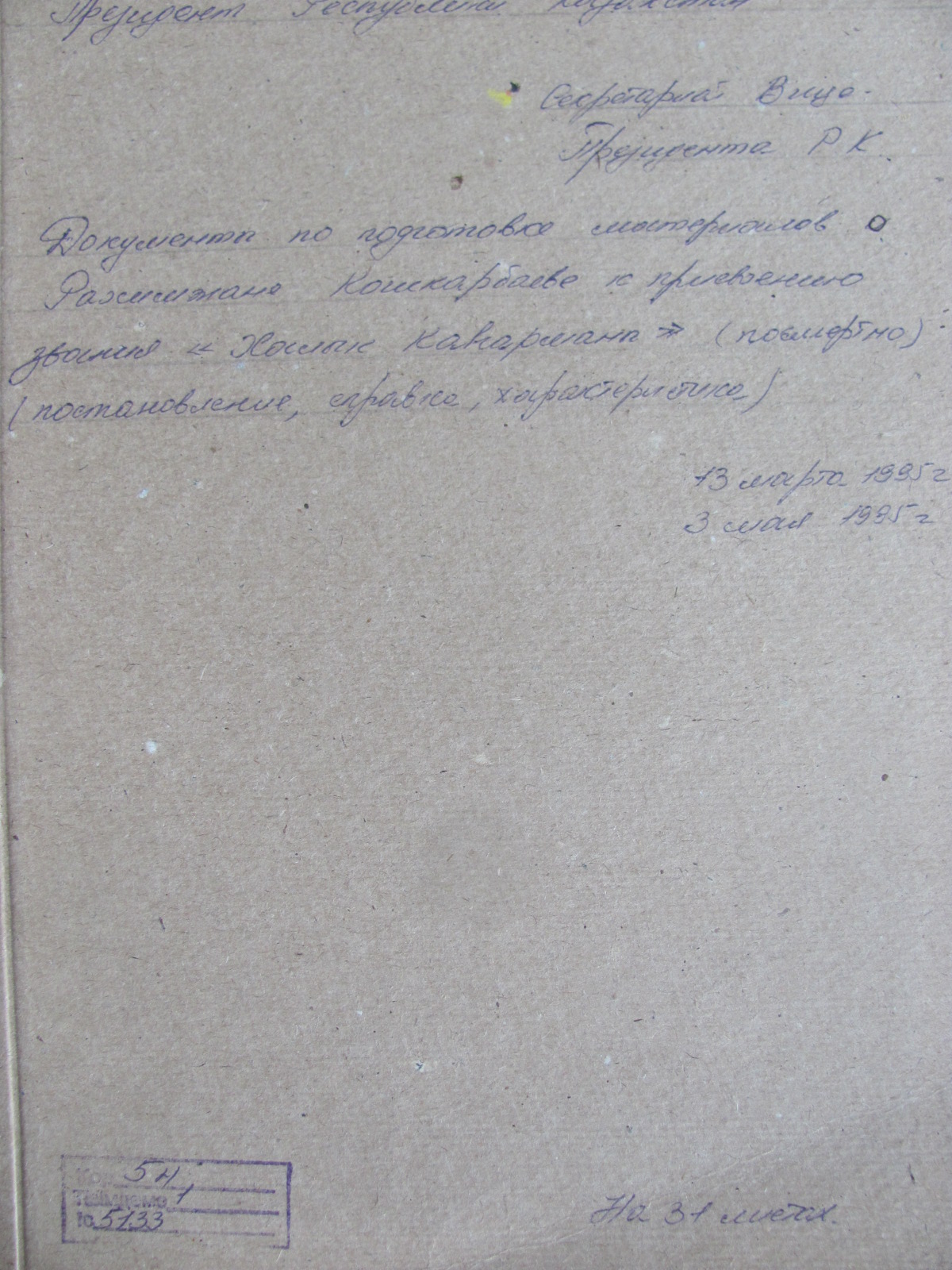 The archives will shed light on the reason why the famous son of the Kazakh people Rakhymzhan Koshkarbaev had not receive recognition of his heroism from the Soviet Government during the Great Patriotic War. The prosecution in 1937 of his father – Koshkarbai Musin, illiterate kolkhoz worker, as evidenced by the documents of the Republic of Kazakhstan President’s Archives (F. 5N, op.1, d 5133) prevented him from it. Later, Musin was fully acquitted. Illegal and unjustified name "enemy of the people", was removed in the 60s. But the Soviet government ignored the request of the first Secretary of the CPC Central Committee D.A. Kunaev to give Koshkarbayev the title “Hero of the Soviet Union” in April 1965. Despite numerous letters of appeal, the petition requesting to restore justice and to assign the title “Hero of the Soviet Union” to the outstanding son of the Kazakh people Rahymzhan Koshkarbayev for his heroic feats committed in the Great Patriotic War failed. The truth in respect of the hero, as you know, in the Soviet times was not triumphed. The totalitarian system which he protected at the expense of his life - the son of "enemy of the people", could not appreciate his feat.

It is only with the Independence of Kazakhstan they paid tribute to Rahymzhan Koshkarbayev who committed an unprecedented feat in the battle against fascism which threatened all humanity.

In November 1993, the Chairman of the Presidium of the Almaty City Veterans Council Sergazin addressed to the Head of the Almaty city administration Z.Nurkadilov requested to apply to the President of the Republic of Kazakhstan on awarding R.Koshkarbayev the title "Halyk Kaharmany". The letter contained 23 sheets certificate, supporting the fact about his feat commited on 30 April 1945 in the assault and hoisting at the main entrance of the Reichstag red flag. 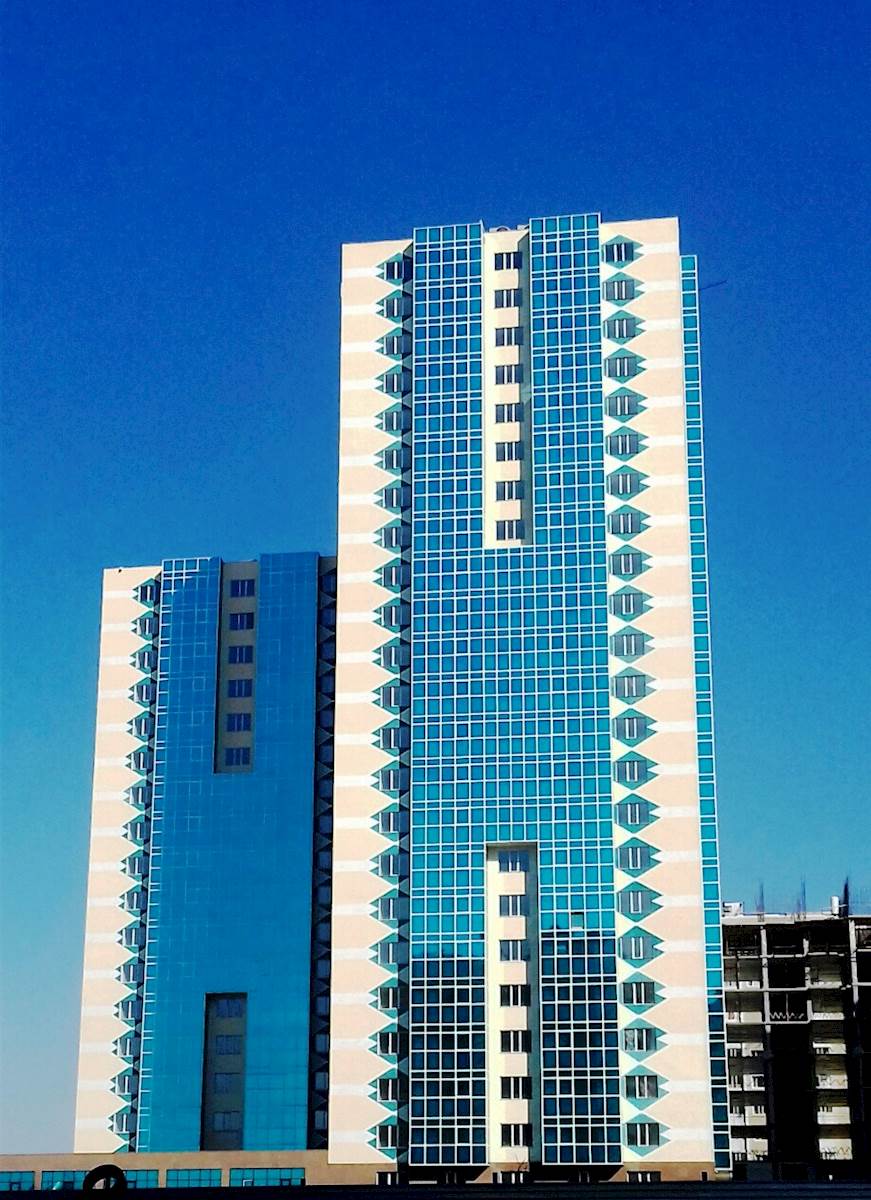 Beautiful buildings decorate the street named after Koshkarbayev in the capital.

Name of Rakhymzhan Koshkarbayev is immortalized in the streets of Astana and settlements in Akmola oblast. On the same street in Astana a monument to the hero is opened. But the story of our hero needs a worthy research. It can be done with the help of archive files, in particular, with the materials of the State archive of Astana city, from which our hero was.