Home News History in 5 minutes The Legend about Ergune-kun 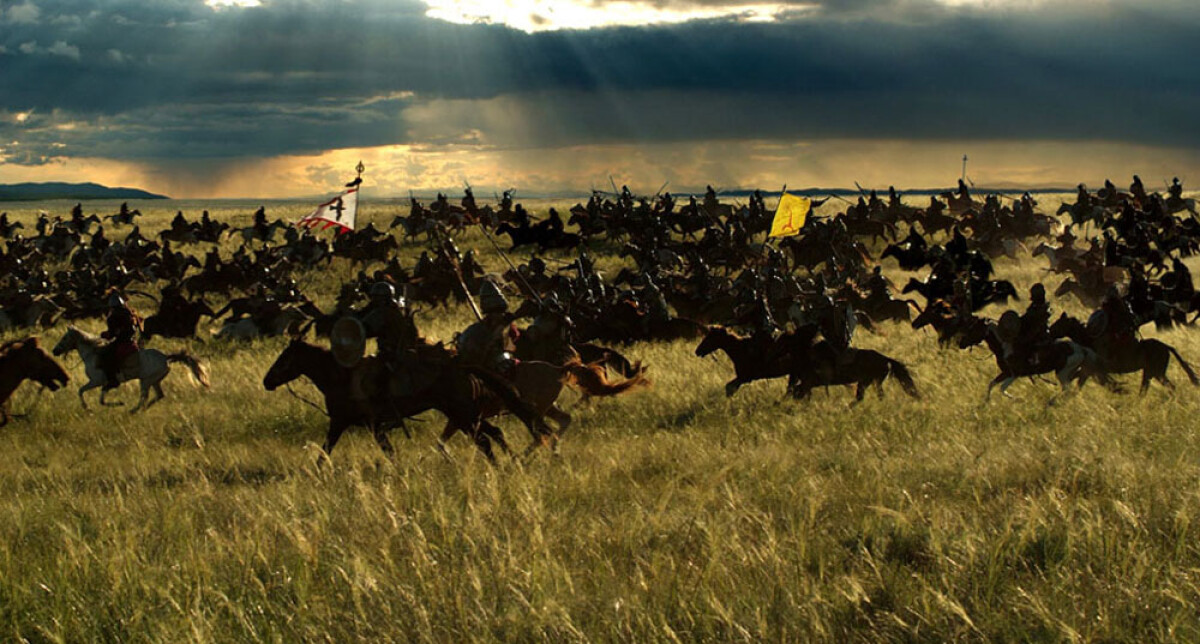 The legend about Ergune-kun is the kind of reflection of reals event from the early history of the Mongols.

The hypothesis about location of Ergune-kun at the junction of the Mangu and the Argun confirms the etymological analysis of words ‘kiyat’ and ‘kiyan’ associated with legend about Ergune-Kun.

The representatives of Tore became the founders of the Kazakh state. The upper class was represented by sultans in the Kazakh society, i.e. the descendants of Genghis Khan – Genghisids, who were the most influential power in the Kazakh society. The debates about Genghis Khan’s origin are still continuing. According to one of the versions, he takes origin from Kiyat tribe, which subgenus is included in Middle zhuz of the Kazakhs. The words ‘kiyat’ and ‘kiyan’ should be interpreted due to analogy in the legend about Ergune-kun with the name Nukuz, which was the ethnonym, kiyan and derivative word kiyat are ethnic names too.

A Mongolian scholar G.Suhbaatar shared the opinion that the legend about Ergune-kun was a retelling of Xianbei legend from ‘Wei Shu’. Here is the text of the legend from Chinese course (translated by V.S.Taskin) in order to understand how accurate the point of view was:

‘The leader of Xianbei Tuying resettled (from North-West Manchuria, as researchers suggest) to the big lake on the south after 67 generations from the legendary progenitor Huang Ti and 4 generations from the ruler Mao. He intended to go further to the south due to the lack of sunny days and marshy soil, but he died. It took a long time before the Tuying’s idea was realized by Zifeng. At first, Zifeng wanted to give up on realization of ancestors’ will in the midst of high mountains, which crossing was associated with ‘nine difficulties and eight obstacles’. However, an unusual animal that looked like a horse, but mooing like a cow appeared there and led him away. After a few years, Zifeng crossed the mountains and settled in the former lands of the Huns’.

Some details of this legend were suddenly found by G.Suhbaatar in the statement, that were not in ‘Wei Shu’. The excerpt from his translation:

‘In the fifth generation after Mao, their ancestors (Xianbei people) moved to the dark marshland with the large lake. They were forced to move to the south, to the old Hun territory with the help of ‘zuan yang’, i.e. ‘examine and dig’ (mountain) under the rulers Tuying (Xuan Huang Ti) and Lin (Xiang Huang Ti) due to impropriety (crowded) territory in order to form capital.

The characters zuan and yang have only one meaning – ‘to consider, cogitate, think’ in the context of described legend about xianbei. That is, Zifeng was just thinking how to cross mountains on the way of the Xianbeis, he did not intend to take any physical actions, while another meaning of these characters is ‘to dig, push and drill’ – refers to taking such actions, it does not relate to the content of the legend and G.Suhbaatar focuses on it. G.Suhbaatar knew that and it is no coincidence that he put the words ‘crowded’ and ‘mountain’ into brackets, however, it was mentioned about digging the mountain by Zifeng in his other works. There is not such information in ‘Wei Shu’, so G.Suhbaatar’s conclusion regarding the Xianbei’s legend about resettlement of their ancestors and the Mongol legend about Ergune-kun are the variants of the same folkloric writing is baseless.

The importance of Ergune-kun period in the history of the Mongols was in the fact that a group from Darlekin tribe started to form, it appeared to be the ethnic basis current Mongolian people. The base of that group was Chino tribe (‘Nukuz’ in the ‘Chronicle Collection’) and new tribes formed from it, where uryanhat and hungirat are often mentioned. The name Mongol occurred along with them in Ergune-kun. Its etymology clearly confirms the proposed date of departure of Mongol ancestors to Ergune-kun and it indicates with data from other sources, on which side of the Argun this area was located.