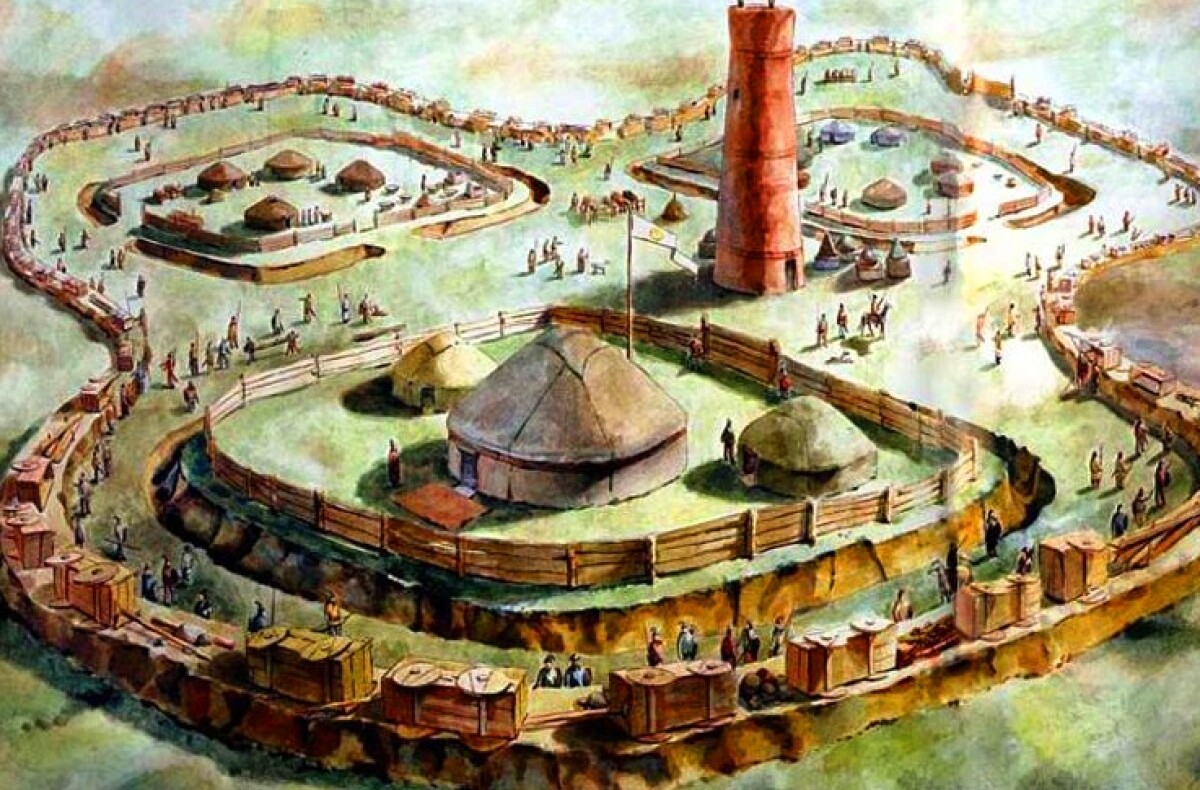 The present capital of Kazakhstan did not arise on the empty place, but on the territory inhabited people in ancient times.

People of the Bronze Age did not live in isolation. They kept in touch with all culture-bearers. Their relation to the world, world view, customs and rituals are reflected in clothing, burials, and ornaments on the vessels.

Since 1997, the famous archaeologist Kemal Akishev conducted extensive research along the tributaries of the Nura and the Ishim. The result of K. Akishev’s long-term search in 1998 was the discovery of the ancient settlement near Astana. The ruins of the ancient settlement were actually found on the eastern shore of lake Buzukty, in five kilometers from the modern capital. 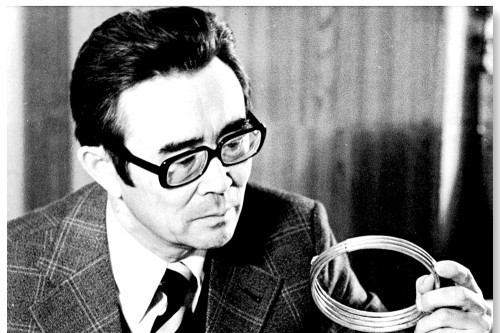 In XI-XIII centuries, the Kipchaks who brought many innovations to the world culture founded a number of cities around modern Astana. The medieval town Bozok, located at the crossroads of trade routes, and the city Bytygay on the river Nura were among them.

Bozok is a unique medieval city by its structure. It consists of three parts. The blocks, enclosed by a ditch and rampart are located in the central part. Residential and industrial buildings are located in the northern part, and a necropolis was situated in the southern part of the city. 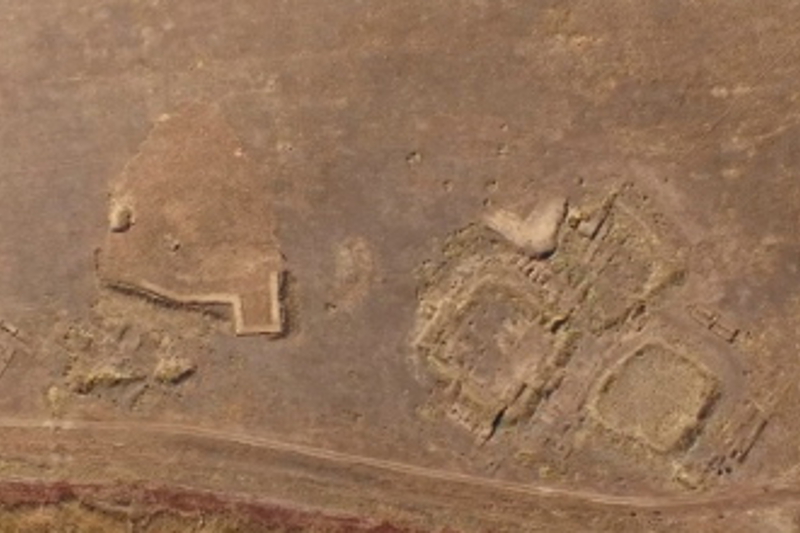 The most unexpected archaeological finds were the fragments of irrigation facilities. The irrigation system, irrigation ditches built by the inhabitants of the medieval town were discovered as well.

It was believed until recent times in science, that the nomads had no fixed-site habitat, and continually moved across the steppe, the discovery of the medieval town Bozok with well-developed irrigation system had great importance. There were cities and settlements in the period of entering the Kipchaks to the political arena in the Middle Ages.

The settlement Bozok, or as it was initially called Buzok (Buzuk), had survived till today only due to the fact that it is located among the marshes of the left bank valley of the Yesil River.

Initially, Kemal Akishev wanted to name the settlement Ak Zhol - bright path. Later, he found the toponym Buzukty in written sources on the history of the Turks-Oghuz that preserved in the name of the lake, he renamed his creation in Buzuk. In the process of discussing the meaning, put to the area’s name, the President of Kazakhstan N.A.Nazarbayev and K. Akishev came to conclusion that the name Bozok — light arrow will be preferably acceptable name for an archaeological phenomenon. 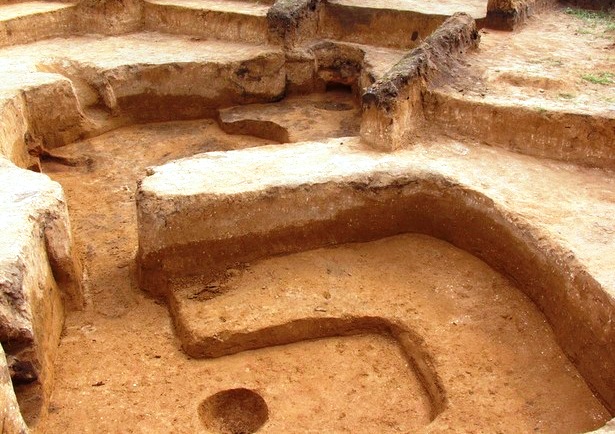 Bozok is the Turkic-Oghuz term, the name of eastern part of the administrative structure of the ancient Turkic states. The Turkic-Oguz term "Buzuk" can mean penetrating, destructive arrow "Buz ok" by the semantic content, if you change the syllable "boz ok", then you get - light arrow. It is more appropriate to say "boz ok" in ancient Turkic reading. So, the settlement on the banks of the Yesil River was given the name "Bozok".

Active study of medieval urban culture of Central Kazakhstan confirmed that Kazakhstan was a country of both nomadic civilization and country towns as well.

The city's central location in the center of the eastern part of the Eurasian space was an important geostrategic factor, because trade, immigration, diplomatic routes of Eurasian population intercrossed there. It is no coincidence that the choice of our ancestors’ habitat coincided with the President's choice.

The monument structurally consists of several parts, covering a whole area of about 40 hectares. The central city-forming ones are three sites with sizes, on average, 35x35 m, called "blocks" by us. Each of them is surrounded by a rampart and inner ditch. There is the sacred center of the settlement inside the three-part composition, where the foundations of two brick tombs, one minaret, brick-roasting furnace and 11 funerary structures are open.

There are three historical period in the history of Bozok.

The first period is VIII-IX centuries, the Early Middle Ages. The central part of the monument, consisting of three blocks regards to this period. Saryarka became the native land for the Kipchaks and Bozok was one of the first Kipchaks’ headquarters on the development path of Eurasian space.

The second period is X-XII centuries, a period of strengthening Kipchak khanate. During this period, houses of mud bricks, first mausoleums and minaret were built. The inhabitants laid the gardens and crops around the settlement, developing an elaborate system of irrigation facilities.

The third period is XIII-XIV centuries, the era of the Golden Horde. Bozok acquired the status of a cult center and place of burial for the elite. Burning-in ovens were opened near the mausoleums.

Thus, after the place was abandoned by its first inhabitants, the territory of the military headquarters was the sacred cult center of the region during many subsequent centuries. Apart from residential and industrial structures, mausoleums, mazars, funerary fences of mud brick were opened there. The soil burials of the Golden Horde period (XIII-XIV centuries) were excavated. The most recent burials may belong to the XVII-XVIII centuries. The ruins of the Kazakh wintering of ХVIII-ХIХ centuries are located on the southern edge of the archaeological monument.

Bozok has a unique value for the capital of Kazakhstan. The emergence of the military headquarters more than a thousand years ago on the site of modern Astana confirms its ancient origins. In addition, the settlement Bozok was the spiritual center of the medieval population of the region, judging by the cluster of mausoleums on its territory.

Bozok was the center of administrative power, crafts and trade cluster, including international, as it is located at the intersection of different branches of the Silk Road.

Thus, starting from the ancient period, this region was an important economic center. At the same time it was the residence of Bozok steppe rulers — the ancestor of modern Astana.