Home News History in 5 minutes Comrades-in-arms: from the memories of general

Comrades-in-arms: from the memories of general 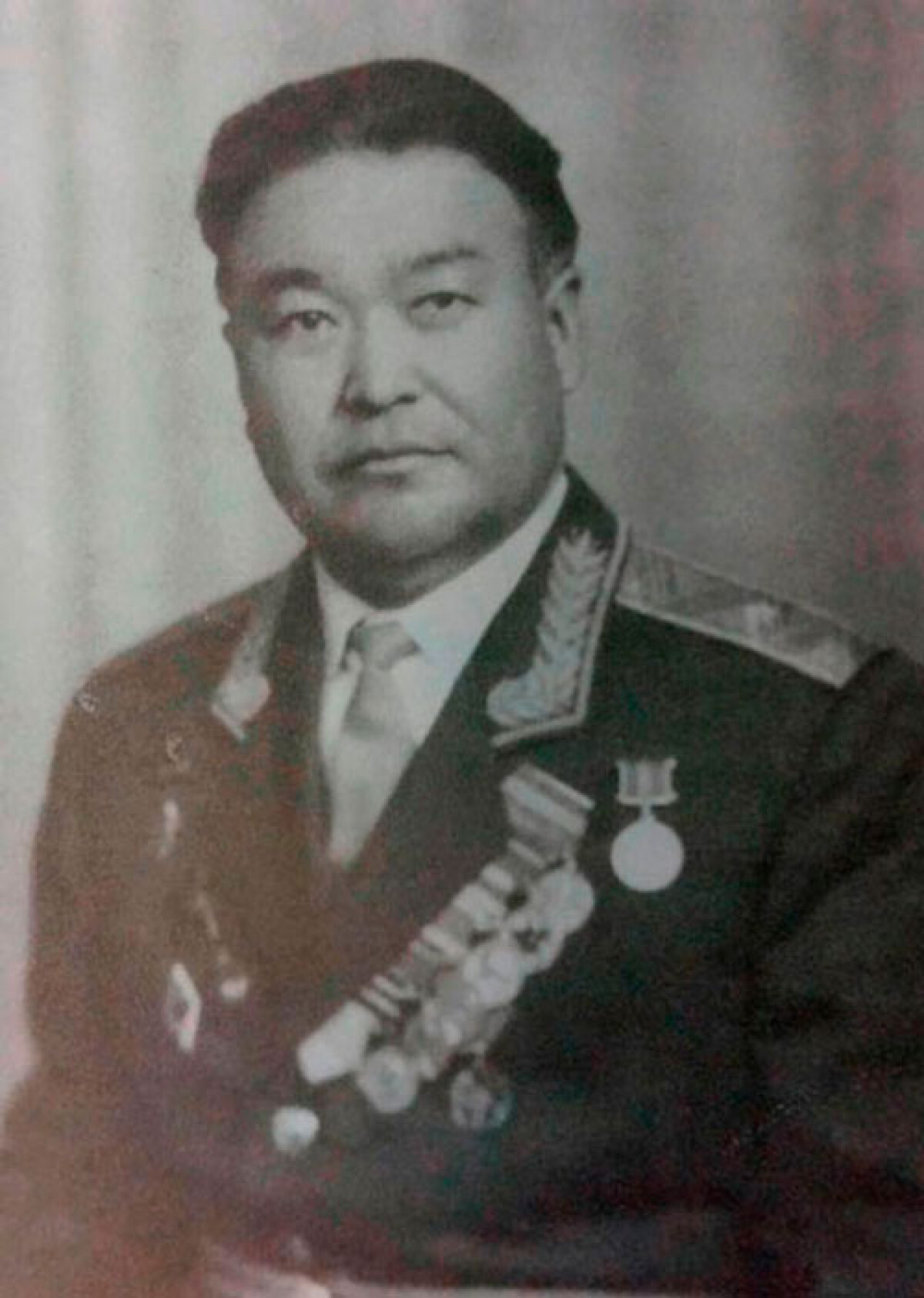 Looking through remaining documents and photos, I often remember my colleagues who passed restless, sometimes dangerous path with sleepless nights together with me, in extreme situations in the fight against crime, protecting public order. They were distinguished by their intelligence, professionalism and organizational talent, however, they were united by excellent human qualities — loyalty and devotion to the oath, honesty, self-neglect, objectivity, fairness and earned deep respect from colleagues and those, whom they had to meet during their work. They had to show strong-willed qualities that allowed to make decisions in complex conditions.

The life of everyone, devotion to Motherland is worthy of a separate narration.

I met General Tursunkul Utegenov for the first time in 1943 while working at the court, when he came as the head of Ilyichev district office of Ministry of Internal Affairs. More than thirty years of joint service made us closer so everyone thought that we were brothers. A handsome tall man with curly hair was respected by people. If other people worked hard and did not deserve authority, but Turseken was born with authority,- I emphasized.

Many people remember kindly about him in Almaty, Zhambyl, Guryev, Semipalatinsk and in Shymkent, where he was born and more than 9 years he headed regional and local Department of Internal Affairs.

I often sat having a conversation with Turseken at dastarkhan of hospitable Kultay-zhenge. One day I asked:

-Tureke, did you read my article published in our Moscow special newsletter?

-Oh, my God, now we have to read Kulakhmet?

I still do not forget his humor. Turseken died at the age of 73. Destiny wanted me to organize his funeral.

Zakhary Platonovich Gaponov commanded a partisan detachment in Belarus. He was called «Batya» even in Ministry of Internal Affairs of Aktyubinsk region, where he headed administration. Samat Bakirov is a modest worker, a participant of Great Patriotic War worked as deputy head for twenty years in Kostanay Region and then as Head of the Department.

General Kairat Duisembin put a lot of effort to give the camp Bakirov’s name and increased his fame.

Zhanysbek Kusmangaliyev who was respected for his humanity, attitude towards others remained in the memory of all, who knew him as an intellectual and a person of high culture. I jokingly said: «Zhaken is the only artist, who made his way in life», meaning his work in the past at drama theatre. He took it with a smile, although I was younger for 15 years, therefore I had no moral right for breadth with the senior.

General Kusmangaliyev ended his career as head of Almaty City Department, he never bowed his head and solved all problems of the city himself.

Makhmet Duisenov was a good natured person of the older generation, I felt a sincere sense of respect for him, and he was deliberate in conversation and actions. Makhmet and his wife decided to visit Gagra for a few days before vacation in Kislovodsk and there he died of a heart attack. I was ot allowed to go to the funeral and I still regret about it.

A good memory as a decent, honest and true internationalist left in the country about General Nikolai Nesterovich Lyubykh. The police chief of North Kazakhstan region Zaiken Agibayev, whom I knew from studies at Moscow Higher School was appointed as Deputy Head of the Department. After Agibayev’s death, he was appointed as police chief, Nikolai Nesterovich did not lose constant touch with Zaiken’s family, even when they moved to the capital he gave moral support.

Nikolai Nesterovich demonstrated high moral qualities when he along with Shrakbek Kabylbayev was prosecuted for Temirtau events. He was brave in the court and did not think to shuffle off the blame on someone else, as sometimes happen in such cases.

N.N.Lyubykh retired as a police chief of Voronezh region. I realized his departure from Kazakhstan with sadness, because we needed such people in Ministry. I met Faizyn Kipchakbayev by accident. In 1954, Almaty City Committee delivered into charge to check complaints to the Head of the division Duisenov. A few days of joint work allowed knowing modest and even overly cautious employee of MIA and I worked at Department of Corrections of Ministry of Justice at that time. After secondary reorganization of Ministry of Internal Affairs, he was in Kostanai.

Once Faizyn came to me and asked for help to transfer to homeland. He was appointed as a head of anti-corruption squad of Administration of Ministry of Internal Affairs of Zhambyl Region. He was an honest man, a soldier, who became a head of administration after a few years and retired in the rank of Major-General of the police. I could not accept the news about his death. Later we visited the Kipchakbayevs with my wife Kumishzhan and expressed condolences to his wife Zafira and his children. Zafira told us, closest family friends, about the heavy loss and related troubles, however, as she said, mocking attitude of his deputy was no less tragedy. It was impossible to hear her without shudder, I could not understand psychology of the man who raised to a general’s star. I was worried by a question: if you have knock in on him, but what has that to do it with family?

To put it mildly, revenge is immoral and it is immoral to take vengeance on children or other relatives, even if he had «sins». We forgive all sins to the departed in human morality and the Lord will decide himself.

I remember a wise old man Kaipnazar Aitpenov, who told me one tragicomic story. He had a friend Boribek, worker at butter plant in the town Ilyich. Once the plat director noticed one horse and said: «Boke, if you feed this horse well we will have good sogym».

«A man is the king in his house», Boribek thought and complied with director’s wish. But when he started conversation about money, director put off with a jest.

«Boke, we can eat horse meat, but we have no idea about money».

Boribek turned for advice to Kaipnazar, who worked in the police at that time. When he called to director, he asked not to meddle in matters that does not concern him. Boribek died without waiting for a response from the debtors.

The director did not listen to his wife and said that Boribek was in debt for state-owned horse and they had to pay for it. Flattened by grief and mockery of the director, Boribek’s wife came to her husband’s grave sobbing loudly and blaming husband for such a person whom he considered a friend.

Then she turned to Aitpenov for advice. Probably, Boribek was troubled because of his desperate wife’s voice. Next time, Boribek’s wife saw a covered paper from her husband’s grave — a letter to director, written in verse from afterworld. She came to director with the letter and he begged her not to show it and never release it to the public in any case. Thus, wise Kaipnazar put an end to the cause which lasted several months.