Home News History in 5 minutes Holodomor in Kazakhstan. New terrible facts were found in the archives

Holodomor in Kazakhstan. New terrible facts were found in the archives 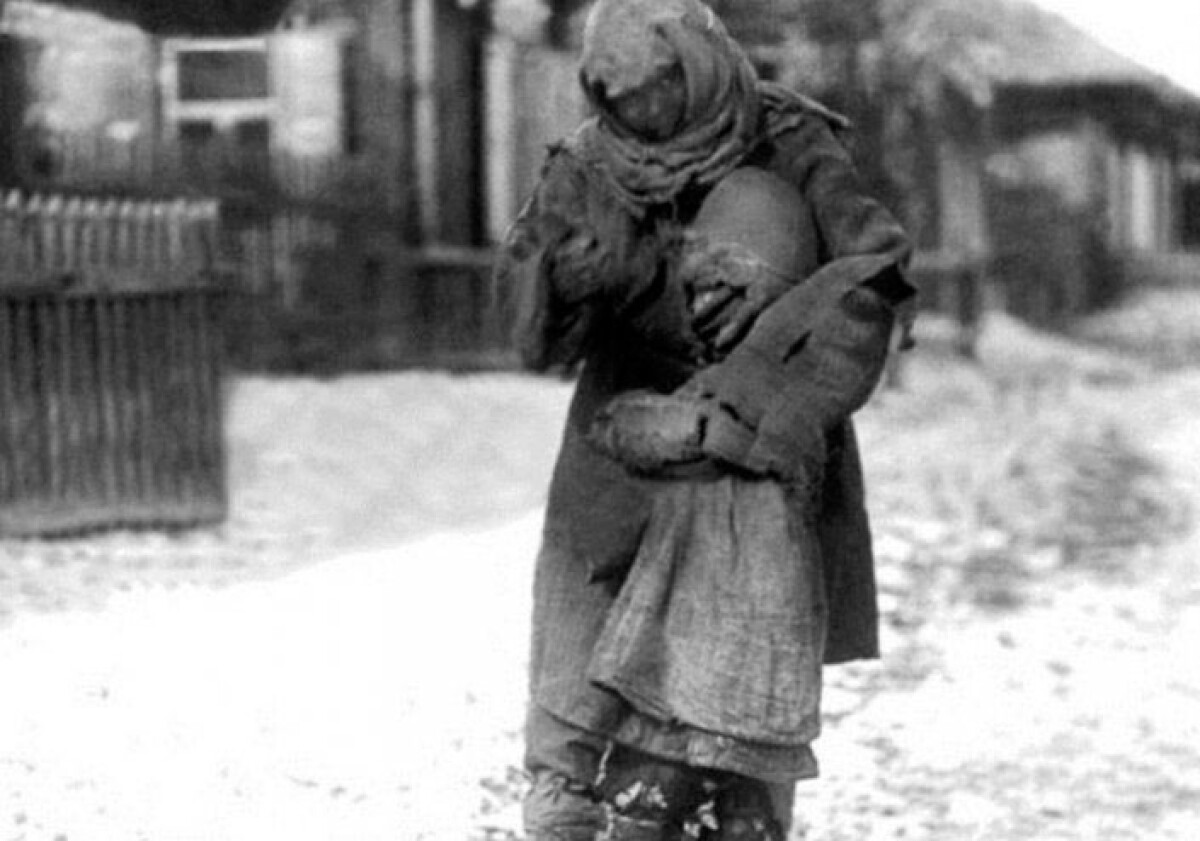 In Semey earlier unpublished documents from Kazakhstan and Russian archives became available.
Business trips to the archives of Kazakhstan and Russia allowed to Semey archivists to have a look at the history in details. One of their collections was dedicated to the holodomor in Kazakhstan — «History of the greatest tragedy of Kazakh people in 1932-1933 years». The Director of the Center of documentation of the newest history of Eastern-Kazakhstan region Gulnara Kasymova brought the shocking extracts from the documents testifying the common condition of people, which was to the desperation because of the massive hunger. The documents to that were found in Novosibirsk State Archive.

«More than usual in this collection a wicked history of a woman-Kazakh surprised, during the mass resettlement of people she found herself on the railway in Novosibirsk. Brought to desperation because of hunger she left her two young children to die in freezing temperatures. It was 1932. People-refugees were not welcome everywhere. She was asked: why did you leave your children? She replied, If children die slowly, from hunger, then it is better us to die right away», -told Kasymova.

The left Kazakh people met death right in yurts. In documents the awful facts of cannibalism of those times are fixed. The shocking stories are more evident than any numbers and statistics depict reality of the 80th antiquity. «Either a person, or something unclear flew away from the yurt and went away to steppe. When they entered the yurt, they saw the human bones and the way the human was being cooked, how they were eating remnants till the end were seen. It was just extremely awful tragedy. There is a number of facts when in the hospital of Semey the dead children were laid in raw. And there are a lot of eye-witnesses of that time who remember that in the city at that time they went around in the mornings and picked the corpses of people who died from hunger», added Kasymova, reading the extracts from documents. 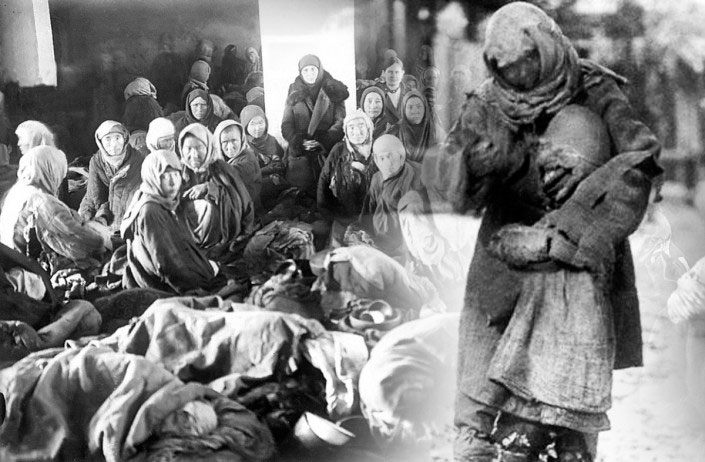 «The theme of Holodomor was not being mentioned since long, and Russian scientists refused to recognize it by decreasing the statistic of the perished and migrated from hunger. And the whole Kazakhstan lost millions of people. This period is now studied deeper. Or task, the business of archivists, — to create the historiographic base, mass of documents for further research of historians», said the Director of the Center of Documentation of the Modern History in Semey.

According to the professor’s opinion, historian Amantay Isin, who actively collaborates with the State Archive of Semey, the work conducted by archivists allows to create the genuine picture of various epochs. «In certain periods of history the accent is always made on the ideological system, which was dominating , for example, we and the Soviet time. It is clear, many processes in our history were kept secret. For instance, hunger, left movements, rebellions in the steppe against the Soviets and many others.

They are given in the documents, and I repeatedly got to know such materials in 1928-1930 yy. These facts were concealed at their time. The situation changed since 90s, when the new trends in the development of history on the basis of earlier not available materials began to appear. Such documents were presented in the collection of Semey archive», said the scientist. According to Amantay Isin’s words, academic materials in history for schoolchildren and students are in high need for review, because they have great discrepancies with real data.

«In the archives a number of facts, which it is impossible to include to any academic materials are kept. It all had to become the material for deep scientific research. Presented series of collections is invaluable, as it reflects all the historical chronology: the period of decline of the statehood of Tsar time, revival of the Soviet statehood, and, at last, formation and development of our statehood», said Isin.

In the collection also the documents from the section «Trade ties of Semipalatinsk Irtysh area of XVIII-XX centuries», reflecting the role of Semipalatinsk. Possessing initially military meaning, while developing it gained the character of the huge trade center. Archive documents reflect the role of city in the development and fortification of economic and political ties not only with Russia and Middle Asia, but also with Western China.

«Among precious documents there are prescriptions, reports, orders of Semipalatinsk military about the organization of trade ties in the region; a list of Asian merchants — Tashkent people, Kokand people, Bukhara people; documents about the institutions of fairies, markets; records on the number of bookshops; documents of merchant incomes from export and import of gods through Semipalatinsk border customs in 1803-1824 years; records of imported Asian goods and so on», Kasymova enumerated.

The separate section is dedicated to the birth and development of main branches of ore mining industry in Eastern Kazakhstan — about gold mines, to whom they belonged, what turnout was.

The section «Resettlement politics of the Tsar government in Eastern Kazakhstan of XVIII-XX centuries» holds the references of the registry of the steppe general-governor about the establishment in Kyrgyz steppe the Russian settlements; information from the journal of special committee on the issue of colonization of Akmola and Semipalatinsk regions by resettlers from European Russia. The section «Opposition» comprises rare documents about Semipalatinsk nuclear polygon: written addresses of residents of the region to Moscow with the request to close the polygon and cease the nuclear tests, summaries of scientists on the harm of radiation for health, life of the residents of Eastern Kazakhstan and ecology of this region.

At the present time the employees of the CDMH work on the issue of the new collection in history of national education in Eastern Kazakhstan, publication of which is planned in 2016.

«It is possible to find very interesting facts about the pre-revolution school in Semey, and the Soviet period — what schools, when they were built, who worked, probably, even reports about the activity of schools and so on and so forth. I obligatory intend to work with them» — said a member of city community of local history «Priitryshye» Lubov’ Kravchenko.

«Not everyone has the possibility to go to St. Petersbourg to get to know the historical documents. Now it is possible to realize in Semey. But we always warn that at the use of this or that document it is always necessary to refer to the archive where the document is saved», — says Kasymova.

Along with that, in honour of the 550th anniversary of the Kazakh khanate in the city the unique collection of documents from federal archives of Russia, Central state archive of Kazakhstan and archive of the President RK is presented.

This collection consists of two lists. Into the first one 508 documents from Kazakhstan archives in the period from 1821 to 1992; the second one — 187 documents from Russian archives in the period from 1791 to 1933. The aim of work done by the staff of the Center of documentation of the newest history of Semey (CDNI) — creation of the whole picture of the historical development of East-Kazakhstan region for the period from XVIII to XX century. Because of that the employees went to the archives of Moscow, St.Petercbourg, Central archive of the Ministry of defence RF, Omsk, Tomsk, Novosibirsk regional archives, center of the storage of the archive fund of Altay region.

Collection consists of 9 thematic sections. Archive documents reflect the methods of administrative-territorial management of East Kazakhstan, beginning with XVIII century and till 1939.

One sample of the unique collection is in the Reading hall of the CDMH, it is also located in the electronic version. The lists will be refilled. In the future the employees of Semey archive to the extent possible want to work with archives of Orenburg, Tashkent, Omsk region, St. Petersbourg.