Home News Traditional life in the steppe: Kazakh signs and beliefs – from cradle to the old age

Traditional life in the steppe: Kazakh signs and beliefs – from cradle to the old age 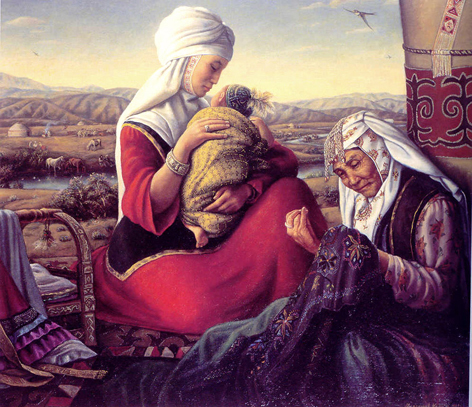 A sign — not strict consistency between two phenomena not necessarily having the scientific basis. Many signs have the superstitious basis and are called superstitions. The signs had existed since ancient times in many cultures and civilizations.

Beliefs— ancient folk fables based on the mystique understandings on the relations between phenomena of the environment and fate of a person.

Historical sources of the Kazakh signs and beliefs 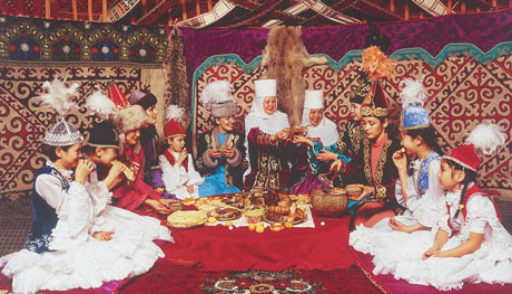 Ch. Ch. valikhanov: “... Kirgizes (Kazakhs) prescribe the certain strength “kie” to certain elements, for example, fire (which was the god), certain animals, birds and various items, useful in their nomadic lifestyleand render them thinking that the realization of honorary rites confirm the wealth and happiness. Kut — this word confines in itself the idea of happiness united with wealth, and non-fulfilment — poverty and any evil.

Items, having such power kie are called kiely, and their punitive power kesr (evil). ”... if an animal has a peculiarity, it is called then aulie and esteemed as the expression of happiness, horses with spots on manes and tails, which make, according to (Kazakhs’) interpretations, evil spirits- shaitans, are esteemed for the item of happiness (kut), such animals are not given to anyone: “happiness will leave” (in footnotes — “Kut ketedi”), if to give it back — then they take so called slekey — saliva. For instance, horses are taken out the patch of a mane, plunge into the animal saliva and put into kalta, that is the pocket“.

G. N. Potanin described that custom in a more detailed way and added the following: “They say that if not to rub the saliva then there will be no cattle”, if they forget to follow that custom then in a day or more they catch up the sold cattle, if bought cattle falls ill and the master who sold it can according to the custom return it to the master himself and say: “You did not rub saliva, it fell ill, take it back”. And that person has to take it back. 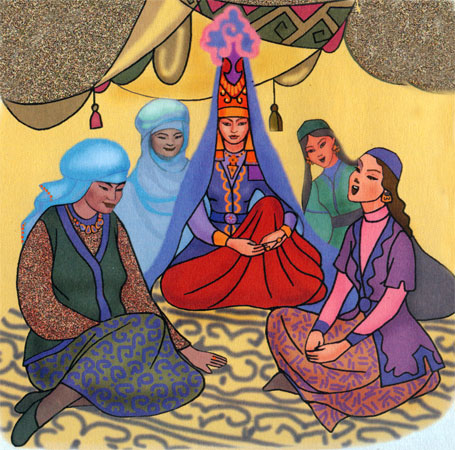 Collecting ethnographic materials on religious views, A. Divaev defines in the life of the Kazakh people the following features of an existing “paganism”.

1. When a young daughter-in-law for the first time enters the house of her father-in-law, they throw into fire pieces of sheep fat;

2. In the spring when the Kirgizes (Kazakhs) from the winter for the first time join the summer houses packed with belongings camels are carried through between two fires, especially grown for that;

3. For the infertility they do not send a wife to her father, but send her to stay for a night to the saint places and burn there a candle or tread out the fire;

4. During 40 days they burned 40 “shyrak” (greasy fuses) to the dead. All of that, undoubtedly, confirm, as Divaev says, the existence in the ancient times of the cult of the worship to the fire of the Kazakhs of pre-Muslim period.

Thus, signs and beliefs which have been since ancient times in the history of the Kazakh people are peculiar reflection of the century-long traditions and experience of people, their morals, ethics of certain percepts, remained by the ancestors to the rising generations.

For children and adults: from cradle to the old age 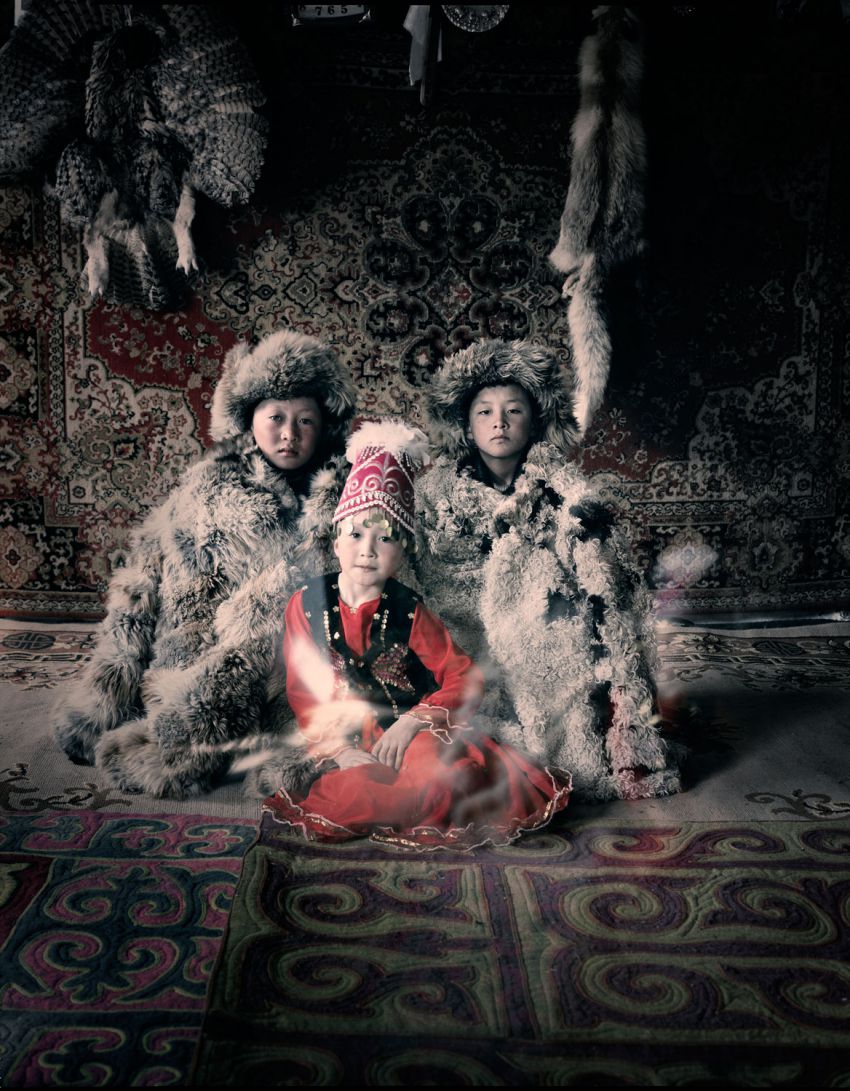 Kazakhs have a tradition not to sell, give back to strangers or throw away a cradle. It was especially given a saint role in the continuation of the tribe. They tried to save and give it from a generation to generation.

A newly born infant before touching the mother’s breast was usually put for a short time to the clean, germless wool of the killed wolf which was equaled to saint animals by Kazakhs. It was supposed that as a result of such a ritual the child was given power and endurance of a wolf.

To make an infant to hold a head in a straight position the following rite was performed: the cervical bone of a sheep which was slaughtered for shildekhana (feast in honour of an infant) was taken, was boiled and cleaned from meat, then through the chondral vents of cervical vertebrae of that bone the stick was passed.

The first cut hair of a child was dug into the ground where people do not go — otherwise, according to belief, the child would be unhappy in life. 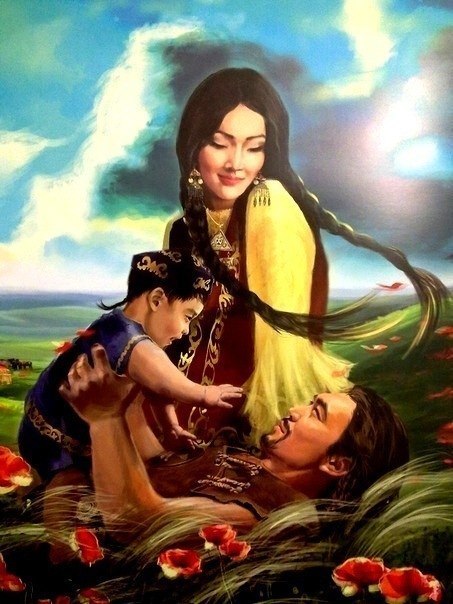 There is also such a belief: if to let a child crawl between the legs of three old ladies — you will defend him from all the life troubles and misfortunes.

If a child, bending, looks at the distance between his legs, — wait for the long-expected guest or a traveler.

According to the ancient belief: if the old man drinks water from the palms of his grandson, such an old man will necessarily go to the paradise.

Great sin — to arrange a laundry on the saint for Muslims day — Friday. Also, on Friday they do not move anywhere.

A woman is not allowed to cross the road before pedestrians or riding men and adults — for her it can become a mischief.

The weapon of batyrs was not used in everyday life and other household needs. It was considered a bad sign.

It is not recommended to throw the clothes on shoulders (over ones’ shoulders, not passing through the arms into sleeves) and go like that — a bad sign. In the future you “can hurt yourself or lose hands”.

Materials on theme
Right for good memory
“Barca” vs “Yarysh”
The fates woven together
KARLAG: STATE IN THE STATE