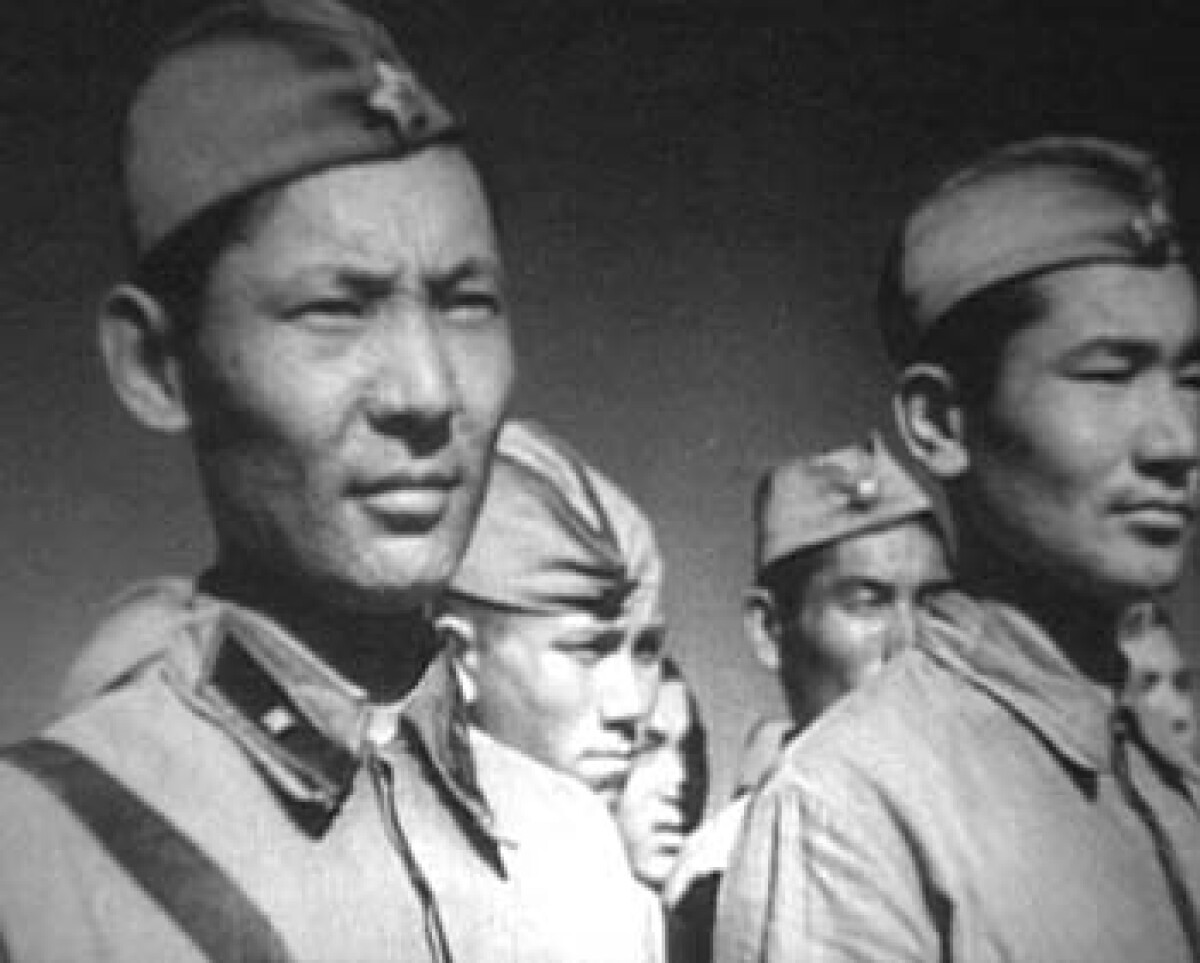 Historical practice shows that sovetization and politization of the ethnic component in the history of people of the post-Soviet space in the years of the Great Patriotic war had the consequences
On the one hand, it led to the politics of interethnic solidarity being reflected in the unification of all the people of the USSR in the struggle against fascism both at the front and in the rear, and on the other hand the Soviet administration realized the politics of deportation of people developing into the coercive resettlement of ethnic groups to the territory of Kazakhstan under the conditions of totalitarian regime set in the 20-30s of the XX century. 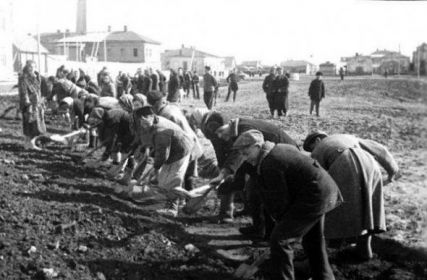 Herewith, it is necessary to note that the ethnic principle in the state building of previous Soviet republics, including Kazakhstan was realized in the strategy of the merger of nation and languages of the USSR people and creation of national, unified ethnic group — Soviet people.

The interethnic solidarity as the inner-group unity of multinational Soviet people in the years of the Great Patriotic War was based on the single Soviet ideology. The ways of the revealing of interethnic solidarity of Kazakhstan as the Soviet Union Republic in 1941-1945 years was revealed in the following ways: external factor — participation of Kazakhstan people at the fronts of the war, internal factor — the role of Kazakhstan people in the rear, also the politics of the deportation of people.

Accumulation of interethnic solidarity in Kazakhstan in the given period is connected with the fact that the territory of Kazakhstan was not grasped by acts of war and was the rear and the powerful arsenal of human resources, where the process of the formation of national and international war subdivisions (infantry, cavalry divisions, brigades, regiments and battalions) for the front. All in all, from Kazakhstan from 1,2 million to 1,8 million people were called up. So, during the years of war in the republic 12 infantry and 4 cavalry divisions, 7 infantry brigades, 50 separate and battalions were formed. Warriors — Kazakhstan people participated in the fights for Brest, at the Far North. In November 1941 the Hitler army started the initiated an attack near Moscow, exactly at that time warriors-Panfilovs performed accomplished a feat and the names of the political instructor A. Pavlov, P. Vihrev, B. Momyshuly became wide-known in the country [Аkylbayeva, 2007, p.215 ]. 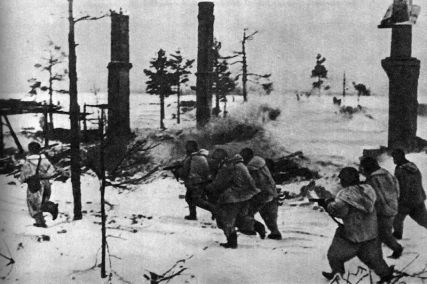 219 infantry regiment, 8 division of Guards and 319 infantry division, three brigades took part in the fights near Leningrad. In 1942 in Stalingrad battle the warriors and officers of the 29th division formed in Akmolinsk, of the 38th infantry, 27 division of Guards, 292 infantr, 81 Dzhambul cavalry division participated. Exactly at that time the pilot N. Abdirov, mortar gunner K. Spatayev and many thousands of soldiers — Kazakhstan people performed their feat. In the fight at the Kursk Bulge in the summer of 1943 which entered the history as the “tank struggle” got the rank of the hero of the Soviet Union captain I. Ilyasov, captain G. Igishev, Zh. Asainov. Actively participated in the acts of war 100 national infantry brigade, in the number of which the future Heroes of the Soviet Union M. Mametova, I. Suleimenov, 101 Kazakh brigade fought [Akylbayeva, 2007, p.216].

Kazakhstan people participated in the guerilla’s movement on the territory of Ukraine, Russia, Belorussia, Baltic states. There were over 3500 people. About 300 Kazakhstan people participated in the movement of Resistance in Europe, and at the final stage of war in the liberation of Ukraine, Belorussia, Moldavia, Norway, Poland. The rank of the Hero of the Soviet Union took more than 497 warriors-Kazakhstan people. The strike pilots T. Begeldinov, I. Pavlov, L. Beda and fighter pilots S. Luganskiy became double Heroes of the Soviet Union [Akylbayeva, 2007, p.216].

During the years of the Great Patriotic War the interethnic solidarity manifested itself in the politics of evacuation of population since the occupied regions of the RSFSR, Belorussia, Ukraine to the territory of Kazakhstan. The common number of arrived evacuated people consisted of over 500 thousand people. All of them were quartered for the shortest time, were provided with work, production cards. The evacuation became one of factors providing the victory of the Soviet people at war, rescued the lives of millions of people, filled with the working force, production powers of economy of the Soviet rear. 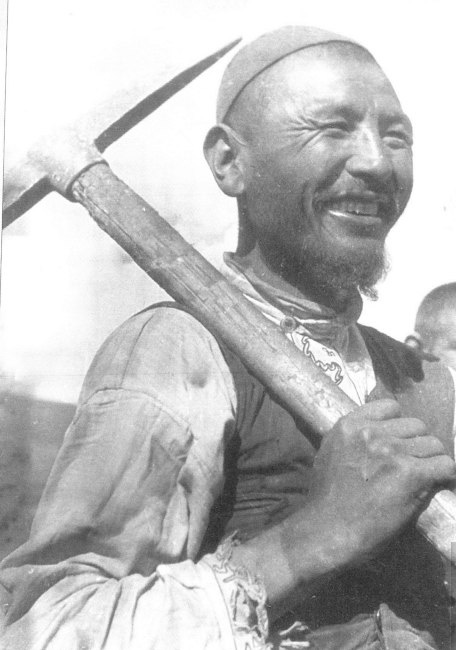 Under the conditions of militarization of economy, labour, application of methods of fortification, that was call with the military state in the rear and terms of delivery of products to the front, the great role played the increase of crops in agriculture, especially in rice-growing, where I. Zhahayev and his teacher, deported Korean Kim Man Sam, sharply increased the harvest of grains, and in millet-growing Ch. Bersiyev.

Tragic page in the strategy of interethnic solidarity is the politics of deportation of people to Kazakhstan during the years of war. The politics of deportation of people was connected, first of all, with the essence of totalitarian regime, set on the territory of the USSR. Official version of the administration of the country on the politics of deportation of people reduced to the necessity of preventive measures on the defense of its boundaries and its clearing of near-border territories from “untrustworthy people”. Another, not less significant cause of degradation which took the mass and violent character was the economic necessity with the application of extensive ways of solution, which concluded in the reclamation of new territories with the use of cheap, coercive labour of repressive ethnical groups. Moreover, the ethnic situation in Kazakhstan was characterized by the demographic losses because of the hunger of 1930-1033, when the number of population of the republic decreased from 5873000 to 2493500 people and the republic needed the human resources. Geopolitically the territory of Kazakhstan was equidistant from western and eastern boundaries of the USSR that conduced to the choice of the place of the exile of the given territory. 38% Germans, 83% Chechens and Ingushes, 59% Koreans, 58% Karachaevts , 55% Balkars, 76% Greeks, 62% Kurds were violently resettled to Kazakhstan.

Deported ethnic groups contributed to the Victory of the USSR in the Great Patriotic war. It is necessary that Kazakhs by themselves deprived by war, tried to provide with products, clothes of deported, settled in their houses, adopted children left without parents. Especially, during the years of the war the ethnic structure of Kazakhstan gained the eventually its polyethnic structure, which successfully imposed on multi-century traditions of tolerant attitude of local people to all the new ethnic groups, according to their will or against it to the people who came to the republic. 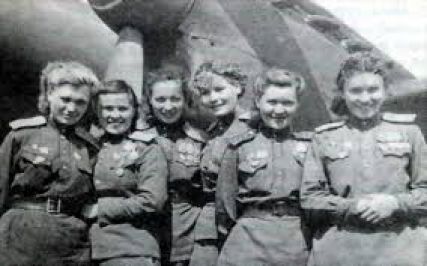 The correspondence of people of eastern districts with the combatants, also the measures on the assistance to the families of warriors care about wounded and invalids, unselfish help of districts of the far rear to the people of the being freed districts.

Thus, notwithstanding the difficult conditions of the war time, when the working day was prolonged for many hours, the system of recreation and constant stress, troubles for the close people at the fronts of war, lack of nourishment, Great Patriotic War for the people of the post-Soviet space is the example of interethnic solidarity, culture of tolerance and peace, to make the political leaders nowhere and never apply military, conquering technologies in the solution of foreign political ambitions.