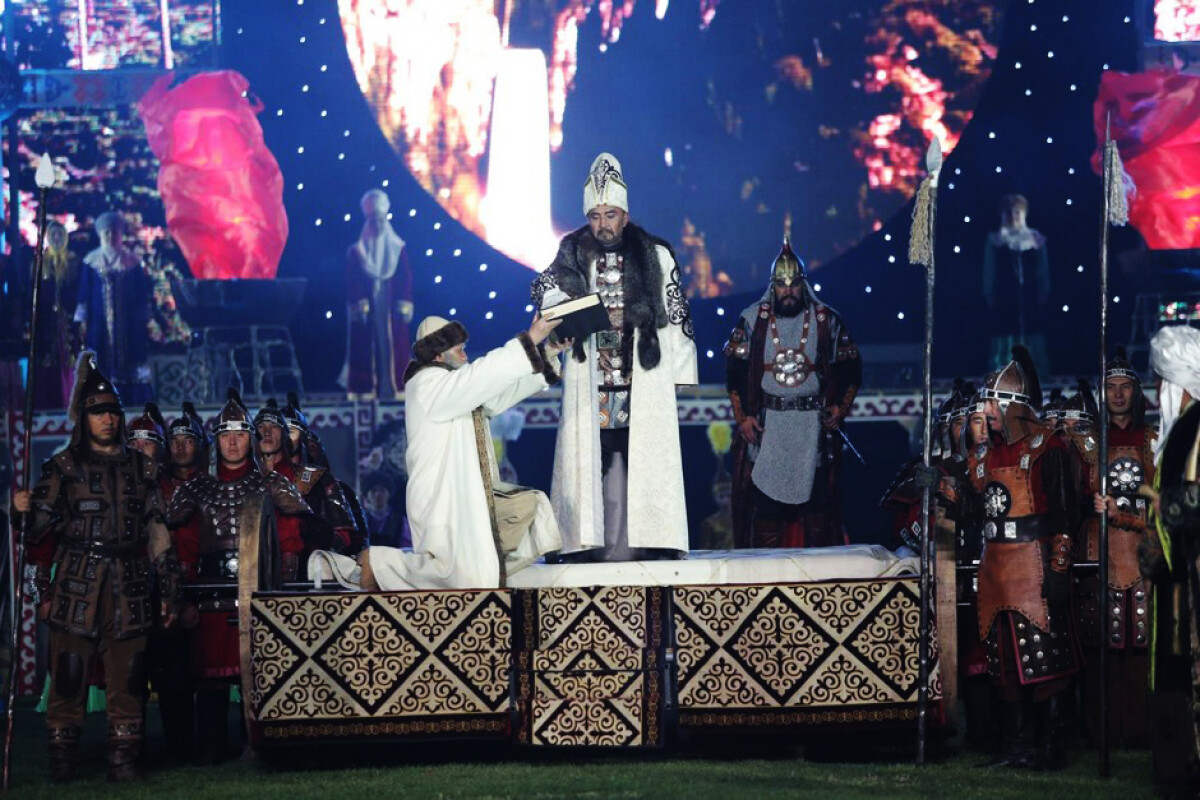 It was the whole hour of the history of Kazakhstan. Then, the local stars continued to present the festive mood to the onlookers. Equally spectacular was the grandiose firework.
Almaty Theatre of Drama named after M. Auezov prepared the large-scale staging dedicated to the 550th anniversary of the Kazakh khanate. The troupe arrived in Taraz to present their great work in the open air. 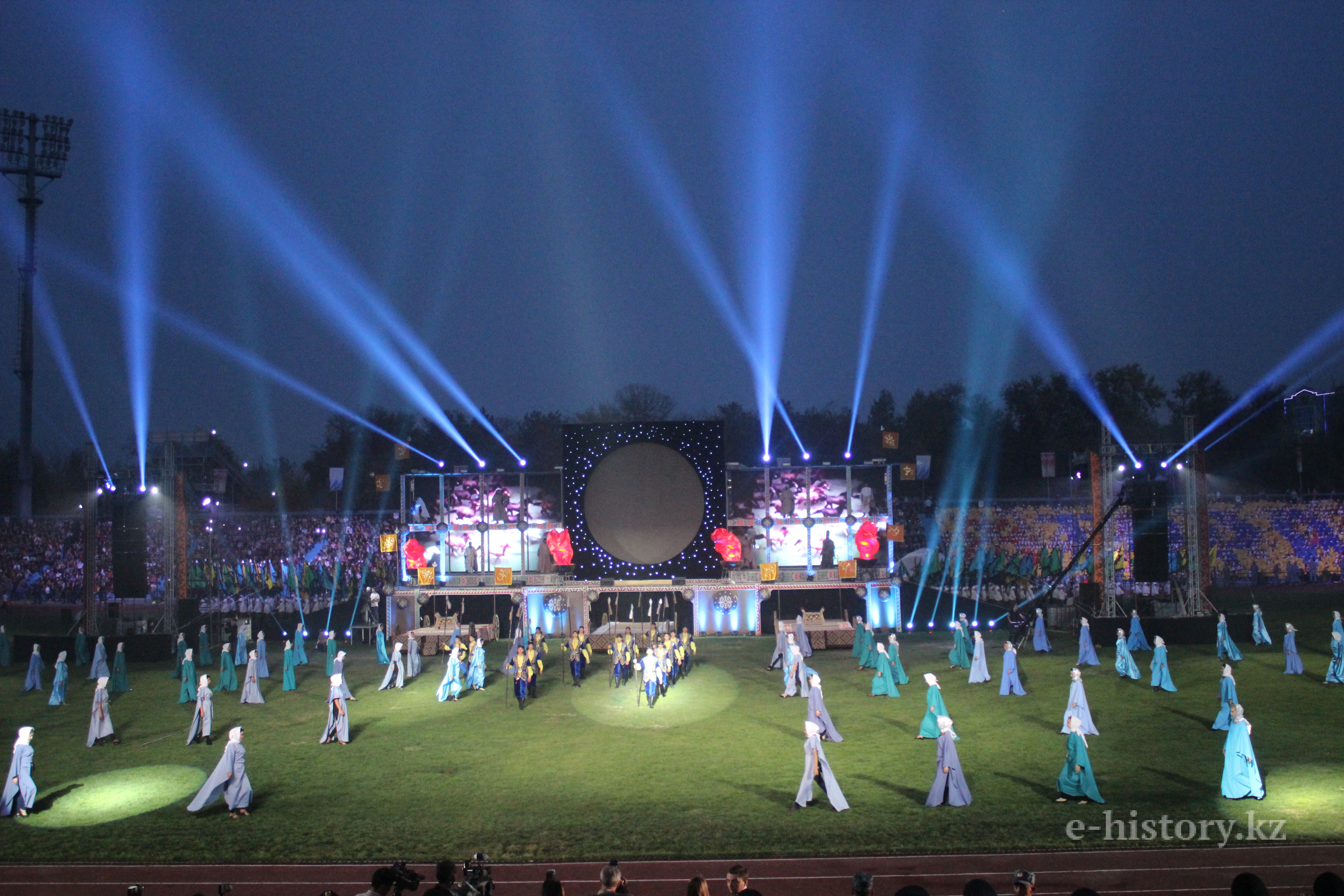 The author of the idea is a writer, deputy of the Senate of the Parliament RK Zhabal Yergaliyev. The plotline is based on his work “Kily zhol” (“The other way”). The People’s Artist of the USSR, laureate of the State Prize Asanali Ashimov was in charge of the project. The consultant was the People’s Artist of Kazakhstan Yesmukhan Obayev. The director’s crew headed by the Honoured Artists of Kazakhstan Aubakir Rakhimov, Alma Kakisheva, Yelik Nurtsultan, Mukhtar Kapalbayev were working on the staging. 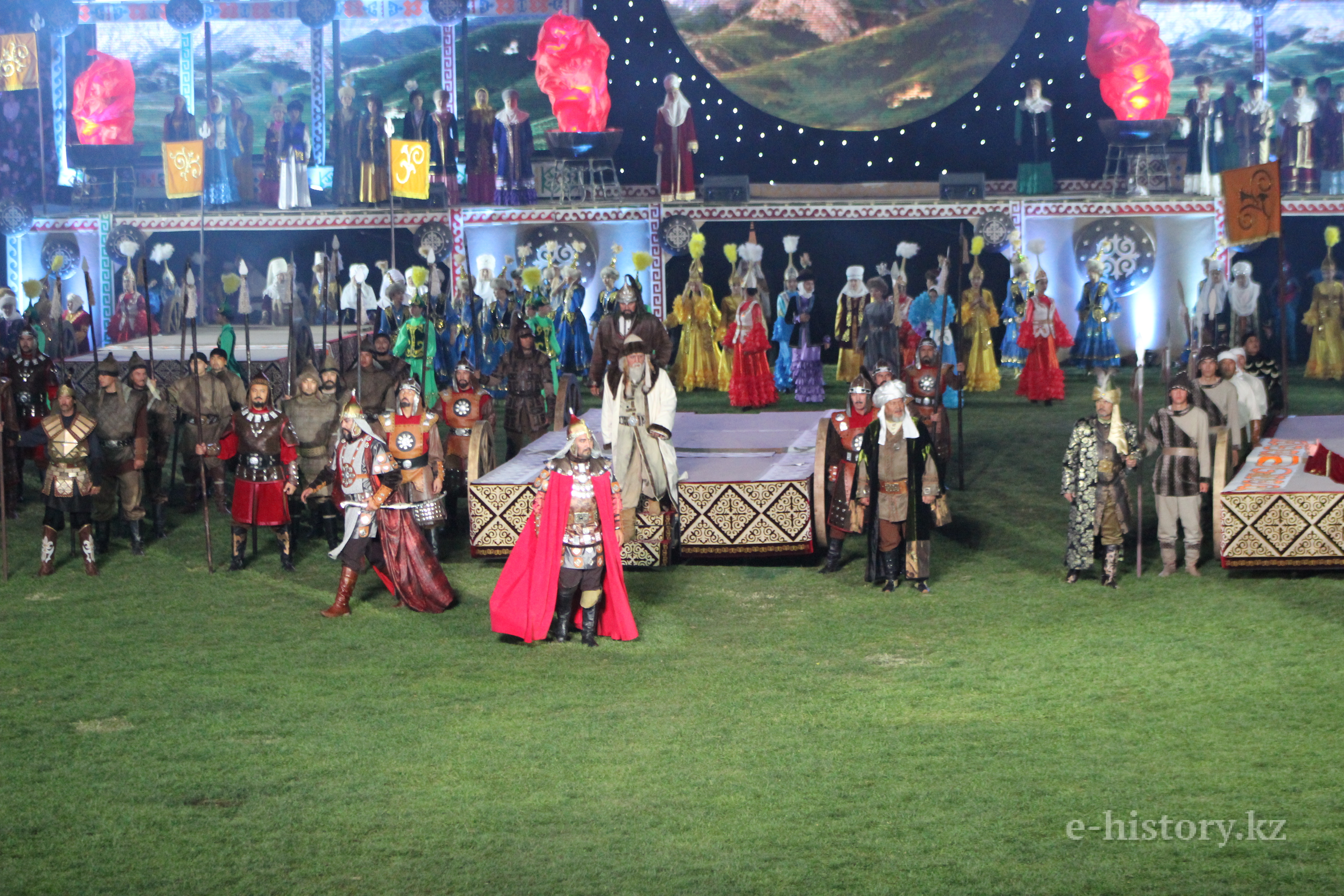 The whole team of theatre named after M. Auezov, actors of the Kazakh and Russian Drama theatres of Zhambyl region, militaries of the regional command “South” of the Ministry of Defense RK, students of schools and universities of the city of Taraz were engaged in the performance. The decorations and costumes for 200 warriors and 150 dancers were prepared. In general, 500 people were involved in the spectacle. 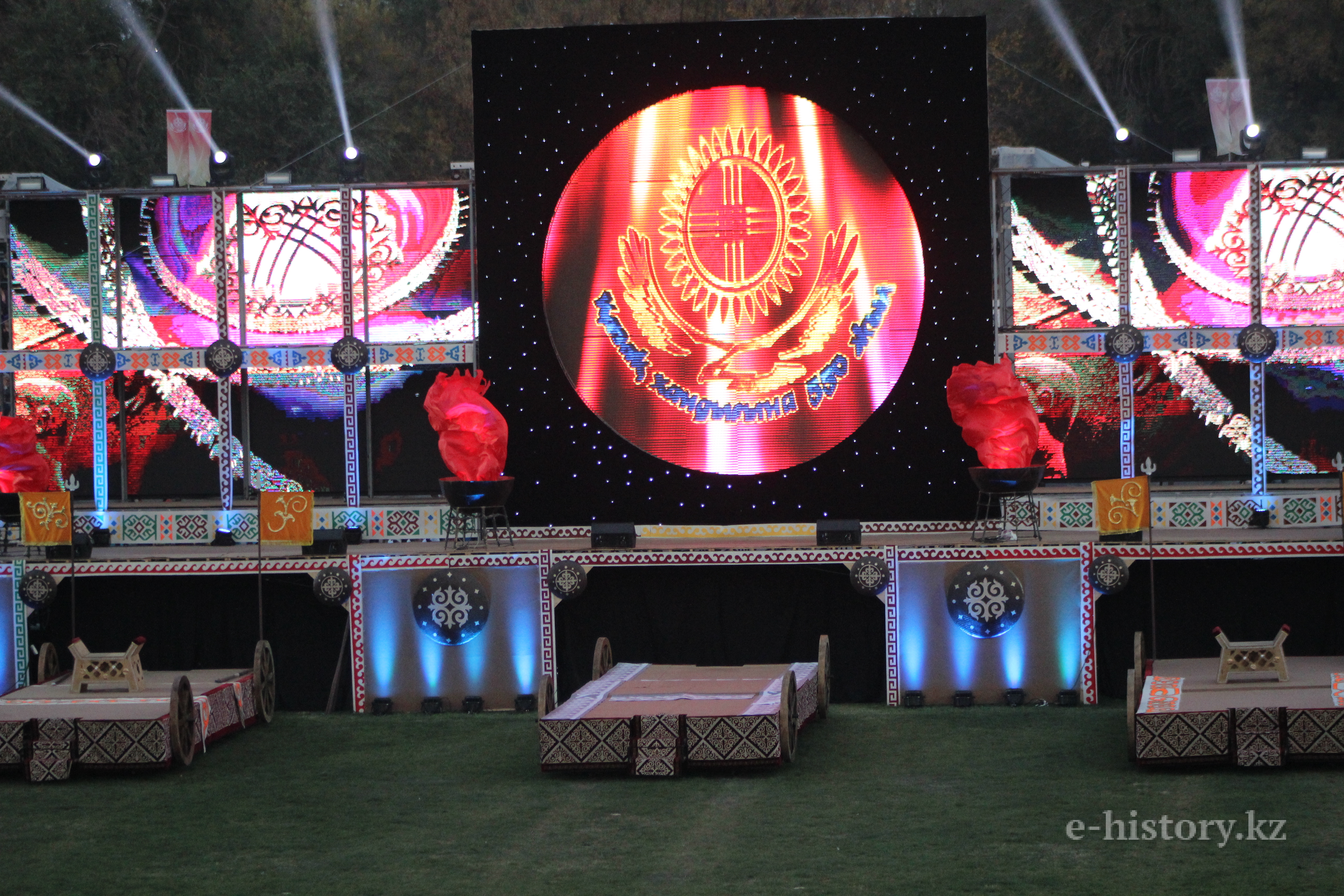 “First of all, it is not the theatre staging, but the theatre performance. Each type or art has its difficulties, in the given case it is necessary to make the actor work to the maximum, needy to create the image. In addition, it is important to create the massiveness. To what extent does this celebration differ from others? It is carried out in Kazakhstan for the first time and, that is why, we decided to create the performance; before that I carried the 2000th anniversary of Taraz, 170th anniversary of Abay, 150th of Zhambyl, but then there were the theatre performances. At various celebrations the various grandiose shows and performances, but this celebration is connected with the history of the khanate, and the people have to know their history, therefore, we created this performance. For the preparation of this performance nearly two months passed. If the performance was held in the theatre, it would be on for about two hours, but decided to show only the main events. As you yourselves saw the occasions connected with Kerey and Zhanibek, who separated from Abulkhair and founded the Kazakh khanate, since those times the notion of “Kazak Eli” had appeared. I hope, that everyone who had seen the performance would be interested and know the history. The play was written by Zhabal Yergaliyev, he suggested to set it and we decided to recreate it. I consider that the actors handed the task, they realized what I needed from them, but, certainly, the principal judge is our spectator. This celebration is essential for our descendants, also it is needy not only for the people of Kazakhstan, but also for the world society. One more time, they were convinced that we are the ancient, civilized people, the statehood of whom accounts for 550 years, but our history is more ancient. I congratulate all the Kazakhstan people on this great date, each citizen of our country does not have to lose their history”, Aubakir Rakhimov, the Honoured Artist RK, the director of the performance said. 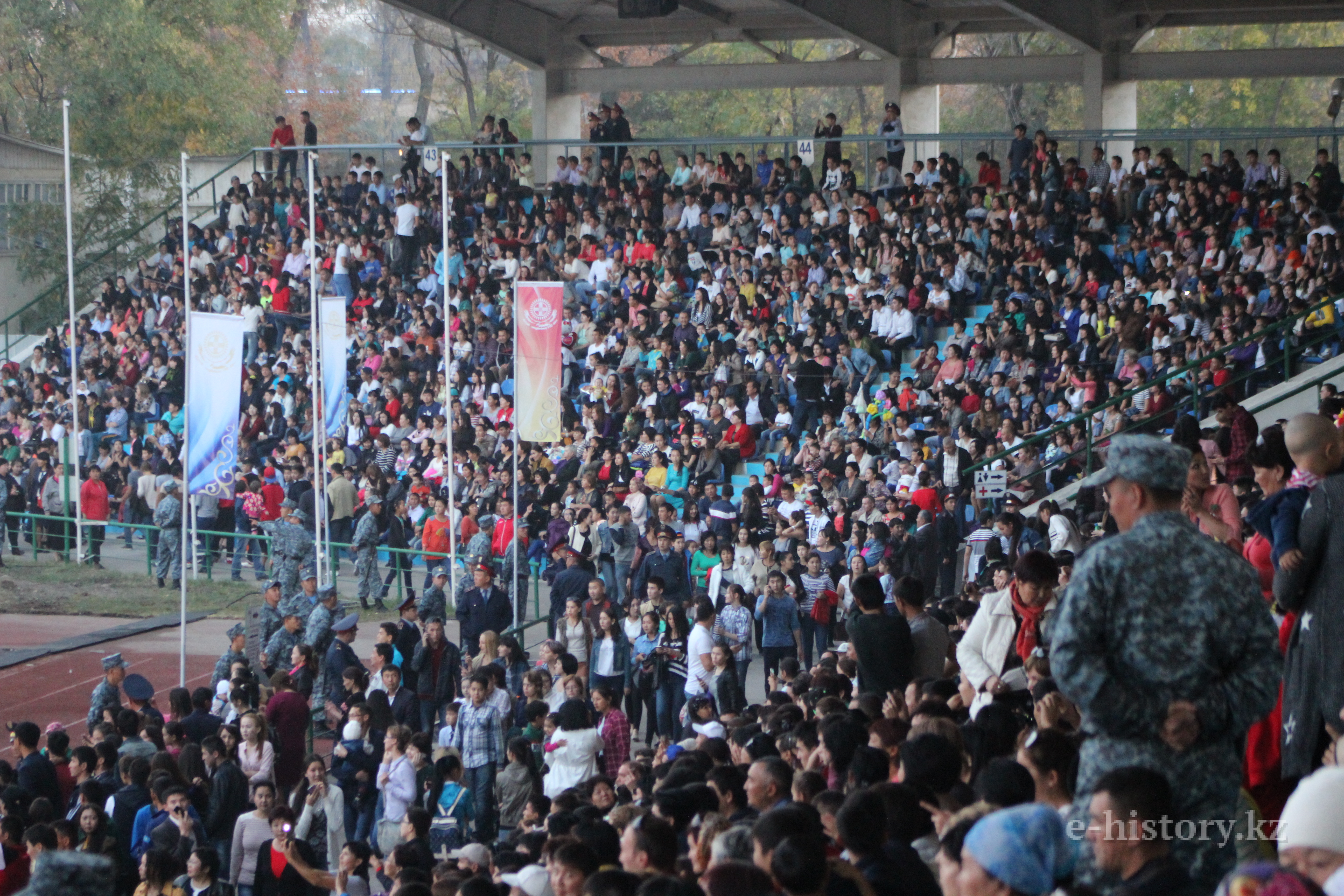 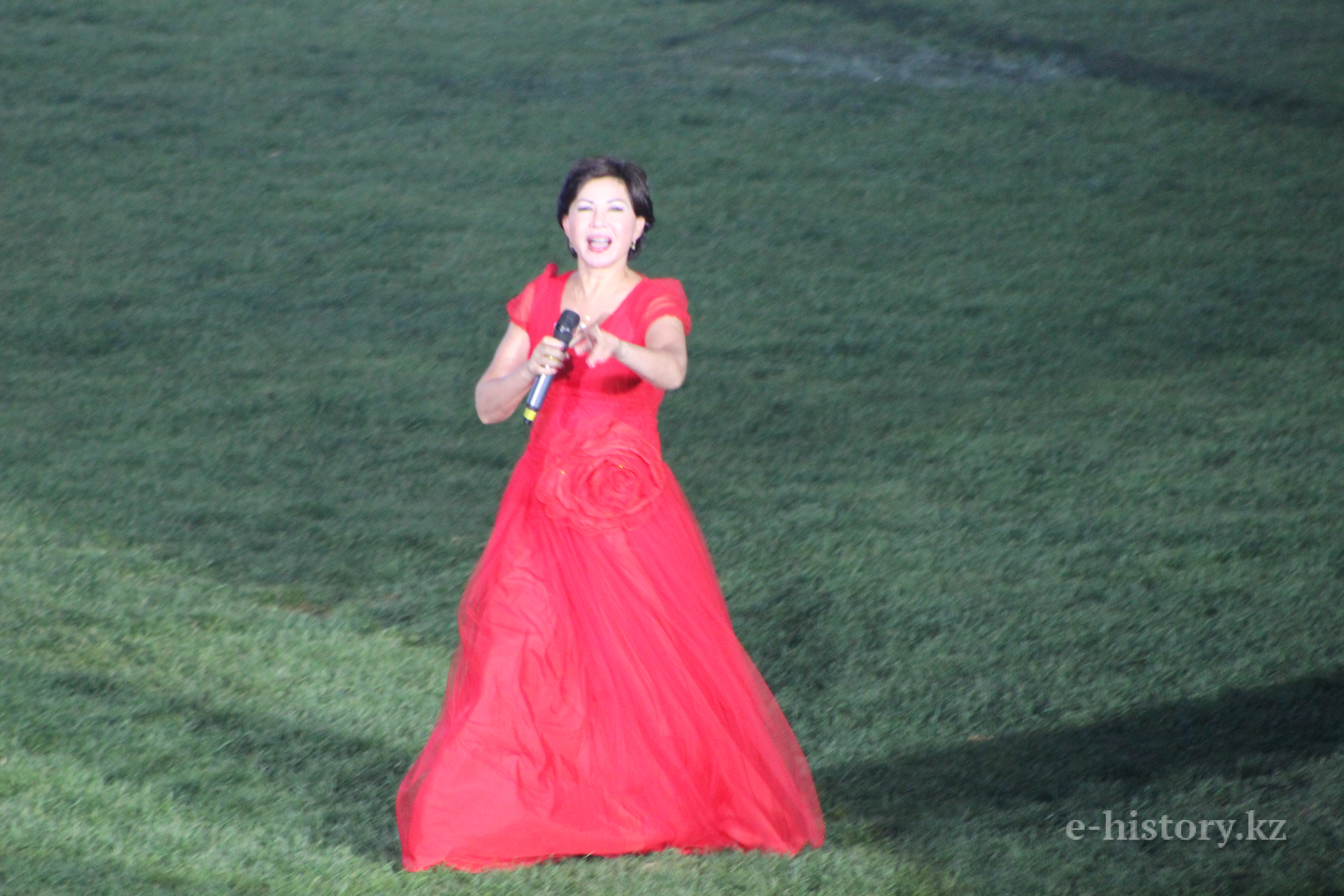