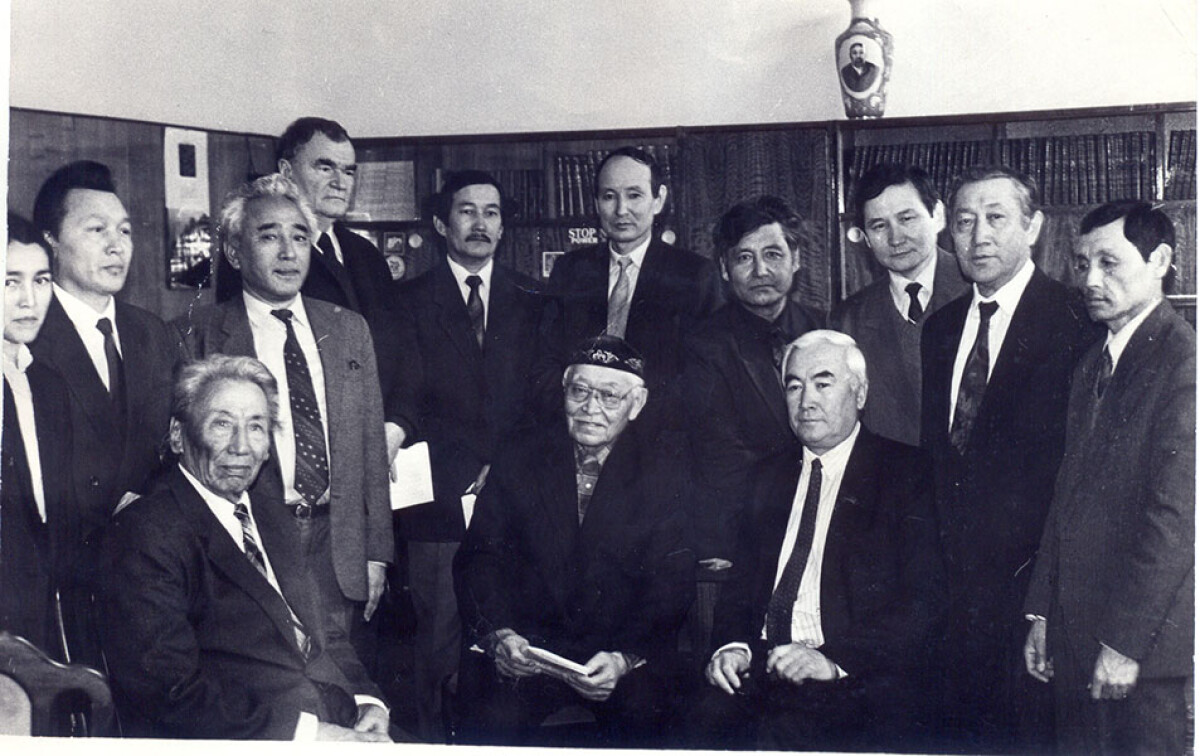 A scientist, religious enlightener Khalifa Altay Gakypuly was born on 18 December 1917 along the lake Zharynty, Shingil district, Eastern Turkestan. He started to study literacy with his father Gakyp Karakelenuly, later he was taught by the local mullah. At the beginning of his life path he was subjected to various persecutions and resettlement. In subsequent years of his life he devoted himself to the religion, enlightenment and writing of spiritual works. 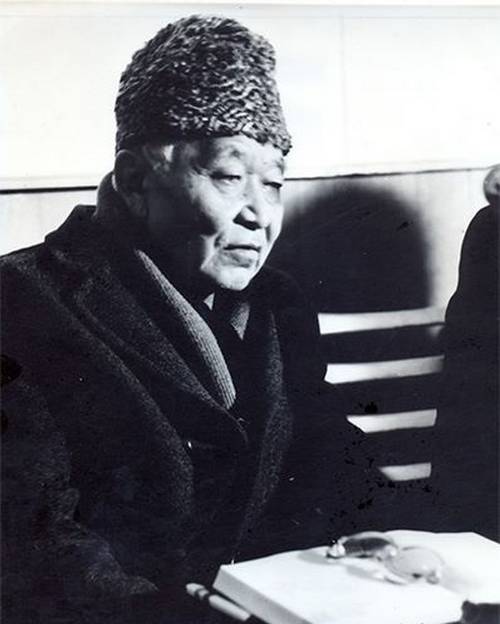 In 1933-1938 years because of the repression in China the people from Khalifa Altay’s motherland were forced to move to Barkol, Gansu and Qinghai districts. Disturbance of the 1940s also touched upon Khalifa Altay’s life. The resettlement was divided into three flows. Eliskhan batyr led the first group of settlers, Zuha batyr’s son Soltansharip — the second one, the third one — Kusaiyn tayzhy who brought a part of people to the land of Gankol. The fourth group of people in two years of wandering returned to Barkol, Shondzhy and Nori. At the end of 1950 the groups of people led by Soltansharip and Kusaiyn tayzhy passing Tibet through the north of the Himalayas, settled in the district of Kashmir by 1951. 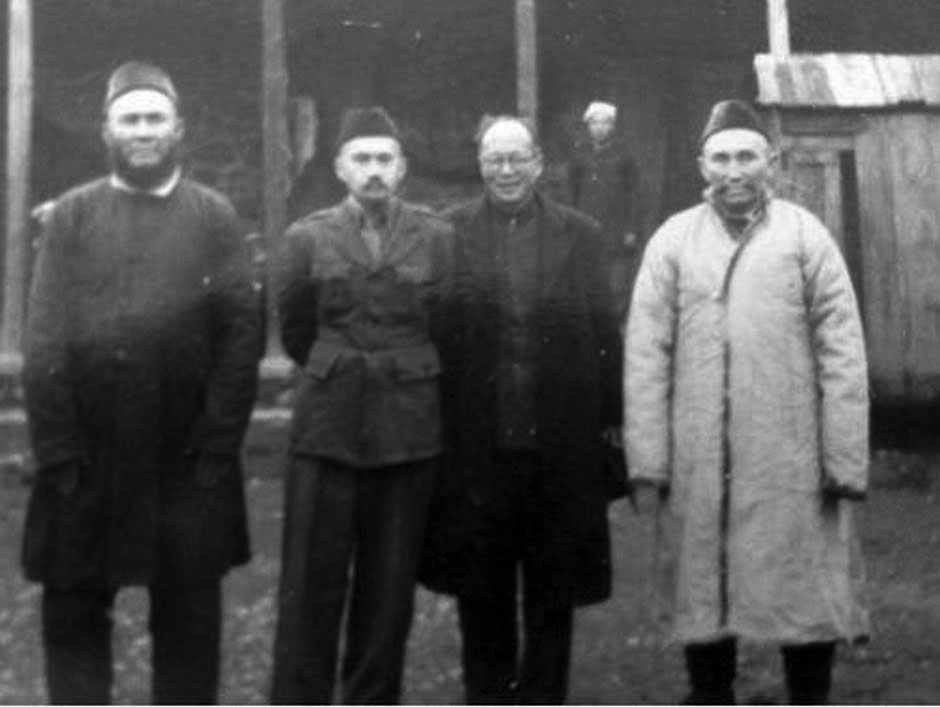 In 1952 Khalifa Altay who knew the Arabic language and Urda started to work as a responsible secretary of the “Association of the Kazakh resettlers in Northern Turkestan” in Peshavar city, Pakistan. In 1953-1954 years he became known as the organizer of the resettlement of Kazakhs from Pakistan to Turkey. 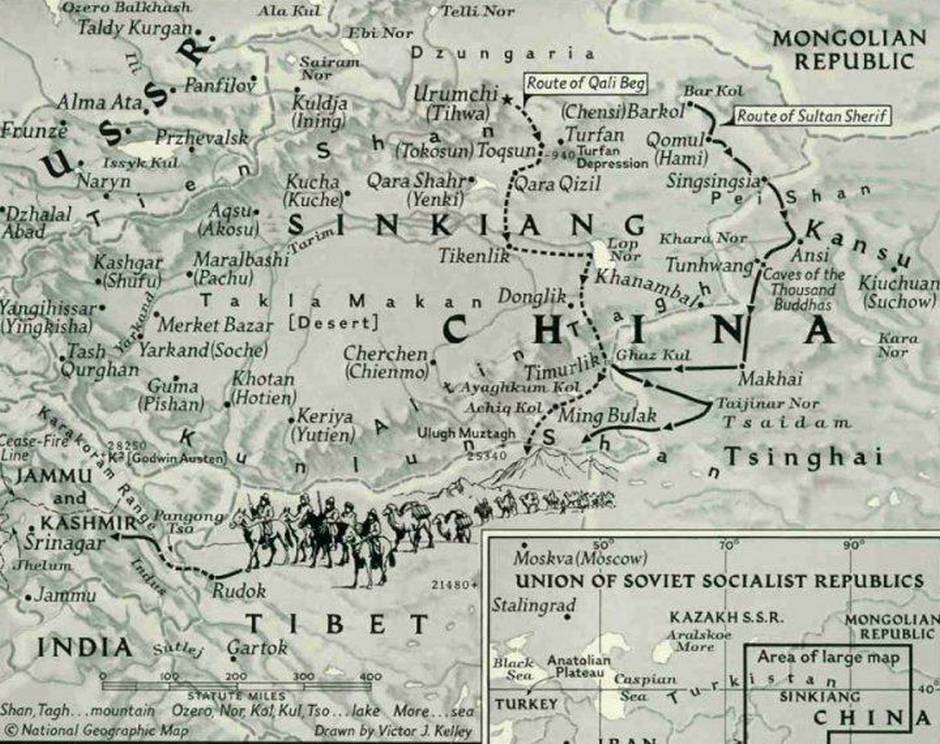 The caravan of nomads leaving behind the Altay and passing the Himalayas suffered many difficult moments. They had to fight for life, retreat and fight with serious illnesses. Eventually, the caravan settled in Turkey. A Turkish writer Ismail Genghis wrote: “When the caravan of the Turkish Kazakhs set off there were 20 thousand of them. Only 2 thousand of them reached Turkey. It was a great tragedy.” 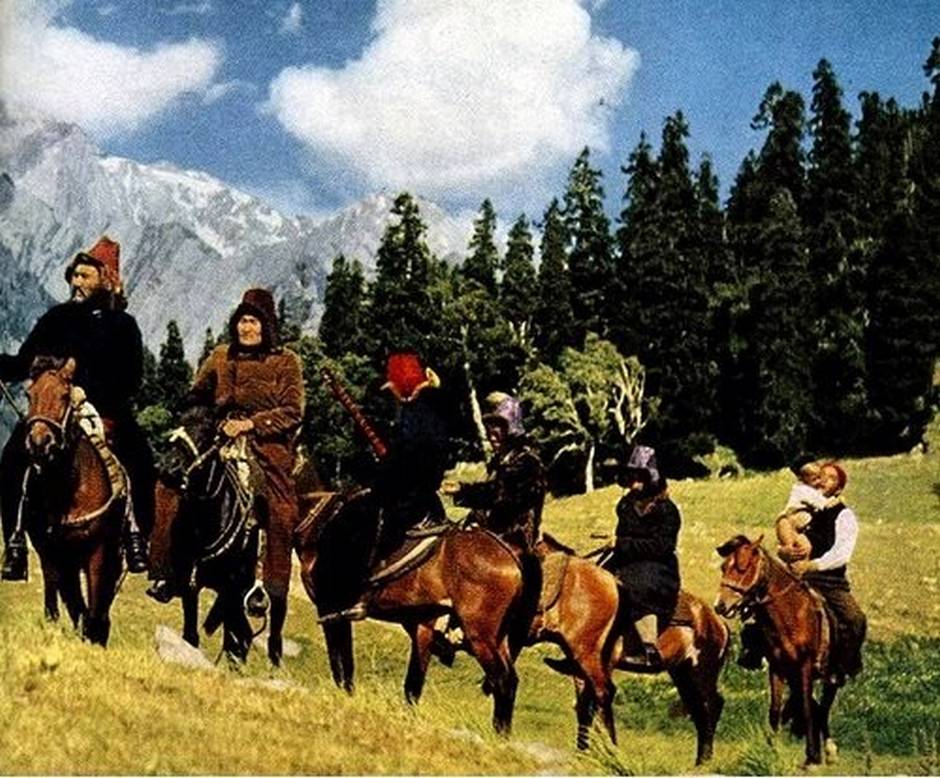 Khalifa Altay in Turkey was engaged in art, and wrote biographical books such as “My memories”, “From the fathers’ land to Anadola”, “People who moved from Altay”, describing torments which started in East Turkestan. In 1977 in Istanbul he published the research work under the name “Genealogy of the Kazakh Turks”. The final resettlement of Khalifa Altay to the historical homeland Kazakhstan in 1991 became the milestone event of those years. 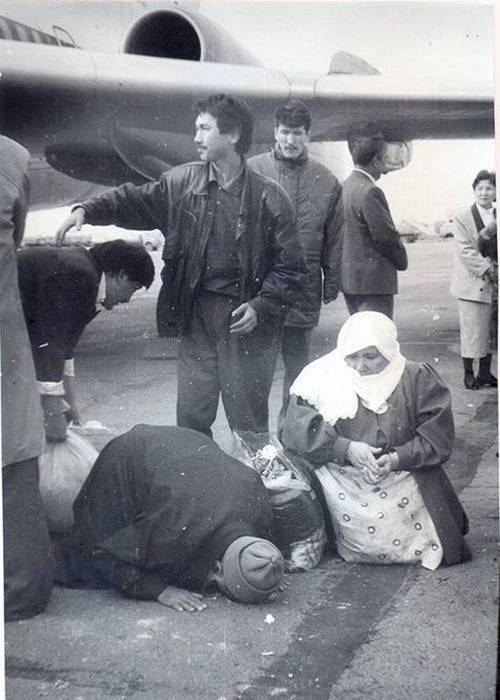 Since Kazakhstan had gained the independence, Khalifa Altay moved to the historical motherland under personal protection of the president. As a religious activist in 1991 he published the book “Translation of the meanings of the Koran into the Kazakh language and comments”, which was released in the print office Fahd by circulation of 800 thousand pieces. Besides, during the chairmanship in the center of spiritual education “Inabat” he did not cease calling people for Islam, proceeded to translate books and distribute them. In 1995-2000 years each Friday he hosted the program about Islam on the Kazakh radio. In the decline of years Khalifa Altay was engaged exceptionally with the creative works. He also translated religious and spiritual books from Arabic into Kazakh. 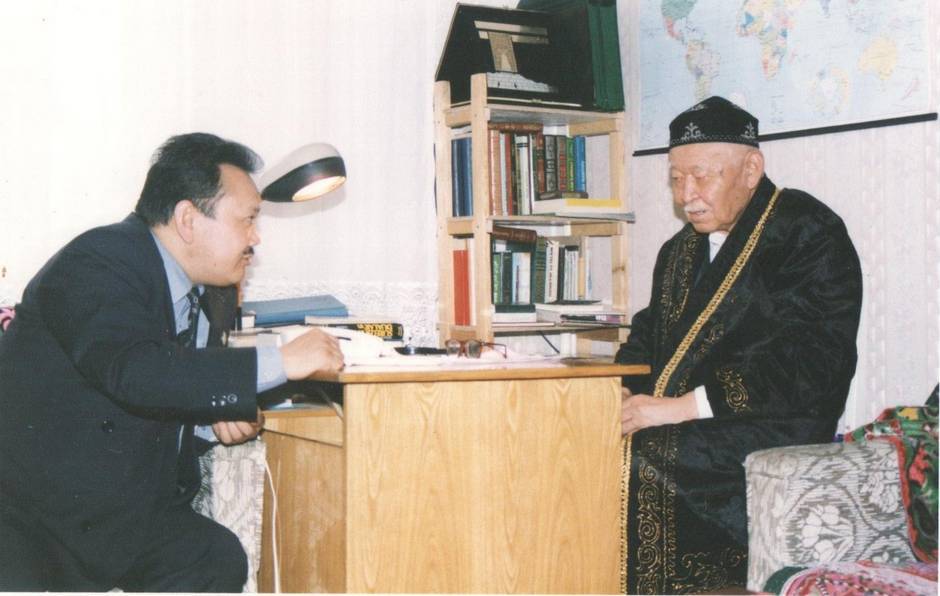 Khalifa Altay was the first writer who received the international award Alash in the history of literature. He was honored the “Scientist of the Turkic world”. Highly esteemed aksakal, who won the heart of his people by his grace, intelligence and prudence, passed away in 2003 at the age of 86 in Almaty. For the invaluable contribution in the spread of Islam on the territory of Kazakhstan the third in capacity in the republic, big mosque in Ust-Kamenogorsk and new mosque in the village Kyrgauyldy, Almaty region were named after Khalifa Altay.