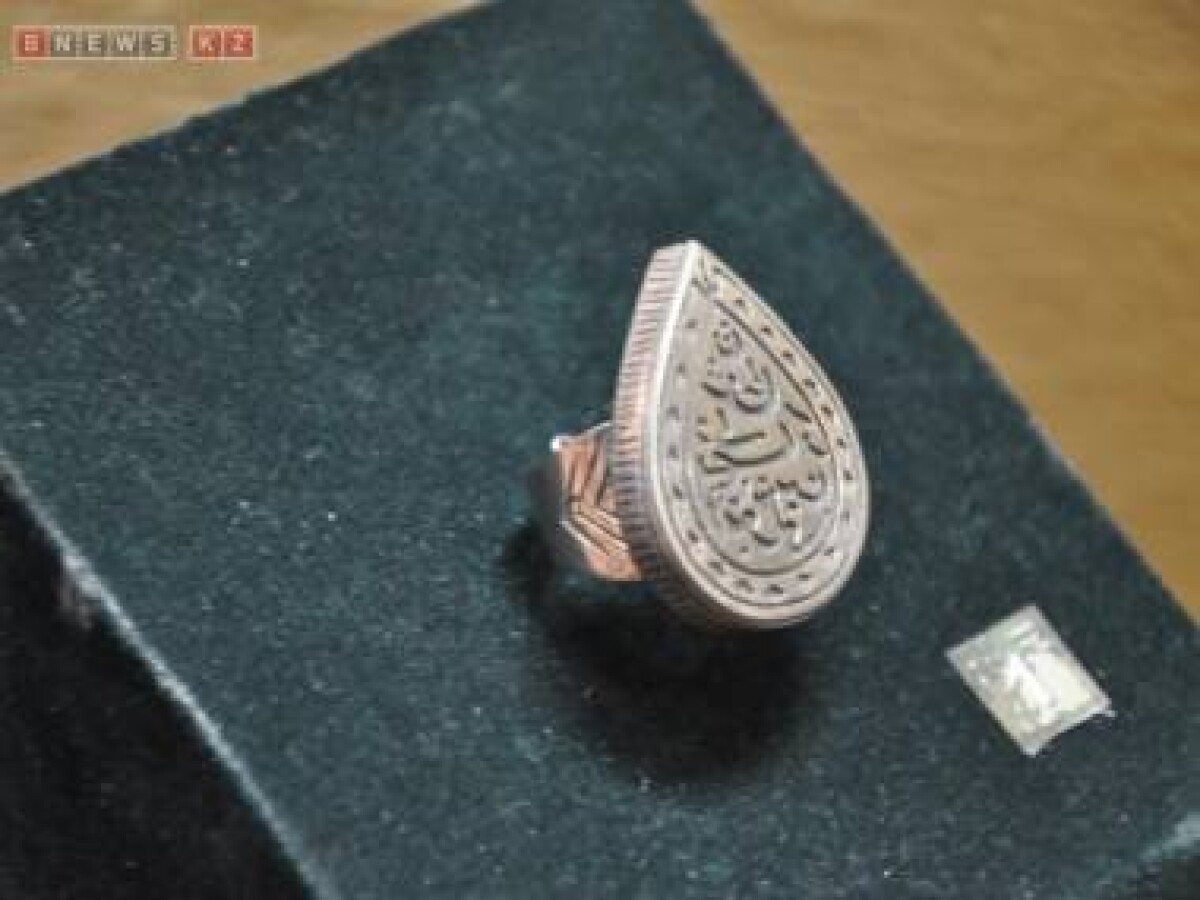 Employees of Akmola Regional Museum, while creating exposure of great commander ordered to the masters of Almaty the reconstruction of Abylaykhan’s signet.

Employees of Akmola Regional Museum, while creating exposure of great commander ordered to the masters of Almaty the reconstruction of Abylaikhan’s signet, which he used to sign government documents. Now, on the eve of the 300th anniversary of Khan, the exhibit causes a great interest of visitors in branded hall of the museum, reports BNews.kz.

According to a senior researcher of the history museum Tatyana Markevich, the idea to create a duplicate of Abylaikhan’s ring, which he used to sign the public documents, arose last year during the renovation of the museum. And then here was decided to create an exposition hall dedicated to the legendary military leader and statesman: Kokshetau land inextricably linked to his name. For many years khan his headquarter located here. Master of LLP «Almaty korkem» (which deal with the design and decor of the hall) made a copy of Khan’s ring from silver.
«Applied metal signet of khans and sultans were mostly iconic symbol of traditional Kazakh statehood. They are produced, mainly in the form of a large teardrop-shaped silver rings. According to written sources, by the shape of the rings can be identified the class of its owner. So, teardrop shape was characteristic of the ruling elite. Holy class Khoja wore round signet. Elders and warriors wore oval, pear-shaped and square»- said head of the department of history of the museum.

As shown in the photo, the signet has an inscription in Arabic: «Abu Mansur bin Bahadu Uali-Sultan».

«On the outer surface of the ring elegantly with Arabic script was cut full names of the owners and the name of their titled fathers. These indicative marks used to certify Kazakh rulers of various government documents internal use and international treaties. This ring has a similar inscription. Scientific researcher of the history department Galiya Kozhanazarova showed increased print in the mosque, they confirmed the inscription»- said Tatiana.

As Tatiana Markevich said, written letter to officials and individuals also were signed by impressing metal-rings. All letters of khans and sultans always ended with same expressive phrase: «…And to verify it, here is my stamp».