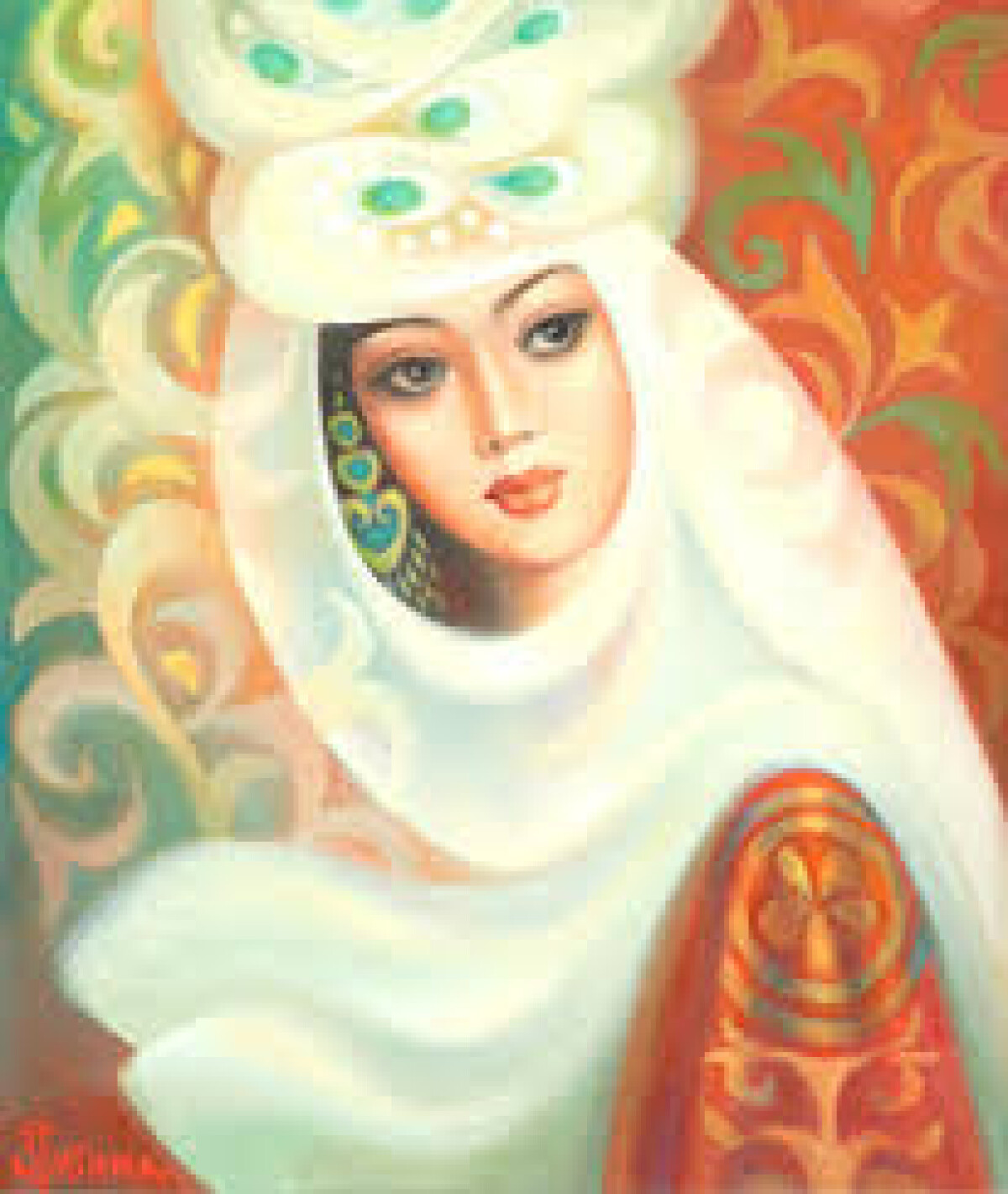 Such conclusion can be made after meeting with another finding of the mounds of Saryarka.

Unusual oval shaped stone with 15–20 sized, carved by hand socket and four legs — the altar of oil and herbs used in Alastau (ceremony of consecration) in 6th-7th centuries BC, was extracted from graves by archeologists of Karaganda Regional Museum in Karkaralinsk district.

— It is very rare to discover finding that belong to the Tasmolinsk Culture of Central Kazakhstan on such burial place, said the director of Karaganda historical and archeological museum Erzhan Nurmagambetov. — The finding was place on the hall of Saxon culture. Our task is to cleanse the grave, confirm the funeral, find household items and to highlight the lifestyle of people of the early Iron Age during the Saxon culture.
The finder of altar the senior fellow of general history, archeology and ethnography Dauren Zhusupov do not hide his excitement:
— Stone is more than 2000 years, the traces of ocher, the colorant, is remained on it sicne that time. I’ve seen similar in the Russian TV news. The altar on that TV news was made of quartz, and the same red strain on it was due to the presence of iron oxide.
Regional History Museum five years ago received a license for research work in the territory of Kazakhstan and conducts the systematic study of the early middle Ages of the Bronze Age. During this time was prepared a generation of young specialists of early Iron Age monuments which are stored in the museum: gold earring and arrowheads have been found on the island of Tas-Aral Lake Balkhash and iron plaque. Last year in Buharzhyrau and Abay districts museum’s experts made interesting discoveries. In the burial, scientists discovered graves that indicate worshiping to the cult warhorse.
The arrival to excavation areas in Ulytau and Karkarala districts of the head of the Institute of Archeology named after A. Margulan Ph. D. Arman Beysenov was on time. On the first day we met at the museum. The archaeologist could not hide his delight after seeing the stone.
— Impressive finding! It can be found not in all burials. Earlier I showed altars, carrying them out from Almaty, now there is own in Karaganda!-emotionally stared on it Arman. They can have 4 or 6 legs. In my collection there are both of them. All of them found in Central Kazakhstan and dated 6th-7th centuries BC. Such item often found in female burials that proves anthropological data, also discovered bronze mirrors, beads and earrings. This type of burial scientists relate to the cult of priests. The robbers took everything except the altar. Personally, I have seen two such cases. Apparently, thieves were afraid of punishment…
According to scientists, red pigment on the stone is the trace of colorant that is diluted in this tiny stone basin. In the 50s on the corners of one of the mound was identified the soot. Remains of paint were obvious on the west and south. We can assume that the stone which was pressed out used for rituals, for instance by shamans.