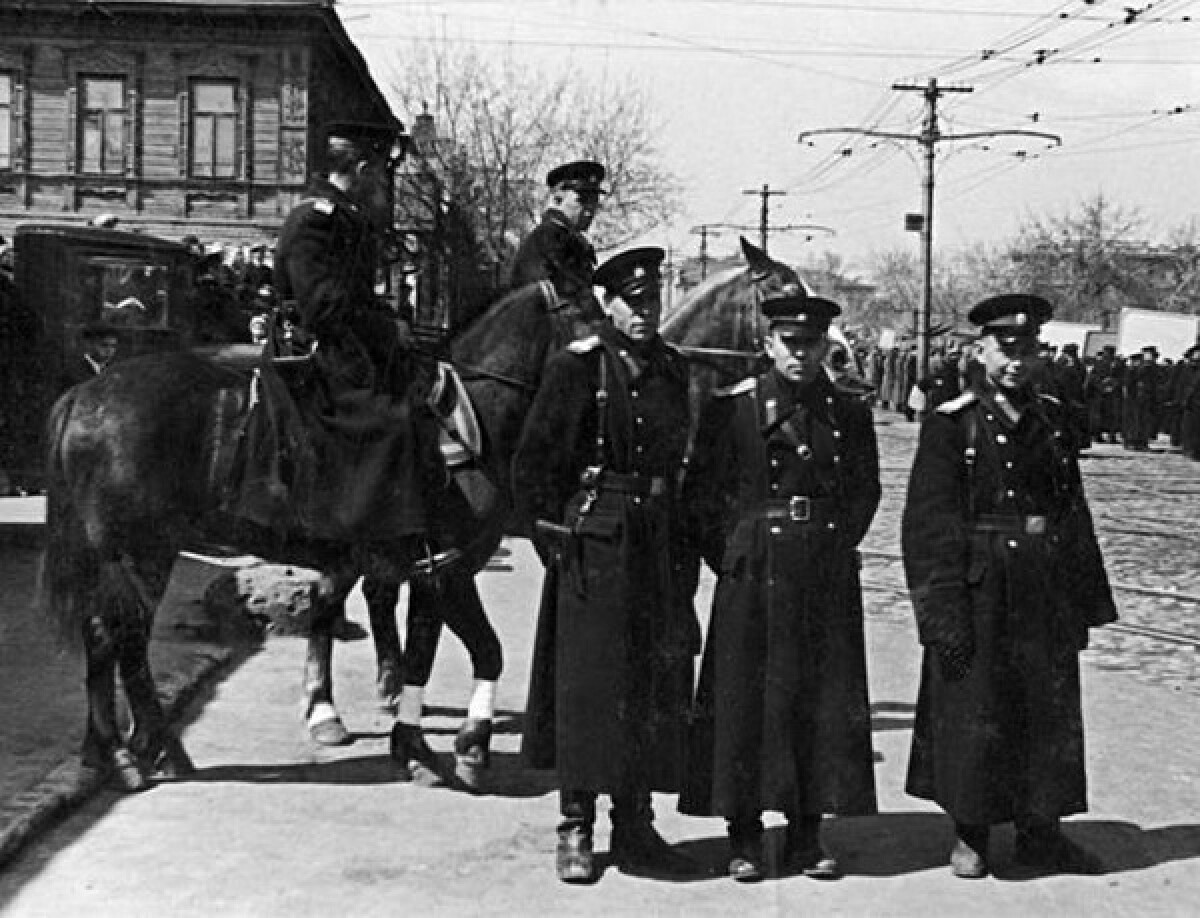 The police is the body directly responsible for the safety of life and property of citizens and monitors public order. The presence of the police service is one of the signs of a full-fledged state. In this regard, let us briefly address the history of the Kazakh police.

Today's Kazakh police was born on the basis of the above-mentioned 1992 law. However, for the first time the police (militia) appeared in the Kazakh steppes during the colonial policy of the Russian Empire. The police mainly monitored how the people obeyed the decrees of the Tsar and obeyed the duties, as well as public order. In history, they were remembered for their cruelty and tyranny. Later, during Soviet rule, the police moved away from this pattern. This begs the question - did the history of Kazakhs have their own police? The reason for this question is quite natural, because in any state there should be bodies controlling internal order in the country, regulating internal relations. Without it, it would be difficult to call the state a state. In ancient sources, legends and epics there are often such phrases as "khan shabarmany" (runner of the khan), "khannyn zhendeti". (khan's executioner). Of course, it is impossible to compare the tasks of the police of the past epoch, feudal society and the tasks of the police of modern democratic society, so the notions of "khan shabarmany" (runner of the khan), "khannyn zhendeti" (khan's executioner) are reminiscent of the militia of the Russian Empire. In opinion of the historian, ethnographer Zhambyl Artykbaev: "In ancient times, and in ancient Khanates, and in an epoch of Saks, Huns at tsars, and Khagans there were special employees. There were tolenguts, who watched the internal order. Tolenguts of that period are modern middle-class, entry-level civil servants. Top-level employees were called atalykas. And tolenguts were responsible for internal order, the safety of trade caravans and embassies. They were responsible for internal defense and order.

During the period of the Kazakh Khanate there was a special group of people who executed decrees of khan and decisions of biys. Though they did not have a special rank and a separate body, but from among the troops a special group was separated and performed this function.

Later, the issue of police was raised during the Alashorda government. On December 5-13, 1917, the Second All-Kazakh Congress was held in Orenburg. One of the issues raised at the congress was the question "about police". This topic was deeply studied in Khalel Gabbasov's report. As a result of the congress, a program of "people's militia" creation was approved for strengthening the future national state called Alash autonomy. The militia was also to function as an Alash army. The decree defined and approved the number of police departments to be formed in the regions that were part of the Alash autonomy, training them in military work, provision of weapons, uniforms and other necessary accessories.

Historian, public figure Berik Abdygaliuli cites Alash militia of that period as an example of Alikhan Bukeyhan's words: "militia means troops, that is we have it now". According to the data, Alash's army reached three thousand men. "However, they have not had time to investigate, interrogate and control the internal order, which is the work of the law enforcement agencies today. Historical circumstances did not provide an opportunity".

Based on these facts, we can say that the real history of the Kazakh police began on June 23, 1992. Since then, the police have been performing enormous tasks to ensure the safety of the population of Kazakhstan and the preservation of public order. They were in the very epicentre of particularly dangerous situations (events) in the country. Since its establishment, many measures have been taken to strengthen the country's internal security. One such large-scale measure, which has been implemented in recent years, is the road map for the modernization of internal affairs bodies. One of the main tasks of police reform in this direction is to strengthen people's trust. Between 1992 and 2018, the Ministry of Internal Affairs was strengthened structurally and the material and technical basis and regulatory framework were fully established. However, in the context of the political, economic and civil modernization of the country, the police are facing new pressures. In this regard, the Road Map for 2019-2021 was adopted.

According to Interior Minister E. Turgymbaev, with the adoption of the reform since last year, the number of employees of the Ministry has decreased by 11 percent, which is 10,592 people. Previously, the country had 471 police officers per 100,000 people, but now that figure has fallen to 393. This figure is equal to the figures of the European Union member states. Thanks to that decision, about 16 billion tenge was saved, which was used to increase staff salaries and improve performance. According to the minister, since last year the staff has been reduced, police salaries have been increased, housing certificates are also issued, educational institutions are being reorganised and short-term training courses are planned. Many facilities previously guarded by police officers have now been transferred to private security companies, and the police will work to maintain public security.

In order to achieve the positive effect of the reform, the police need to take into account the public mentality, improve the activities of the Public Council, and interact with the Council of Elders, NGOs, parties, activists and youth. These steps will create positive public opinion. It is planned to involve youth, volunteers, who are not indifferent to the development of society in this work. Within the framework of the Year of Volunteers in Kazakhstan, it is possible to achieve exemplary results in these activities. And in the future, concrete steps of this reform will be shared more often with social media.

Author: Esbol Nurahmet
Use of materials for publication, commercial use, or distribution requires written or oral permission from the Board of Editors or the author. Hyperlink to Qazaqstan tarihy portal is necessary. All rights reserved by the Law RK “On author’s rights and related rights”. To request authorization email to or call to 8 (7172) 57 14 08 (in - 1164)
Қазақша Русский English
THE MOST WIDELY READ
Month Year
The top of pyramid stores the yurt
On How Kazakhstan Ended up as part of Tsarist Russia Kunaev Dinmukhamed Akhmedovich Recorded history of Kazakhstan. Part 2 The title of “Folk hero” was posthumously awarded to three veterans of the Great Fatherland War Union of the Archives and Library A great son of the Kazakh steppes People who eat horses will kill you Recorded history of Kazakhstan. Part 1 Burial mounds of the southwestern part of the Semirechye region The referendum on the Constitution is a significant stage of democratization Rebooting a field of science and education Kazakhstan's participation in the Winter Olympics has a long history
Polls
Materials on the topic
Labels of the Golden Horde khans and Russian clergy
From the story of a blood feud
A role of Buddhism in formation of Central Asian mythologies
The referendum on the Constitution is a significant stage of democratization