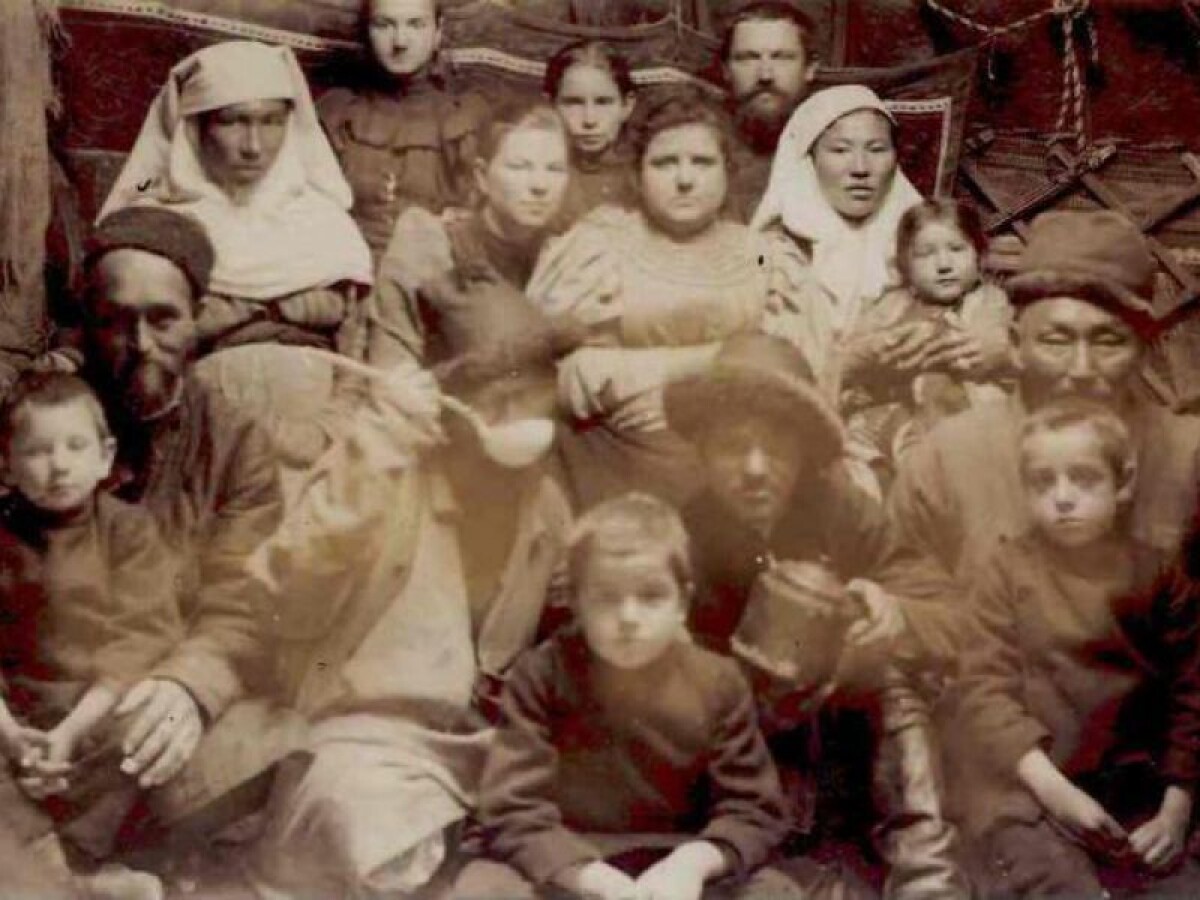 Among the Alash figures who rallied around one idea, established the Alash party and sought to create an advanced state, there were also doctors.

Today we want to tell about like-minded doctors of Alikhan Bukeyhanov who were persecuted and shot.

One of them is Khalel Dosmukhamedov. Khalel was born on April 24, 1883 in Tai Soigan district of Kyzylkogin district of Atyrau region. Main major is doctor. The well-known politician had versatile talents like being a public figure, historian, naturalist, linguist, writer, collector and propagandist of rare samples of oral folk art, skillful translator. Having finished primary school, in 1894, Khalel entered the preparatory class of the real school in Uralsk. After school, he entered the St. Petersburg Imperial Military Medical Academy and graduated with a gold medal in 1909. First he served in the Perm province, then in the Urals Kazakh-Russian Rifle Battalion, and served as a junior military doctor. In 1913, vice-governor of the Ural region released him from military service, having handed him certificate № 6618. In the same year he got a job as a district doctor in Temirsk parish. In 1912-1913 and 1915, he took an active part in suppression of outbreaks of plague epidemic, published articles "Temir dari khakynda", "Sary kezik-suzek", "Zhukpaly aura khakynda". For these works he was awarded the Imperial bronze medal. Later these works he supplemented and published a scientific book "How to fight plague among Kyrgyz people". In 1920-21, he worked as a resident at the Institute of Physical Methods of Treatment in Tashkent, and at the same time was a school doctor at the Kyrgyz Pedagogical Institute and a resident at the surgical clinic of the Medical Faculty of the Central Asian (Turkestan) University. In 1922-24 he was a member of the board of chief of the medical and sanitary department of the People's Commissariat of Health of the TASSR. In 1923-1925 - member of the board of the Central Asian State Publishing House. In 1925-1926 - head of the Eastern department of "Kazgosizdat". From 1926 - deputy head member of the board of "Kirgosizdat". In 1927 he became an associate professor at the Kazakh State University. He was appointed chairman of the commission on organization of the Kazakh State University. Since 1928, he headed the administrative and economic department of the Kazakh State University. Since 192,9 he has been a professor of this university. However, the next year he was arrested, on April 20, 1932, by the decision of the "Troika at the Plenipotentiary envoy of All-Union State Political Administration in Kazakhstan" was sentenced to 5 years of ITL, with replacement for expulsion to Voronezh for the same period. There he worked as a department head at the Institute of Health and Hygiene, deputy head of Voronezh city children's medical and preventive outpatient clinic. On July 26, 1938, Khalel Dosmukhamedov was re-arrested on false accusation and on April 24, 1939, by the Military Tribunal was sentenced to the highest punishment - execution.

Baktygali Bissenov was born in 1889 in the village No. 5 (now Akzhaik district) of Kyzylzharskaya volost of Ilbishinsky district of Ural region. In 1902-1910, he studied at the Urals Real Military School. In August 1910, he entered the medical faculty of Saratov University. However, due to the war, in 1917 he completed his studies ahead of schedule and was sent by a district doctor to the village of Kyzylkulgin in the Urals region. It was a difficult period in the life of the people, an epidemic of infectious diseases was spreading. Baktygali Bissenov did his best to fight the diseases. He initiated the construction of a 10-bed hospital in Bazartobe village. At the same time, social facilities such as a bathhouse and a pharmacy were built for patients with plague, smallpox and typhus. Potatoes and other vegetables were planted on an area of one hectare. Proving the usefulness of milk for sick children, he organized the grazing of cows. His efforts did not go unnoticed. And in early 1924, he was sent by the head of Baigut Hospital. In January 1925, he was appointed a doctor of the Ural city Soviet-party school, a year later he was appointed an inspector for the medical and preventive case of the provincial health department. However, as well as other public figures Baktygali Bissenov was subjected to repressions. For close ties with members of the government "Alash-Orda" in 1937 was arrested and on September 16, 1937, was expelled for 10 years to a correctional labor camp. However, six months later, on February 19, 1938, he was sentenced to death.

Akkagaz Doszhanova became the first Kazakh among women of the East, who graduated from the medical faculty. She was born in 1893 in Borti village of Aktobe district of Turgay region. After graduating in 1914 from the Orenburg Women's Gymnasium, she went to Moscow to get medical education. The talented girl had no problems passing the exams and was enrolled in the medical course. In 1920, she entered the Tomsk Medical University and simultaneously worked as a doctor-ordinator. In 1921, she transferred to the medical faculty of Turkestan People's University in Tashkent, which she graduated from in 1922, after which she began working. In 1928-1929, she worked in Tashkent. In 1930, she moved with her family to Almaty and worked as a gynecologist at Hospital No. 1. Unfortunately, her life was cut short in 1932.

Akkagaz Doszhanova was not only a qualified doctor, she also took part in political work. In 1917, the Moscow Congress of Muslims was held in a madrassah of Tatarskaya Sloboda and Akkagaz was the only girl sent by the Kazakh intelligentsia. On the advice of famous Kazakh public figures in Moscow, she took part in the All-Russian Congress of Muslims (May 1-8, 1917), spoke from the rostrum, telling about the plight of Muslim women.

Asylbek Seitov, who was innocently shot, became a victim of political repressions. He was born on January 22, 1894 in Omsk in the family of an interpreter of the Office of the Governor-General of Western Siberia. Having finished in 1911 (at the age of seventeen) the Omsk male gymnasium entered the medical faculty of the Tomsk State University. After graduating from this university in 1916 he was sent to Omsk by district doctor. After that he was transferred by a doctor to the Bayanaul station of Pavlodar district. Here he worked till 1922. Since 1922, for 15 years he held the post of the head of Semipalatinsk health department. Being on this post, on his initiative and with his direct participation sanatoriums "Aul" and "Berezovka" were created. As a prominent organizer of the health sector of the Republic Asylbek Seitov was invited as a delegate of the first Congress of doctors of Kazakhstan, which was held in 1921 in Orenburg. In 1937, he headed the planning and financial department of the People's Commissariat of Health of the Kazakh SSR. At the same time, he did not leave the medical practice. He is one of the organizers of the hospital № 5. Almaty, it was opened on November 25, 1937. Asylbek Seitov was appointed the chief doctor of this institution. However, he was only five days in charge of this hospital, for the construction of which he invested a lot of work. On December 1 of the same year he was arrested and sentenced to 10 years without the right of correspondence. He was then accused that "he was an active member of the Alashorda party, participated in a number of counter-revolutionary meetings, where the cases of seizure of the Soviet apparatus and removal of Russians from Kazakhstan were considered, from 1930 to 1933, working as a doctor among those around him, conducted anti-Soviet agitation, kept in touch with the Alash leaders, and discussed with them the issues of systematic counter-revolutionary work in Kazakhstan". For this, he was sentenced to death.

Amire Aitbakin is considered one of the first Kazakhs' doctors. According to official data Amire Aitbakin was born in 1861 in Akbettau parish of Pavlodar district of Semipalatinsk region. He studied at village school, then entered the Omsk gymnasium. In 1882 he successfully graduated from the Omsk Gymnasium and was sent as a teacher to the Omsk Military Gymnasium. Then he was sent as an interpreter to the Office of the Steppe General Governorate. Later, Aitbakin was transferred to Semipalatinsk as an interpreter from the Tatar language under the regional administration. From May 1, 1886 he was approved as a senior assistant of chief D.A. Vraksin in Karkaralinsk district. Some sources say that from 1886 to 1889 Amira held high positions. But in spite of it, he refused an honorary post in the regional administration and chose the path of a doctor, because at that time there was a high morbidity among the population, especially among children. In 1889 he entered the Tomsk Medical University, which graduated in 1894 as a doctor. In 1896 by family circumstances Amire Aitbakin was transferred as a doctor of the 3rd section of Pavlodar parish, at the same time being a doctor of the 1st section of Karkaralinsk parish. In 1898 he departed to Ust-Kamenogorsk parish as a doctor of the 3rd section. From April 8, 1905 by order of the governor A. Aitbakin and his outpatient clinic from Bolshenarymsk moved to Katonkaragai, simultaneously working as the head of the 2nd section of Zaisan district. Two people worked in Katonkaragai outpatient clinic: doctor Amire Aitbakin and paramedic Igilik Bazarov. Along with the outpatient clinic, a pharmacy was opened, which was equipped with medicines brought from Ust-Kamenogorsk and Semipalatinsk. Some medicines are made by Amire himself, using medicinal herbs of Katonkaragai. In Katonkaragai Amire worked till the end of 1917. Complex revolutionary period of 1917-1919. Amire spent in Ust-Kamenogorsk, holding various positions at repeatedly changing regimes. The first Kazakh doctor died in this city in 1919. Together with healing he was engaged in scientific work, investigated useful properties of koumiss. He, relying on experiments, equipment, formulas of chemical scientists, created a chemical table of koumiss composition. For example, he used the experience called "Konig" to determine the volume of protein in koumiss. In the course of his scientific work, he found that koumiss contains fat, sugar, alcohol, carbon dioxide, casein, albumin, hemialbumosis and peptone. This scientific work has not lost its significance to this day.