Home History of Kazakhstan On the activity posse "Memorial Zone"

On the activity posse "Memorial Zone" 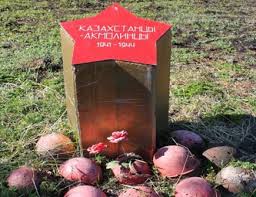 In the postwar years in the field of active hostilities of World War II conducted research dedicated to finding the dead soldiers during the war. In the Soviet Union, the activities of search groups turned particularly active in the late eighties of the last century, having registered in officially recognized by the search movement. In this period of Russian history was marked by such an important turning process as «Gorbachev’s perestroika», which caused the disintegration of the Soviet Union, the formation of a number of independent states, including Kazakhstan.

One of these groups, formalized in this undoubtedly difficult period in our history, became the Kazakh squad of Maidana Kusainova «Memorial Zone», performing search operations near Leningrad (now St. Petersburg).

Since 1988, a search party of M. Kusainova «Memorial Zone» is a difficult, but in his noble work on the excavation, the detection and subsequent burial of the remains of Soviet soldiers who died during the Great Patriotic War. Over the years soldiers and his posse commander identified by the coordinates of three dozen mass graves, regimental and divisional cemeteries 5 infantry divisions; reburied found many Soviet soldiers and commanders; set-label notices, memorials and obelisks; Sinyavino near marshes and heights created memorial zone «Hope»; established strong ties with the Russian search groups; published books, a guide, a historical form, directory, articles on the activities and history of fighting squad Kazakhstan divisions of Leningrad.

As it is known, the search party «Memorial Zone» was created in 1988. However, the preconditions for its creation began long before its formation.
In the spring of 1978, graduate student of the Leningrad Institute of Civil Engineering (hereinafter LISI) M. Kusainov arrived at the station Apraxin near Leningrad, fulfilling his father’s mandate, deputy political commissar company in 1082 Infantry Regiment 310th Infantry Division Komek Kusainova visit the battlefields of Leningrad, and to give his daughter killed fellow soldiers.
Heading according to prepared by father a map of battle positions of 310th Infantry Division, Maidan Kusainov was in dense deciduous forest postwar which grew on the ground fighting between the station and the village Apraxin Tortolovo.
This is how Maidan describes this area: «… At the end of April, I first went to the Sinyavino swamps. I went out of the train at the station Apraxin.
According to the Map-scheme I went along the rails to the east and 2 km from the station along the trail turned left. Tortolovo village had to be in 700-800m from the railway line. My father said that the whole area from the station to the village Tortolovo is open, treeless, and I’m going through the dense deciduous forest. Along forest trails left and right and bomb craters and shell craters… they grow the same trees, then, indeed, post-war trees.
Debris of red bricks and fragments of porcelain plates that came into view in the excavations remind that here once was a village. Excavations are scattered around the remains of Soviet soldiers and Soviet helmets, parts of Mosinsky rifles and unused ammunition. There was a feeling that the war has just ended, but the subsequent search operation for decades have shown — it is still going on…»[1, p. 7–8].

Severe condition of mass graves and places of former battles led him and several graduate students to the idea of LISI near Sinyavino marshes and heights of the memorial area, which was later called «Hope». Summer and fall 1978 graduates conducted reconnaissance, did shooting terrain and fortifications. Also, there was a huge search operation conducted in the Central Archive of the Ministry of Defence. As a result, it was found that in the battles of Leningrad during the period from September 1941 to January 1944, killing more than 100 thousand soldiers and their commanders, most of whom have remained unburied.

Those who had been buried in mass graves mostly remained anonymous because many mass graves, regimental and divisional cemetery were lost during the war or after the war. Another word, entire territory of Sinyavino marshes and heights is a multi-fraternal burial, where the first layer — died in September, October and November 1941, the second layer — the fallen autumn of 1942, and the third layer — killed in the fighting to break the blockade of Leningrad. In the spring of 1979 near the village of Tortolovo was a memorable character «Torch banner», which was cut information about infantry divisions and brigades that fought here. The author of the draft design of the memorial sign was the architect Bekbulat Karakbaev.

In May 1980 was a memorable character «Bayonet» and full house, signifying a border memorial zones in honor of baptism of Novgorod the 310th Infantry Division of the Order of Lenin, the first who attempted to break through the blockade of Leningrad in September-October 1941. Spring — summer of 1981 together with the workers of the production association «Star» were established notices indicating the limits of the memorial area. In this work interrupted and continued only in 1988, when he began to form a search party Akmola student. Whole year headquarters detachment determined its name, goals and objectives in numerous meetings. April 23, 1989 squad flew to Moscow, and from there moved to Leningrad. Thus was formed first Kazakh search group «Memorial Zone» [1, p. 8–11].

Since then, almost every spring squad travels to excavate the area Sinyavino marshes and heights are approximately 60 km from St. Petersburg. Subsequently, the area where the fighters of posse search of dead soldiers got beautiful female name «Hope». Area of search activity fighters of squad memorial area covers the territory of the former villages Mishkin Tortolovo, Gaytolovo and Shingle Lipka. It is through these villages from 8 September 1941 to 21 January 1944 was the forward edge of the Volkhov Front [2, p. 15–16].
It should be noted that heroically fought here on the outskirts of Leningrad, at altitudes Sinyavino swamps 310th Infantry Division was formed in Akmola and consisted mostly of conscripts Akmola, Karaganda, Kokchetav, North Kazakhstan and Kostanay regions. Emerging division headquarters here was placed in the post office building on Lenin Street. By July 30 the formation of the division was completed, and on August 18–19, she went to the area to protect the Volkhov Leningrad. September 9th Division took part in the battle near the village Apraxin Gorodok. Before February 1943 Division held an active defense, and then participated in offensive operations on the Volkhov front. Subsequently, the division received the name of Novgorod [3, p. 113–114; 4, n. 136].

Material heritage of the Great Patriotic War has left a number of issues that had voluntarily adopted search teams of CIS. Among them are the following:
— Lost during the war and the postwar period, the mass graves, the regimental and divisional cemetery, subsequently overgrown woods and bushes;
— Unburied remains of soldiers and commanders found lying down, sitting or even standing in the places of his death, barely covered with earth. Many of them are still unaccounted for;
— Fields left unclean after bombs;
— Unspecified fate of many Soviet frontline fighters and commanders [5, p. 384–385].

In the late nineties of the last century, thanks to the cooperation unit M. Kusainova search teams with the fund in the territory of the Leningrad region were invited to the memorial area search teams from different regions of the Russian Federation, which helped to strengthen the bonds between them, exchange of experience, methods of accounting and retrieving lost names of the dead soldiers, methods of preparation of pupils and students to search activity. Occupation military archeology help searchers find especially small arms and uniforms of Soviet and German soldiers, to identify many nameless graves, the cemetery to find the lost army, to develop its «Kazakh» methods to retrieve lost mass graves and many others As a result of such actions searchers found the lost regimental cemetery 1078 Infantry Regiment, 314th Infantry Division, Division Cemetery 372 Infantry Division, lists of soldiers buried there, medallions with data on wearing their soldiers set obelisks «Star-cranes» on fraternal graves with the names of the buried and pointers leading to them to publish a guide, as well as books and articles on the activities of the group and fighting Kazakh military units who fought for Leningrad [6, pp. 13–17]. 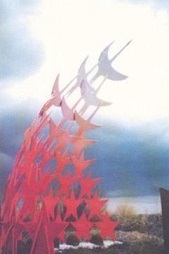 Activities of search teams in the noble task of search and subsequent reburial of the remains of soldiers who fought in the Great Patriotic War, deserves attention of researchers, which should be reflected in the articles, scientific collections, textbooks, monographs. Since it contributes to the preservation of our history the memory of the immortal feats of those who are up in arms defended the freedom and independence of their country in the fight against the fascist invaders and plays a big role in the patriotic education of future generations of Kazakhstan.