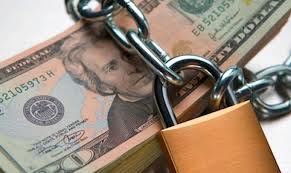 Important feature of measures and means on ensuring economic safety is that in aggregate they have to represent uniform purposeful system.

The essence of economic safety from the point of view of system approach is that each of its elements exists and develops not separately, and together with others and therefore each element is involved in receiving the end result.

It is necessary to understand specially created set of rules of law, legislative and executive bodies, and also means, methods and the directions of their activity as the state system of ensuring economic safety on providing reliable system of objects of economic safety.

The main functions of the state system of ensuring economic safety are:

- identification and forecasting of internal and external threats of economic safety;

- monitoring and assessment of threats by various criteria and indicators;

- formation of economic policy and development of effective mechanisms on prevention of threats;

- choice of the optimum administrative decision on ensuring economic safety;

- focus – means existence of a uniform strategic objective of ensuring economic safety at all levels of economic activity;

- vertical subordination – system has to be built according to hierarchical levels of submission;

- information security, availability and security – allows to take in due time necessary measures at that level which most all needs them, but not allowing information for decrease in level of economic safety;

- scientific justification of ensuring economic safety. This principle assumes professional, scientifically reasonable approach to realization of economic policy at any level of the power;

- the continuity of actions – work of system on ensuring economic safety is constant in time and in space;

- organization and coherence. Observance of this principle will allow each private trader of process of ensuring economic safety to work purposefully, consistently and in coordination with other participants of process;

- legality – ensuring economic safety has to be carried out within the current legislation;

The purpose of ensuring economic safety is achievement and preservation of such security status of national economy at which it, counteracting internal and external threats, can steadily function and is progressive develop.

Important component of system is the mechanism of ensuring economic safety which represents set of organizational and economic and legal measures for prevention of economic threats. It includes the following elements:

- monitoring and forecasting of factors and the risks defining threats to economic safety;

- activities of the state for identification of internal and external threats of safety of economy;

Monitoring of economic safety is the organized system supervision over a course and nature of high-quality changes in the system, its purposes connected with realization and tasks. It is considered as an initial link in system: monitoring – the analysis and diagnostics - correction of policy – achievement of a required security status. Problem of monitoring is not only on supervision, but also accumulation of the facts, statistical I swore as a stage of development of the theory of economic safety.

Monitoring is of great importance for an assessment of state of the economy in the presence of serious intersectoral disproportions, non-optimal structure of economy, mobility and instability of social and economic indicators.

In the mechanism of ensuring economic safety the paramount role belongs to a choice of estimated approaches to the analysis of the economic activity, allowing to predict possible tendencies of development or decrease in level of economic growth. Indicators of economic safety are the indicators characterizing a condition of national economy, its reproduction potential and possibility of fast structural reorientation, and also threat of economic safety.

It is possible to distinguish indicators from indicators of economic safety:

- economic growth (dynamics and structure of national production and income, indicators of volumes and rates of industrial production, branch structure of economy and loudspeaker of separate branches, capital investments, etc.);

- the characterizing natural and resource, production, scientific and technical capacity of the country;

- characterizing dynamism and adaptability of an economic mechanism, and also its dependence on external factors (a rate of inflation, deficiency of the consolidated budget, action of the external economic factors, stability of national currency, internal and external debt);

- qualities of life (gross domestic product per capita, level of differentiation of the income, security of the main groups of the population with material benefits and services, working capacity of the population, state of environment etc.)

For economic safety indicators, and their threshold values have value not. Threshold values are the limit sizes which non-compliance with values interferes with normal process of various elements of reproduction, leads to formation of negative, destructive tendencies in the field of economic safety. As an example (in relation to internal threats) it is possible to call unemployment rate, a gap in the income between most and least provided groups of the population, rates of inflation. Approach to their maximum permissible size testifies to increase of threats socially - economic stability of society, and excess limit, or threshold, values - to the introduction of society in a zone of instability and the social conflicts, that is to real undermining economic safety. From the point of view of external threats maximum permissible level of a public debt, preservation or loss of positions can act as indicators in the world market, dependence of national economy and its major sectors (including the defensive industry) from import of foreign equipment, components or raw materials.

Ensuring economic safety of the country demands creation of the corresponding infrastructure penetrating everything of a field of activity of executive and legislative branches of the power. So, within executive power it is created on spheres of distribution of responsibility for national and economic security as a whole (Security council and structures coordinated by it) and in the functional directions of economic safety (The government of RK and structures entering into it with allocation of the corresponding directions). The hierarchy of the power of power structures defines also derivative infrastructure of system of economic safety of the Republic of Kazakhstan.

Due to the wide range of questions, connected with ensuring economic safety of the country, the system of control bodies as hardly one service will be able effectively to resolve this problem is necessary. So, in Kazakhstan it is necessary to develop the organizational mechanism on regulation by special government bodies of the world financial streams influencing the republic, according to its national interests (including measures for prevention of negative influence on reproduction processes of foreign loans, or on prevention of emergence of any financial obligations which haven't been supported with legal or ethical standards).

Economic intelligence has to become the main component of this mechanism. Economic intelligence is a system of the information networks, capable to carry out search, processing and distribution of information useful to national economy and its subjects. For example, in the USA it is Central Intelligence Service (CIS) department under the name StrategicandBusinessGroup, in Japan – Department of Research and Planning, in Sweden – Defense Research Establishment, and also SAPO (service of national security). As types of prospecting activity act:

- monitoring of foreign technological achievements which can negatively affect competitiveness of separate branches of national economy; the international financial markets for the purpose of forecasting of speculative operations or the situations, capable to destabilize national economy;

- supervision over the markets of merges and absorption; behind power sources and strategic raw materials with the purpose to prevent unexpected interruptions in supply; behind behavior of large multinational corporations.

The basis of the organization and functioning of the state system of ensuring economic safety consists in the analysis of the concept of threat; to assessment of nature of real and potential internal and external threats, crisis situations, the adverse factors constituting danger to economy and interfering achievement of the set national purposes. The range which was formed at the present stage of external and internal threats of economic safety of Kazakhstan objectively demands adequate and system actions on their overcoming. First of all it is necessary to develop the State strategy of economic safety of the Republic of Kazakhstan on medium-term (till 2020) and long-term (till 2050) the periods. On its basis various industry programs have to coordinate among themselves, and their implementation – to lean on mechanisms of strategic planning.

Panzabekova A.Zh. manager. department of the theory of national economy and development of the economic relations, Cand.Econ.Sci., associate professor