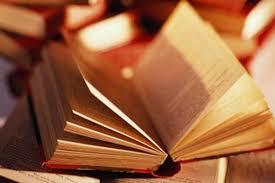 Tsarist colonial policy had a strong influence on the political views of the Kazakh youth. Strengthening the colonial policy required from the Kazakh national intelligentsia new tactics and strategy. Therefore, in this period, the obtaining the freedom was not going through the shedding of blood, but through the political struggle to find new ways and means of struggle. The idea of Muslim unity of all peoples, based on the pan-Islamic movement, served to unite the Turkic- Muslim movement of Russian colonies and contributed to the growth of anti-Russian sentiment. At the turn of the century the growth of national consciousness was largely due to the merger of two ideas — enlightenment and religion, received its final shape in Jadidism. It should be noted that the Kazakh intelligentsia formed its national ideology of the national liberation movement of the Kazakh people — Alash.

Today in the mass consciousness and journalism of Eastern countries not so often can be seen the rating of Jadids of past, also (their followers today) like «collaborators «,russifiers, the enemies of Islam, as Jadidism is a fairly wide range of views and approaches, which was formed around the idea of modernization of traditional Muslim society. Starting as a reform of traditional Islamic education, Jadidism has grown into a broad movement of Islamic intellectuals, mostly the Turkic peoples of the Russian Empire, for the modernization of traditional Muslim societies and enhancing the role of Muslims in social and political life of Russia.

Certainly, one thing cannot be denied that among those who called themselves Jadids (i.e. literally «new») could be supporters of extreme views modernists, westernizers, secularists and so on. There is a tendency to show Jadids only as fighters against colonialism (Alash-Horde in Kazakhstan), ignoring their Europeanism. Therefore it is extremely important now to define the essence Jadidism as a truly Islamic response to the challenge of the West. A. Bennigsen was right when called Jadidism «diamond» of Islamic civilization.

Growth of the national liberation movement of the Kazakh people came together with the growth of the entire Muslim movement in the Russian Empire. Therefore, the tsarist government to combat Islam went on various traps and tricks, to the point that spoke of the «pan-Islamism» and «pan-Turkism» among the Muslims of the Russian empire, which actually was not. All this was necessary for tsarist government to separate the actions of Muslims of the Russian empire.
It says everything about how deep help played in establishment of a link with all the Muslims of the Russian Empire in their fight for human rights and freedom of Islam. As well as how dangerous Islam was represented to the ruling authorities in their quest to establish a complete hegemony over the Muslim peoples of the empire. However, the situation that happened in the Muslim part of the Russian Empire prevented joint action of all the Muslims. So in different parts of Russia it was going to be different, as it absorbed the traits of their national, having a unique flavor.
In Kazakhstan, it is reflected in the national liberation movement — Alash. The main task of the new Kazakh intelligentsia and Muslim clergy was not the issue of the release of all Muslims of the Russian Empire from tsarist stronghold, and was only the desire for liberation only his Kazakh people. In this noble cause Kazakh intelligentsia and Muslim clergy beginning CC century could show itself as a genuine defender and the aspirations of its people.
Newspaper «Kazakh» and the magazine «Aikap» where rallied the entire advanced Kazakh intelligentsia became a real voice and a tribune of the people. The views of Kazakh intellectuals merged in one to protect their people and all Muslims living in the territory of the Russian Empire. However, for the further development of Islam alone, the future structure of the life of Kazakh people as a whole, between the representatives of the Kazakh intelligentsia were different points of view. The differences of opinion over the future development of the people are most clearly expressed by the All-Russian Congress of Muslims held in 1914. The leaders of Kazakh intellectuals such as A.Bukeyhanov and B.Karataev defended different perspective on the development of Islam, language, culture and traditions of Kazakh people.
Kazakh progressive Muslims like M. Kashimov, Sh Kudaiberdiev and M. Kopeev khojas not only support the activities of the leaders of the Kazakh intelligentsia, but also actively participated in all endeavors intellectuals rallied around the newspaper «Kazakh» and then became the head of state — Alash — Horde.
Kazakh intellectuals and progressive Muslims in the face of mullahs and khojas were able to adequately respond to the challenges of time and lead all people of Kazakhstan. Despite the difference in views of the Kazakh intelligentsia about the future development of Kazakhstan, all of them united by one idea — to give rights, land and freedom to its people, and protect their culture, language, traditions and religion.

Use of materials for publication, commercial use, or distribution requires written or oral permission from the Board of Editors or the author. Hyperlink to Qazaqstan tarihy portal is necessary. All rights reserved by the Law RK “On author’s rights and related rights”. To request authorization email to mail@e-history.kz or call to 8 (7172) 57 60 13 (in - 1163)
Қазақша Русский English
MOST READ
Month Year
How had the World War II been started?
Today is Kazakhstan Police Day Doctors-comrades-in-arms of A. Bukeyhanov Karaganda coal and the merchant Ushakov The great son of the great steppe Kassym-Jomart Tokayev sent a telegram to UN Secretary General António Guterres History of pandemic in Central Asia The excavation works in the town of Syganak Living for the Kyrgyz account Kazakh dissidents: Amangali Kenzheakhmetuly, known as the “Gang” A death of Ulugbek How had the World War II been started?

Materials on theme
Fiction.
Science.
Modern cultural processes.
Overcoming of mass illiteracy of the population and development of national education.