History of creation of multinational society in Kazakhstan 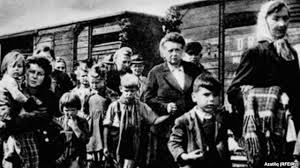 The history of Poland has been related with the history of Kazakhstan over the last 200 years. "Poles, the name of nation is Poles, the language is Polish. Live in different regions of the Republic. Live more compactly in the Northern Kazakhstan, Akmola, Karaganda, and Kustanay regions. Representatives of this nation inhabit almost all European and American countries" [1, 528].

For the first time Poles appeared on the territory of Kazakhstan in the 18th-19th centuries. They were Polish rebels deported to the region by the Tsarist Government. Local authorities forcibly included them into the groups of Yaik and Siberian Cossacks. "In the mid-nineteenth century there were around 223 Poles in Northern and Eastern Kazakhstan "[2,129]. The significant part of them was representatives of Polish elite — noblemen. They were poets, writers, artists, physicians, engineers and lawyers. They made a special contribution in investigation of history and culture of Kazakh nation. For example, Zatayevich Aleksandr Viktorovich (1869-1936) — famous Soviet musician- ethnographer and composer, People’s Artist of the Kazakh SSR. He wrote down 2300 of Kazakh folk songs and instrumental compositions (kyuys). In 1931 for the first time he published the collection of Kazakh musical folklore.

The next wave of migrants included those deported during the World War I. Significant number of migrants was sent to Kazakhstan. According to the 1921 Riga peaceful treaty, Poles obtained the right to return to Poland. After this agreement some Poles came back to their Motherland. According to the results of the 1926 Census 1897 Poles lived in Kazakhstan. They had a status of full citizens.

New wave of mass migration to Kazakhstan happened during the Soviet rule. In the end of the 1930s — beginning of the 1940s the basis of resettlement policy conducted by Stalin and his supporters was formed by allegedly "hostile" stance of the whole nation towards the Soviet Union.

The first blow fell upon Germans who lived within the borders of autonomous republic of Germans in the Volga region. They were evicted for their close "contacts with the Third Reich" (though there were no any ascertained facts). Germans who lived on the territory of Caucasus and the Crimean Peninsula were also forcibly moved.

1944 became the most difficult for many deported people. A scourge struck Chechens and Ingush. On February 23, 1944 mass deportation of the Vainakh began. On March 8 of that year the "operation" on eviction of Balkars was conducted. Chechens, Ingush, Crimean Tatars, Kalmyks, Karachais, Meskhetians, Greeks, Bulgarians, and Kurds also experienced deportation.

Over the years resettlement of Poles to Kazakhstan from Ukraine and Belarus, conducted in accordance with the Laws of 17 January 1936 and 28 April 1936, was a blank spot in the history of this nation. Eviction of Poles continued in 1937 as well. The status of "special migrants" became their destiny.

In 1939-1940 Poland was occupied by Germany resulting in fleeing on Poles to the territory of Ukraine and Belarus. In October 1940 using the right of refugees they moved to Kazakhstan. They were treated in a different way than other deported nations. After the War they obtained the permission to return to their historical homeland, except "special migrants". Those Poles who stayed in the USSR formed modern Polish diaspora. At the present time the history of their arrival and integration into common processes of Kazakhstan’s development are actively investigated, however, some aspects of adaptation of Polish nation are still in need of detailed analysis. To do this it is necessary to introduce qualitatively new sources especially related to deportation of this national group to Kazakhstan.