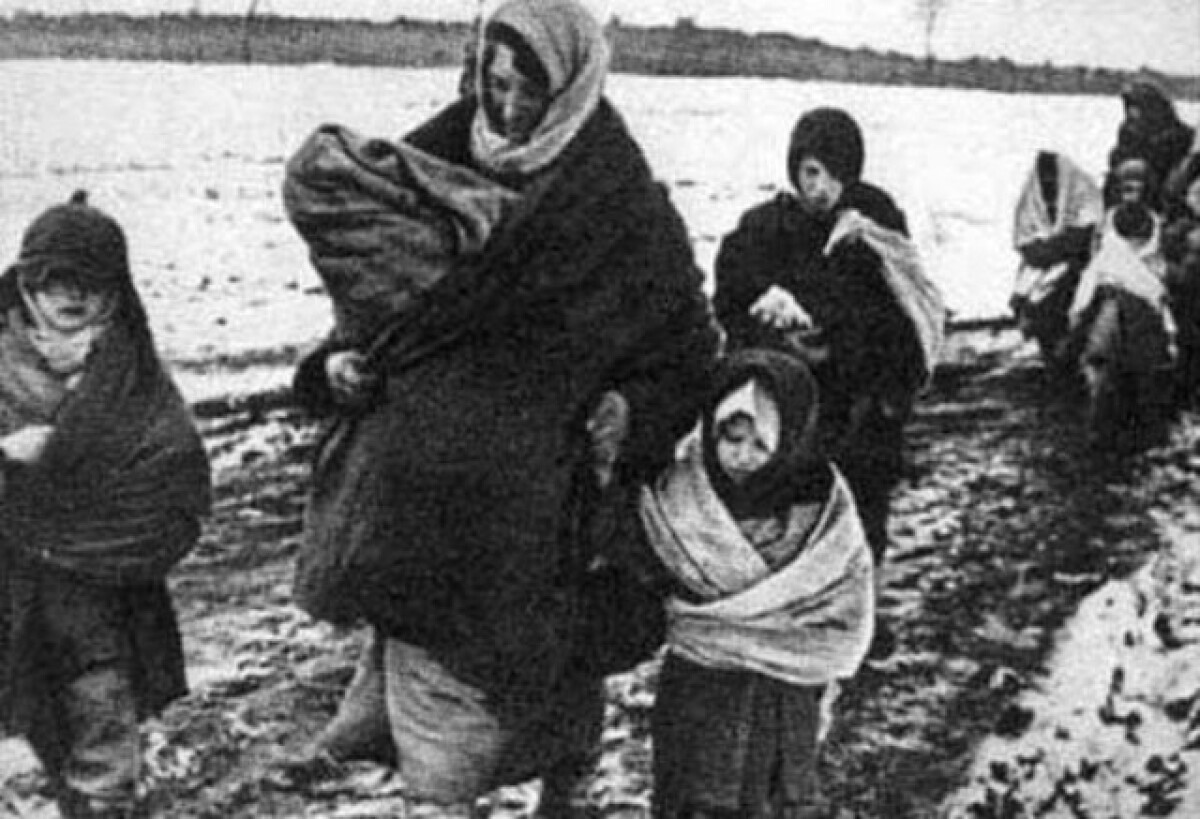 During the powerful socialist modernization, major changes have occurred in the socio-demographic structure of the population of Northern Kazakhstan, inaugurated by the mass migration of peasants from the central regions of Russia in the late 19th — early 20th century.

Thus, the main characteristic of social and demographic processes in 20–30’s was a mass migration movement in Northern Kazakhstan from Russia, Ukraine, Belarus and others republics. So, in 1923, only 130,000 applications for resettlement was filed in Russia, and in 1924 — already 150 thousands in Ukraine.

Belarus and Chuvashia asked to arrange the land until 1930 for more than 1 million people. From 1923 to 1924, the rural population of Kazakhstan has increased by almost 270 thousand people, or 7.7%. 5th All-Kazakh party conference in December 1925, stated «… in Kazakhstan continue to continuously arriving frames persons… from Central Russia and Siberia».

In the end of 20s, due to collectivization plans and development of socialist collectivization of agriculture was decided to learn the so-called «idle land» in northern Kazakhstan. It was scheduled to enter into economic circulation vast areas acreage suitable for grain farming, which twice larger the territory of Ukraine.
A significant amount of the labor force was required for development of the vast lands. Only in the first five-year plan was planned to receive 500 thousand people or 90, 909 families.

On March 13, 1929, the Resettlement Department of KazASSR and country resettlement offices were organized to carry out the migration.

The largest plan for managing peasant families was in Pavlodar, Semipalatinsk and Petropavlovsk districts. During 1938–1940, employable population of the country increased by 5.4% as a result of the migration.

Dynamic of population of Northern Kazakhstan in the period 1926–1939 is shown in Table 1.

Table 1. Dynamic of population of Northern Kazakhstan in the period 1926–1939

In 1939, as in the whole of Kazakhstan and the region, the population in the North Kazakhstan, Pavlodar and Kostanai areas also decreased. Akmola region’s population has increased due to the active influx of migrants from the central regions of the Union, and reached 458,509 people.
The most populated region remained North Kazakhstan with a population 541, 527 people. However, the decline of population in this area during the 1926–1939 was the most significant.

By the end of the recovery period of the population of Kazakhstan was predominantly rural, urban according to the census in 1926 was only 8.3%.

In the second half of the 30s, the processes of urbanization and the associated growth of the urban population were in northern Kazakhstan and in all other areas.

Thus, if the whole urban population has reached 27.8%, then in the North Kazakhstan this percentage was lower, it was only 16.3%.In terms of the most urbanized areas in the region could be considered as the North-Kazakhstan region, the proportion of urban population which was 20.5%, while the least urbanized — Kostanai, where population barely reached 13.3%.Comparing with other regions and the average proportion in the country as a whole, the level of urbanization in northern Kazakhstan was low.

Nevertheless, as in the whole of Kazakhstan, urbanization had been increasing in the North Kazakhstan region. So, if in 1926 the population was 12,781 people in Akmolinsk, then in 1939 it reached 33,221 people, i.e. increased more than two and a half times. In Pavlodar and Kostanai population increased, respectively, with 17,949 people up to 28252 people and 25417 people up to 33522 people.
The rural population was declined in its numbers in all areas. Thus, the rural population of the North-Kazakhstan region decreased to 430,607 people, Akmola — up to 388,152 people. Kostanai — up to 318,967 people and Pavlodar — up to 217,448 people. The greatest reduction occurred in the rural population in North-Kazakhstan and Kostanai areas. The most significant influence on this process has had a famine of the early 30’s in Kazakhstan.

Therefore, there were several key factors that have the most significant impact on population dynamics in Kazakhstan as a whole and in northern Kazakhstan in particular.

First of all, the study period showed the largest percentage of the entire Soviet period in the history of Kazakhstan population decline, primarily indigenous — Kazakh, which was caused by the terrible famine 30s.

During this period there was decrease of population related with hunger in 1932–1933.
All ethnic groups of the country were affected by famine. Mortality among Russian two times had increased in Uralsk, the same situation was observed in Kostanai and Petropavlovsk. Mortality among Kazakhs in cities was even higher, as in Kostanai as well as in Petropavlovsk it exceeded the birth rate more than doubled. Natural increase in the first five months of 1933 was negative in all the cities of Kazakhstan. Mortality was almost twice the birth rate in Akmola and others.
The Stalinist genocide mostly affected indigenous Kazakh population. Thus, victims of hunger during this period became 1 million 750 thousand people or 42% of the total population of the Kazakh population in the country. The number of Ukrainians also decreased from 859.4 thousand to 658 thousand people, Uzbeks — from 228.2 thousand to 103.6 thousand and etc. Most affected by hunger Kazakhs eastern regions of the country, where the losses were more than 60% of the Kazakh population. In northern Kazakhstan was lost 400.9 thousand people or 51, 4%, i.e. more than half of the representatives of the Kazakh population. If we take the number of dead and irretrievably lost, the share of losses in North Kazakhstan reaches 22.3%.

In 1936, the average birth rate exceeded the death rate by 38.9%, in Northern Kazakhstan by 67.6%. Only in 1939 was first noted wholly positive balance in the relationship between 'births and deaths in all the regions of the «kulak links», including in Kazakhstan.

The rapid development of industrial production in Western Kazakhstan and arrival here more and more people contributed to the development of the social infrastructure of the region and its cities. So, for example, already in 1961, it was decided that «considering the request of Aktau village council and the availability of facilities, faculty and student population in the village of Aktau, transfer a new network of seven years of children’s music school of Makat district in Aktau village council». In the same year Aktau seven-year school converted into a secondary school, which by the end of the year gets a new building for 520 seats. The school had 34 teachers, 15 of them with higher education.

Use of materials for publication, commercial use, or distribution requires written or oral permission from the Board of Editors or the author. Hyperlink to Qazaqstan tarihy portal is necessary. All rights reserved by the Law RK “On author’s rights and related rights”. To request authorization email to or call to 8 (7172) 57 14 08 (in - 1164)
Қазақша Русский English
THE MOST WIDELY READ
Year
On How Kazakhstan Ended up as part of Tsarist Russia Kunaev Dinmukhamed Akhmedovich Recorded history of Kazakhstan. Part 2 The title of “Folk hero” was posthumously awarded to three veterans of the Great Fatherland War Union of the Archives and Library A great son of the Kazakh steppes People who eat horses will kill you Recorded history of Kazakhstan. Part 1 Burial mounds of the southwestern part of the Semirechye region The referendum on the Constitution is a significant stage of democratization Rebooting a field of science and education Kazakhstan's participation in the Winter Olympics has a long history
Polls