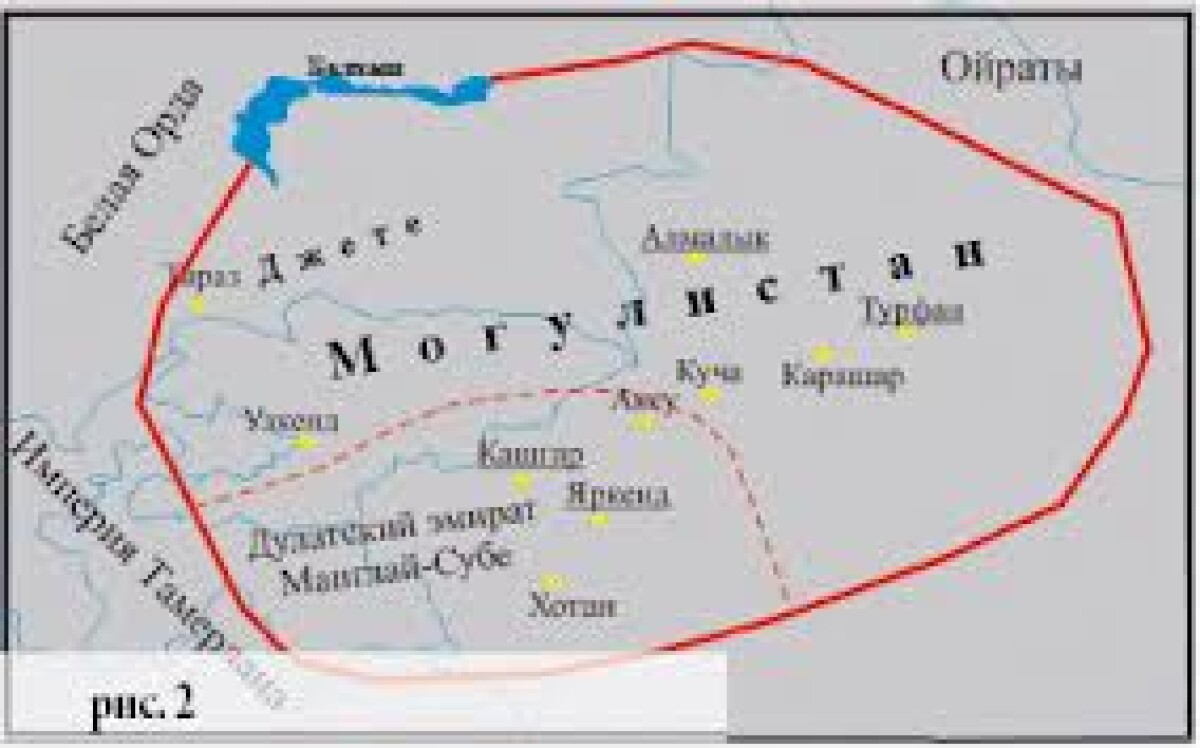 Moghulistan formed as a result of the fall of the Chagatai Khanate in south-eastern Kazakhstan in the middle of the 14th century.