The conquest of Transoxiana 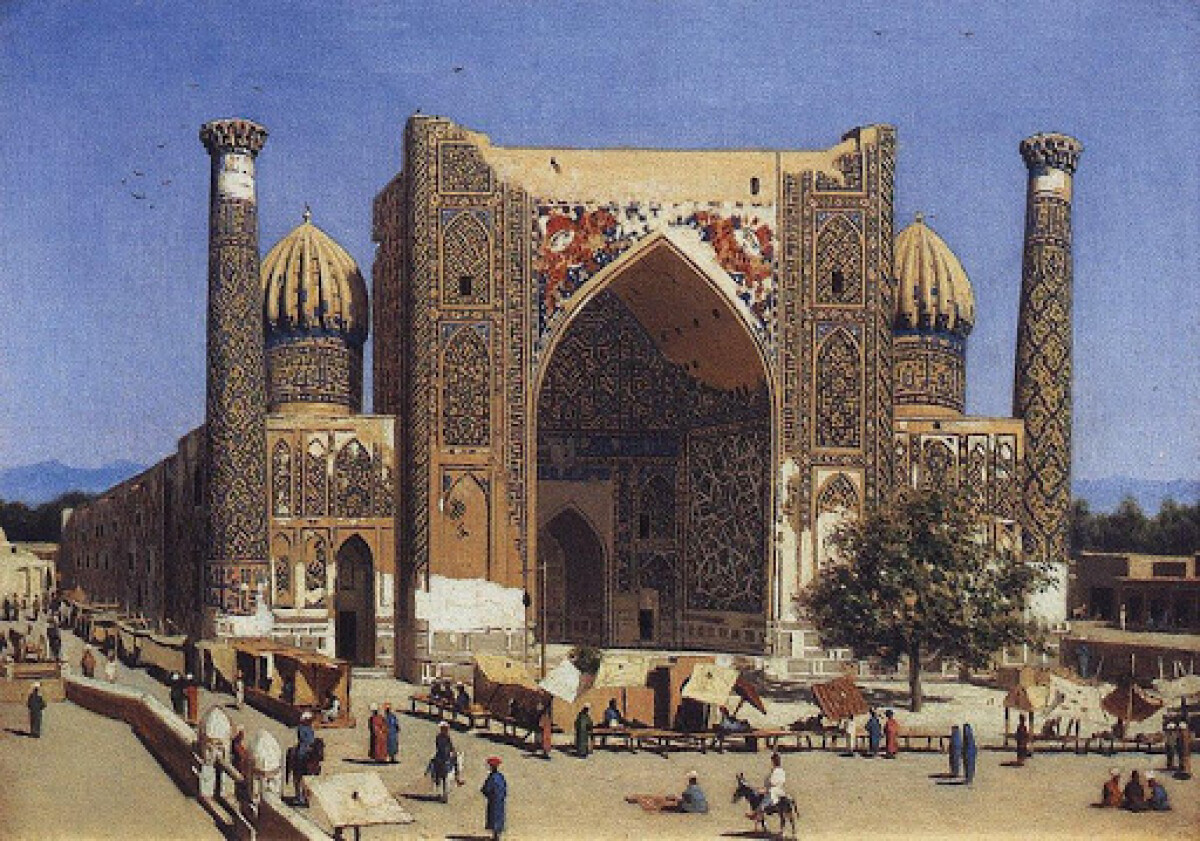 Internal wars, social contradictions of the second half of the 10th century had their impact on weakening powerful Samanids. The peak of crisis was during the reign of Nukh ibn Mansur (977-999).

Using the fact that the leader of the Turkish guard (gulyama), united with heads of Muslim clergy and Dehkan aristocracy, appeared against the central power of samanids, in 990 Hassan (Harun) of Bogra Khan captured Ispidjab. As a result of weakening power of Samanids’ emirs Karakhanids seized the city without resistance of indigenous people. On the contrary, appearance of troops at the city’s walls with approval was met by local government.

Nuhk’s attempts to protect the state did no yield the positive results. It was impossible to lift the population against Karakhanids under the slogan of jihad as Karakhanids practiced Islam. The deputy of Khurasan Abu Ali Simdzhuri concluded the secret agreement with Hassan Bogra Khan suffered defeat owing to change of the chief of troops Turkoman Faik who joined Bogra-Khan and moved to Bukhara. As a result of this change Karakhanid troops, without effort captured the capital of the Samanids Emirate — Bukhara. Nukh forced to flee to Amul.

This easy victory encouraged Bogra Hassan Khan to new actions directed on expansion of state’s territory. Thus, after two years Karakhanids invaded Bukhara — the capital of Samanids. After Karakhanids won a victory jubilation of Bogra Hsan Khan did not last song: he was forced to leave Bukhara and Samarkand and to the Semerezhie. He did on the way to Turkestan in 992 in the area Kochgar-bashi [1]. Karakhanids troops, after capturing rich booty, returned to Fergana.

Such retreat historians connect to threat of an aggression from the tribes living in Dzhend’s region and helping Nukh ibn Mansur.

Failure in conquest of Transoxiana did not stop Karakhanid. In the same 992 Hassan’s son Yusuf Kadyrkhan won Hotan, and in 996 the son Ali Arslan Khan Nasr undertook a new campaign on Samanids.

Karakhanids had all privileges. Thus Nukh ibn Mansour had to ask help from his Gaznevid vassal Sebuk tegin. For the last one remained nothing but to conclude agreement with Karakhanids according to which in the power of last there were possession of Samanids in the territory of Syr-Darya’s basin. The areas around the South from Amu Darya passed to Gaznevid. Katvansky steppe was the boundary between the states of Samanids and Karakhanids.

In the north, the boundary between Karakhanids and borders of the Kypchaks Khanate passed near Taraz. On north-east of Karakhanids’ possession stretched to Cherchen. In the west and the southwest the movement faced with resistance from Seldzhukids (in the Southern Turkmenistan) and Horezmshakhs (in lower reaches of Amu Darya).

Throughout two subsequent centuries the territory of the state of Karakhanid stretched from Transoxiana (interfluve of Amu Darya and Syr-Darya) in the West up to Semireche and Kashgar in the east.

Although, it was not enough for Karakhanid’s leader: he was still interested in the capital of Samanids, Bukhara, where 3 years later in 999 the troops of Nasr Ibn Ali (son of Ali Arslan khan) moved. Karakhanids won a victory, due to continuous contradiction between the people and Samanids governors, the destiny of which was indifferent for ordinary people. Nukh Ibn Sansur’s son Abd Al-Malik and family members became the prisoners of Uzgend. The brother of the last Samanids Emir Abd al-Malik, Abu Ibrahim Ismail (nickname Al-Muntasir) continued fight against Karakhanids. Same as his father, he asked for help of Gaznevids’ governors.