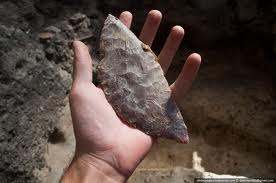 During 1930-1980-s in the region of the Ural and Irtysh Rivers approximately 90 monuments of the Eneolithic epoch were discovered and investigated.

During 1930-1980-s in the region of the Ural and Irtysh Rivers approximately 90 monuments of the Eneolithic epoch were discovered and investigated [1, p. 134; 2, p. 16; 3, p. 30]. In the result, the epoch itself and the following local Eneolithic cultures were defined: the Botay [1], the Tersek [2], the Surtandy [4], the Kysykul cultures [5]. But the detection of these cultures is the result of archaeological researches of 1960-1980 and connected with the names of V.F. Zaibert, S.S. Kaliyeva, V.N. Logvin, L.Ya. Krizhevskaya, G.N. Matushin. At the same time, special literature do not give full description of the activity of the first researchers of the Eneolithic materials of the region and adequate assessment of their contribution to the study of the epoch. The present article examines the solution to these problems. However, first of all, it is necessary to make a note that the first researchers of the Eneolithic ancient remains of the region under consideration often didn’t distinguish two terms “Eneolithic period” and “Earlier Bronze” and many Eneolithic materials were named the materials of the Earlier Bronze.

The settlement Kysy-Kul, discovered by K.V. Salnikov, became the first investigated Eneolithic monument of the basin between the Ural and Irtysh Rivers [6]. The monument was located on the South-Eastern bank of Kysy-Kul Lake in 10 km from Miass city and occupied two (separated by 1-meter ledge) platforms at different levels. L.Ya. Krizhevskaya notes that in his report K.V. Salnikov attributed both Eneolithic and Gamayun crockery of the early Iron Age to the united early bronze complex of ceramics [5, p. 36, note. 18 on the p. 37].

In 1945 A.N. Formozov, A. Cheltsov and K. Khodasheva, members of zoological expedition of the Moscow State University, headed by the professor A.N. Formozov, collected materials of ancient culture near Naurzum village and in the region of the relict pine wood Tersek-Karagai. All obtained materials were transferred by zoologists to the State Historical Museum (Moscow) where scientists of this institute developed plans on their investigation [7, p. 70; 8, p. 50]. As A.A. Formozov outlined, there was noted at the All-Union Archaeological Conference in 1945 that “ancient remains of the Bronze Age of Kazakhstan are the most poorly studied. Therefore, significant efforts of Soviet archaeologists should be focused on this direction” (citation from the Materials for the All-Union Archaeological Conference, edited by academician V.P. Potemkin, Moscow, p 46) [8, с. 52].

In 1946 the State Historical Museum conducted first archaeological exploring near Naurzum village [8, с. 52]. At the same 1946 year A.A. Formozov for the first time published materials from collections obtained near Naurzum village and in the region of Tersek-Karagai the main part of which were attributed by him to the beginning of the Bronze Age [8, с. 51].

Researches of K.V. Salnikov and A.A. Formozov became the basis for the investigation of the Eneolithic period of the region for the following decades.

Use of materials for publication, commercial use, or distribution requires written or oral permission from the Board of Editors or the author. Hyperlink to Qazaqstan tarihy portal is necessary. All rights reserved by the Law RK “On author’s rights and related rights”. To request authorization email to mail@e-history.kz or call to 8 (7172) 57 60 13 (in - 1163)
Қазақша Русский English
MOST READ
Month Year
The referendum on the Constitution is a significant stage of democratization
Philosophy of the Emblem
The rural akims: the country's hope is in the elections
Kazakh historical drama Tomiris premiered in Istanbul
Stolypin about the worries and hopes of immigrants to the Kazakh steppes
ALASH IDEA IS THE PROTECTION OF KAZAKH STATEHOOD
A tireless explorer of the Kazakh land
SWITCHING TO THE LATIN ALPHABET – UNITE ALL KAZAKH PEOPLE
Kunaev Dinmukhamed Akhmedovich
People who eat horses will kill you
Kazakhstan's participation in the Winter Olympics has a long history
Rebooting a field of science and education
Recorded history of Kazakhstan. Part 1
Materials on theme
Man stretches his back
Speaking Stone
Kazakhstan in the Stone age
The Upper (late) paleolith