Home Historical education "History – a treasury of our acts …" 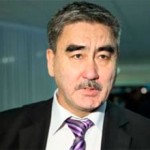 The historical science of Kazakhstan should solve the questions at issue demanding new approaches, reconsiderations of historical process, formation of new historical thinking.

To me honor to participate in work of enlarged meeting of the Interdepartmental working group on studying of national history of Kazakhstan under the leadership of State secretary Marat Tazhin in which report interesting conceptual ideas sounded dropped out. Meeting became really sign and first of all because on it put the beginning of a new stage in development of domestic historical science. Carrying out such large-scale forums, in my opinion, imposes huge responsibility on science of Kazakhstan. The algorithm of our movement was defined by Strategy "Kazakhstan-2050" in which the President of the country – the Leader of the nation Nursultan Nazarbayev accurately specified reference points of development of our state.

During disintegration of the USSR, I mean the 90th years of the XX century, fell not only political life, there were no elementary food and clothes. Then many people were captured by despair. And only the iron will and confidence of the First President of the country allowed all of us to leave this condition. Under its management in Kazakhstan the deepest economic and political reforms were carried out, stability was established. Exactly during this period Kazakhstan citizens have freedom opportunity – both political, and economic. Multi-party system developed, there were available funds of mass information, the science became free also.

The impulses which have been set during this period, were deep and very fruitful – earned domestic market, "from knees" the industrial enterprises rose. As a result promptly the social status of Kazakhstan citizens began to improve. Despite existing great difficulties, Kazakhstan managed to carry out demarcation and delimitation of the borders. I will add that in our region some countries still didn't resolve these issues. For Kazakhstan as young state such achievement became global success. Thus, we took a worthy place in a history stream.

Finding by Kazakhstan of the sovereignty gave a huge impulse to development of domestic historical science. Ideological barriers were removed, scientists at last received freedom and fine opportunity for in-depth scientific studies, disclosures so-called "white spots", for participation in target programs, including such, as "Mdeni мұра" and "yly қазына". Before us archival funds opened, the most valuable manuscripts became available. The state started restoration of monuments of material culture, including the sultan Beybarsa in Damascus, new monographs and collections began to be published. The law "About Science" which has fixed new model of management of the scientific sphere, even more strengthened positions of scientists.

Great Spanish writer Cervantes spoke: "History – a treasury of our acts, the witness to the past, an example and lecture for the present, caution for the future". His ideas introduced in absolutely other time, are actual and today. For further development of historical science of Kazakhstan we first of all need to overcome a fragmentariness of historical researches, to update their quality and methodology. As the State secretary noted at meeting, for the last two centuries the historical science of Europe endured two methodological revolutions. And our historical science works still on old templates.

Thus we shouldn't forget that historical science as any another, bears huge social responsibility. After all the knowledge of national history is the main base and a source of patriotism and love to the Fatherland.

Secondly, systemacity and complexity of researches has to become the main vector of development of historical science. And for this purpose it is necessary to develop the general concept of history of Kazakhstan at qualitatively new level. And to develop historical science in close coordination with a world history, to achieve a clear understanding of a place of Kazakhstan in global historical processes, system of their interrelation and a scientific periodization. That is the historical science of our Fatherland has to become integrated and recognized in world scientific space. "Growth diseases" about which scientists often speak, need to be overcome already. Therefore the meeting which has passed on June 5, I consider critical in this process.

Thirdly, the Kazakhstan historical science still was in a vice of former methodological school, investigating only narrow framework of national history. Long ago I came it is time to move apart the horizons of the historical past of Kazakhs. Intensive processes of ethnogenesis of ancient Turkic peoples, the population of the Golden Horde – all these historical periods need to be studied and reinterpreted more actively. For address studying of the past together with the Ministry of Education and Science and the Ministry of Culture and information the big group of scientists who should study archives of these countries thoroughly was sent to China, Iran, Turkey, the Arab countries, Mongolia, Russia, Great Britain. Work on research of the ancient and early medieval period of Kazakhstan on monuments of material culture will be continued. In my opinion, it is necessary to introduce quicker into circulation the most important documents of our past, to use data of such sciences, as anthropology, the geneticist more widely. The organizations of important researches the role have to play not only research institutes and chairs, but also public associations of historians, first of all the Congress of historians of Kazakhstan.

At meeting of the Interdepartmental working group speech also went about preparation of textbooks and the anthology of history of Kazakhstan where the most basic provisions of national history will find reflection. Groups of experts are already created and work over the draft of books. For broad involvement of scientists and teachers to this major project the structure of a group of authors included outstanding scientists.

The newest period of history of our country is remarkable that all ethnoses living in Kazakhstan, amicably participate in construction of the independent state. This fact finds worthy reflection in researches of my colleagues – Azimbaya Ghali, Kamal Burkhanov, George Kana, Ziyabek Kabuldinova and others.

Further. For formation of national history, in my opinion, a number of large organizational measures is necessary. As Secretary of State Marat Tazhin noted at meeting, it is necessary to stop reduction on various pretexts chairs of history of Kazakhstan. For example, than to explain abolition even at large universities of specialized chairs of national history? Moreover, rectors of higher education institutions quite often reduce allocated quotas for students of unhistorical disciplines. Such tendency of reductions is dangerous that in the future can strongly strike on formation of the case of historians. These and many other tasks demand from us huge efforts, unity and desire to increase riches of Kazakhstan.

Today we are on the threshold of grandiose social changes, in fact, we are witnesses of the birth of new civilization way in which the sphere of work, managements, education and leisure essentially changes. In our society there are essential changes in perception of the world. The reality such is that not only domestic, but world historical science is on the threshold today of a new stage of development which is caused by modern global challenges in financial, political and humanitarian spheres. The historical science of Kazakhstan also should solve the questions at issue demanding new approaches, reconsiderations of historical process, formation of new historical thinking. In this regard I consider that not so casually in the performance at the XX session of Assembly of the people of Kazakhstan the Head of state noted: "In the conditions of global challenges we will be able to give the adequate answer only on condition of preservation of our cultural code: language, traditions, values …", and in order that "... to lift national spirit on due height, it is necessary to realize accurately, what our real history …" The Task set by the President, has to become an imperative of activity of the Kazakhstan historians.

For years of independence it is made, of course, much. But at the same time there are key problems which slow down development of historical science. I will stop on some of them. As to me sees, definition of the main ways of further development taking into account the most important achievements of world experience has to become the major task. In world science baggage of knowledge a little demanded in domestic science is saved up solid, but, unfortunately. Other painful point is aging of scientific and teaching personnel and in this regard – the arisen deficiency of experts. Besides, researches both the Soviet period, and a modern era are actual. I will emphasize special importance of the latest period of national history which began in 1991 when there were basic political and social changes in Kazakhstan. I think, in this regard there would be expedient a carrying out forums of domestic and foreign scientists on the basis of Institute of history of the state on which fundamental issues of specification of a periodization of national history and other scientific problems would be resolved.

I would like to note that only joint efforts of representatives of all social humanities we will be able to promote our main goal – formation of the all-Kazakhstan historical consciousness. By a today's boundary scientists-historians came not empty-handed – strong state support allowed us to overcome peculiar "Rubicon". Ended meeting of the Interdepartmental working group, conclusions and the tasks set on it, show that today we rose by a new step of scientific researches.

director of Institute of history of the state of the Ministry of Education and Science of RK, academician, doctor of historical sciences, professor

Use of materials for publication, commercial use, or distribution requires written or oral permission from the Board of Editors or the author. Hyperlink to Qazaqstan tarihy portal is necessary. All rights reserved by the Law RK “On author’s rights and related rights”. To request authorization email to mail@e-history.kz or call to 8 (7172) 57 60 13 (in - 1163)
Қазақша Русский English
MOST READ
Month Year
Recorded history of Kazakhstan. Part 2
Heroic mothers of the great steppe
How had the World War II been started?
Philosophy of the Emblem
14 monuments at Tekturmas
The rural akims: the country's hope is in the elections
Kazakh historical drama Tomiris premiered in Istanbul
Stolypin about the worries and hopes of immigrants to the Kazakh steppes
ALASH IDEA IS THE PROTECTION OF KAZAKH STATEHOOD
A tireless explorer of the Kazakh land
SWITCHING TO THE LATIN ALPHABET – UNITE ALL KAZAKH PEOPLE
Kunaev Dinmukhamed Akhmedovich
People who eat horses will kill you
Materials on theme
Leader of domestic historical science: tops ahead.
Kazakhstan — the model of successful statehood
"Central Asia: person, society, state"
Social and demographic problems of the population of the Republic of Kazakhstan (1990 — the beginning of 2000)