Museum of archeology takes important place in museology of Kazakhstan 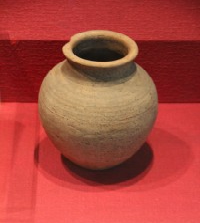 Celebration of 40th anniversary of the Museum of Archeology RSE «Gylym Ordasy» since its foundation is one of the most significant events of the year.
The program of celebration promises to be rich and involves meetings with leading archaeologists, organizing thematic exhibitions.

Museum of archaeology occupies a special place in museology of Kazakhstan. Rich fund of archaeological findings of the museum, showing the cultural and material heritage of the centuries-old history of the people who inhabited the vast territory of Kazakh land has been assembled over many decades by scientists — archaeologists of the Institute of History, Archaeology and Ethnography named after Sh. Valikhanov organized in 1946.

Today, it is a unique collection of exhibits displayed at well-equipped exhibition halls of the museum. Numerous products made of metal, bronze, ceramics and bones found in the extensive research of archaeological monuments — ancient villages, towns and mounds were collected and formed into a single collection. Carefully preserved, they even now are rare and unique items that make up the basic foundation of the country’s only archaeological museum similar profile.

In general, the interest of scholars in archeology as a science that studies the history of society on material balances life and activity on archaeological monuments increases every year. History of the formation of Kazakhstan archaeological science has been closely associated with the name of a prominent scientist-archaeologist, doctor of philological sciences, academician of the Kazakh SSR, Professor Alkey Margulan. He was the first scientist and archaeologist, who could hold for that time, archeological excavations of ancient cities along the Syr Darya, Talas, and Shu. Having examined the excavations of ancient cities like Otrar, Taraz, Sayran and Syganak A. Margulan scientifically proved their cultural-historical existence.

In 1946, he became the organizer and leader of the Central Kazakhstan archaeological expedition, which opened in Kazakhstan’s largest center of civilization of the Late Bronze-Begazy Dandybay culture. Alkey Margulan contributed a lot not only in research and in the creation of the Institute of History, Archeology and Ethnography, but also he had a great merit as a teacher who was able to prepare a whole galaxy of young scientists-archaeologists.
A considerable part of archaeological research belongs to other archeologists A. Nusupbekov, S. Pokrovskom, M. Kozybaev, M. Masson, SPTolstov, A. Bernshtam, M. Gryaznova, A. Okladnikova, A.Maksimova, E.Ageeva, M.Kadyrbaev, H.Alpysbaev, F.Arslanov, A.Orazbaev, B.Nurmuhanbetov and G.Patsevich. Important achievement in research and Bronze Age monuments belong to K. Akishevu early nomads, learning and discovery sites Paleolithic — Zh. Taymagambetov, the era of medieval towns — L.Erzakovich and G.Patsevich, urban culture of the South Kazakhstan and Zhetysu- K.Baypakov.

Important studies have been conducted by Kazakh archeologist on Usuns Culture and tribes, inhabited in the territory of Central Kazakhstan.
Unique in its significance was the discovery of Issyk mounds 5th — 4th centuries BC, showing the high culture of the ancient Saks tribes living on the territory of Kazakhstan, contemporaries of Scythians, Savromats, the Persians and the Greeks of the great era of Alexander the Great. Interesting results were obtained by archaeologists to study the remains of Otrar complex structures of ancient cities 16th -18th centuries.
Development of archeology in Kazakhstan is inextricably linked with the names of all those scientists who have made important contributions to the development not only of historical thought society for the preservation of culture, but also revealed the contribution of Kazakhstan to world history of archeology and archeological science.